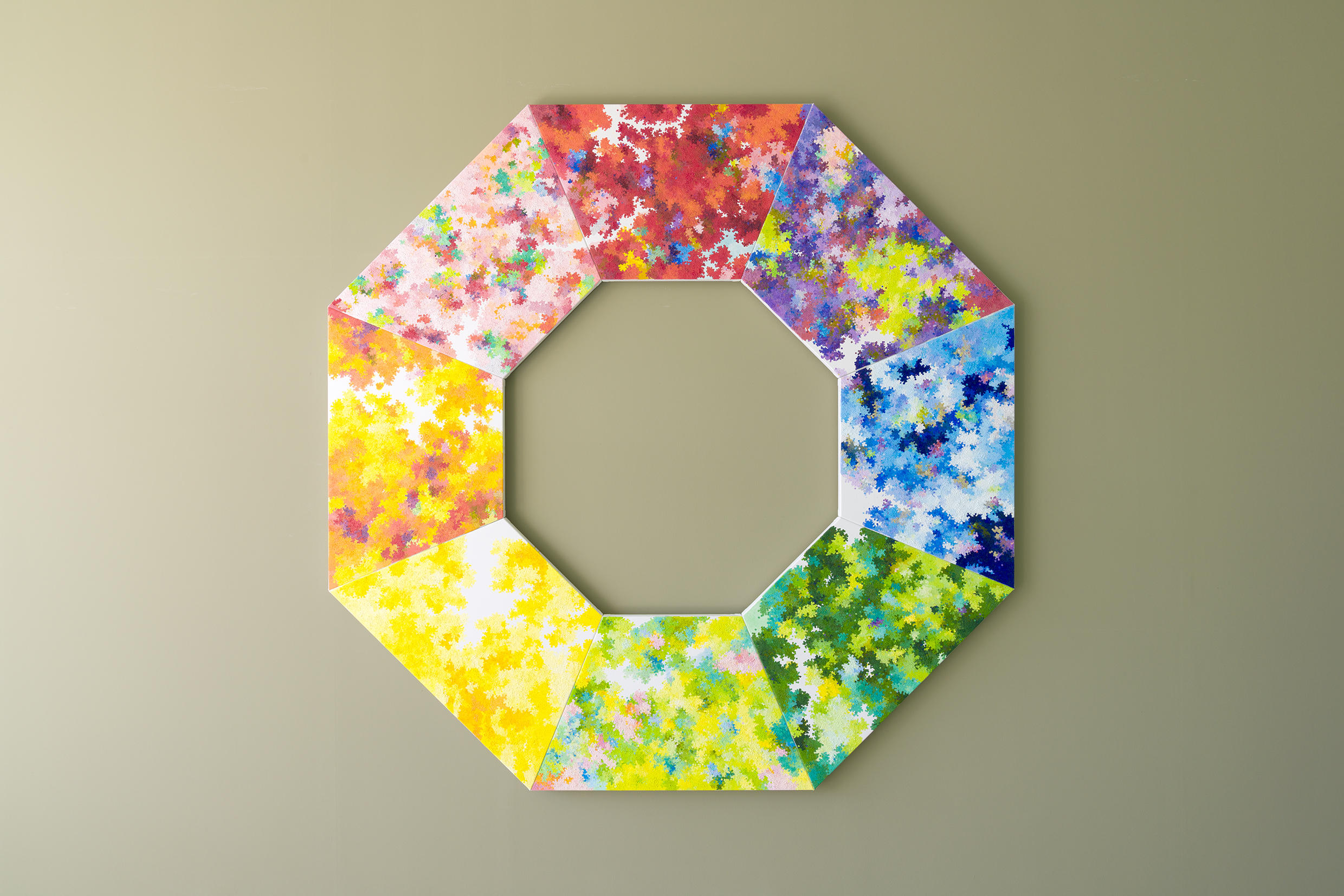 Paintings are generally considered a two-dimensional medium. Yet once you get up close, painting reveal their texture, their three-dimensionality. In a painting’s space, different aspects of the work may emerge depending on your distance and angle, its two-dimensionality connecting with the third spatial dimension. How would an ant experience a painting? Grasping the artwork itself may be an impossibility, but if an ant walks across a painting, does it experience the ups and downs of its two dimensions?

In Superstring Theory, there is an analogy in which the tightrope in the circus tent appears one-dimensional to the clown walking across it and two-dimensional to an ant doing the same. We humans experience the universe in three spatial dimensions plus time, as a four-dimensional spacetime. However, space actually consists of ten dimensions*, the other six dimensions curled up so small they escape our experience.

But this four-dimensional spacetime as we experience it may not exist in the same way for other beings. The world and its experience of it differs for each being according to their senses. This is an idea based on the “Umwelt” theory of Jakob Johann von Uexküll**. According to Uexküll, we humans, who are capable of self-reflection, live in “umwelts” (also called self-worlds; surrounding-worlds) that are different from those of other beings. Following this thought, must this not mean that each individual human also lives in their own personal umwelt?

Satoshi Uchiumi says that he had the idea of “umwelt” on his mind for this exhibition. He worked under the premise that paintings emerge from individual perceptions and relationships, and structured the exhibition in order to make the audience aware of this idea.

From the outside, through the gallery’s window, a painting can be seen occupying the exhibition space at an angle. Entering the venue, you find another painting of the same size installed on its back. These two paintings, each with a different panel division, together form a single image (its lower part displayed on the outside, the upper part on the inside). The full image would exceed the height of the gallery space; it is therefore folded in half, the audience incapable of experiencing it at once in its entirety.

Uchiumi wanders back and forth between two “umwelts” of his creations. The artwork emerges from mutual interchange between the act of painting dots (two dimensions) – a process of spontaneous order, similar to how an ants nest is formed – and an imaginary overview of the scale and structure involved (three dimensions). Uchiumi has come to use creativity and composition to question the self-evident nature of paintings, and in this exhibition he encourages the audience to mobilize such powers in themselves.

The humorous title references Uchiumi’s desire to create an idealized whole (squid/painting) that can be assembled from differently prepared squid parts (fragments) – including paintings in various shapes and configurations.

* There are also theories suggesting 26 dimensions
** Baltic-German biologist born in Estonia (1864-1944). “Perceptual and effector worlds together form a closed unit, the Umwelt” (Jakob Johann von Uexküll, “A Foray into the Worlds of Animals and Humans: With a Theory of Meaning” (transl. Joseph D. O’Neil), University of Minnesota Press) 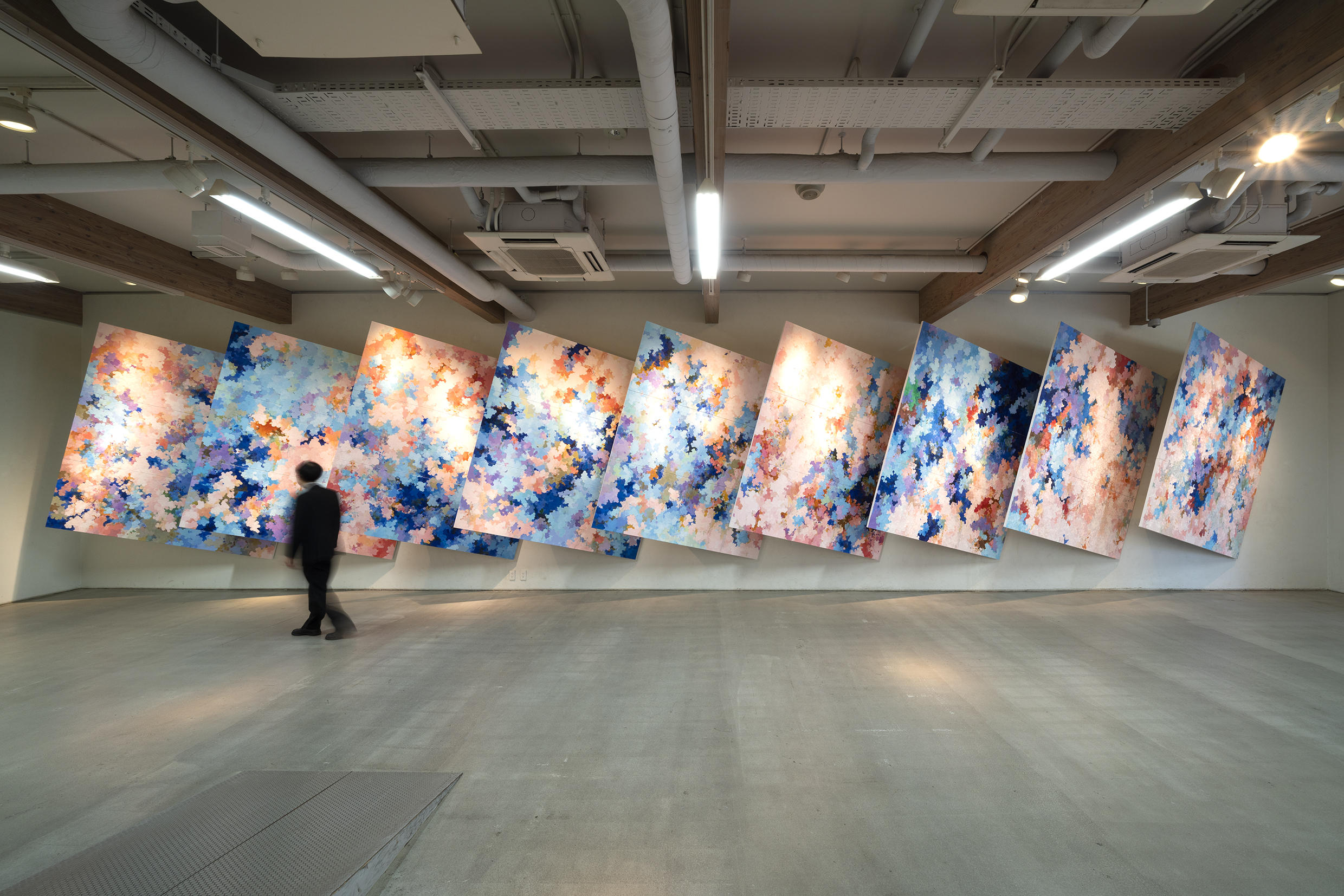 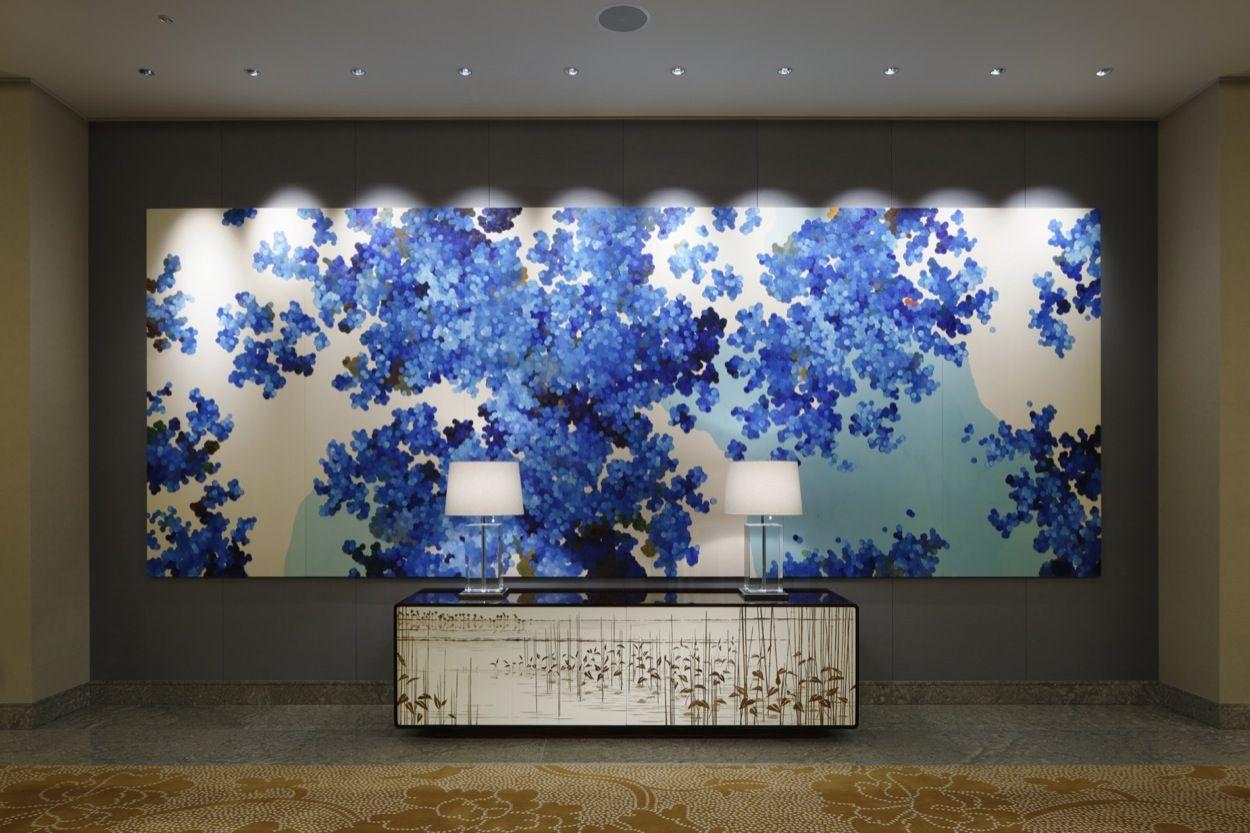 "Under the Color" 2012
The installation view at Palace Hotel Tokyo.
photo by Hideto Nagatsuka