Column on Tadashi Kawamata exhibition, "Starting over, Under Construction"

We are pleased to report the column on Tadashi Kawamata exhibition, "Starting over, Under Construction"

Tadashi Kawamata has realized a roof top installation for his current exhibition Starting over, Under Construction. His idea of using timber collected in the neighborhood goes back as early as to 1984 when he tried to intervene the space of Hillside Terrace in the similar manner. This time, requested by the artist, we exhibit the original maquettes and photo documents of the installation in 1984. As you see in the photos contrasted below, the layout remained the same between 1984 and 2017.
If you look into details, you will discover the familiar artist and staff in full of energy in their young age. There already radical construction of the timbers existed. Some timbers are recognized on the roof top, an early emergence of the roof-top plan. The timbers seem to have hidden the façade of French Restaurant symbolizing the classy culture of the days, and the artist might have challenged such closed society by penetrating the timbers through the site.

Some visitors had witnessed what happened thirty-three years ago. At that time, they came to know the existence of the artwork by magazines or other media, different from today where information diffuses so quickly. The environment surrounding art is also much changing. However, the capacity for accepting public art may have not evolved accordingly, and we must think of it hard. 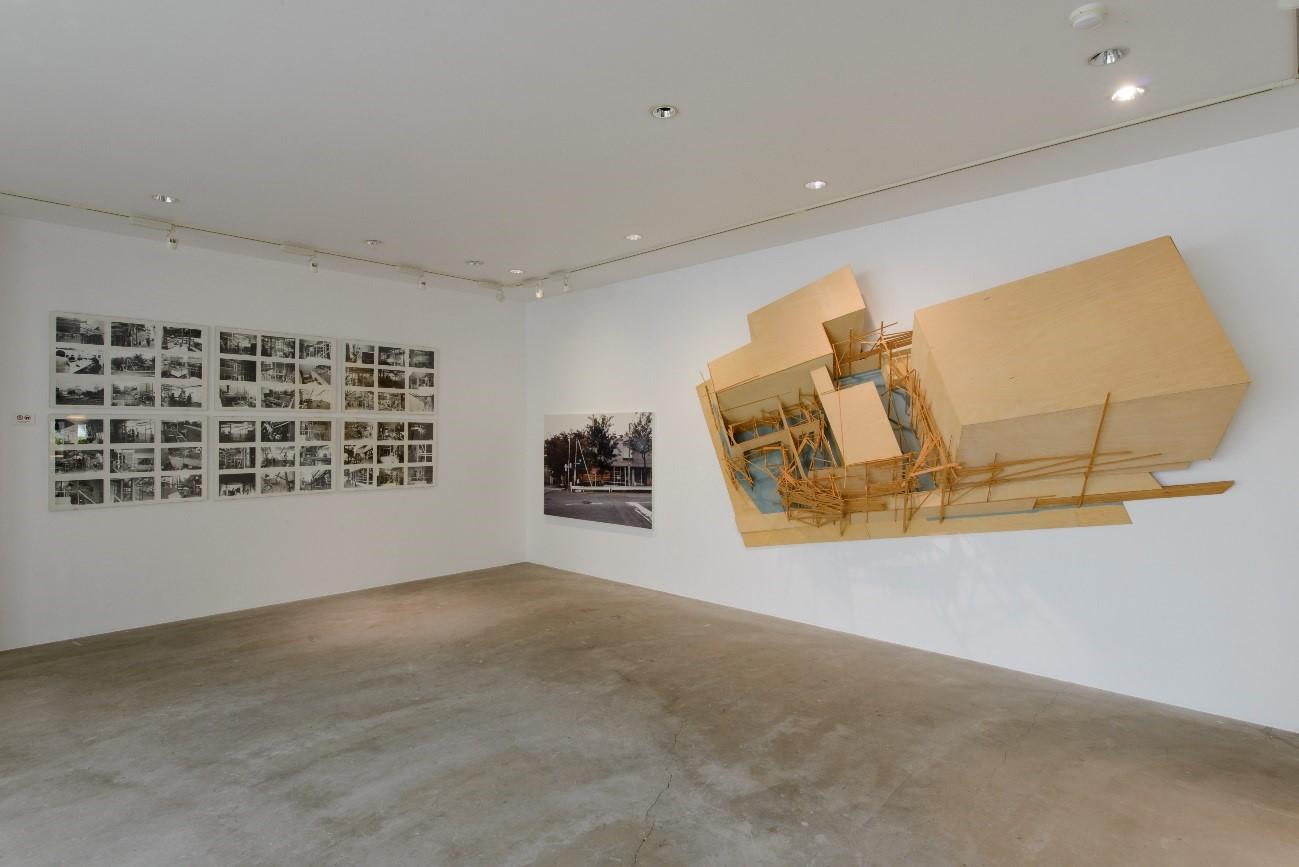 The original text of manifest of Under Construction 1984 goes that:

We will create something synchronizing and harmonizing to what is already there in the given space, and at the same time outgrowing or running off its edge. The landscape which composes the site may foster another unexpected landscape through our challenge.

The essence of the work of Kawamata may lie in this edging or outgrowing of the site, going beyond any border of the land, sky and of the mind of the people. 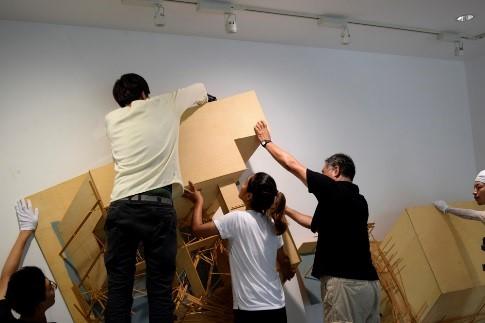