Gyokuju Funada: Into the Forest, Off the Path

Art Front Gallery will present exhibition ”Into the Forest, Off the Path” of Gyokuju Funada at Hillside Forum.
For more information on the artist's profile and works, please kindly check the artist page linked below.
This year is the centenary of the birth of Gyokuju Funada, a painter known for his discreet and detached lifestyle. An exhibition examining his oeuvre has been held at the Nerima Art Museum and Hiroshima Prefectural Art Museum(1). Art Front Gallery encountered this important artist while living his secluded life in Hiroshima, as he had done since the end of World War II. We also had the opportunity of showing his work in Tokyo and Zurich in the 1980s, and again in Tokyo in 2011. Art Front Gallery will now hold a new exhibition of various pieces by Gyokuju, including folding screens, ink paintings and the related personal items which have never been exhibited before. This will demonstrate the artist’s unquenchable spirit of inquiry and his original attitudes toward creativity.

Born in Hiroshima in 1912, Gyokuju showed talent from an early age. His father, a sculptor, encouraged him to go to Tokyo where Gyokuju studied under the Nihonga masters Gyoshu Hayami and Kokei Kobayashi. Gyokuju later participated in the Rekitei Bijutsu Kyokai, an art group seeking free artistic expression under the influence of Surrealism and Abstractionism. His Hana no Y? (Evening of Blossoms), a four-panel screen, was shown at the 1st Rekitei Exhibition in 1938. Gyokuju later recalled how he had painted the blossoms spontaneously first, and then added the branches appearing between them, and that he had finished the work in some two weeks. He said it was nothing less than “my own painting.” It is a superb piece revealing the very essence of modern Nihonga.

Work from his last period, however, often took years to complete, and he held on to his pieces for a long time. Sometimes he placed golden and silver leaves on the surface again and again and painted over them. The results have an animating energy across the whole pictorial space. When composing on vast surfaces, he went to the mountains and fields to take photographs and sketch. He also filled scrapbooks with cut-outs from art books and magazines. Gyokuju was interested in art theory. He experimented with collage compositions of autumn pines and bamboos, using cut-outs which he produced himself with a photo cutter, sometimes lavishly using real paintings on silk or high-quality paper. In these works, never before shown, we can find the artist’s strict control over even a single pine needle positioned on the picture plane, and we can also detect the purpose behind his creations, which was, rather than publicizing his work, an encounter with the self and with history.

Kappa (River Spirit) and Yama no Ie (Mountain Houses) are part of another unmissable group which uses light and naive touches of brush, akin to those of literati painting from the Chinese Southern School. Painting in seclusion and expressing himself through poetry formed the substance of Gyokuju’s life, as someone who “couldn’t help working.” He was in everlasting pursuit of a goal he had not yet fully seen. 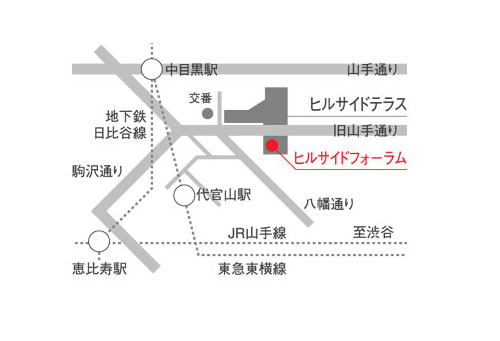