Born in 1977, Brno, Czech Republic. The artist has participated in many notable exhibitions such as Documenta and Liverpool Biennale. In 2010, she has been introduced at Mori Art Museum.

Unlike common understanding of an artist who creates an object by her / himself, Seda working process contains interviews to find problems in people’s life and wprk with ordinary people to create work thorough workshops and games. Hoping to have an opportunity to develop a long term project with people in Tomaru community and the artist, organizers invited the artist long before the opening of the triennale. 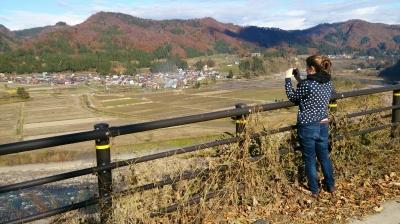 The artist looking over Tomaru community

Working in a completely different situation from her own culture, she was very zealous artist who was eager to know about people’s living condition in Echigo-Tsumari. The arist walked all around the community and waited for people to come in at the only barbershop in the village. She spent a long time considering about the aging problem in the village in order to understand the specificity of the place comparing the same issue happening in European countries. Though she was scheduling to visit the community again in the springtime this year, she also sent out her assistant who is able to speak Japanese to know more about the community. The artist finally sent us so many ambitious plans so that it was very hard to select one plan to be realized.

The plan which was realized was to create a winding line of table which resembles the road and rivers in Echigo-Tsumari. And to make a community area in the line of table an d to place collected albums from the community which represents the present situation of the place. The table should be a place where the people of the community would meet visitors of the triennale from many parts of the world. The installation was held in ex-kindergarten. The line of tables stretches in and out form its building. 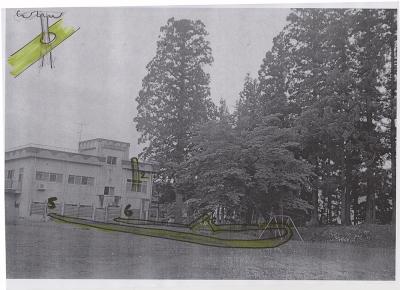 drawing by the artist 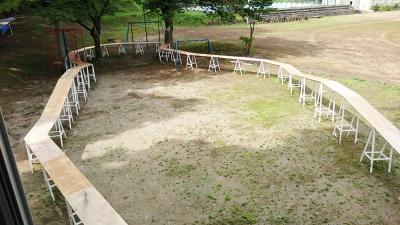 extension of tables in the garden

Tables would go up the staircase and go out. As the real travelers would reach the community using the winding road, visitors to the triennale would find the Tomaru community inside the building. 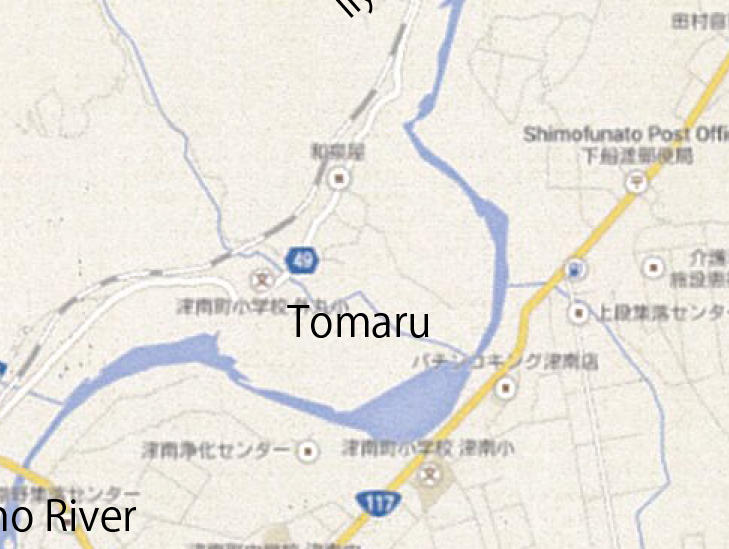 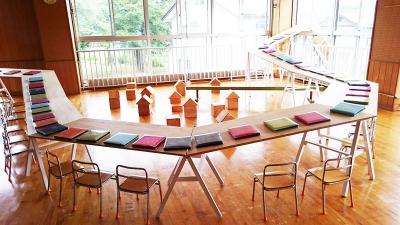 Tables and albums in the room.

Like the real Tomaru community stretches out to Shinano river as shown in the map, the community is represented in the installation with similar curve of the table line. The artist distributed the villagers cameras to take photos their favorite places in the community. There are numbers of old generation living alone finding hard time to make their own album,. But thanks to the communities large help, we were able to collect more than 100 albums for the installation. The visitors to the triennale would actually be able to see these albums. 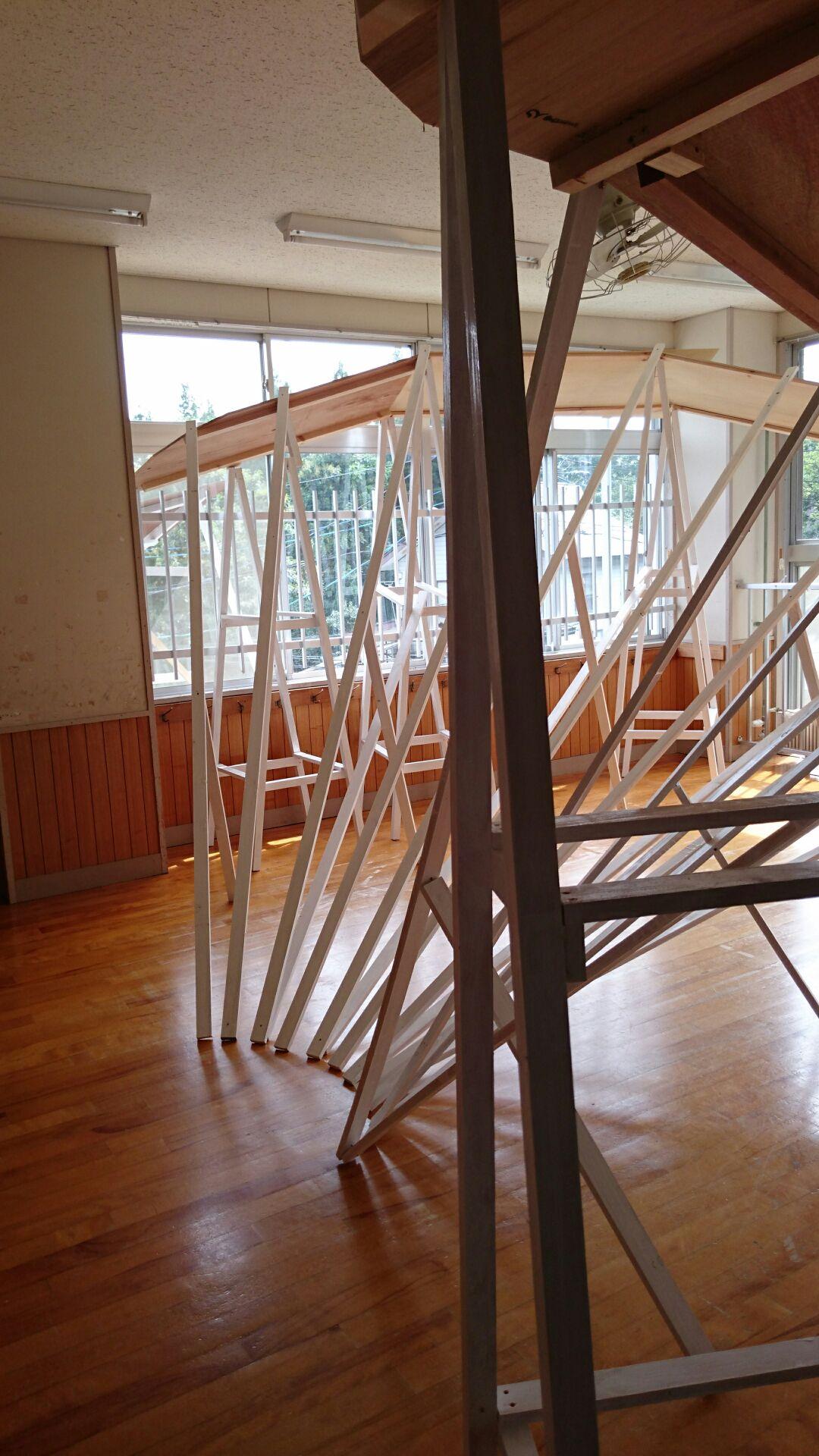 Tables run through the room like a mountain path.

We are able to find more interesting details in the installation such as toy cars running on the curving tables, or real white flags hung on the entrance of their real houses saying the salutes in many different languages. The work is about creating a gathering space for the villagers and visitors. It represents the condensed aim of the triennlae itself.