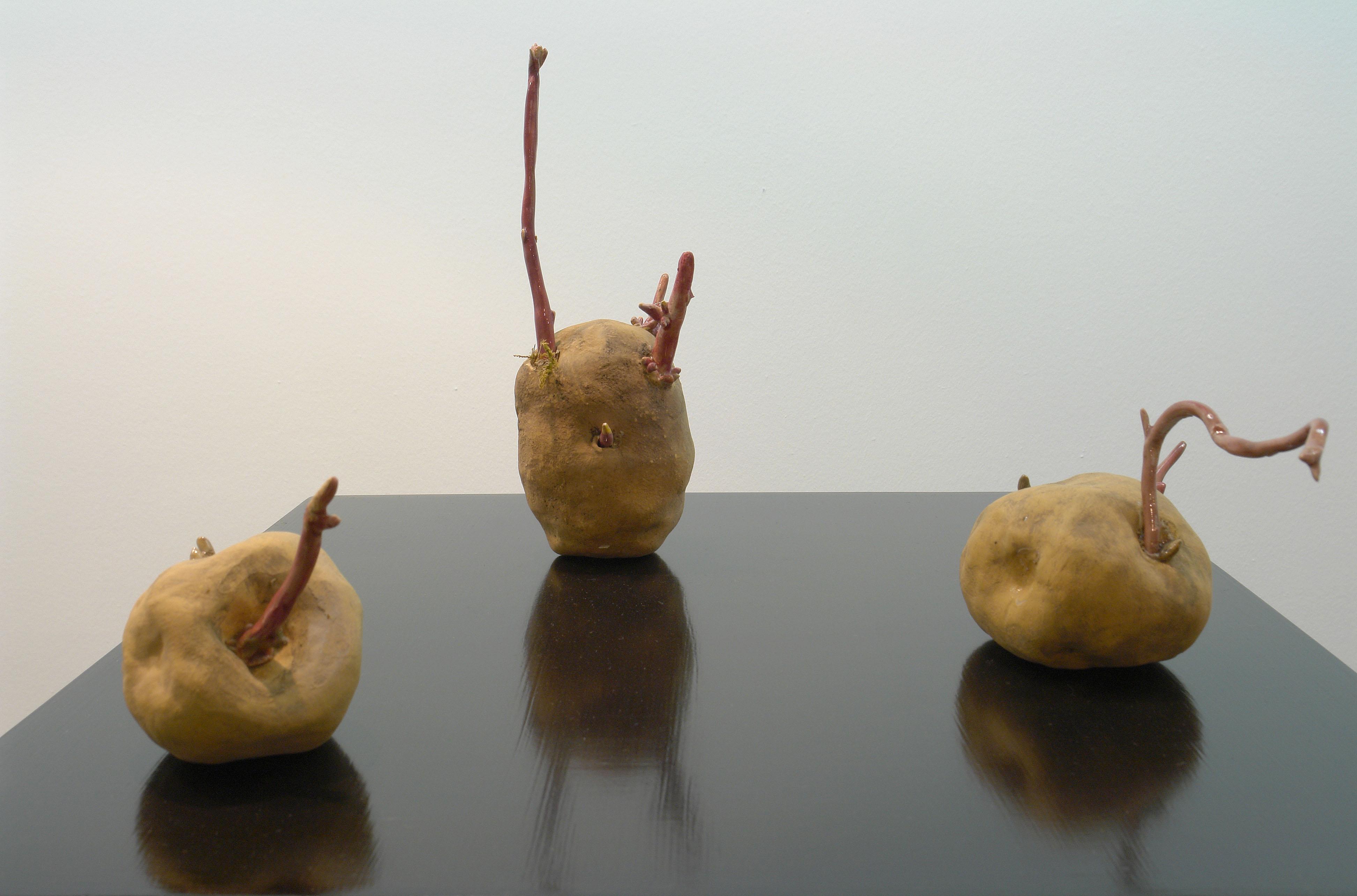 As for us, it is a decade since we met at Echigo-Tsumari Art Triennale 2006, in which Su-Mei was one of the artists participated a residency program based in a village called Kamishinden, arranged by other artist. There she made a work using sprouting potatoes as a subject. Then she was once again selected for participating artist for 2012, which did not happen for her pregnancy and delivery. And for 3rd edition of Setouchi Triennale 2016, her participation realized finally. It is a long-awaited collaboration to realize her work in Japan. Her approach toward the space and environment of the site showed us more than we could imagine. 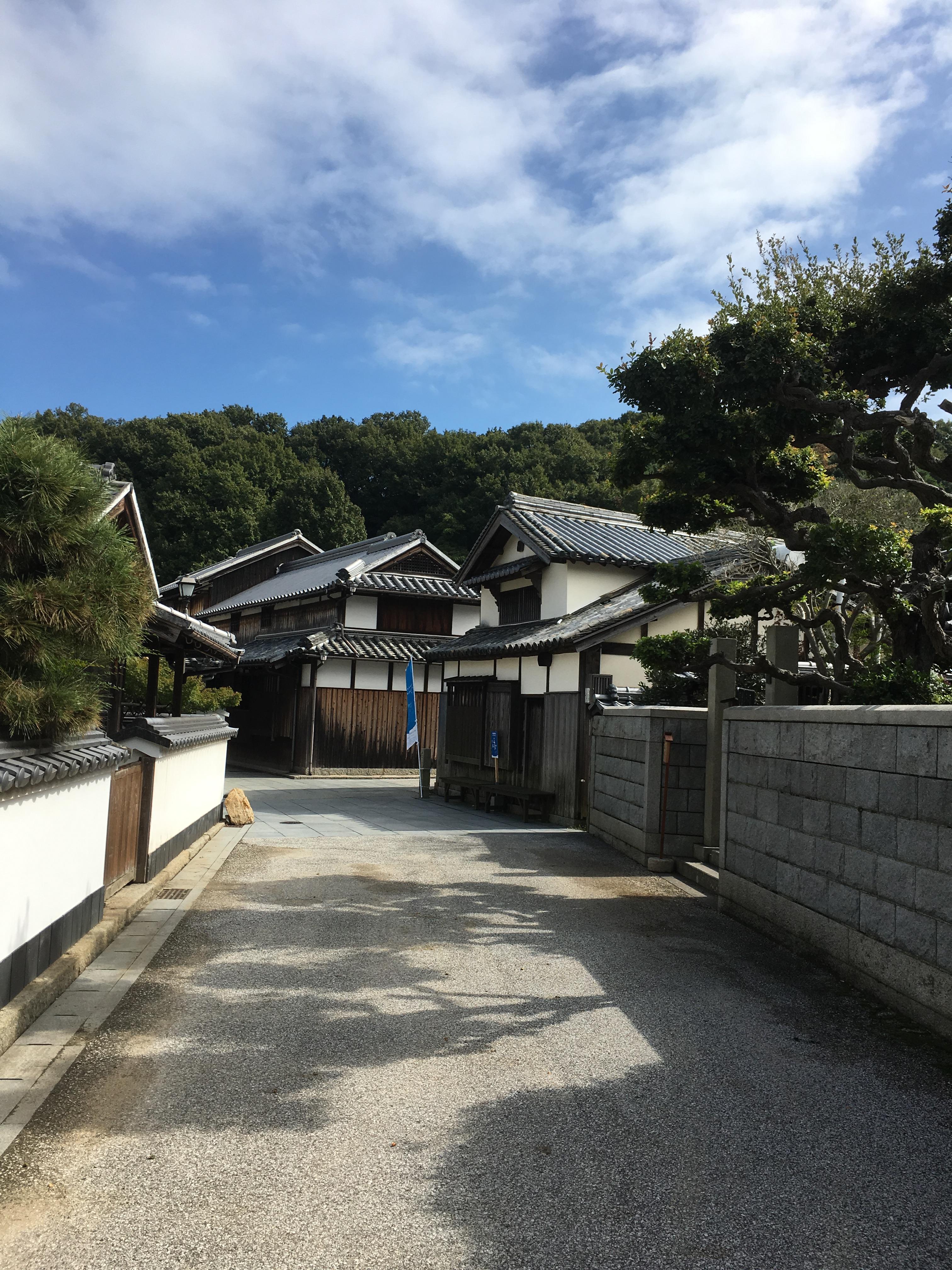 Honjima Island (Marugame city) is an island on the west side of Yoshima where bridge pier of Seto Long-Bridge. Honjima was once the political and cultural center of the Shiaku islands where Shiaku navy had its home port. Su-Mei’s work is installed in one of the 69 traditional houses conserved on the island. The area called Kasajima is where several powerful families flourished. 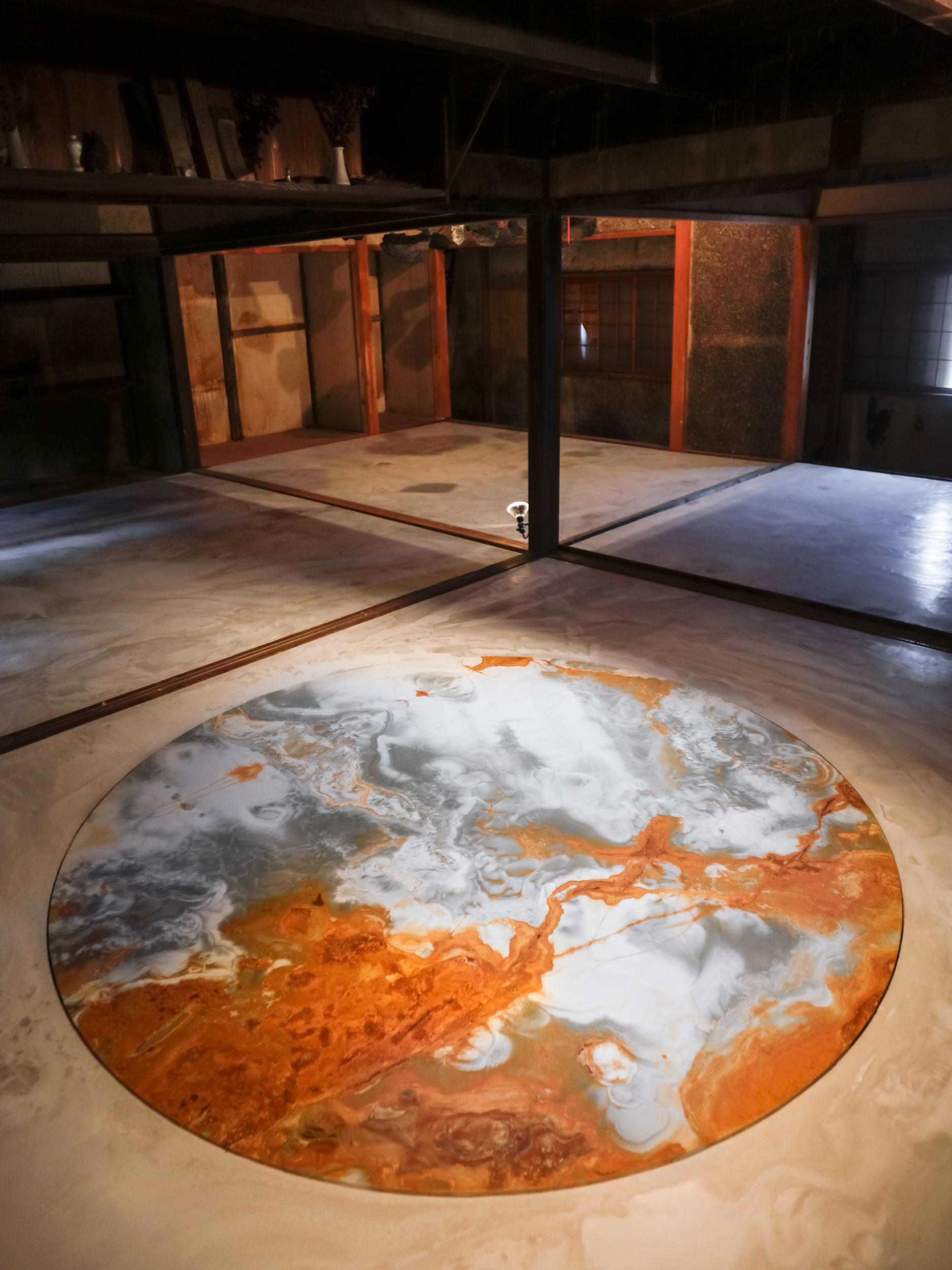 The abandon house which Su-Mei used has more than 300 years history, and 50 years of emptiness since the last house owner was gone. When first visiting the house, Su-Mei felt solitude of the house. Once there must have been a family’s activities. The artist gave the house space a dynamic change by leaving important elements such as girder, central pillar, and alcove and removed other elements. To this refreshed space, she brings large disk shaped genuine Onyx placed on the floor and several igneous rocks hanged from the ceiling and original sounds to compose a site specific installation. 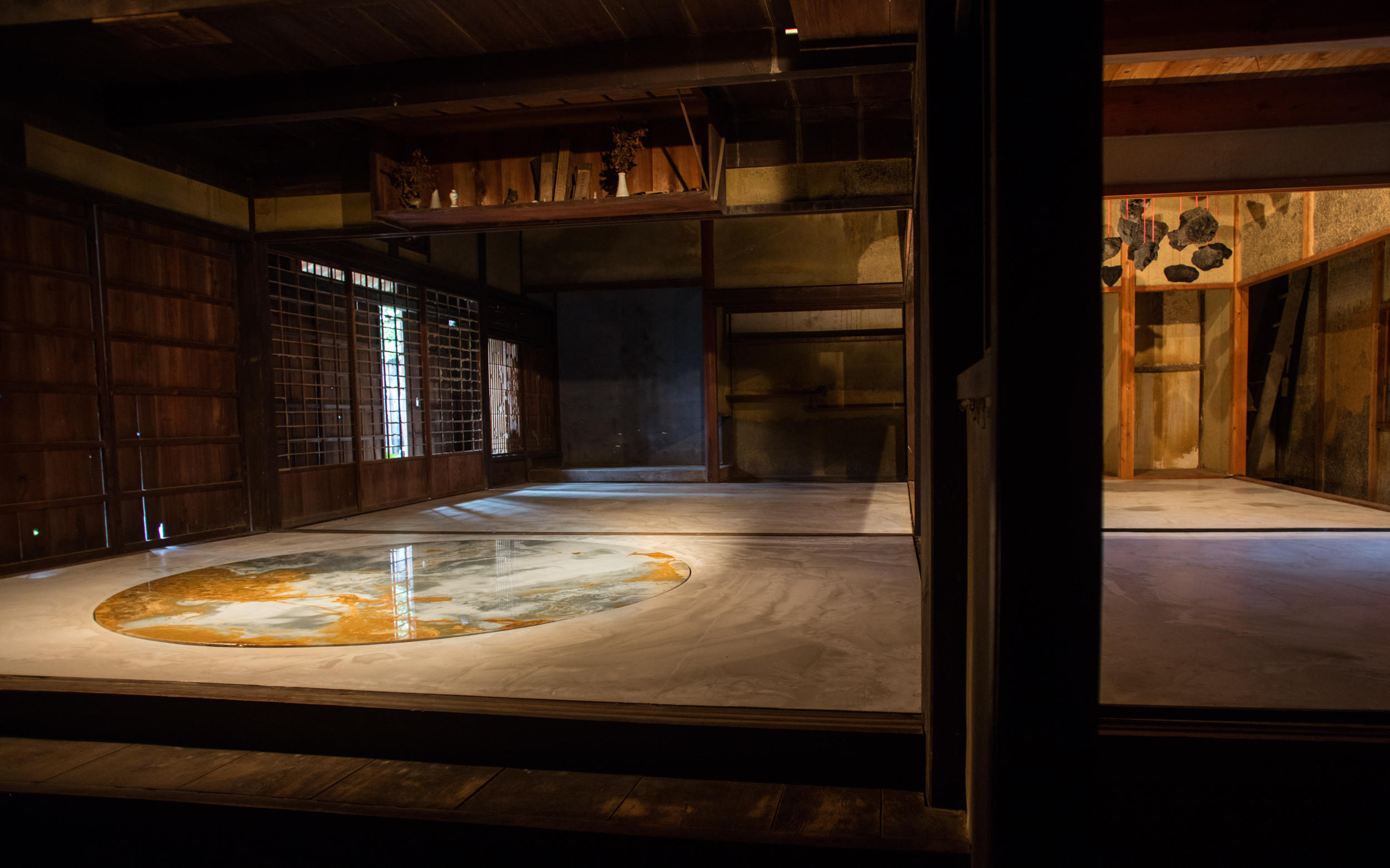 Su-Mei says that it was not her to decide where the site for installation should be, but is was the place that chose her and she just let herself to communicate with the space, like a dialogue. And you can actually feel how she produced the space for us to experience as a whole and let us communicate with the space and its history. The beauty of the natural stone and its layout and the sound composed in the void made at the center of the empty house. This comfortable tense atmosphere and the entire environment are so beautifully harmonized. 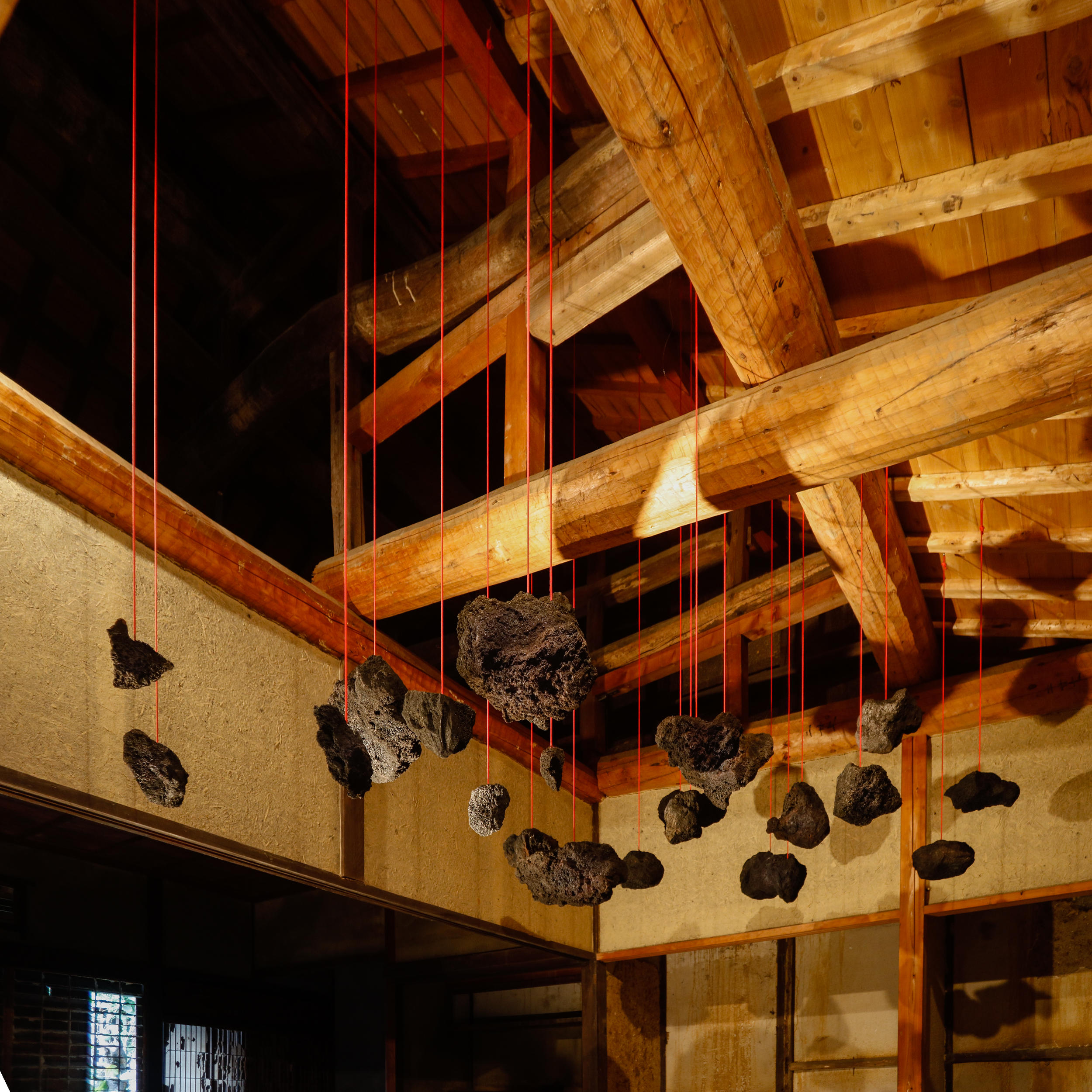 Just near Su-Mei’s installation site, there is Takanbou mountain, where once was a stone quarry for building Oksaka castle. Artist used this background in deciding which material to use for installation in order to pull out the importance and the atmosphere of the house itself. Onyx has been used as amulet stone from ancient time, both in Western and Eastern culture. It seems that this plays an important role to produce the space full of purifying atmosphere. 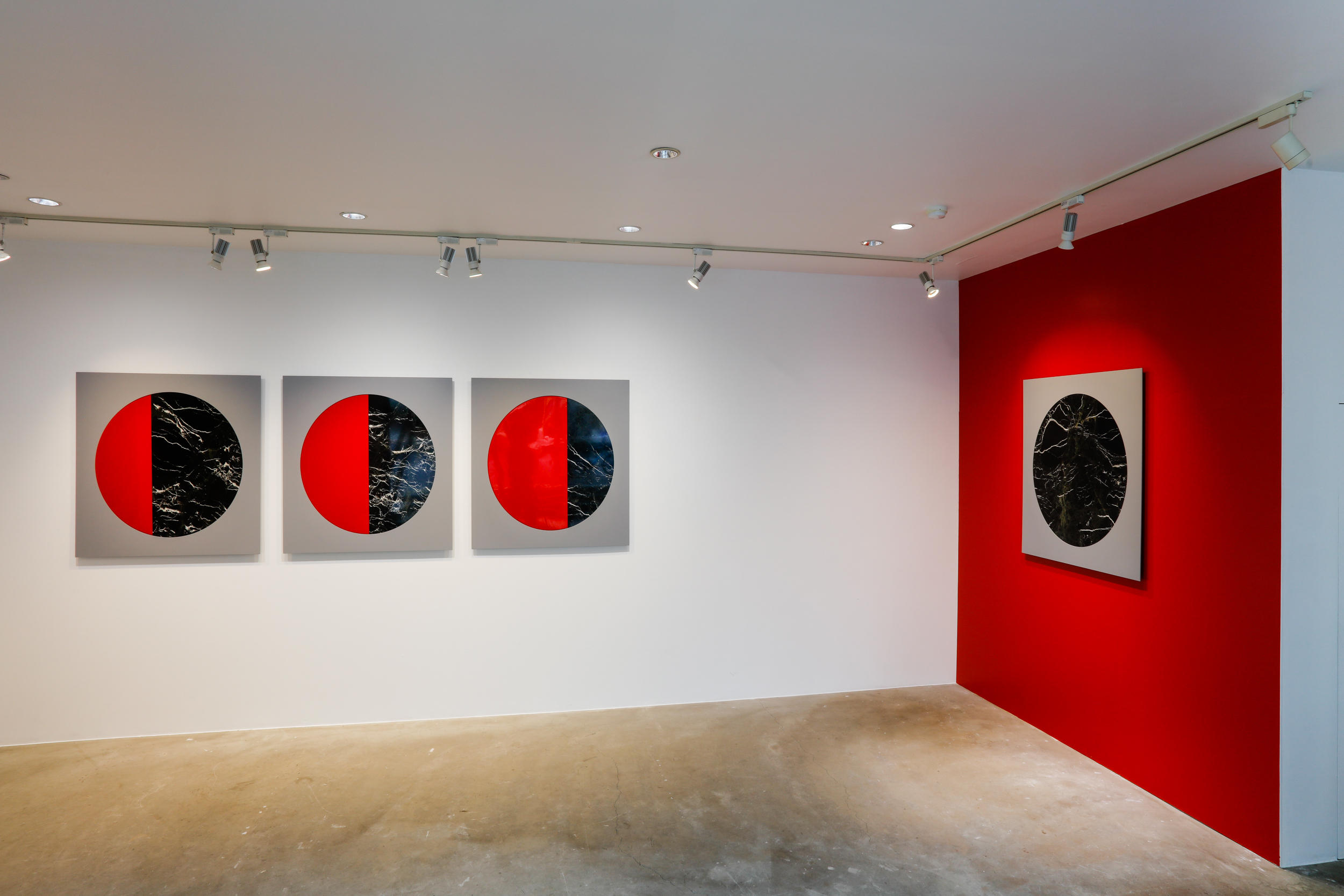 The installation titled “Moony Tunes” is of course a made word using “moon” as of the moon and “tune” as of musical melody or adjusting something. (A playful naming titled after cartoon “Loony Tunes”, she never forgets a sense of humor!) The life by the sea and fishing literary means to live with the rhythm of rise and fall of the tide. Gravitation of the moon is indeed influential to us and our life living together with the sea. The ingenious rocks hanged from the ceiling in the installation seem to be like the islands studding Setouchi inland sea, all influenced by the moon.
This title and the theme are related to her solo show held in Tokyo at the same time. Her work is photogenic and in a way it may be enjoyed through a very useful internet. But we have to emphasis that the materiality of her work and its site-specific installation has to be experienced and not just seen. We hope many will have a chance to experience both venues, Honjima island and Tokyo.
(reported by Hideyuki Shoji, Art Front Gallery)