ART FRONT GALLERY pleased to announce that we hold special exhibition "Breathe (In the Air)" at DAIKANYAMA T-SITE anjin café. This exhibition shows small three-dimensional works by six young Japanese artists, who avidly pursue the new values of Japanese crafts in the field of ceramic, glass, and lacquer. The title of this exhibition, "Breathe (In the Air)" originally comes from the title of the ballad by Pink Floyd, which was recorded for their masterpiece album "The Dark Side of the Moon" in 1973. This song is about to talk a newborn living entity its coming life, feelings, and actions which it might experience from its birth to death. Inspired from this slow-paced and rich in texture ballad, we picked up melting-like organic shaped works which make us feel breath of the life at the time of the melting snow. All appropriately sized works are to takeout just after purchasing. We are looking forward to you feeling energy of the life through this exhibition. 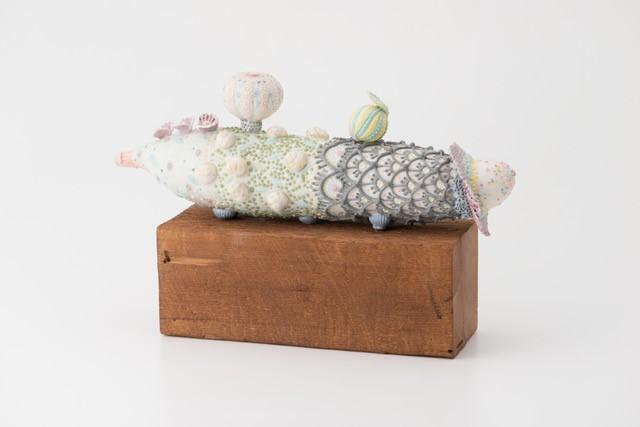 ● Tomoko OOTSUKI
Born in Kanagawa prefecture, 1979. Ootsuki develops fine reliefs on the surface of wheel-made body in ceramic, porcelain and new born. Pastel color is her credit associated with sweets, recently added by black spots to her color palette, contributing her aim of creation of natural lives. 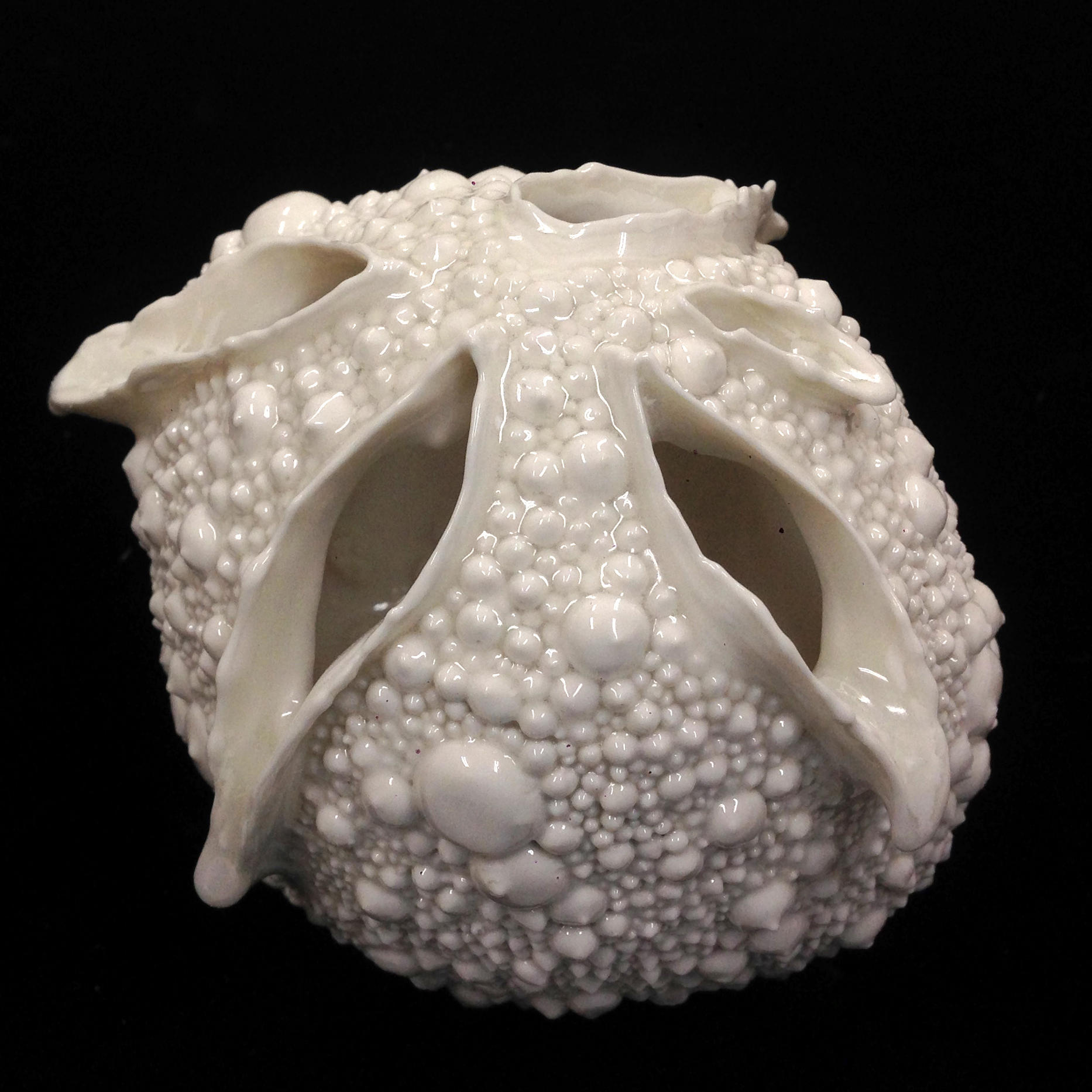 ● Michiko SAGO
Born in Mie prefecture, 1984. Sago creates decorative sculptures by finding forms from plants and animals and reconstructing them. Based on the belief that all creative works are to learn from the nature, she does not make glaze on ceramics, so they have simple texture of the soil. 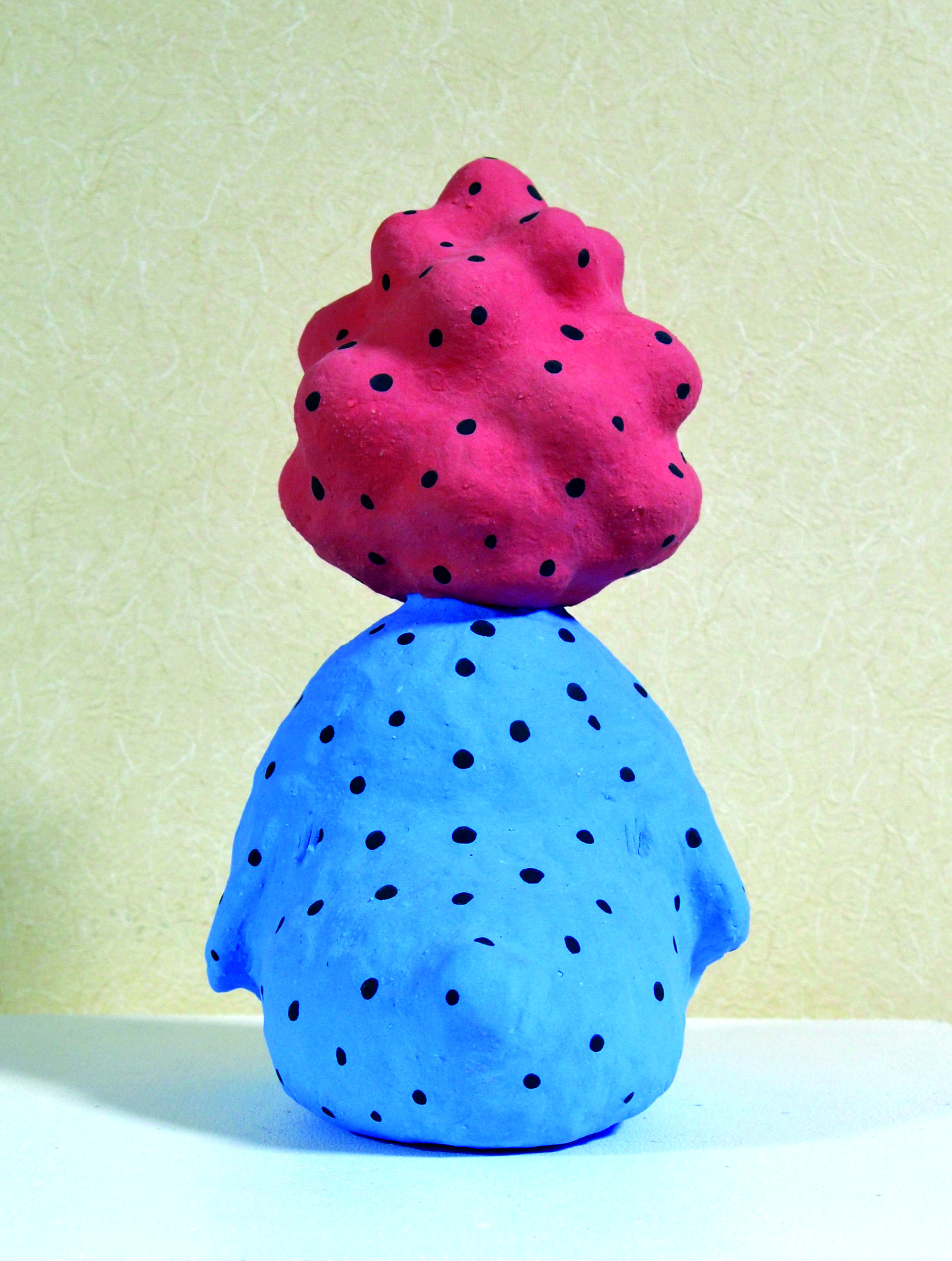 ● Kazutaka SUGITANI
Born in Shiga Prefecture, 1985. Sugitani expresses deep parts of his mind such as the memory, feeling and thought which he experiences every day. By using only his hands, he creates a ceramics work letting us feel a material warm and narrative. 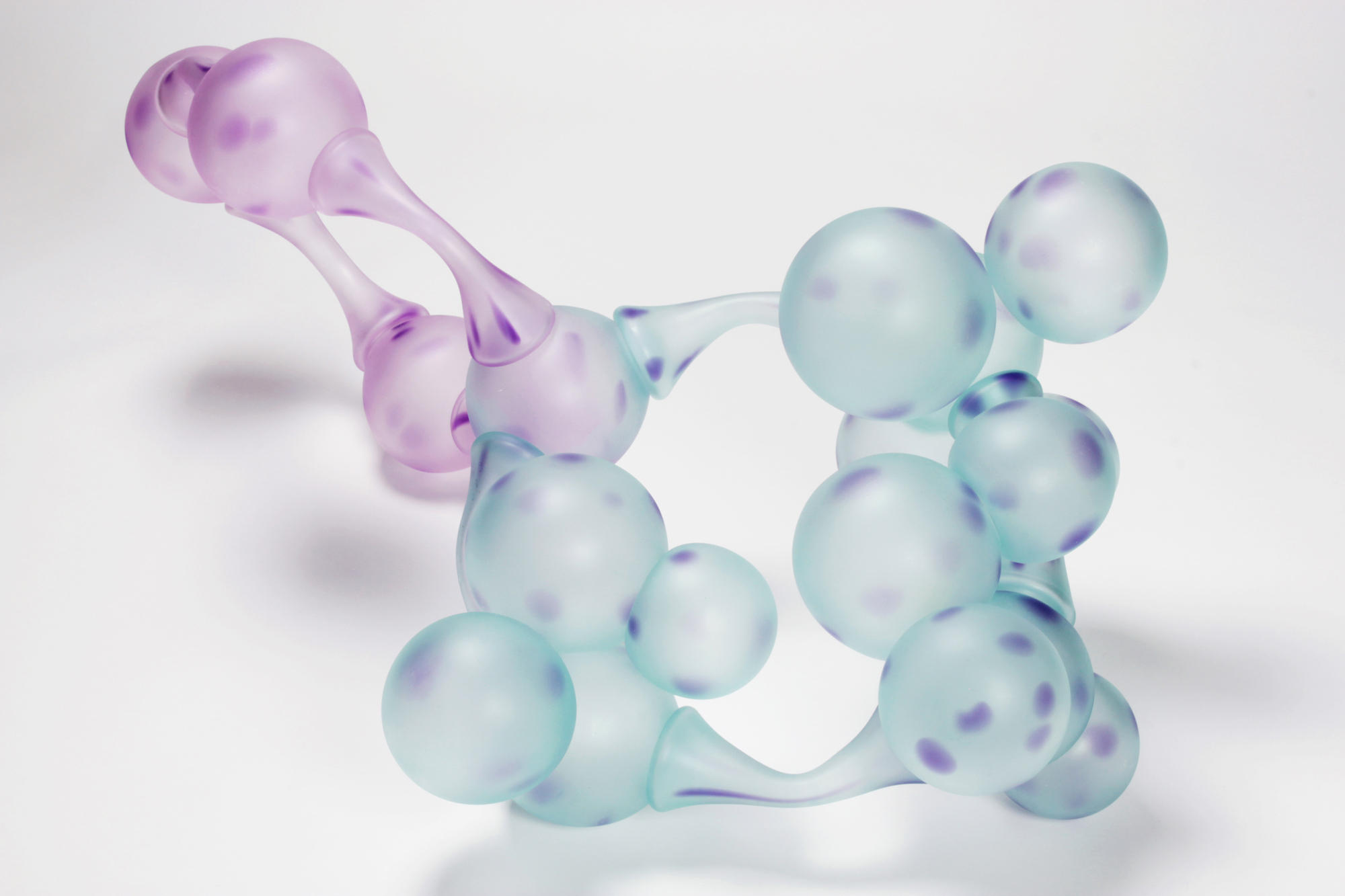 ● Motohide TAKAGI
Born in Aichi prefecture, 1984. Takagi causes to appear illusionistic color and texture on the surface of the glass by sanding the surface and rubbing colors into it. One of his representative works “psychoanalysis” series forms the organic assembly, which plural globes connects each other via joints. 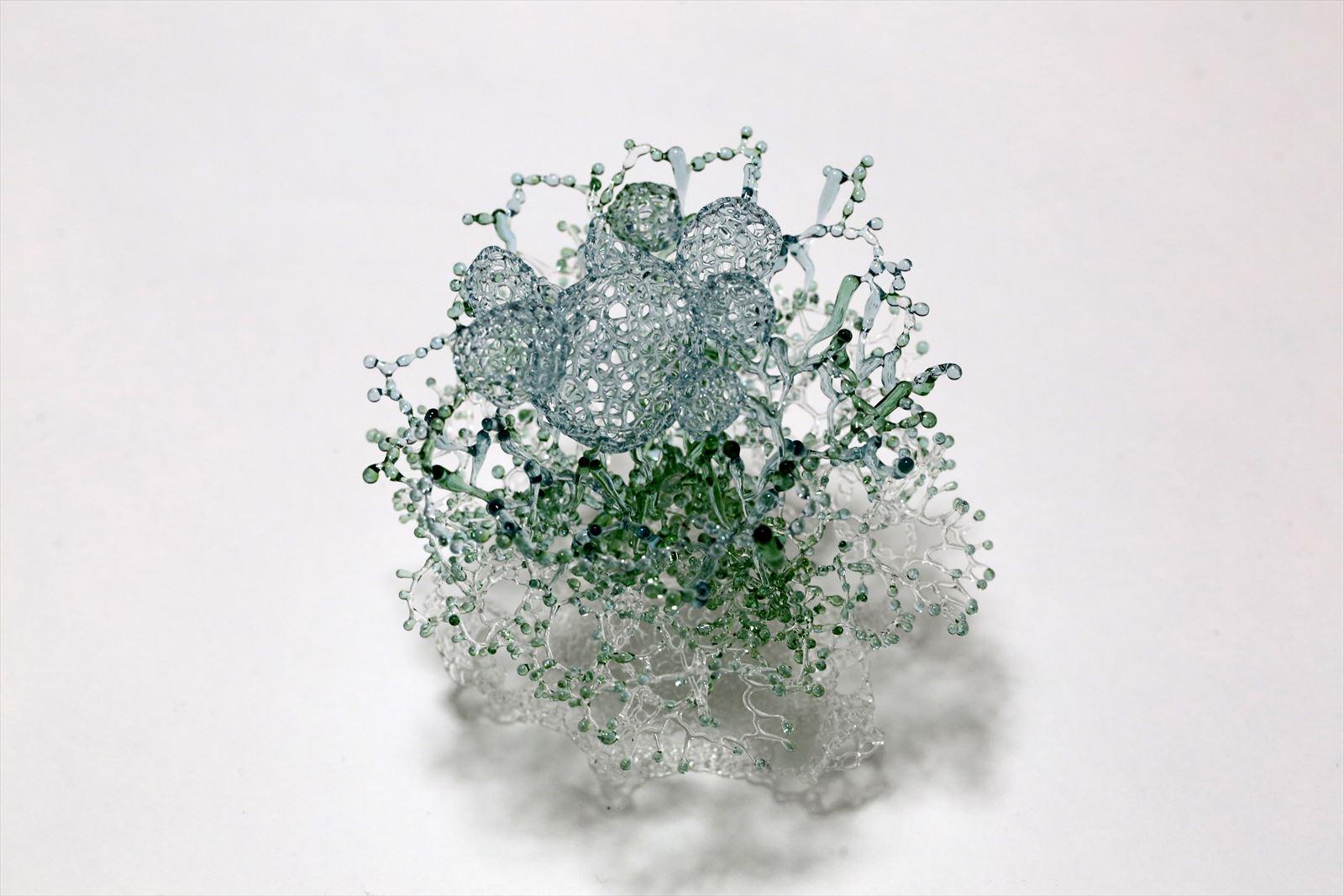 ● Shoko MATSUMIYA
Born in Tokyo, 1981. Matsumiya feels breath to the glass for its unique character, which is able to exist for a long time but on the other hand is fragile. She creates sensitive glass works to express the living entities of the glass in her imagination, which she called "Duquheapuer". 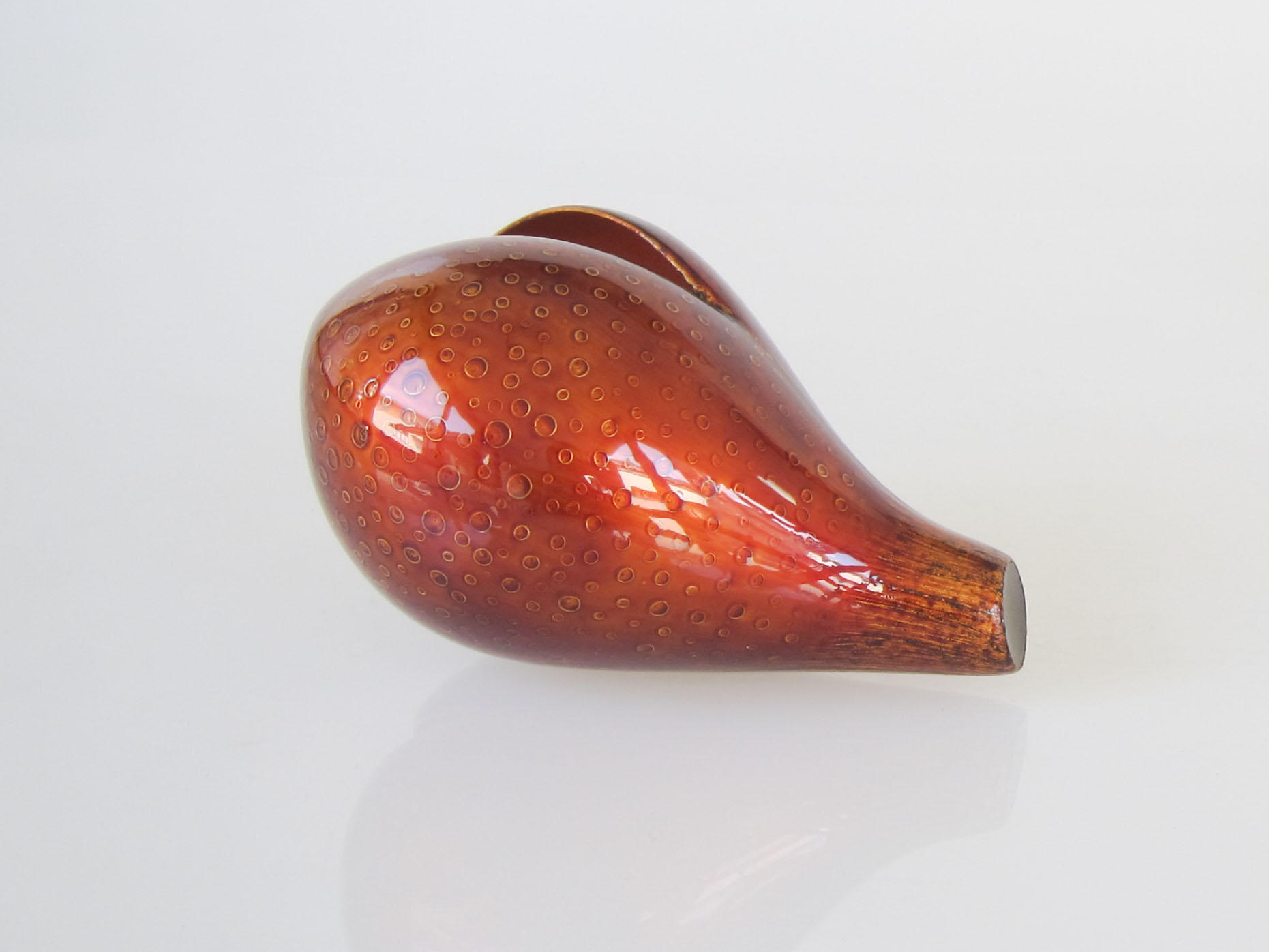 ● Reia MOMOSE
Born in Nagano prefecture, 1987. Momose searches a form to enhance the shiny texture which lacquered coating has as much as possible. Repeating lacquered coating and polishing, her work has an organic shape and its surface is totally covered with lacquered deep luster.