Art Front Gallery will present "Multiples", solo exhibition of Kouseki Ono.
Using handwritten dot pattern as a plate for printing, Kouseki Ono prints various colors over 100 times on the dots by silkscreen printing. The completed object can be emerged as a print work. But, his work differs from regular prints. It is special way of creation that this method does not allow prints to become edition works although using the same print plate.

Moreover, viewers are attracted that the work changes colors by viewer’s visual angle. At “Shiseido art egg” exhibition at Shiseido Gallery in 2009, a few meter wide work was spread on a floor. Audiences were able to walk around the work and experience the color change. Several printed works are gathered to become one work as one single print would be hard to exceed a certain size. Comparing different patterns in different ways, the same work would begin to be proliferated to give viewers different impression of the work.

Besides these two dimensional works, Ono has been working on “transplants” series, by scraping off pillars of ink from the original prints and carefully attaching the ink with tweezers onto another surface to make different artwork. When the artist participated a group exhibition entitled “8th Inujima Time” in Okayama prefecture, he applied pillars of ink onto a cicada’s shell which he found at the site. Since then, he has been exploring this unique method onto skulls of bear, deer etc. Solo exhibition at Art Front Gallery in 2011 showed a peak of the series. Selection of an object to apply pillars of ink is especially important. As its shape of course, but the meaning of the derived work changes by the selected object. Transplants series may still be in the stage of development, but he also started new approach to attach pillars of ink on canvas creating another style of panel works.

Ono’s work style has full of possibilities to be developed toward various directions. But in this exhibition at Art Front Gallery, he will turn back to the beginning at the time of Shiseido, focusing by means of pillars of ink on the visual change and in particular variation of wide combination of material as if it proliferates. Thus, this exhibition will be a starting point for his new attempt. He will seek for “another surface” that is neither a cicada shell nor skulls. His challenge of adding new meaning by applying pillars of ink will continue until just before the exhibition opening. 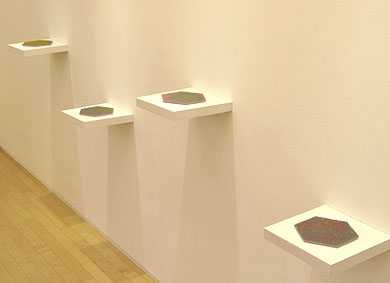 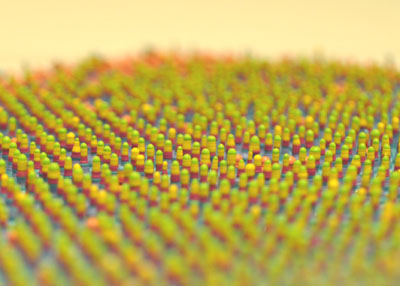