Michiko Isono - Looking into the Street

Art Front Gallery is pleased to announce that Michiko Isono's solo exhibition will be held at our gallery in Daikanyama from 8th November, 2013.
Isono’s Sign series takes images of signboards collected on fieldtrips around the urban landscape of Tokyo and confines them in glass spheres. They brilliantly reflect the characteristics of the group of people making up that particular part of the city. For example, Sign: Shibuya shows us, not high fashion signboards, but a range of casual and demotic ones such as for street clothing, fast-food outlets, consumer credit companies, pachinko parlours, manga cafes, karaoke and DVD booths, and so on, so as to make up the sense of Shibuya’s streets. The work suggests the sociological and consumerist aspects of behaviour among those who gather on the streets of Shibuya. Looking at the spheres from a slight distance makes you realise that the viewers of the work are also reflected onto the glass surface, on top of signboards. They become another layer of the work itself. Layering viewers’ images onto the street’s signboards implies two different types of desire and shows the difference between them. One is the desire to satisfy oneself with UNIQLO or GAP for fashion, with MacDonald’s and Starbucks for food and drink, or Loft and Tokyu Hands for living spaces - that is, the commonly shared consumerist desires regardless of particular town. The second is the desire inherent in the particular culture of that part of Tokyo, say, for Shibuya, 109 and PARCO. The Sign series investigates issues of the urban group behaviour that make up this modern city. It reveals the joy of studying modern social phenomena, by looking at 2013 Japan as if at kinds of sample.

Isono recently shifted her interest to the beauty of colour and form appearing haphazardly when a group of anonymous people or things collect in daily life, such as a scene of laundry flying from balconies of an apartment building, or umbrellas beginning to move when the lights change at a street crossing. Isono is led to admire the beauty lying in people’s everyday lives, not lofty beauty formally constructed, and she appreciates this as if looking at a craft object. Her attempts to isolate the collective unconsciousness of contemporary Tokyo is here refined to the level of an art exhibition. If she induces viewers to make their own critiques of urban life, then this group of works will have proved something in the strength of the human spirit. It will have shown that we can use daily life to overcome earthquakes and man-made disasters on world-historic scale. At the same time, we have a glimpse of the structure of Japanese capitalist society, beckoning one into pleasure-seeking consumerist spaces, with the tempting thought that what in Japan is referred to as ‘3.11’ ? the Tohoku Tsunami and Earthquake Disaster never really happened. 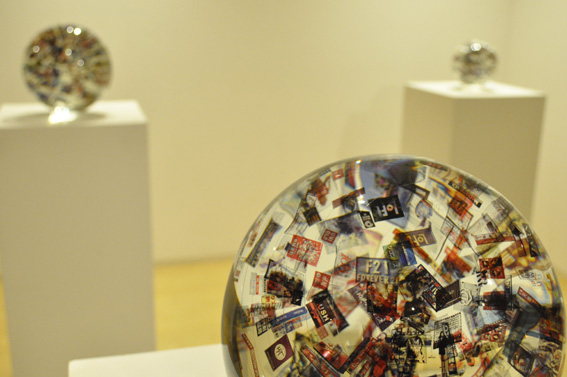 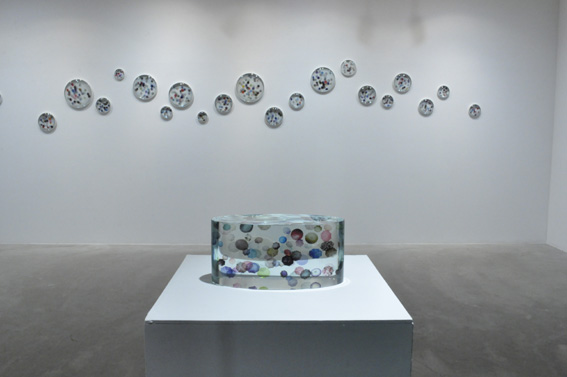