Art Front Gallery is pleased to announce solo exhibition of Kouseki Ono
Kouseki Ono was born in 1979 in Okayama Prefecture. He is best known for Hundred Layers of Colors, a series of works where columns of layered ink create flat surfaces. Each piece is made by transferring hand-drawn dots to a screen on which inks are painstakingly hand-printed, one hundred times, one colour at a time. The resulting field of columns is just a few millimetres high, and mysteriously changes color as observers shift viewpoint, bringing them a fascinating visual experience. The swarm of physical prongs is tactile, giving a sense of what the artist calls ‘physical restlessness’. The works have the eerie beauty and visual textures of moss.

The series was conceived one summer night when a piece of actual moss drifted into Ono’s atelier. He wanted to express the indescribable texture and colour of its minute scales by using print, the medium he was then working on. He found how regularly drawn inorganic dots could achieve a three dimensionality by layered ink printing. The result was a velvet-like texture and delicate tonal complexity across the picture plane as a whole. Viscosity of ink depends on paper used and on the temperature and the moisture of the surrounding environment. This unevenness can be used to create individual works of art each with a different expression. Ono harnesses the qualities of silk-screen reproduction, but takes them to the limit. As he repeats the process of printing many times, an accumulation of small differences emerges, which uniquely and paradoxically leads to one-of-a-kind objects. Ono spent a decade studying and developing this technique, but its extraordinary effect was ultimately recognised when Hundred Layers of Colors（750×900mm×15 sheets）won a VOCA award in 2015 organized by The Ueno Royal Museum, Tokyo.

This is Ono’s first large-scale solo exhibition since winning the VOCA award. We display the most recent elements from his Hundred Layers of Colours series. The show had offered the artist the challenge to evolve, and although he employs the same technique, he has created work with a completely different impression. He uses more vivid colours, and a much stronger impression of flatness is derived from the balance of his moiré-like, uneven visual effects, generated by layered printing. His inventive manipulation of the order and number of colors, and print layers, gives a colouration and vividness not seen before. After yet more trial and error, Ono had arrived at a new horizon in his creativity. We are sure the opportunity to show his most recent layer-printed works, will give Ono the means to leap on even further. 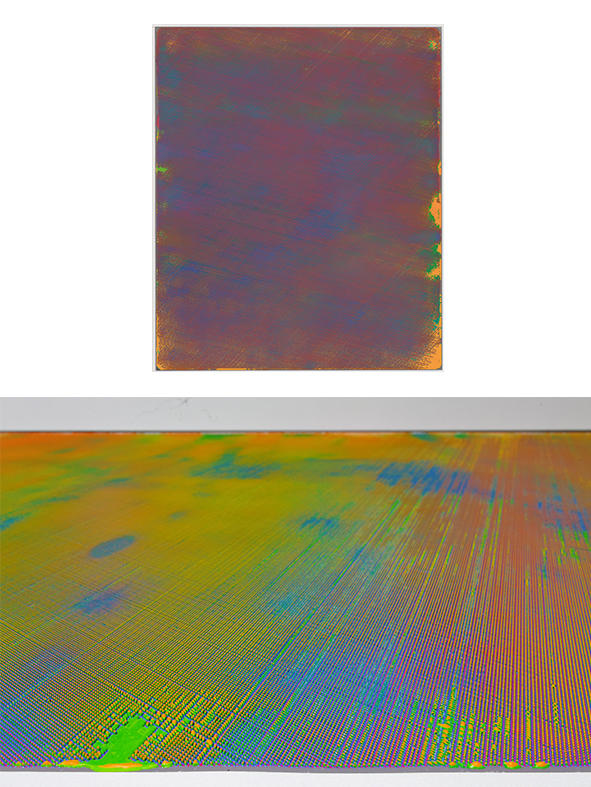 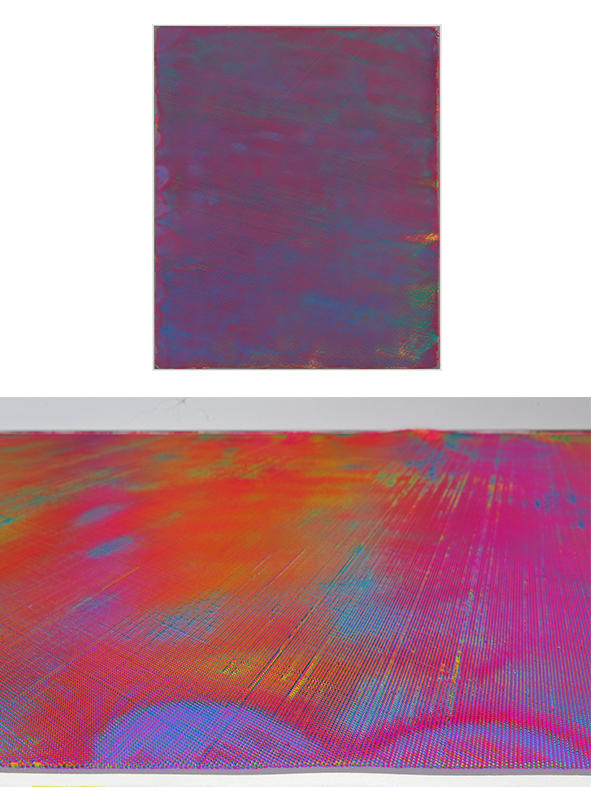 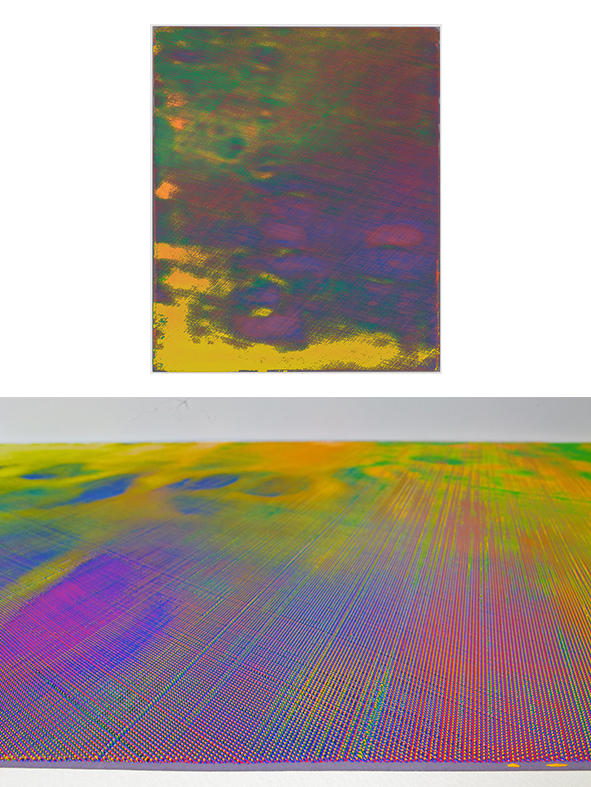 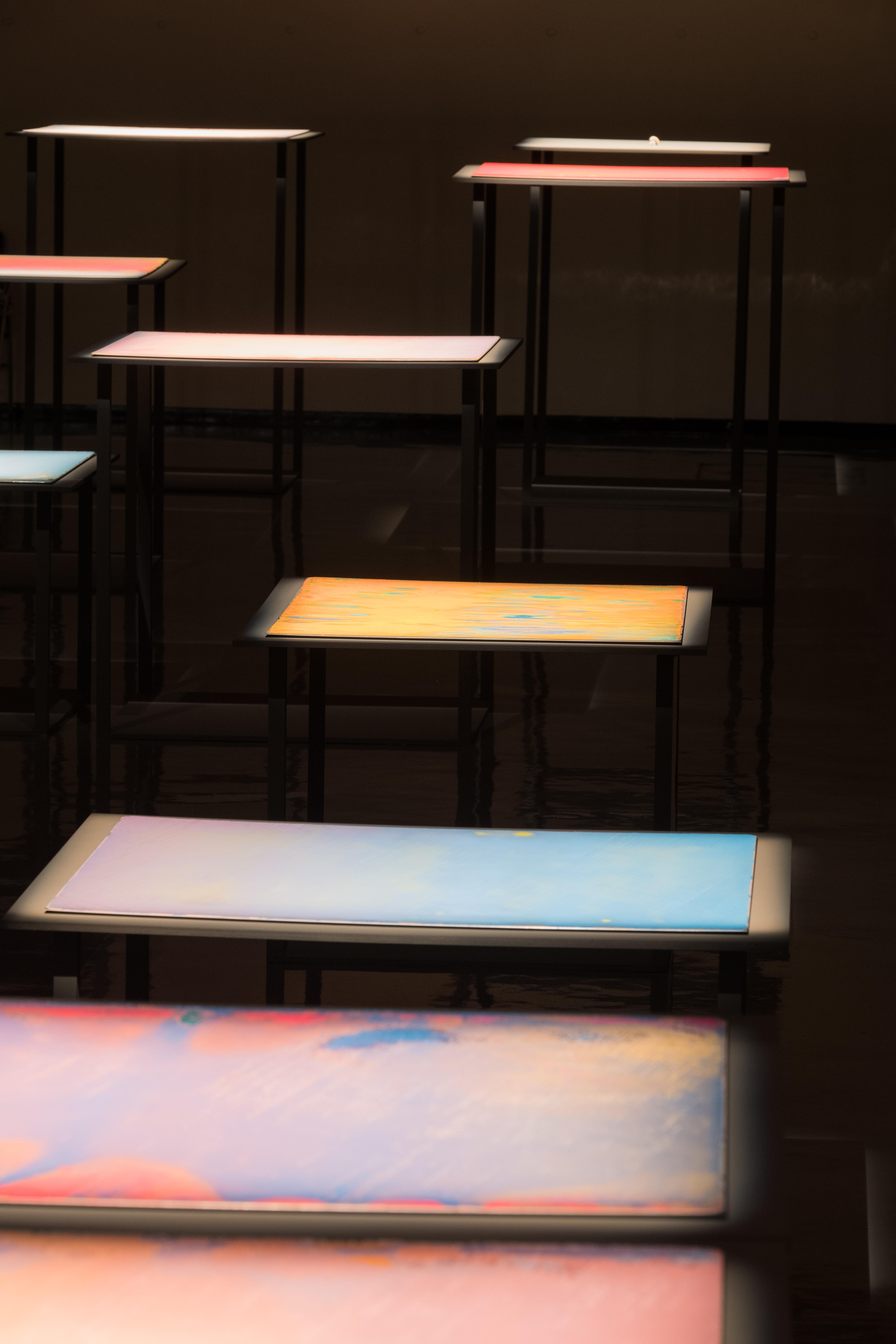 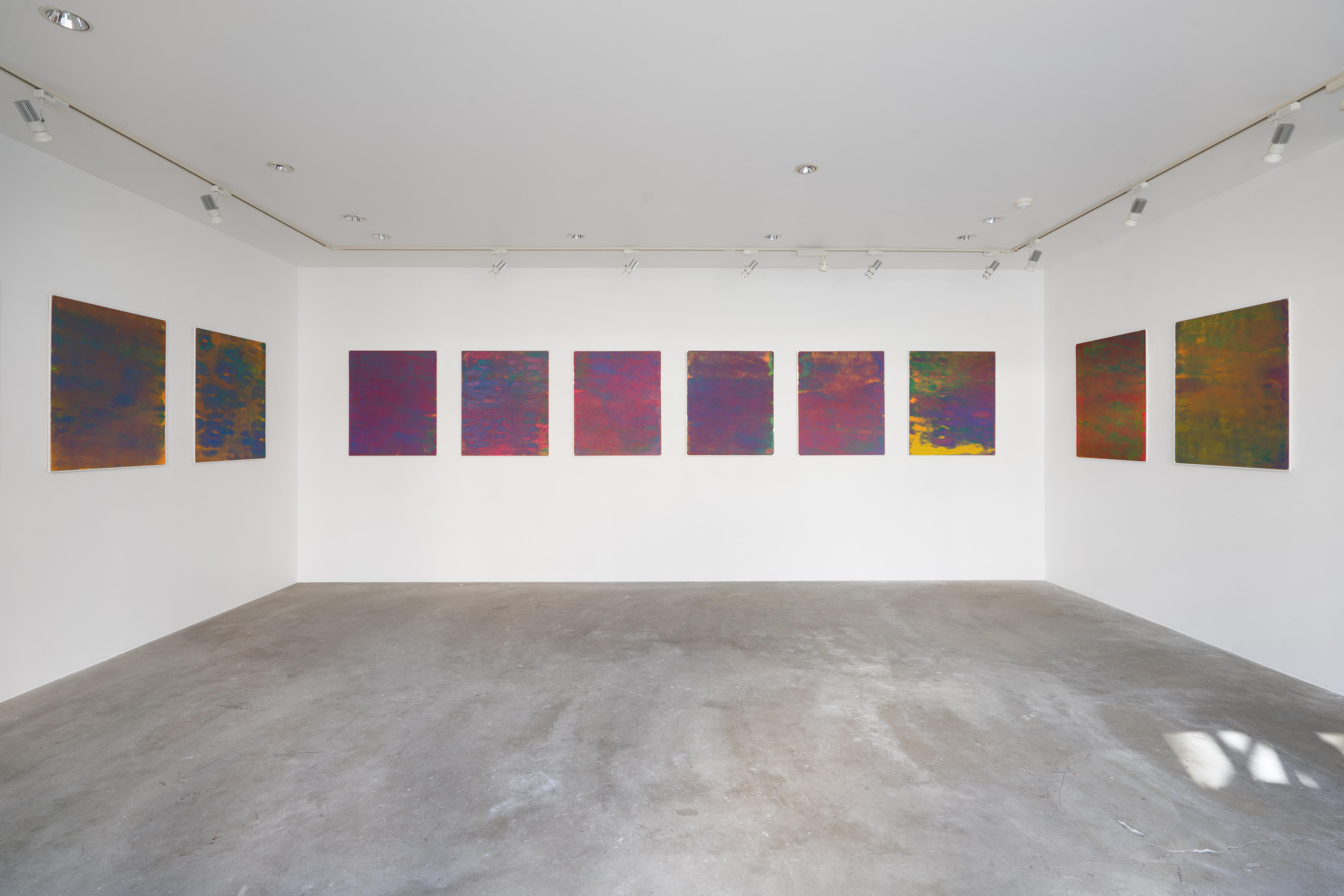