Art Front Gallery is pleased to announce Masumi Nakaoka’s solo exhibition.
Ten years have passed since the first exhibition of Nakaoka at Art Front, and the artist will take this occasion to exhibit her latest as well as recent works. During past years Nakaoka have depicted uncommon motifs found in the city or in other area where blended up the artificial straight lines and curved lines in the nature, altering the rough objects into a harmony of colors and forms on the elegant picture plane. At the same time, she produced works with original color or texture to be appreciated by the audience who overlap the images of Nakaoka with their images kept in their own memories. Keeping the outline of depicted objects, the medium melts down on the blank space on the canvas while her renowned style is also with the blurred acrylic paints or with the shine of resinous paint.


To break up her career once, she spent a whole year in Thailand to teach art in Chiang Mai University reconsidering her attitude toward creation. Communication with the students of the University explored a new horizon as well as new motifs surrounding her in a different culture. That enabled her, for the first time, to embark for questioning herself how to create identity as an artist to realize and to embody her Japanese identity.


This time at the gallery, she depicts "still life", clay objects she produced by herself and put on her paintings. These depicted objects are freed from three dimensionality and seem to float in the surrounding base. In some cases, however, a shallow depth has been realized through use of thick materials. The emphasis on these interest in depth can also be observed in the drawings which divide the wall into the grid. At the solo exhibition in 2015, she represented an abandoned house in the mountain in 105 drawingsl, inviting the perspective of the viewers. We can expect something new this time to question their perspective with new paintings of her own atelier.


In the other gallery room, she exhibits a series of woods. She once researched the Old Asakura Residence in the south of Hillside Terrace our gallery is located in, where more than six hundreds of trees used to thrive to create almost a forest. Now the garden has been organized and is open to public. Inspired by these deep scenery with woods, she took photos to create paintings of the series of woods. She will juxtapose the woods of Daikanyama together with those of other areas. We hope that you will enjoy the paintings of Nakaoka with various process toward the artworks. 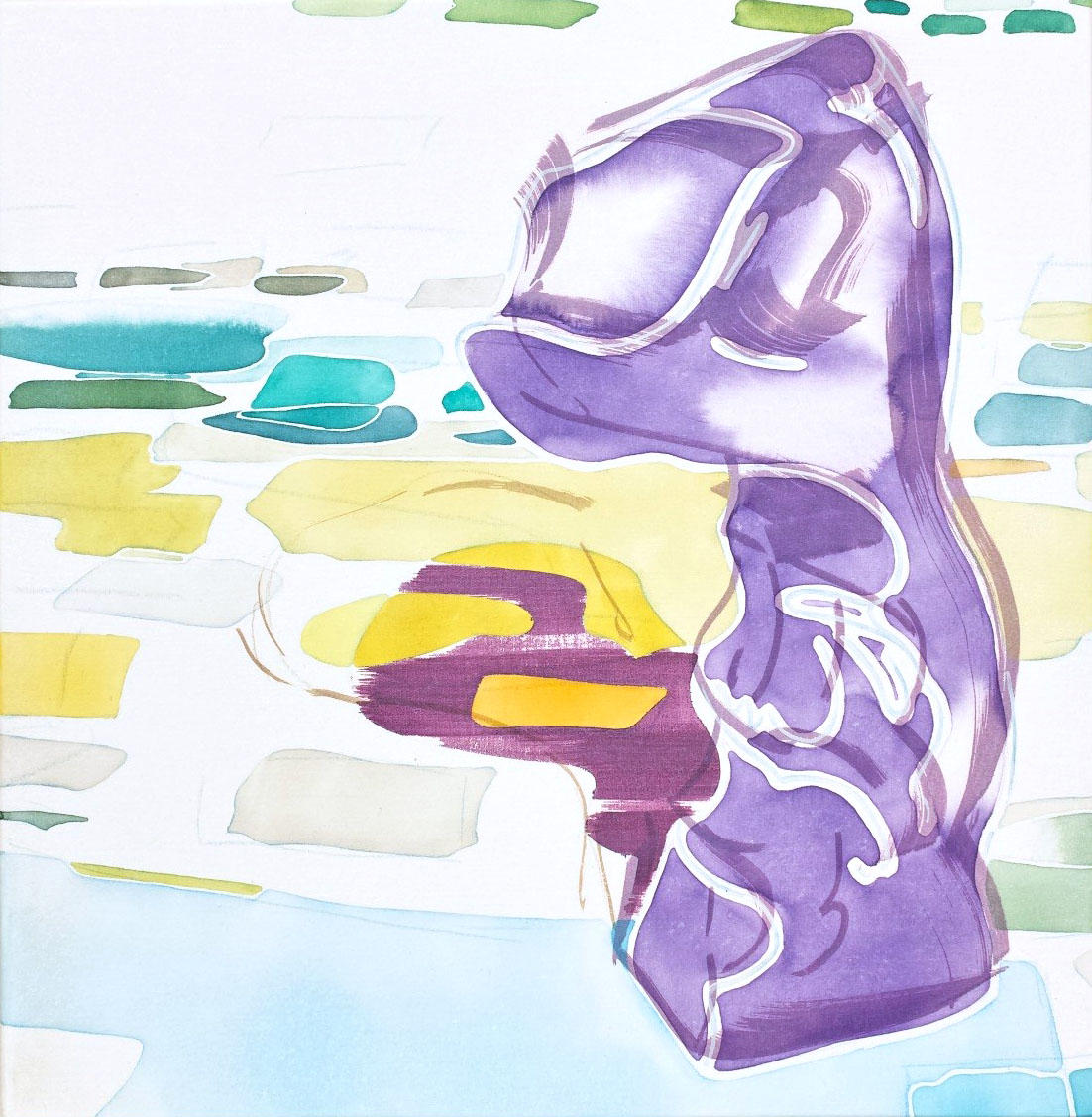 
I was excited to learn that Masumi Nakaoka is presenting her new work this year. I am sure we can expect some surprises.

Masumi makes landscapes of the mind generated in four-dimensional space. The artist paints scenes only she can see using acrylic on canvas. Viewing her two-dimensional worlds, we turn them into landscapes of our own minds too.

Masumi once stated, ‘If for example I draw a house, it is not in order to reveal the form of a house. I use a house to express something else. I search for forms that touch the emotional subconscious and then I materialise this like a skin over the canvas’.

Most of her paintings from that period had captions describing concrete scenes. Some were quarries, or the Atomic Dome in Hiroshima Peace Park, or abandoned houses; some were titled ‘oval’.

There is no point trying to discover these things in her actual paintings. For my part, I just wanted to gaze at their beautiful colours, trying to come up with my own captions, or sometimes even with my mind totally blank.

On 9 February, 2004 I handed Masumi a letter of thanks at Kyoto University Clock Tower Centennial Hall, and we had the chance to talk. I explained to her how haiku represent a segmented moment of time, and that it occurred to me her paintings were similar. Haiku depict a moment, but the writer has to go through trial and error to get to that.

Later on, I had several opportunities to see Masumi’s solo shows. She retained the same acrylic on canvas style in FALL line (2004) and Drip (2006). But when I saw her work near the US Consulate-General, on entering the gallery, I was overwhelmed by encountering the changed use of colour.

What inspiration will she give me this time? I am looking forward to finding out. 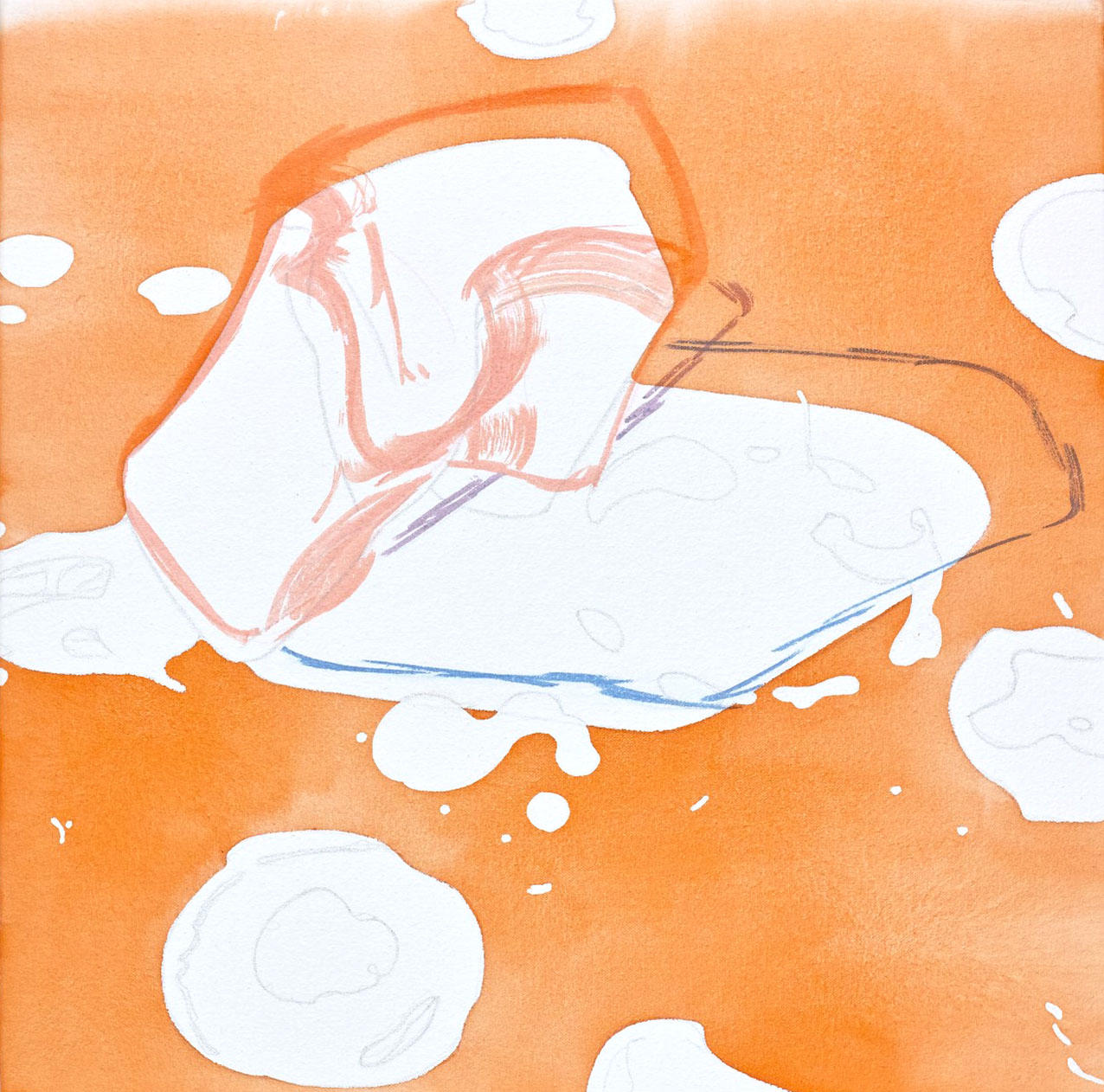