Kiyotsu Warehouse Museum was open in 2015 as one of the most attractive sites in Echigo-Tsumari art Triennale 2015. Four domestic artists are shown there; Noriyuki Haraguchi and Noe Aoki with iron works, Shigeo Toya and Toshikatsu Endo with wood pieces. All are fairly large size massive leaving space which resonate with each other. 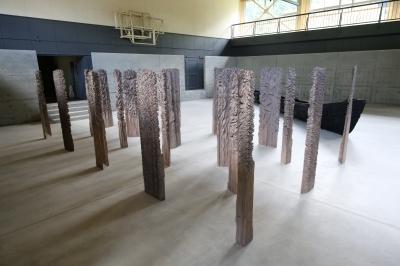 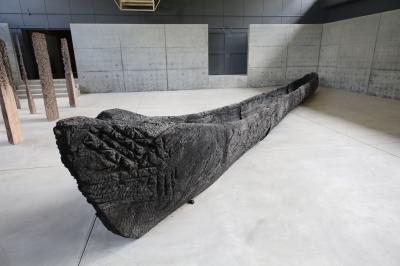 These artists have long career and have been highly estimated in foreign countries. Haraguchi recently had his piece in collection in a museum of Europe, Aoki had a solo show in 2014 travelling in Switzerland, Poland and Germany. Endo and Toya were in the renown exhibit Primary Spirit curated by Howard Fox in 1991. They were discussed then to have a close attitude toward nature and show great respects for their (mostly natural) materials and creative process. They create and present their works as aspects of the universe, functioning within and as part of a larger natural order, contrasting to the Western modernist concept of autonomous works of art. Now after more than twenty years, their work appear as new as before. 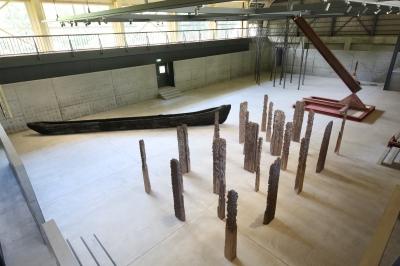 This Museum is supposed to be a Branch Museum of Kinare, a renovation of former Kiyotsu Primary School. Renewed by the architect Sotaro Yamamoto, it suites well to house contemporary art. There is also a café to welcome you!