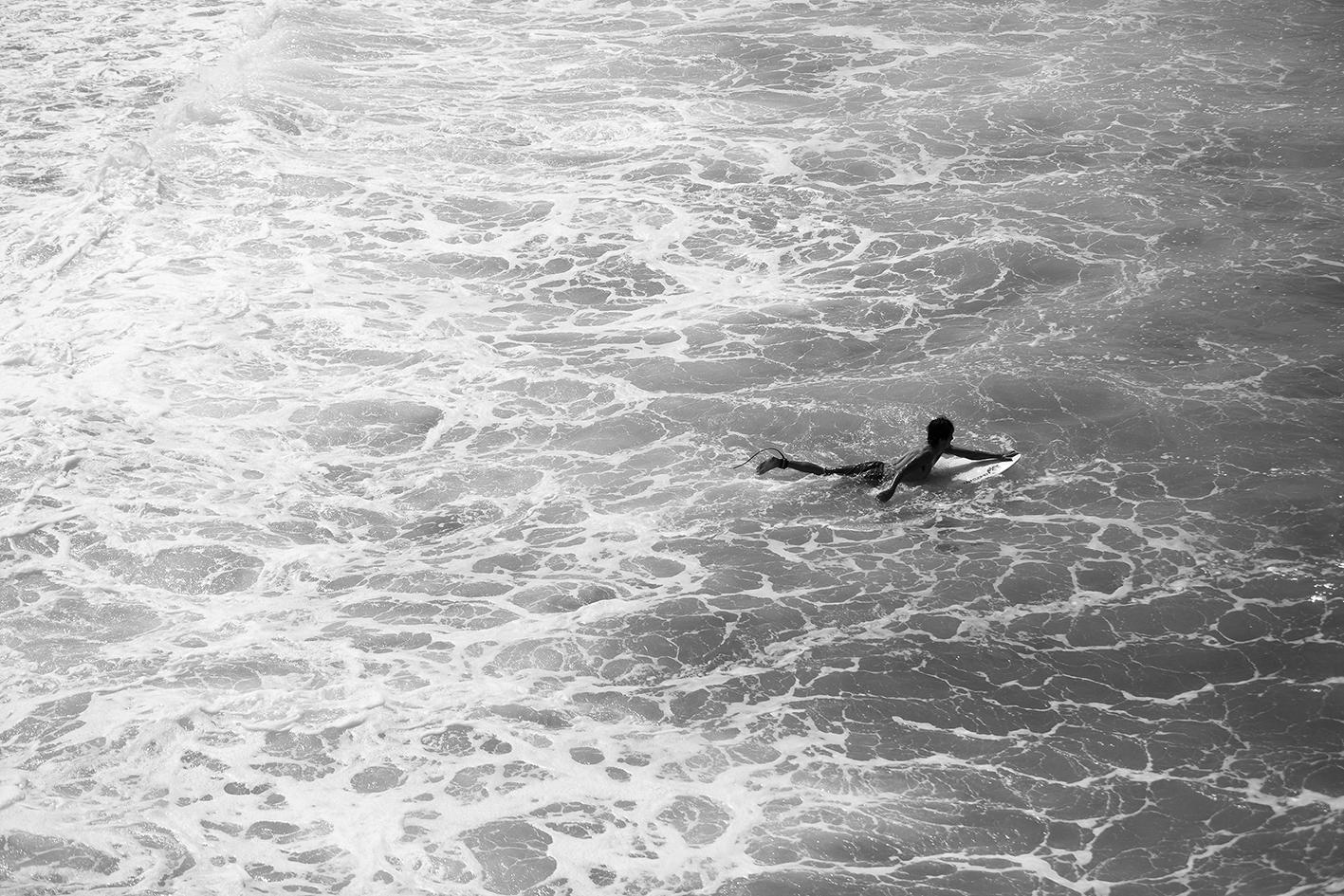 
Debeya – Boundary of Life
A boundary is a place where something is born
Kayoko Iemura (Independent Curator / Director, CARD, Inc.)

When the young man Takashi Kuribayashi travelled alone to Germany to study, he was confronted by the following questions posed by his teacher: “Who you are? What you are?” The long days that he spent grappling with these questions become the boundary from which his identity as the artist Takashi Kuribayashi was born.

Having grown up by the sea of Hirado in Nagasaki Prefecture, Kuribayashi came to the realisation that separating the underwater world and his own world as a human being was the boundary line of the water’s surface. In this embodied experience of the existence of two completely different worlds, one above and the other below the surface of the water, lies the origin of the theme of “boundary” that has pursued as an artist. Kuribayashi’s works have expanded viewers’ imaginations by suggesting the existence of unimagined worlds existing behind ordinary boundaries such as walls and ceilings, or the worlds beyond imaginations in domains often unnoticed in everyday life. This is linked to his long-running Yatai Trip Project, now in its tenth year, in which Kuribayashi travels to the actual borderlands that define countries, nations, and the limits of human habitation. Here he creates artworks that show that the apparent borders that separate the countries on the earth actually have no real existence.

Kuribayashi’s artistic exploration of boundaries has been confronted by the concept of “restricted zones” or “no-go areas” in the aftermath of the Fukushima nuclear accident. Faced with such an impossibly long-lasting and yet invisible border, he has set himself on a quest to reverse and weave anew the flow of time.

Seeking the possibility of transcending time, whether in words that are repeatedly unearthed and buried again, or in the ceaseless movements of nature, Kuribayashi has returned again to the questions: “What is the purpose of making art? Why am I an artist?” This internal conflict has reappeared, perhaps, in the wake of establishing himself as an internationally active artist in Yogyakarta, Indonesia, further opening his eyes to the wider world and becoming more keenly aware of its contradictions. In other words, he has the courage to embark on an eternal journey reflecting upon his existence freely and honestly.

This has led him to the figure of the niwashi, a ‘gardener of the mind’ , who waters the minds of children growing up in the city and young people living in contemporary settings, helping them cultivate the consciousness that they themselves are seeds and that they can sprout and grow. Niwashi is also the person who would give a different set of values amidst a society which only offers anxieties.

Starting from the end of September, for the autumn iteration of the Setouchi Triennale 2019, Kuribayashi will create and present his work at the debeya in Ibukijima, a place he felt a strong attraction to. The debeya was a space where for over four hundred years the island’s expectant mothers spent a month before and after giving birth. Every baby inherits the legacy of three billion years of life. It is a form and memory of life that has been passed down in this ever-changing earth. Childbirth is a precious boundary of life. “Ibuki no ki (Trees of Ibuki)” projects this memory of life as a light glowing like a kaleidoscope. Could it be an invisible thread that brought Kuribayashi to this island which just happens to be the place where his mother was born?

This exhibition presented at Art Front Gallery could be described as a debeya where Kuribayashi’s questions on his own existence and his challenge to propagate ‘mind gardens’ intersects with free life. In our contemporary Anthropocene, the changes that are brought by the growth of these embedded seeds and through the processes of life and death extend beyond the artist’s intentions or limits, generating new boundaries that are ultimately uncontrollable.