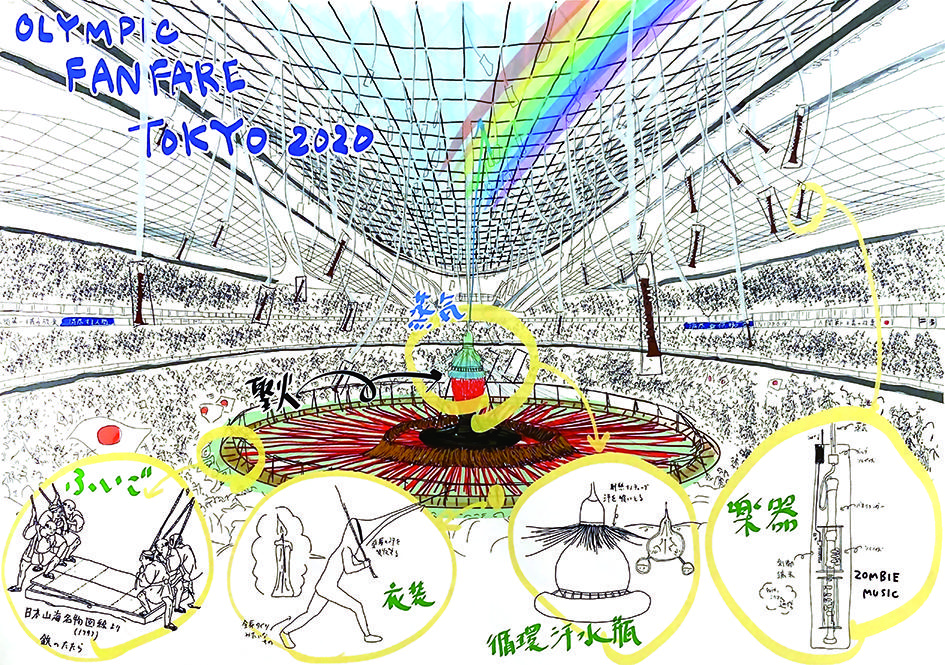 
A local bar called Mukumuku is on a street corner in S City, a suburb of Tokyo. Artists are said to gather here every night to discuss their thoughts and ideas. One chill night with a north wind blowing,two middle-aged men were sitting there talking for hours on end about art. It seemed they were debating major artistic events of the year – probably not that special in a bar like this. Similar conversations probably occur in joints across the country.

‘By the way, Yasuno,’
murmured Ozawa toward Yasuno who was picking up the last piece of beef and potato stew that had gone cold,
‘is it true you’re composing theme music for the Olympics?’
‘Oh no! It’s supposed to be a secret!
How did you find out about it?’
Ozawa went on, as if not hearing this reply,
‘I thought you were dead against that kind of national project…’
Yasuno answered now in a different,
calmer voice.
‘I’m serious about this.’
Ozawa was taken aback,
‘…!’
‘Not only for the Olympics, I’ve started composing for Osaka Expo 2025 too.’
‘Sorry, but I can’t catch up with you….
Does this mean… you’ve been commissioned?’
‘Nothing has been offered, but I’ve started on my own, just in case I get a request in the future. ’
Ozawa emptied his highball, choosing his words carefully:
‘I see, so you’re composing as an act of criticism, is that right? I can see that music offers critiques…
Is it going to be a player-less composition,
some kind of automatic performance?
I get what you mean…’.
‘Hang on,…’
Ozawa noticed Yasuno’s hands were trembling with annoyance. This looked like a trouble.
‘Let me get one thing straight with you.
My composition has nothing to do with whether I’m offered the commission or not.
Do you get what I’m saying?’
‘I understand. Don’t get upset.’
Ozawa called across the bar into the kitchen to the lady who runs the place,
‘Can we have some water?’
For some reason a glass of ice cubes came up together with an i-pad.
‘Thanks,’
said Yasuno, taking the i-pad as if it was a natural thing, beginning to use it.


‘Wake yourself up!’
said Yasuno, because Ozawa had now drunk two flasks of hot sake and was on the verge of nodding off. The liquid crystal monitor dazzled his eyes.

This is how ‘ ’ will be presented in the gallery. Incidentally, at the point when Ozawa handed in this manuscript, no official
commission has been offered. 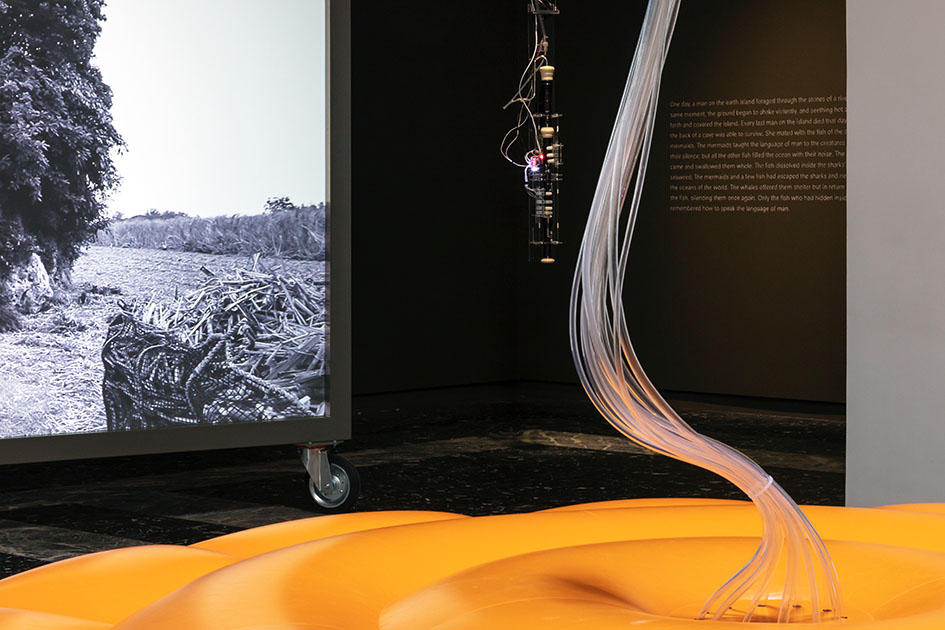 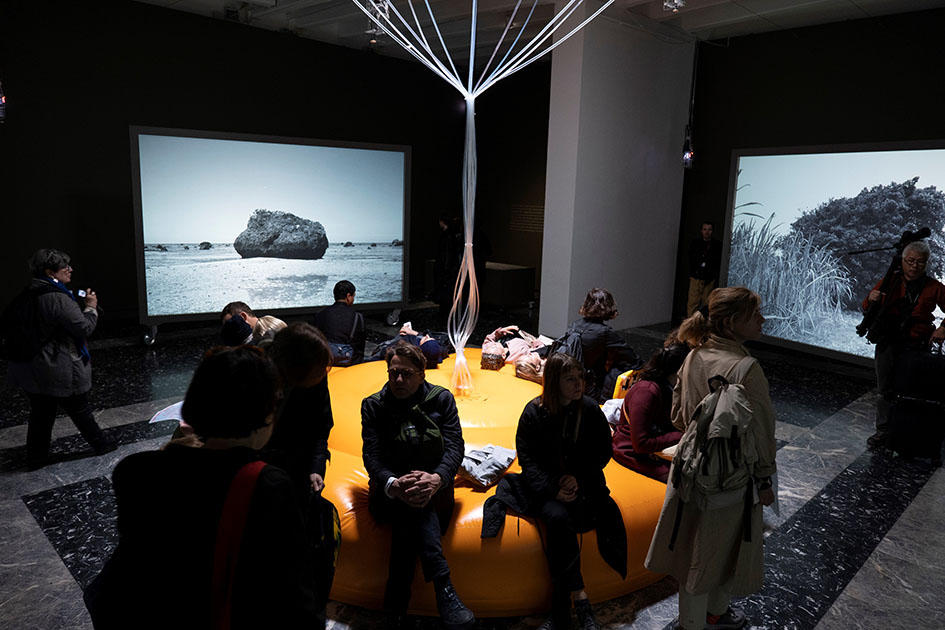