Matsudai Area is one of the best and popular spot where has a lot of great works this year. Since the Echigo-Tsumari Art triennale started, Matsudai is positive about inviting contemporary artworks in their area. People say, if Matsudai was not like that, this triennale couldn’t make such huge success. Since 2012, Tokamachi become the main center of information instead of Matsudai, however, Matsudai is still good enough as a base of this project launched with active seniors. More than 300 art works are showing at Echigo – tsumari during the triennnale now.
Around 40 permanent works and Nobutai gallery where you can see crated exhibition even if it is out of triennale season that includes Yayoi Kusama’s flower sculpture and the most famous ilya & emilia kabakov’s art work in Tanada (small rice field in mountain). This year several new works added in the same area such as Shinji Ohmaki’s “Where the spiritual shadow descends” , “Dr.’s house” by Lee Bul, Arch of life by Kabakov, and “Les spectres de la maison Tsunne” by Annette Messager and the number reached about 100 works. I would like to introduce an art work created by Nozomi Tanaka in Matsudai. 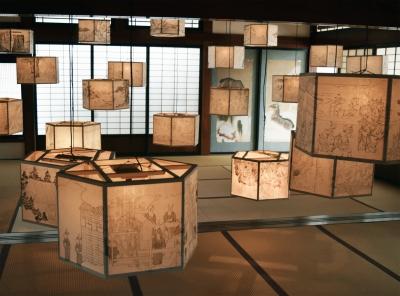 The director of Matsudai History museum, Shigeya Mori called Nozomi to the special exhibition themed export and cultural exchange between Matsudai and Kyoto through Silk cloth that used to be the main production of Matsudai and Tokamachi. And this exhibition has draws many people’s attention now.

The building tells us the history of this area and it’s very typical house for farmers. This looks good and very huge. Inside of the house there are big rooms and you can see a lot of lantern hanging from ceiling and it’s stunning view. 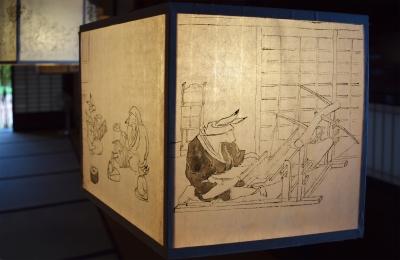 Nozomi Tanaka is born in Miyagi 1989. She does painting based on her own research about Folklore and cultural climate of Tohoku. In 2014, she won the Grand Prize of VOCA that is gateway to success for young artist in Japan who is under 40years old. And also she had an solo exhibition in Yokohama museum as the New artist pick. So she is one of the best emerging artists in Japan.

This is the first time to join the Echigo Tsumari art triennale for her but she is very keen to study folklore in this area. Since several month before the triennale started, she was already visit Matsudai many times. 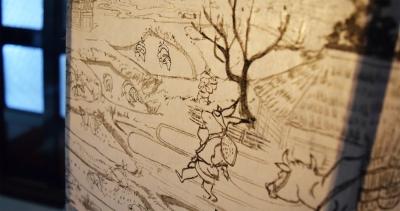 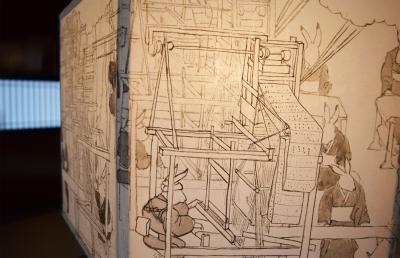 This time Tanaka is challenging to installation to use atmospheres of this old house.The old house is too good to be itself not easy to add something. Normally, Tanaka creates huge painting to draw the story of this area, but this time, she may decide to draw as collection of many short stories on purposely.The reason for the choice of Andon by artist may refer the situation of this area that those stories she has collected is endangered position in nowadays. If she doesn’t draw it now, it will be forgotten by people. So, it’s ephemeral and floating around, Artist might feel it like that. 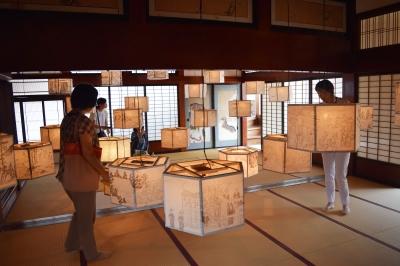 By making this work, Tanaka tries to make us realize those culture and history of this area.
This is her challenge for disappearing the old culture in our new life.