Born in China’s Fujian Province, Cai studied stage design at the Shanghai Theatre Academy, after which he spent nearly nine years in Japan. The artist’s use of gunpowder and its explosion on various media brought him international fame. Now based in New York, he initiates and takes part in projects around the world, cooperating with local communities and inviting larges numbers of participants. For this exhibition at Art Front Gallery, Cai thematically considers “islands” with a focus on the mythical Penglai / H?rai Mountain. The works exhibited will include a number of gunpowder drawings ignited at Kinare as well an online game platform, a virtual world that renders the dream of the future as a peaceful art island.

In his work, Cai incorporates a wide array of themes that reference the history and culture of East Asia. Drawing on Feng Shui, Chinese herbal medicine, the Chinese concept of qi, dragons, gunpowder and fireworks among other themes, Cai skillfully outlines characteristic aspects of modern society. For instance, notwithstanding tensions in the Pacific region, he remains optimistic for new possibilities of mutual understanding. One of these, Cai finds in the World Wide Web and its inherent ability to transcend borders. Cai’s artistic practice brings together a wide range of people?young and old, of rural or urban settings, from within or without the artistic community.

In addition to newly commissioned gunpowder drawings, included in this exhibition is Art Island, an online art and educational game platform that Cai has initiated with the long-term goal of fostering creativity, mutual understanding and peace in the East Asian region. Players will be able to create, collaborate and exchange ideas within the game’s virtual workshops. The Fireworks Workshop and Robot Workshop in particular are based on Cai’s signature artistic approach and are inspired by his 2010-2013 travelling exhibition Peasant da Vincis. As Art Island continues to develop, prominent artists, designers and architects from East Asia will be invited to create additional workshops.

Cai believes that indoor artworks enter in dialogue with the inner self while outdoor installations and public artworks represent an exchange with the larger universe. In his work, Cai seeks to achieve a unified balance between these inner and outer universes. Building upon these concepts over the years, in July, Cai begins a new journey filled with new challenges. We hope that the audience will keep in mind the traces of explosion left on paper as they consider the glimpse of hopes and dreams beyond the representation of these islands, perhaps an "island" that shows the dream of the future.

Partial proceeds from this exhibition will be donated to the UNESCO Artist for Peace initiative, with support from both Art Front Gallery and Cai Guo-Qiang.


*Cai Guo-Qian: There and Back Again, at Yokohama Museum of Art
Sat. 11 July - Sun. 18 Oct., 2015
For more information about this exhibition, please click here.

In current exhibition, All gunpowder drawings of Cai Guo-Qiang were made in the eve of Echigo-Tsumari Art Triennale on July 25.
1. Workshop with Children 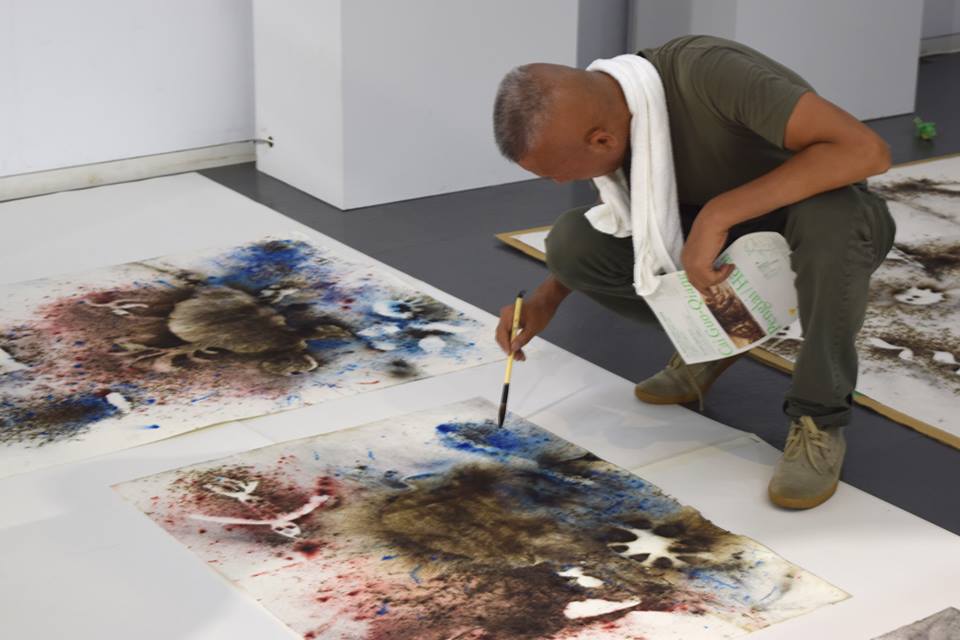 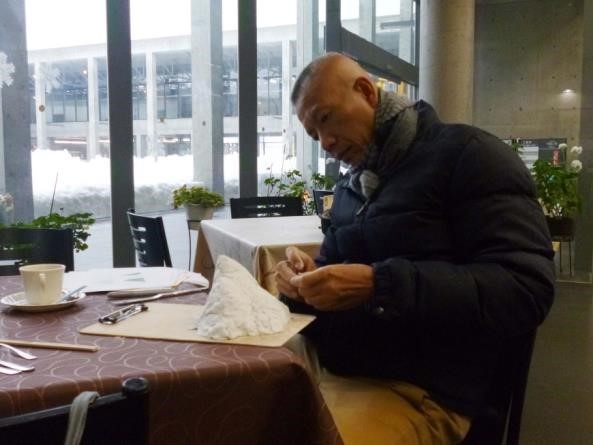 Cai Guo-Qiang, renowned Chinese artist, visited KINARE, Satoyama Museum of Contemporary Art for his upcoming project. At the sight of large venue of his exhibit, Cai moved forward into details. 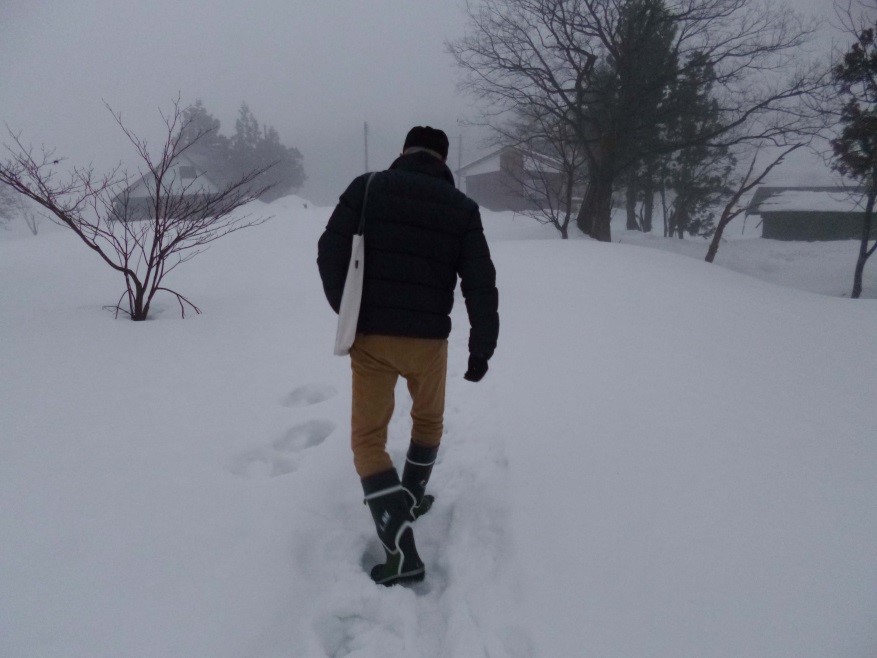 In the heavy snow, Cai walked to the house where traditional straw works are still hand-made. 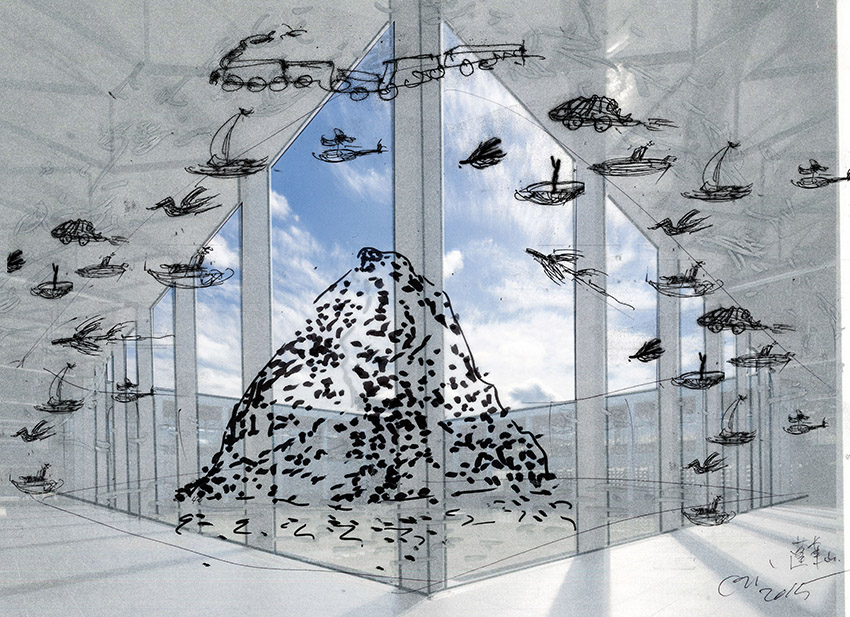 The Plan of "Penglai mountain" by Cai Guo Qiang 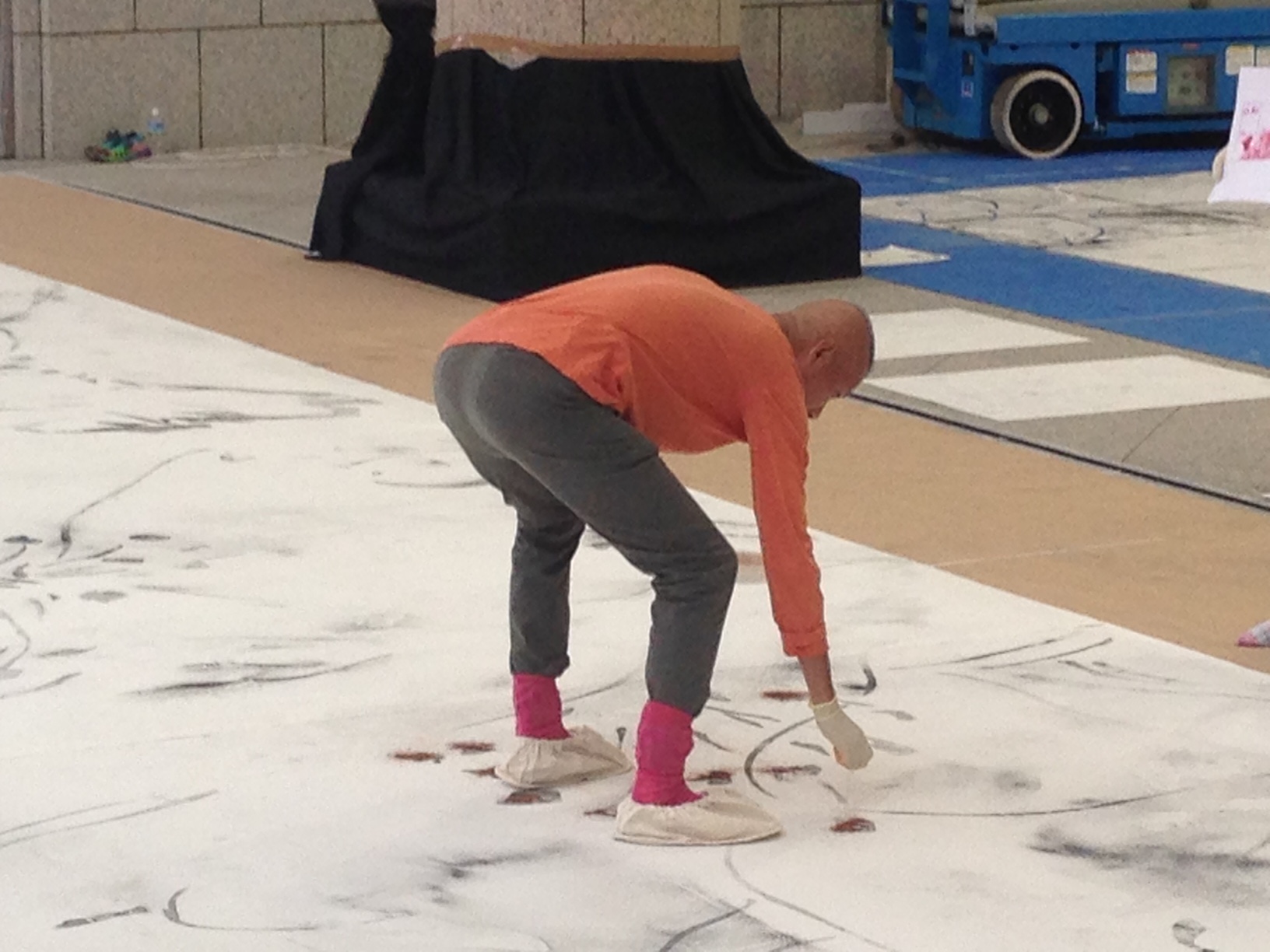 In Yokohama Museum of Art, Cai carried out the workshop of gunpowder drawing.
Gunpowder was scattered about on the paper, followed by its blast, and the traces of the explosion left on paper is credited as Cai’s unique style over the years. To our surprise, the process is just momentary. 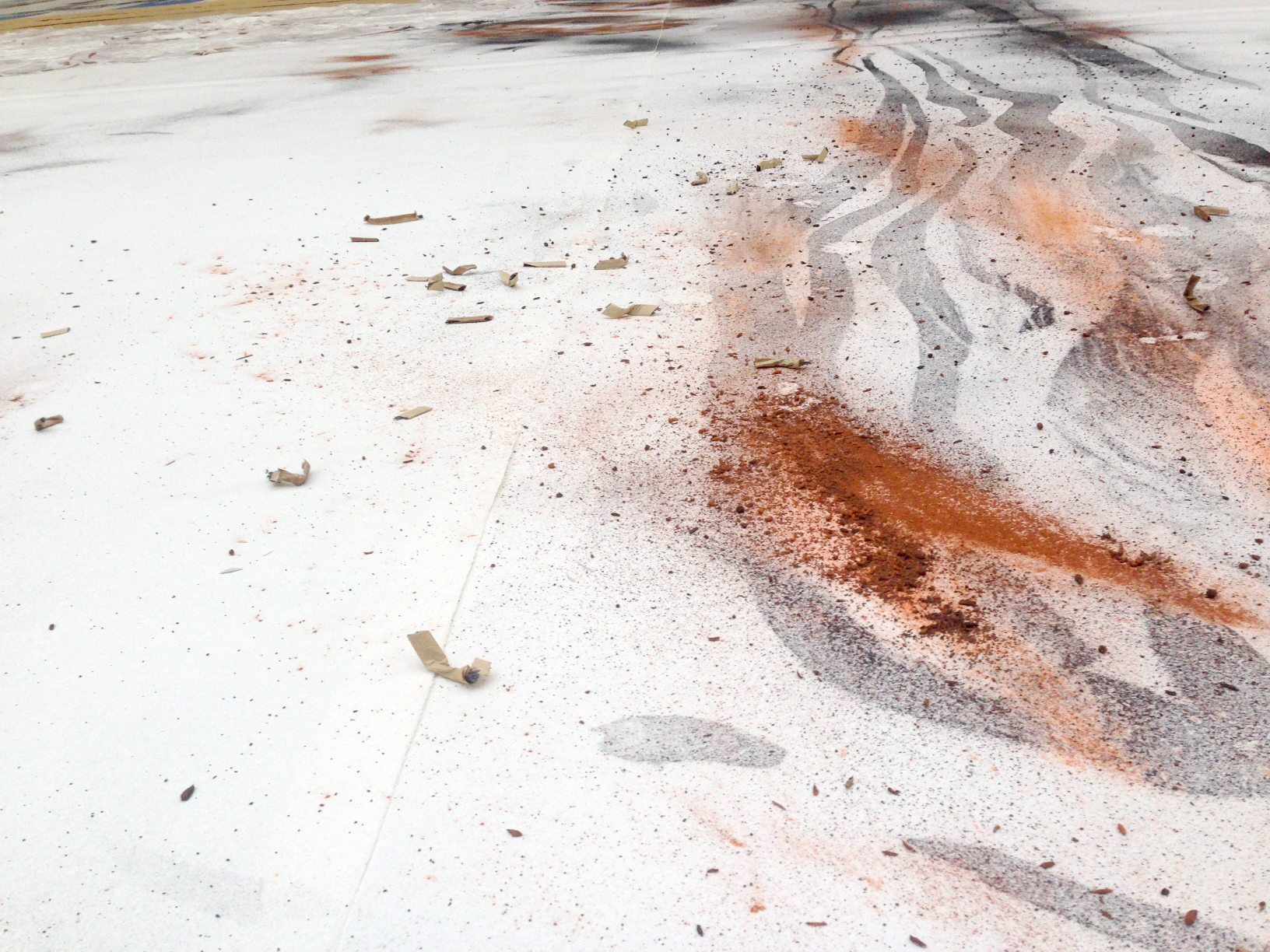 The drawing conceived beforehand is overlapped with the accidental motifs generating
Large-scaled piece of cosmos.

Already in Kinare in Tsumari, prototype of Horai has been constructed, around which straw objects will be hung. The entire picture is to be seen on the venue.