Hitoshi Kuriyama’s solo exhibition : Something Comes from Nothing


As we look at Hitoshi Kuriyama’s Something Comes from Nothing, we turn into “Dark Stars” watching another “Dark Star” . Such an image came to me from my awareness of Kuriyama’s hypothesis 0 = 1, or the equality of being and nothingness, which he takes as a hypothetical postulate in his artistic experimental life. He tries to make that hypothetical postulate exist between our worlds. I also knew about Kuriyama’s interest in dark matter, vacuums, flickering and issues of life and death. And yet, the image also came to me from the Grateful Dead track, “Dark Star” (LIVE/DEAD, 1969).


An imperfectly soundless art gallery has Something Comes from Nothing installed within it. The experience of listening to its internal, invisible sounds may remind me of King Crimson’s “Lark’s Tongues in Aspic, Part One” (Lark’s Tongues in Aspic, 1973)—friction between glass and metal crystal; fine, oscillating particles anticipate possibilities, perhaps amputation, subsidence, bending or dissipation, all enclosed in a space controlled, but about to break open. Or again, we may think of King Crimson’s “Fracture”（Starless and Bible Black, 1974）— sounds of rotations suddenly erupting from tranquil accumulations of energy, without reason, leaving behind colourful, silent traces and trajectories.

However, what a typical category LIVE/DEAD turns out to be when thinking about Kuriyama! And what an excellent premonition the image of “Dark Star” is of his Something Comes from Nothing! Like the vacuum Kuriyama prepared for exhibition, “Dark Star” is not an idealised nothingness. It undergoes synthesis, as an incomplete, moving existence. Kuriyama’s artistic experimental life brings such a process into the gallery space. Rather than discussing whether perfect nothingness, or vacuums can exist, he prefers to use real conditions of air expulsion in highly-improved air-pumps, and take these as his vacuums. He makes what is suspended in those voids visible to visitors entering this controlled laboratory. It is the same as what Robert Boyle did.

We, who view Kuriyama’s Something Comes from Nothing, perhaps turn into incomplete “Dark Stars” too, as we try to grasp his incomplete “Dark Star”. I do not mean incompleteness in a negative sense. Neither an artist, nor a work is ever complete, nor are its viewers. All collide in a gallery (an incompletely lit, incompletely darkened room). All are existences in motion (or actual entities), with varying degrees of premonition and varying degree of limited concretization (or concrescence). That is the reason why we all try to lead artistic experimental lives. 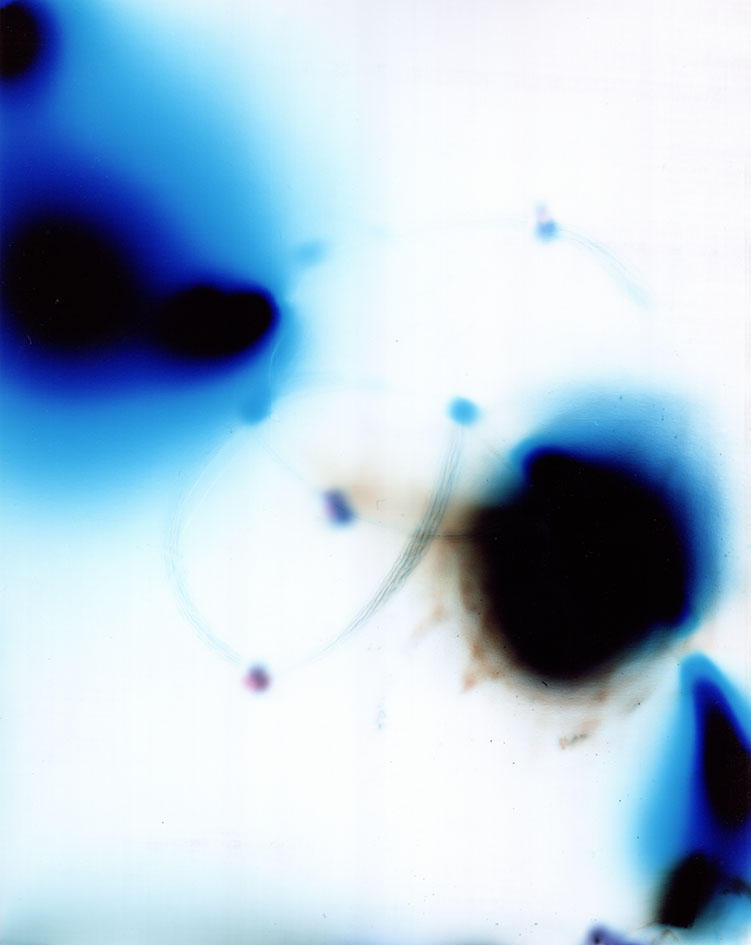