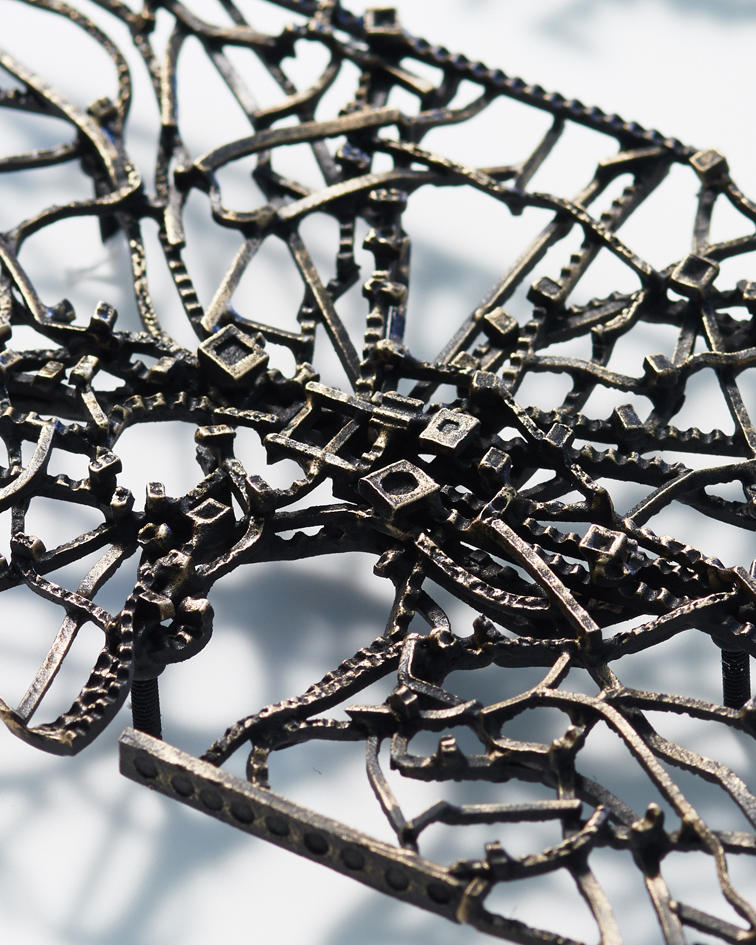 The casting technique Ayako Kuno employs to create her metal sculptures is a traditional Japanese technique. Although modern Japan sees a disappearance of traditions that require years of arduous study and practice under a master, these traditions are also being reevaluated for what they can teach us about indigenous cultures. The lost-wax casting technique Kuno uses is a method that clearly asks for prolonged, careful attention as the initial wax prototypes become metal sculptures. The fundamental artisan spirit not to shun toilsome tasks is one of the vital attributes of Japan’s traditional crafts, together with a typical dignity and codes of etiquette. Kuno’s works make it seem as if she simply inhaled all the wisdom her predecessors had to offer. While deeply shrouded in the mystical air of traditional crafts, Kuno’s unique approach yet possesses the potential to open up entirely new possibilities.

Born and raised in Tokyo, Kuno has grown up within the constantly overwritten sceneries of the city’s landscape. Piqued by the disordered atmosphere of urban spaces, her interest eventually turned towards borders and borderlines on maps, and Kuno directed her artistic vision to the cities of the world, seen from above with the help of Google Earth. The intricate metal wiring of her lost-wax casts reflects the top-down contours left on earth by human activity—train tracks, highways, skyscrapers and so on, assembled part by part to express a world beyond the world of mere human scale. Kuno’s artworks express a reality observed from birds-eye view, and in them we sense a mental landscape that is invisible within the confines of daily life. Occupied with the changes and details in front of us, one simply loses sight of more essential truths. Her works, however, do not confront us with any necessity for pessimism regarding the relentless shifts and changes; rather, her intention seems to assure us that human endeavor is a driver for constant improvement in the world.

For Kuno, the countless complicated clashes within human society, the rampant overflow of information or the ever-repeating cycle of destruction and (re-)building become a vibrant energy directed towards the future. Her artworks capture a world of converging borderlines in direct and simple patterns, and appear almost as proof of an underlying aesthetic order within the seemingly random unfolding of shapes. Human interaction’s traces and contours overlap and form complex portraits of complicated sceneries. These traces and lines propagate forth, chaotic and hyphae-like, to express the modern landscape as a living process, as a continuous spacetime.

It is possible that these traces of life’s processes appear to viewers as ruins, but this perception would likely be rooted in an understanding of these sculptures as representations of an inhuman, ruthless city shaped from constant war and sorrow in the real world. 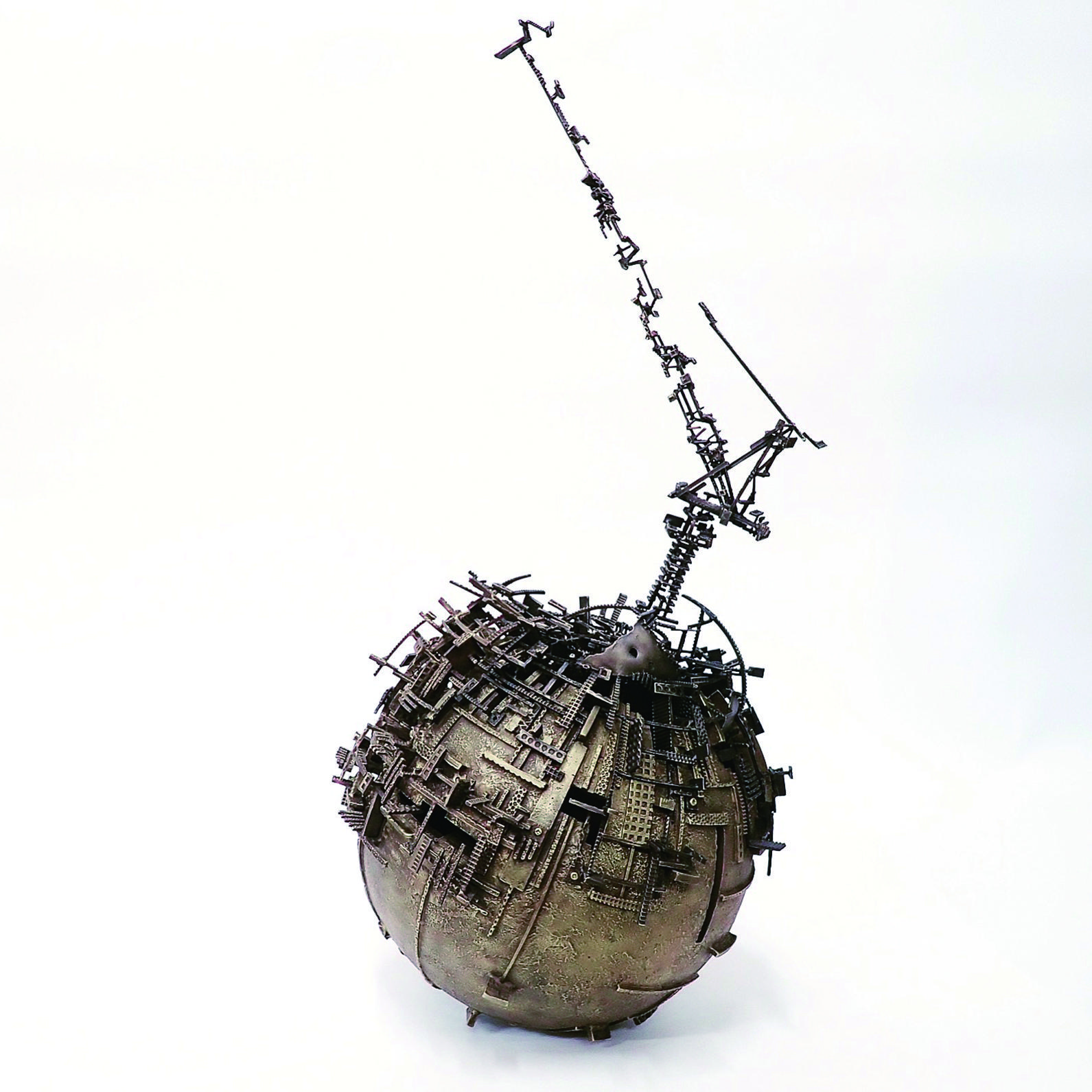