In this Echigo-Tsumari Art Triennale 2018, multiple works of Yukihisa Isobe are prominently featured. In addition to his brand new work "A Monument of Siphon", reconstructed 3 works (2000, 2003 ,2015) are exhibited in huge landscape. This is a once in a lifetime chance to look his works again.
Yukihisa Isobe Memorial Echigo-tsumari Kiyotsu Soko Museum of Art [SoKo] shows Isobe works from his early career in 50s to latest Echigo-Tsumari project, as well as special exhibition in gymnasium, which features his environment motif works after 90s. In this article, we would like to introduce you the brand new work "Floating Sculpture 2018", which reinterprets his roots back to 60s.

After Isobe moved to U.S. in 1965, he took notice of wind and air and started creating various works using them as motif. The Dome structure designed by Buckminster Fuller at Montreal Expo in 1967 attracted Isobe so much that he came to propose several architecture competitions. Then his interest of structure released from gravity turned into the air structure used vinyl material. 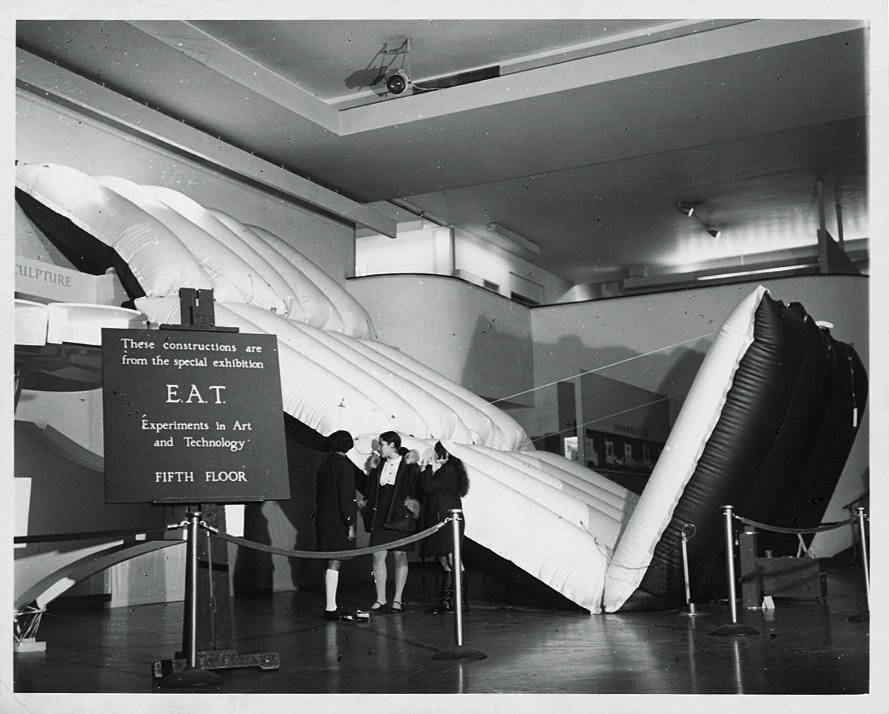 Soon he managed to shape air using parachute. During 1969 Isobe created many artworks and projects called “Floating Sculpture” that used the ever-changing forms of a parachute. It was shown in various ways, such as being flown outdoors, or indoors with images projected on its surface (“Floating Theater”). 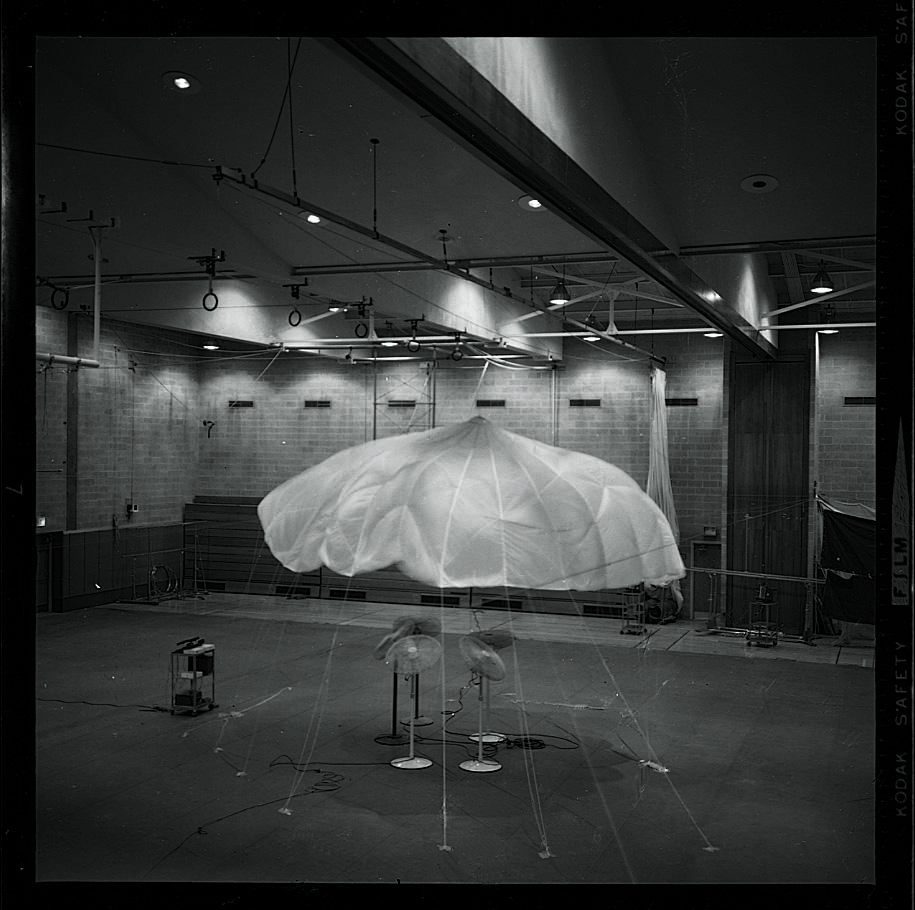 “Dream Reel”, a mixed media performance with Jud Yalkut at the Floating Theatre (State University of New York at Oneonta) 1969 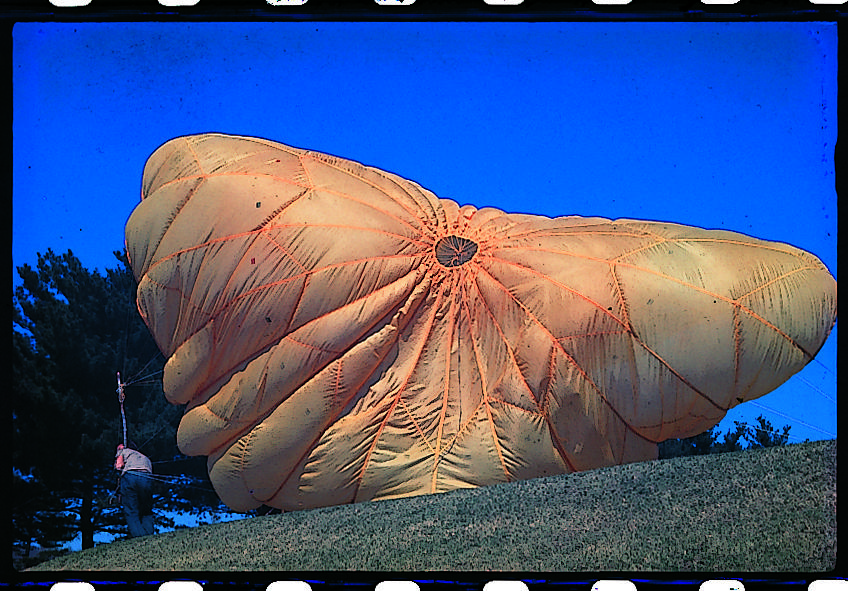 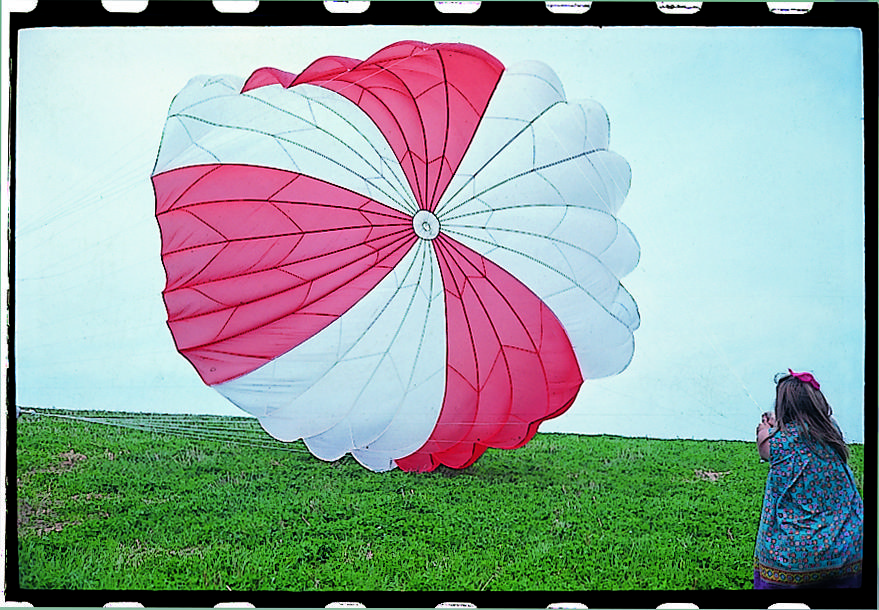 Close to fifty years since the first version, “Floating Sculpture 2018” aims to re-present and re-interpret the Floating Sculpture, returning to the point of origin of Isobe’s artistic engagement with the environment. 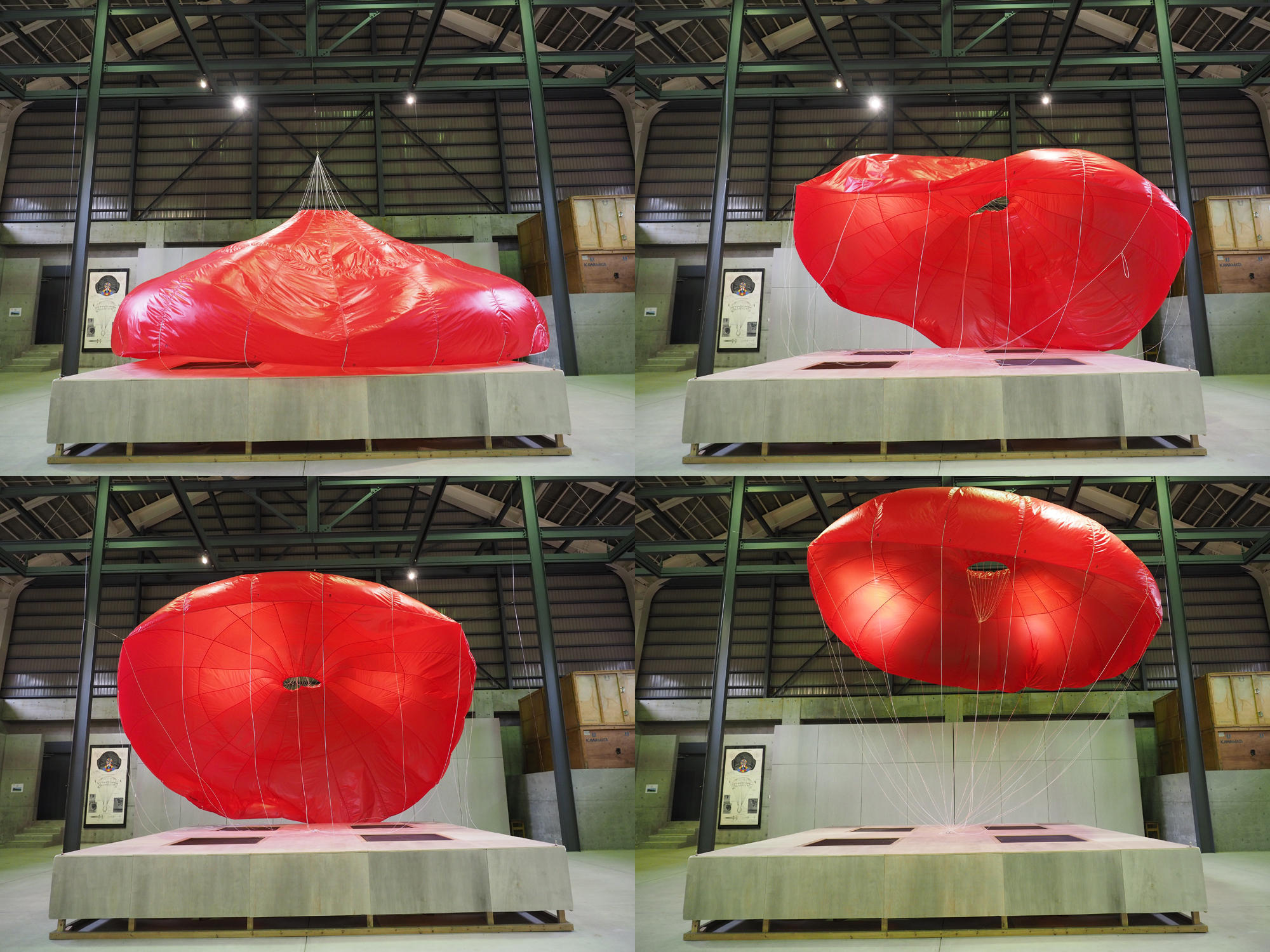 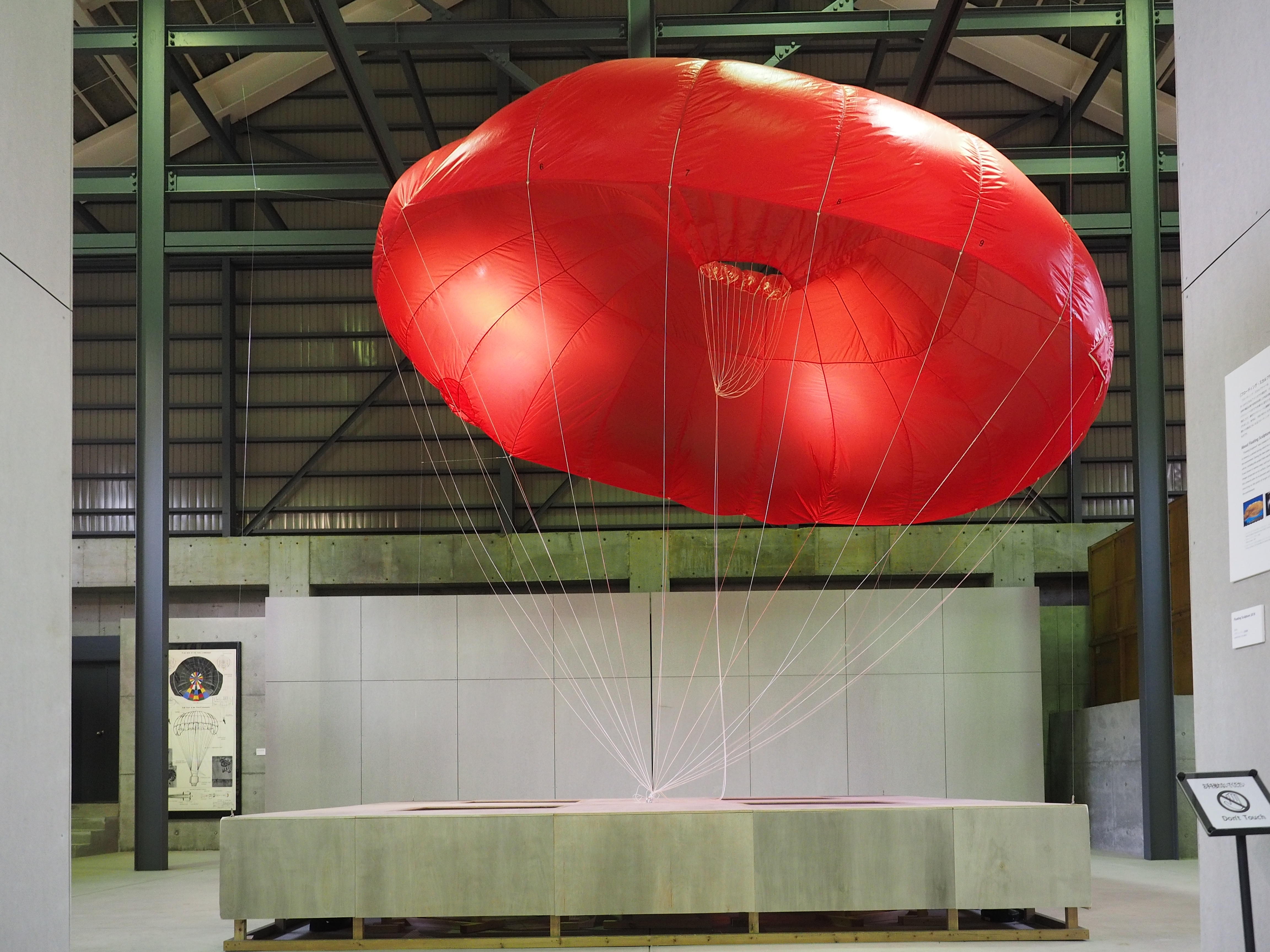 Echigo-Tsumari Art Triennale 2018 is held through September 17.
We appreciate your visit to the SoKo Museum.