We are pleased to announce Yoshitaka Nanjo's solo exhibition: Native Landscape.To see more artist's works and her profile please kindly check the artist's page linked below.
Yoshitaka Nanjo was born in 1977 and completed his studies at the Graduate School of Fine Art and Design, Tokyo Zokei University in 2002, specialising in painting. Since then he has been active as an artist based in Tokyo. After participation in the residency program by Kannonji City, Kochi Japan, his work has come to be exhibited both domestically and internationally, including at the Nakanojo Biennale, and the Water and Land Niigata Art Festival. At the 2012 Echigo-Tsumari Art Triennale he created and displayed paintings on both canvas and window panes using soil for the Mogura no Yakata, Soil Museum.

Nanjo’s landscape paintings are unique in combining parts rendered in paint with parts rendered in soil. The artist visits the locations, taking photographs of the landscapes he likes, and collecting their local soil. He analyses these before making his work of art. The decision on what elements to be drawn and where the canvas should be left blank is made by digital breakdown. Selection of pictorial elements is defined by criteria such as brightness, colour and boundaries of motifs. How this is formed into a tableau depends on a subtle balance of what will be left blank, what rendered in paint, and what covered in local soil. The artist states that soil is a ‘particle’, whereas painted area is ‘space in two dimensions’. He also says that the soil used in his works represents, for him, the place itself.

In this exhibition, Nanjo will show a new installation on a theme he has repeatedly engaged with, namely Mt Fuji. The work focuses on a now-removed Fujizuka (manmade Fuji-shaped hill for worship) once located near the Gallery and featured in Hiroshige’s One Hundred Famous Views of Edo. Mt Fuji has been widely painted by many famous artists such as by Hokusai in his Thirty-six Views of Mt Fuji, and Tomioka Tessai in his Mt Fuji. At the same time, Fuji is a popular motif for the walls of public bath houses. Nanjo pays special attention to the diverse ways in which images of Mt Fuji are generated and accepted, and develops this as a main theme in his work. Since ancient times, Mt Fuji has also been the subject of mountain worship, while climbing it in the Edo Period became a popular tourist activity, like Ise pilgrimages. Members of a popular Fuji cult, called Fuji-ko, created Fujizuka around Edo to represent the peak for those not able to get to it themselves. Many mountains in Japan thought to resemble Fuji became known as ‘local Fujis’ (oraga-Fuji). Nowadays numerous images of Mt Fuji circulate on the internet and YouTube, captured by smartphones or even drones. This indicates how technological evolution continues to encourage us to make impressions of this symbolic mountain. The many visions of Fuji generate a certain kind of reality, and the flow of making, accepting and consuming these, at least since the late Edo Period, Nanjo believes, forms the collective idea of landscape among Japanese people. Nanjo’s approach to the depiction of Fuji is akin to studying culture and representation. He discourages viewers from regarding his landscapes as conclusions, but rather encourages them to open up a connection to the place depicted. Another section of the Exhibition will show new work created during Nanjo’s stay in Norway last summer, where he was invited as an Artist in Residence. We hope you will enjoy those landscapes too, captured and developed by contact with places of a different climate and culture from Japan. 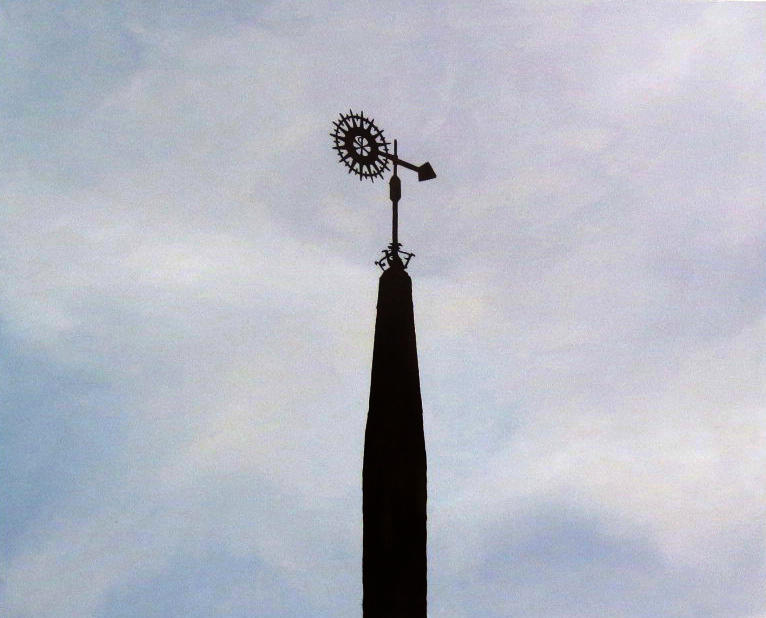 Bodø Domkirke / Weathercock of the Cathedral 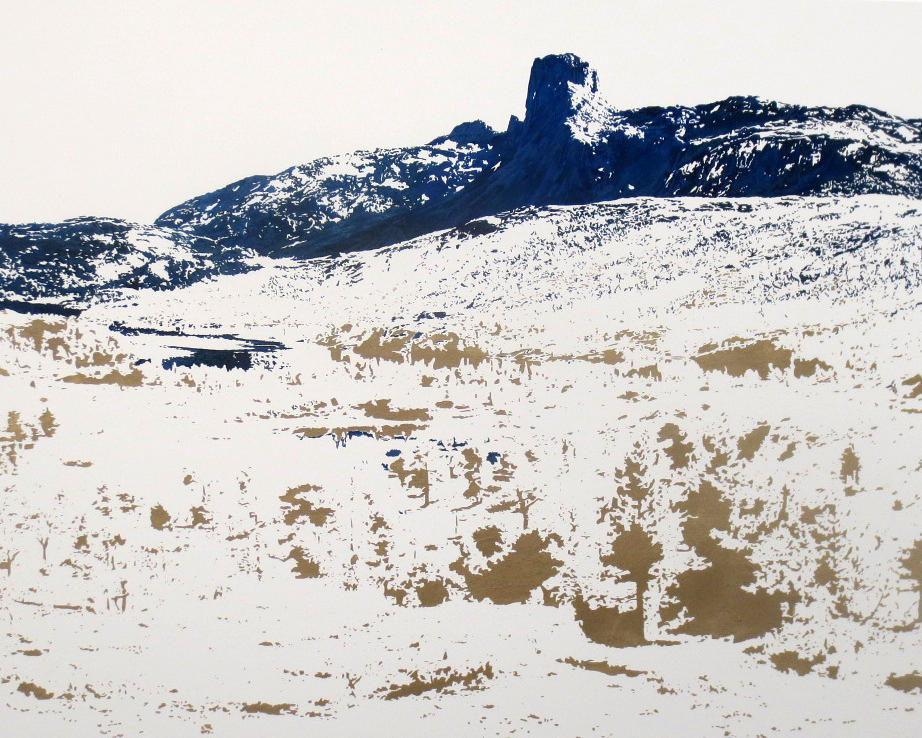 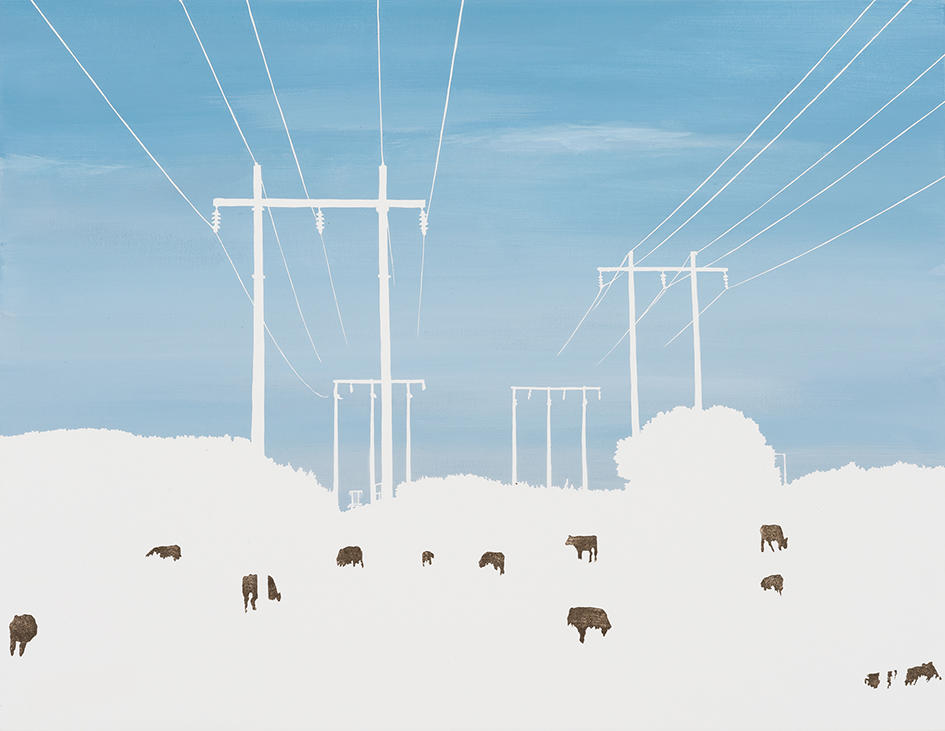 Recent works of Nanjo now exhibited in Art Front Gallery were based on his artist-in-residence Norway last summer. He spent one month in Bodø, a town in the Northern part of Norway where fiord seashore, mountains and lake, or suburban townscape inspired the artist for his newest paintings.

The sky veiled in a haze outlines the silhouette of bell tower of the cathedral of Bodø. The cathedral, destroyed by World War II then reconstructed, now shows its belfry, symbol of its survival, and rings its chime throughout the small town at sundown.

Another scenery presents a lake and mountain that Nanjo came across when strolling about. He stated that he had been impressed with the panoramic scene, and brought back the soil of the scene to register the place to his paintings. The soil was first dried, screened and mixed with medium to serve as pigments. The color scheme thus produced is ranging widely from light brown to darker one even within the area of Norway.

So far, Nanjo has been to various Meisho or Places of Interest including Mt. Fuji and Ise Shrine as inspiring sources for paintings. He questions then Japanese original perspective for landscape might have been transformed into a kind of ritual habit since Edo Era through present. So his works are not mere landscape painting but something which relates the familiar scenery with what the artist calls native landscape including both visible and invisible things. This seemed to have enhanced through his experience in Norway.

Current show is the precious occasion to show how his works have developed through these struggles. Please do not miss it! 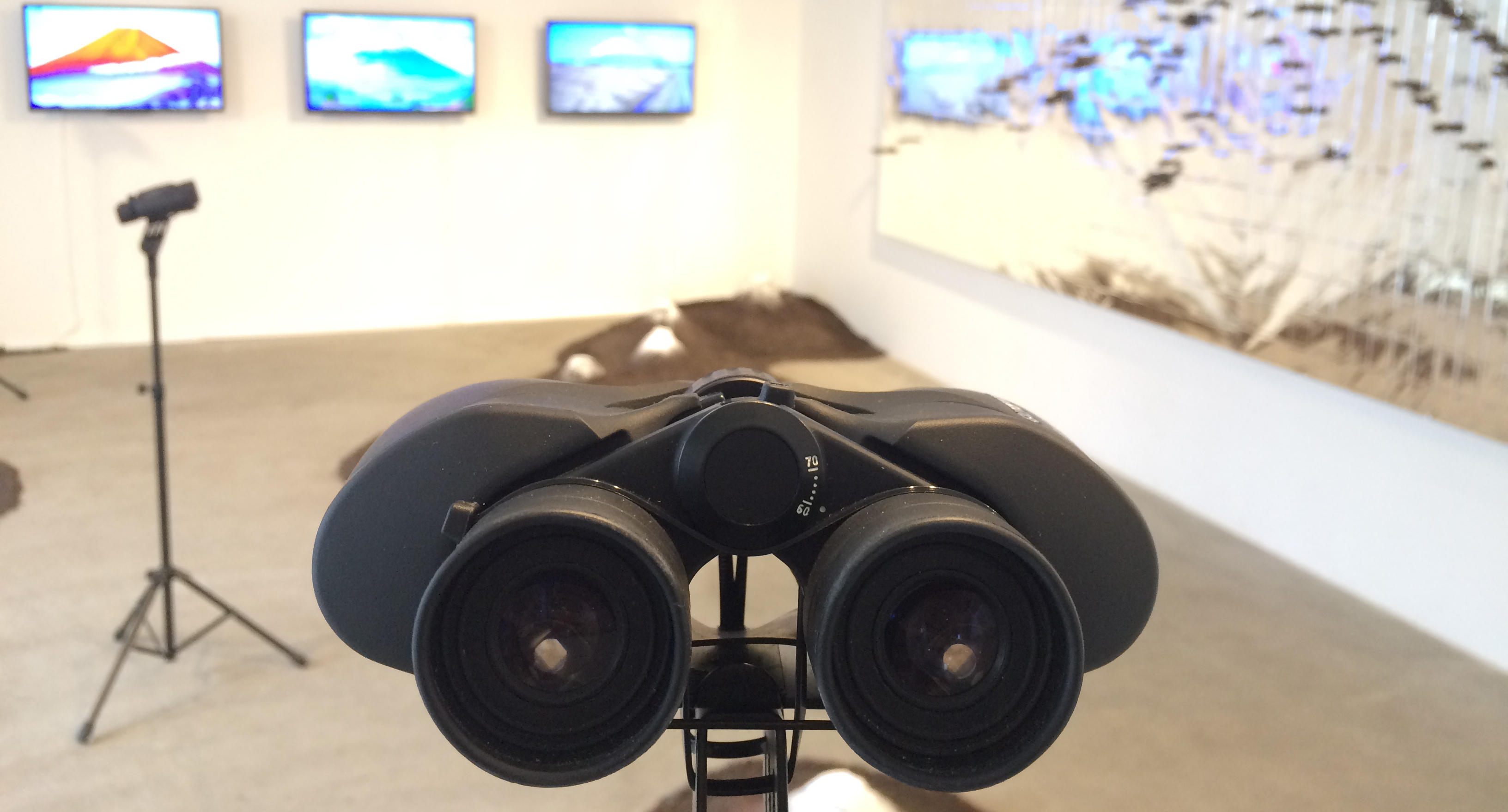 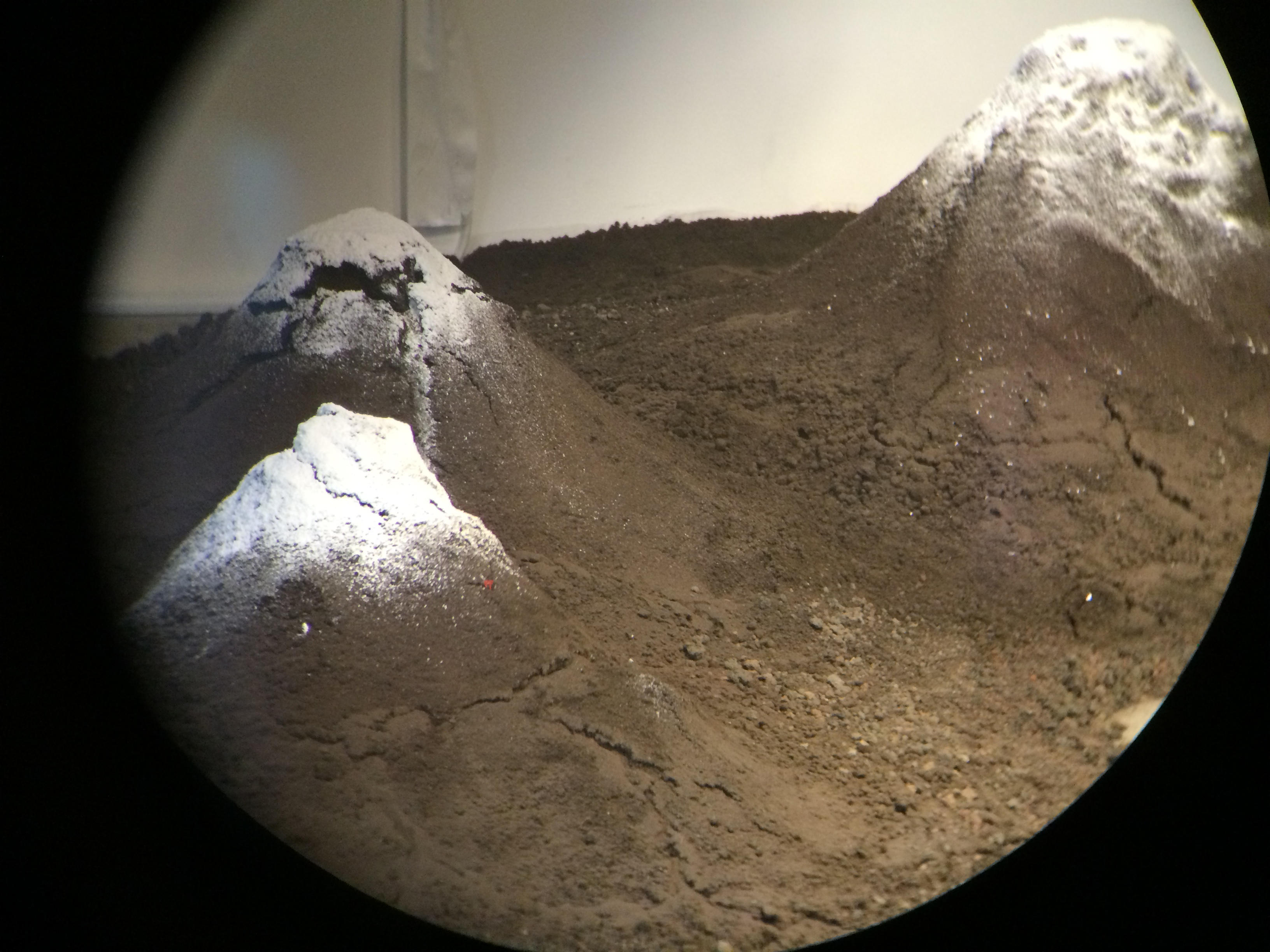 There once was a Fujizuka just behind our gallery where people used the place for pretending to be at Mt.Fuji for worship in Edo period. The artist's question was that if this Fujizuka still exists, would the place have the same reality and the same meaning to us in nowadays. The artist presents an installation "New Fujizuka" in the gallery, where he exposes his various points of view on studying “landscape”.

Fujizuka (manmade Fuji-shaped hill for worship) has several rules such as using the real rocks from Mt.Fuji , that has to be able to spot Mt.Fuji from the top Fujizuka and they even made climbing route with mile stones to the top. When the mountain is opened to climbers, they climbed Fujizuka and celebrated the season’s arrival. With these several different elements such as real rocks, visual images, rules and cultural community linked to Fujizuka, Edo people enjoyed “climbing Mt.Fuji”.

“New Fujizuka” is also consisted of elements related to Mt. Fuji nowadays. All the elements do not focus into one meaning like climbing Mt. Fuji for mountain worship; rather it is giving people variety of images and experiences. And so it is opened to people to get involved to what they are looking at and then they may find their own reality about it.

Nanjo’s approach we can see in this installation, gathering multi-layered elements, is what he does for his painting works which is to leave some space to be complemented by the viewers. In his latest works of Norwegian landscapes, the difference of Nanjo’s choices of painting elements from the landscape, you could see the works having surprisingly different impression. It is not only the variation of the landscapes he encountered, but variety of the landscapes he experienced.