At the beginning of the Meiji era, Ernest Fenollosa and Tenshin Okakura of the Tokyo Fine Arts School — the predecessor of today’s Tokyo University of the Arts, Tokuro Sakamoto’s alma mater — aimed to establish Nihon-Ga (“Japanese Painting”) as an art form that could rival the art that the West produced. Compared to the loudness and grandeur of such goals, the motifs painted by Tokuro Sakamoto are of a humble nature.

Nihon-ga and the other Japanese art that came into being as an inseparable part of Japan’s modernisation laid claims to magnificent greatness, but this way of thinking peaked during the Asia Pacific War and disappeared with Japan’s military defeat. Nowadays, these outdated ideas no longer have any foundation. The title of this exhibition, “gap”, on one hand represents Sakamoto’s attitude of observing gaps when creating his works, but it also hints at the gaps that divide the different eras of the Japanese painting.

Having been freed of its duty to serve a greater (i.e., the country’s) good, the emphasis of modern art has moved towards self-expression — something that Sakamoto appears to have struggled with in his student days. He devoted himself to Balthus shortly after entering university, and later preferred Mark Rothko and Tokuoka Shinsen during his time at the Hayami Institute of Arts’ Department of Japanese Painting, and I heard that for a while after his second year at university, he layered the mineral pigment paints thick enough to create visible matière on his canvasses.

However, he found no sufficient self to express. In resignation, Sakamoto at once abandoned the Nihon-ga, the contemporary art and the oil painting that had formed him during his time at university, and began instead to draw his motifs exactly how he found them, without a change to their colours, forms or shapes. Rather than expressing something from within,this approach lead Sakamoto towards a creative style that is anchored in discovery of the outside world. While Sakamoto made use of mineral pigment paint — an indispensable part of the identity of Nihon-ga — in his epochal piece “Daily Life” (2000), the works produced by Takashi Murakami and Hiroshi Senji at the time reduced his aversion towards acrylic paints, and thereafter Sakamoto began to establish his style of observing landscapes from his own point of view and expressing them with acrylic paints in flat images. In September 2000, monthly art magazine Bijutsu Techo published a special issue that was titled “Landscape’s New Dimension: Super-Flat Landscapes”, as if in search for a new form of the landscape fit for the 21st century era.

In the background of Sakamoto’s paintings, which may appear like nothing special at all, we can find a reflection of the history of Japan’s fine arts as well as the thoughts of an artist who tries to face and depict the conditions and environments
of today’s world. 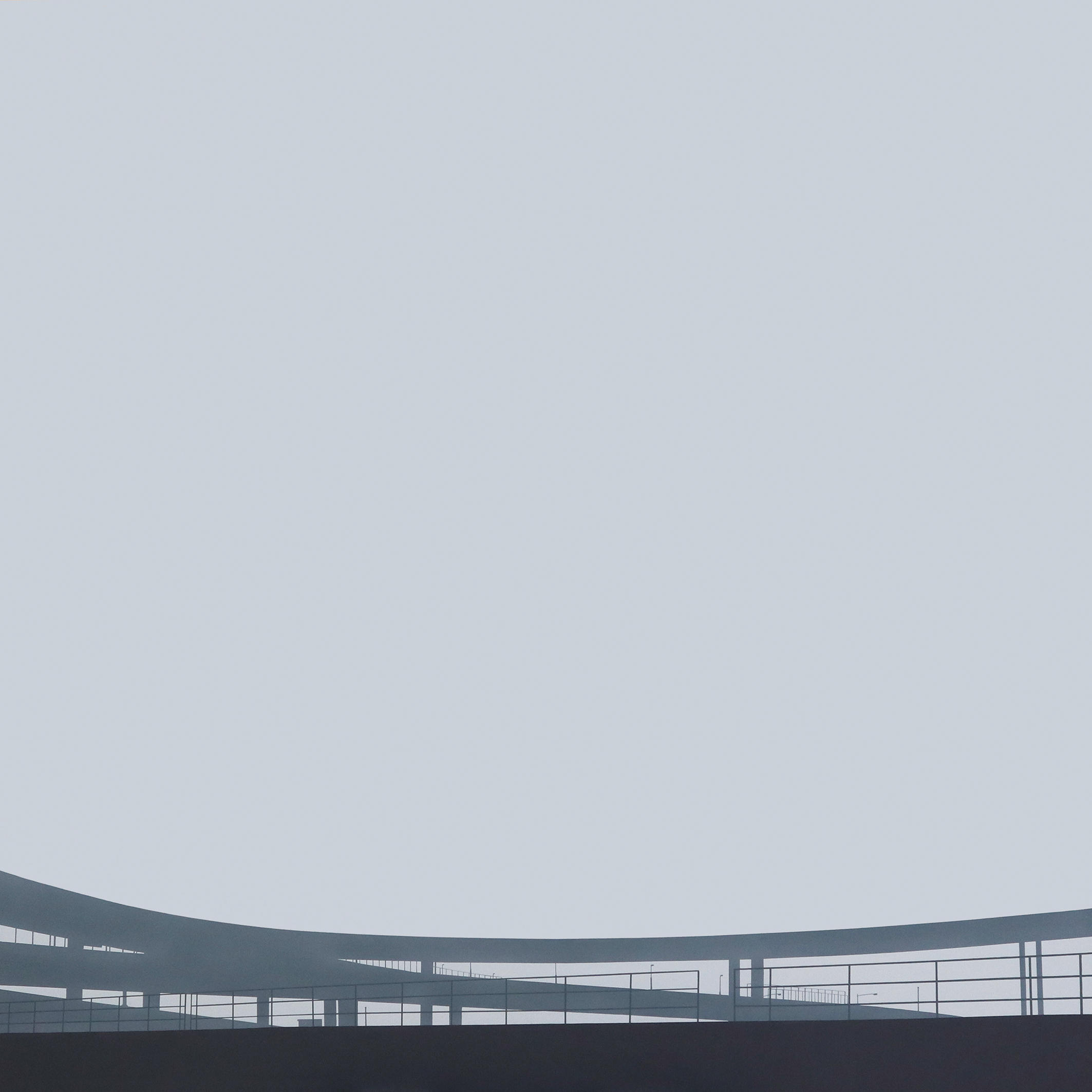