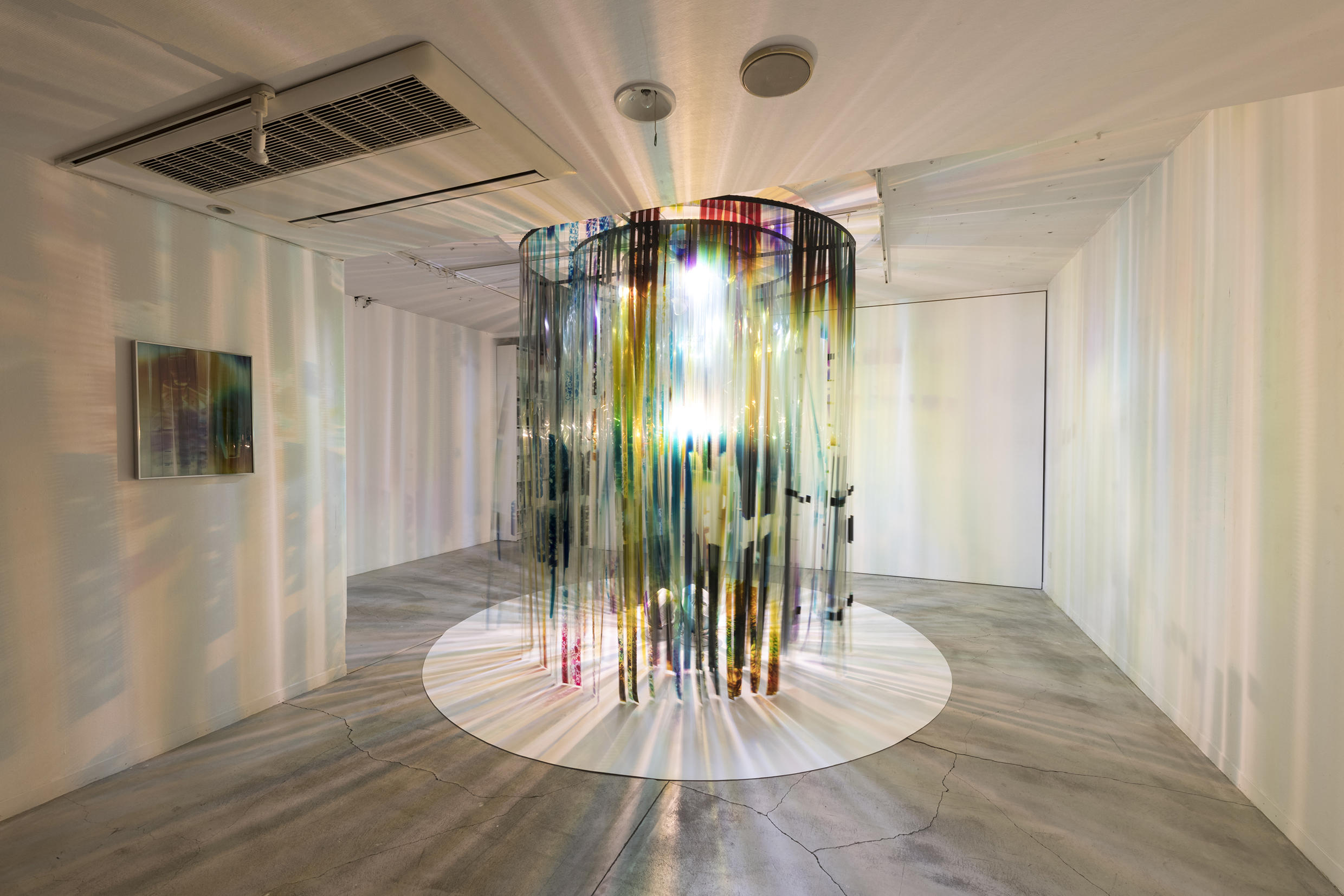 The installation view of solo show at Art Front Gallery, 2022

Film has a mysterious presence. Our generation is used to loading it into cameras or projectors. Film is a material that you can take in your hands, but at the times time, it has voice and sound recorded on it. As an object, film is just base material coated with emulsion. Transparent and smooth, its physical presence is thin. This differentiates film, plastic and ready for analogue process from other media, such as magnetic tapes, which are effectively black-boxes revealing nothing, or digital media, which are non-concrete and insubstantial. I have encountered Takenaka’s work at various exhibitions, and seen how she deals with the physical presence of film. She used to create lustrous paintings like watercolours, but has now turned to installations made with the material of film.

I’ve always wanted to ask Takenaka what she thought film really meant to contemporary artists. I heard she once worked part-time in a film processing studio. (Apparently, she still places orders with one of the few that continues to operate.) I have not been able to ask about her experience with the images. But interestingly, I do not sense a film maniac in what she makes, nor is there the aura of the cinema buff. Perhaps she has some fondness for film’s physical presence, but her reinterpretations of its materiality seem performed with a sense of distance. She has totally no nostalgia, nor a retrospective view of film as a media representing the past. There is no sign of people residing within the silver screen.

Takenaka’s present installation surrounds the visitor with unrolled film carrying images of shop furniture and tableware. They are not shops she is personally attached to, but ones that have gone out of business because of Covid. Beyond, we see the city streets outside. The work is quite literally reality composed of film, with glass surfaces and moving objects. The experience of viewing is not restricted to this, I feel, for the images assume precision only when brought into focus. Film itself is merely endless, ever-changing prism of colour, casting forms back to us as shadows, drawing us into invisible realms. In fact, her work contrasts with the composite imagery of processed film, which is not really film at all, but light and shadow. With Takenaka’s work, viewers feel suspended between presence and absence, as lights penetrate the spaces of her installation. In this process, how exactly does the installation generate scenes right before our gaze?

Takenaka extracts the essence of film, based on her experiences as former film developer. Some processed images are the result of mistakes, referred to as ‘fog’, while film exposed to direct light can result in transient shadow images. What we see in films is an intricate performance generated from flow and floating by various intensities of light. This intrinsic transparency opens a host of interpretations. Takenaka takes these mysterious qualities and incorporates them into the real world. What kind of slippage will this reveal? I wonder where the glow emitted from her tableaux will ultimately go? 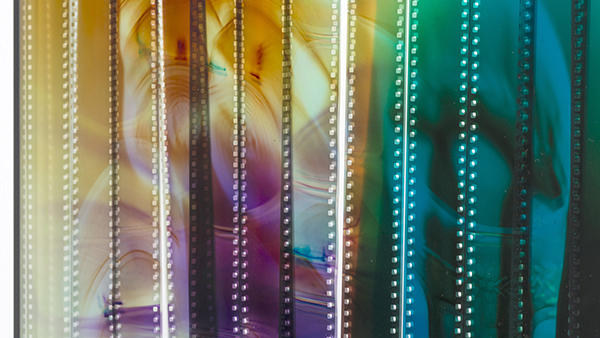 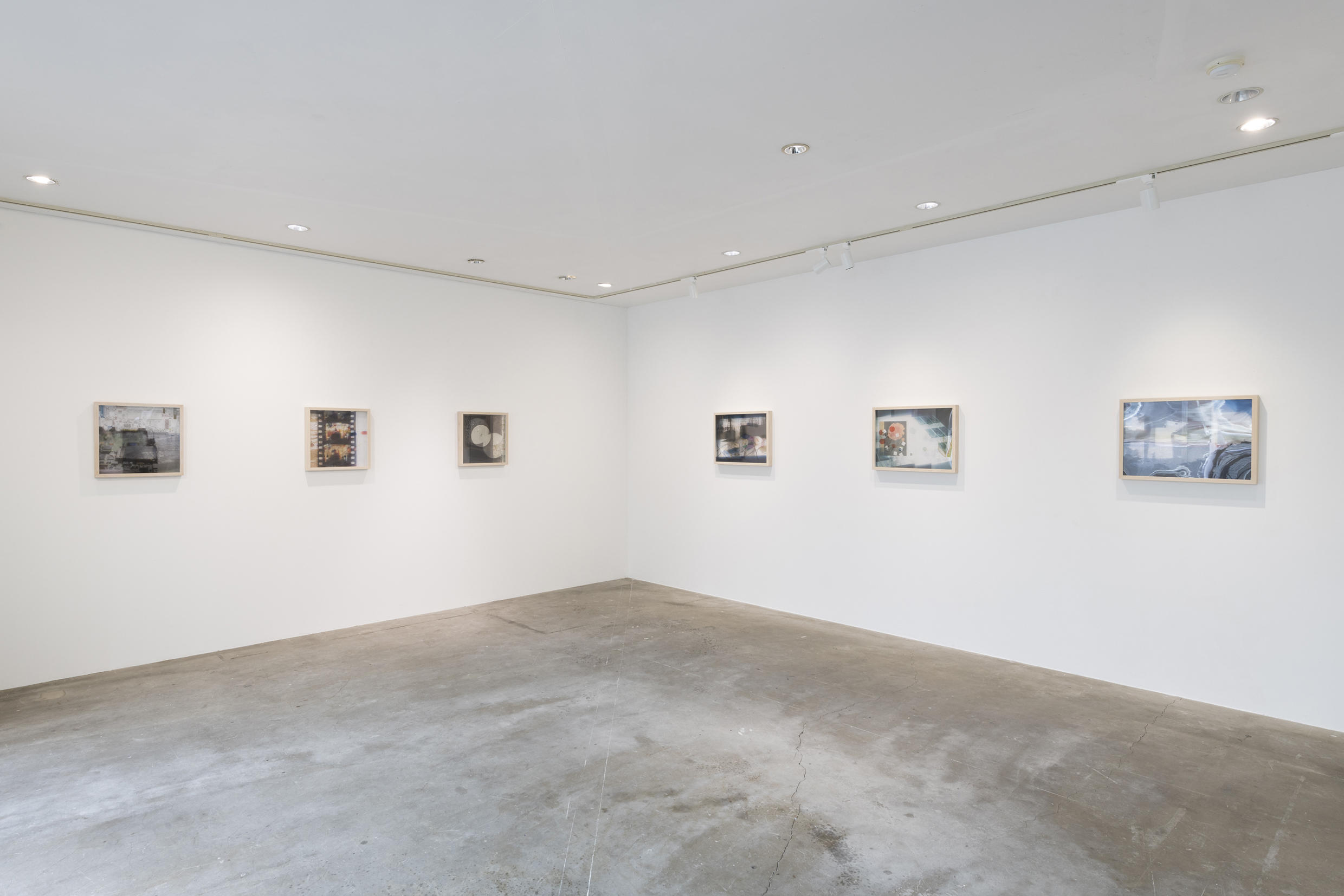 The installation view of solo show at Art Front Gallery, 2022 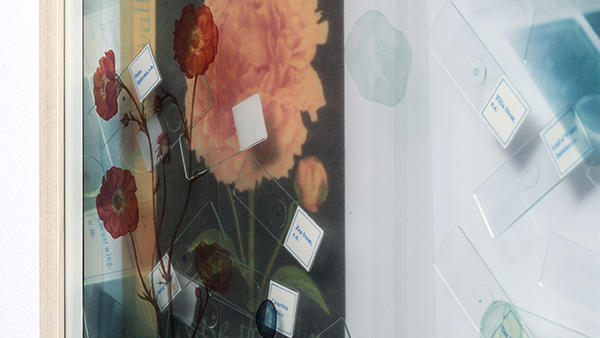