Tatsuo Kawaguchi's exhibit Relation: Yusuke Nakahara, or Critique as Creation is currently on view at Art Front Gallery.
Longstanding collaboration between Kawaguchi and our gallery goes back to the eighties, and has fostered creative relationship since then to produce artworks at Faret Tachikawa, Echigo-Tsumari Art Triennale and Oku-noto Triennale. These art events have attracted much attention of not only of the locals but also of visitors from far areas. We introduce some exhibitions of Kawaguchi in the past for better understanding of his creativity. 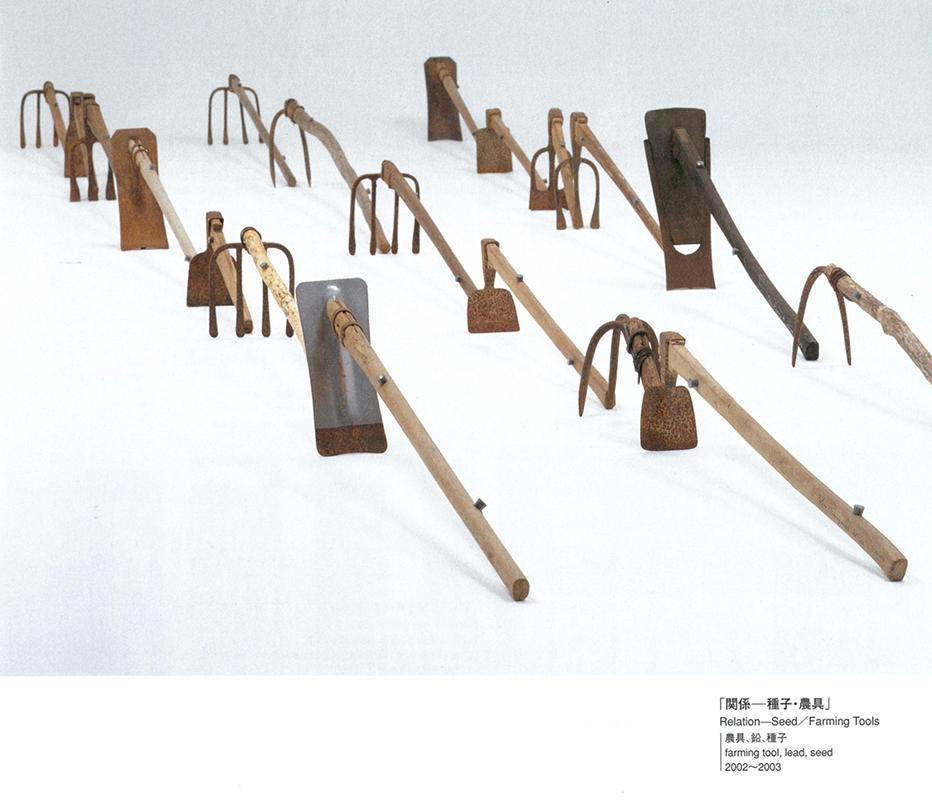 Mr. Kawahuchi’s work has evoked me the “sealing of physiology”. Its methodical beauty, on the country, demonstrates the strength of the artist’s physiology, the depth of his thought and the depth of his thought and the outburst of his emotion.
His work has been consistently earnest to the arrangement since its early once admonishes him not to use line as he like. The artist seems to attempt to fix in this time and space the subjects which allow infinite expansion of interpretation, including even electricity, cosmos, seed and newspapers. This is no irrelevant to the “sealing of physiology”. 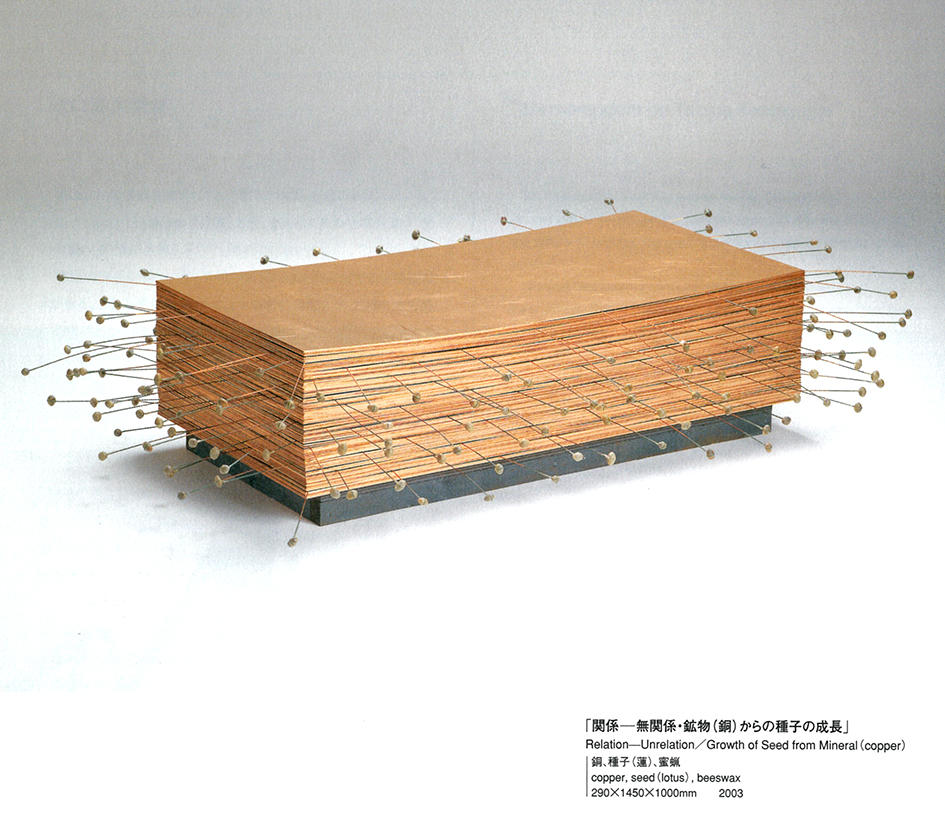 May I write my monologue as a gallerist? The arrangement, which I wrote earlier, can be called the order of the cosmos/society. Recently L have come to think that artists are those who recognize themselves to be not adaptable to this order and try to compensate for their life inadaptable to the society. How strong their physiology is secures their life as artists.
However , on the other hand, artists are gentle and sad people who wish to harmonize their only one life with the cosmos/society, and go for reconstructing the relationship with this world to which they feel themselves alien.
I have seen Mr. Kawaguchi’s work with such an idea. The “sealing of physiology” has brought his strong work into being, while the intention to “harmony” has led his interest from invisible material to seeds of life in general.
23 years ago, I visited Mr. Kawaguchi’s house on the hillside in Kobe and Asked him to show his work for the first one-man exhibition at my gallery. Many things should have happened for these 23 years, but I have never felt unpleasant with him (maybe, not vice versa). The “sealing of physiology” is also a metaphor of his way of life, which recalls me a gentle samurai (in fact a great sword-man) of Umisaka clan, whom Shuhei Fujisawa described in his novels. Now, I learn that the samurai has reached the age of resigning the instructor of the clan (nevertheless, the samurai has become much stronger.) 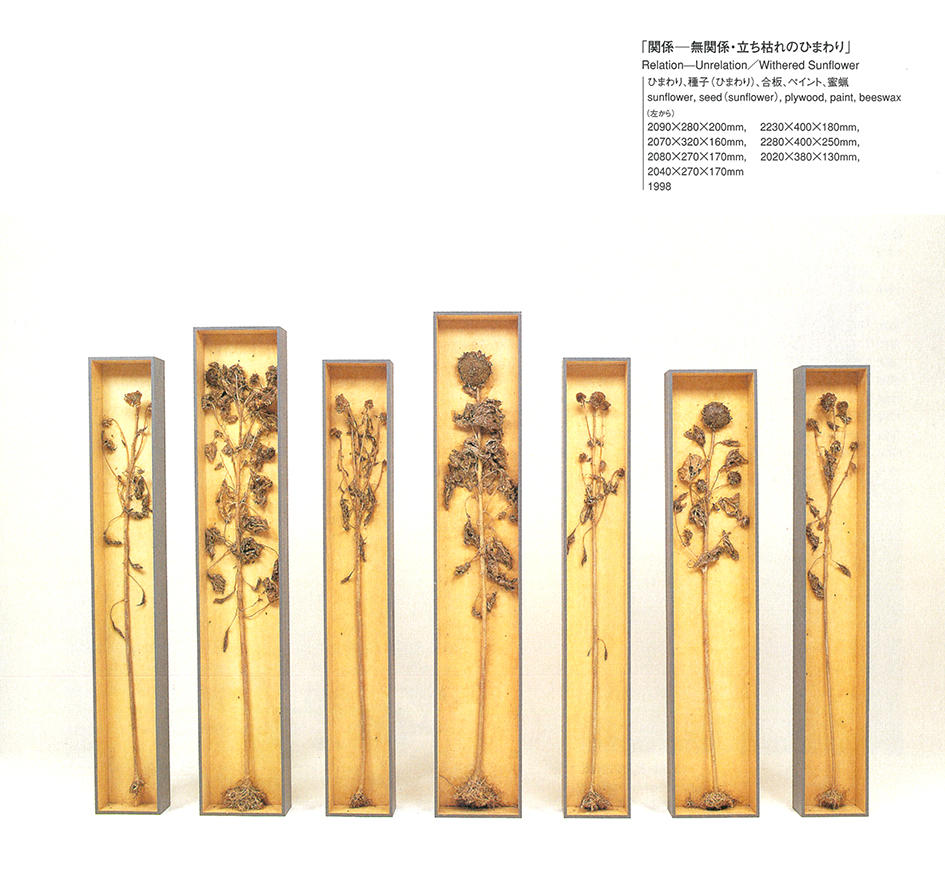 Most of the works to be shown at this commemorative exhibition will compose two spaces of Snow-Land Agrarian Culture Center, Matsudai, Echigo-Tsumari, which will be opened to the public in this summer. In this inhuman country/society, this facility aims at being the core to revitalize the region which has been related with nature through agriculture. Lt houses really unique devices, which you may not understand without visiting, and Mr. Kawaguchi shoulders a principal part of them. There the great sword-man appears to be a farmer by nature. 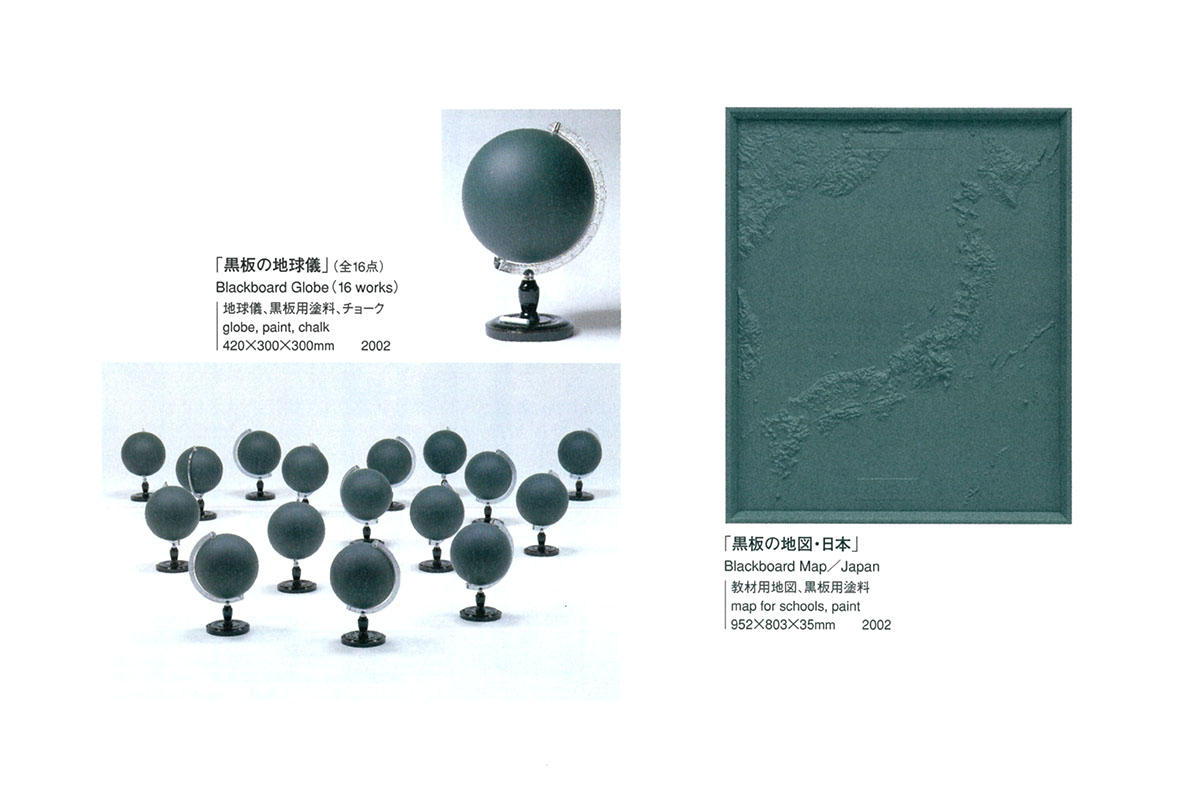 Physiology ebbs and flows between gigantic desire and an individual human body. It is interesting to see whether it will reconstruct universal relationship or go toward absolute anarchism. 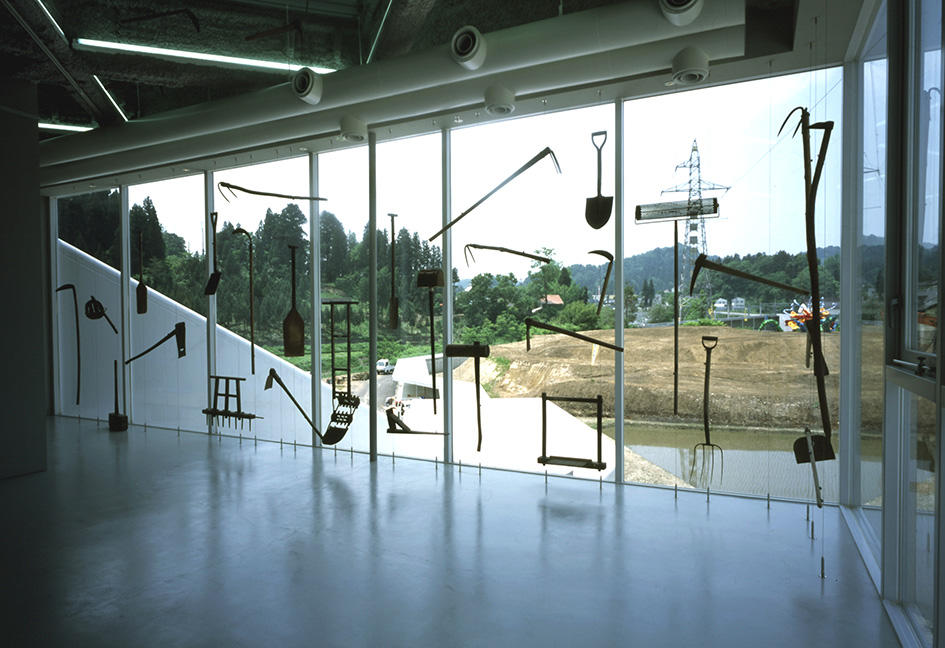 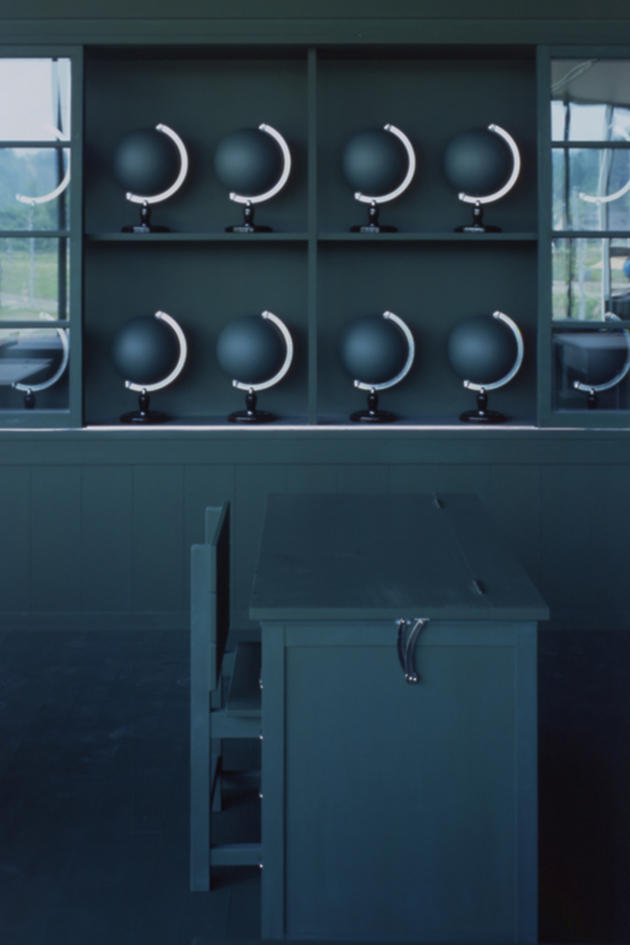