Mise Natsunosuke, mentor of Naoto Sunohara at his university, comments and explores the charm of his work referring his credited mountaineering.

Leap before you look
Natsunosuke Mise, Professor of Japanese Painting at Tohoku University of Art & Design

In our Tohoku University of Art & Design surrounded by grand mountains, creation of Japanese painting is developed based on 冩生Shasei or sketching (the present life) as a means of looking carefully into the object to be depicted. We are directly faced to overwhelming nature leading to our encounter with “others”. Subsequently many students go among the locals through various projects they foster, and they are warmly welcomed by the local people, which is unique to this special environment. 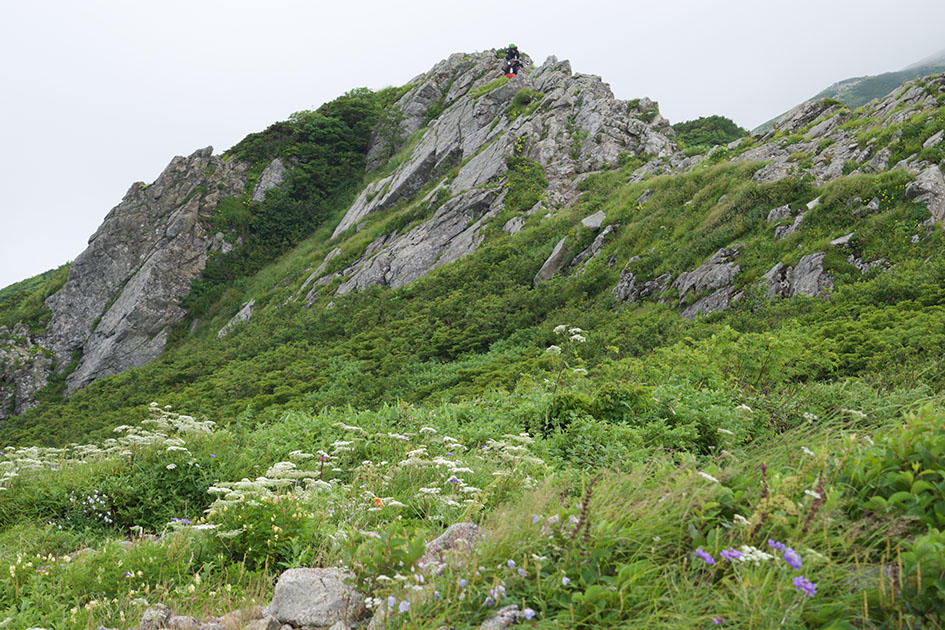 Naoto Sunohara creates paintings on the basis of Shasei with surrounding objects as motifs. His original experience can be traced in climbing up mountains in his hometown Shinshu (Nagano) area. Imagined scenery of older days acquired only through time difference between the present and past has been mixed in complex layers with the real landscape of Yamagata where he lives and works. Such process contributes to generate an almost abstract painting of “mountain itself”, where his breath is overlapped with the picture plane. 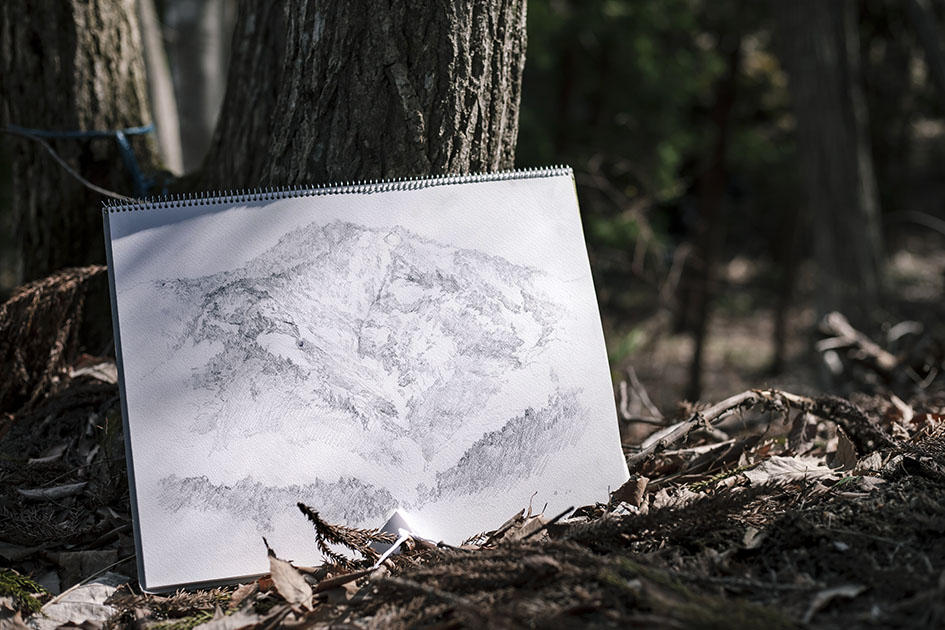 Equipped with serious preparation, Sunohara climbs up many mountains before painting, to represent our surrounding world itself going beyond figurative color or forms, but always clinging to Shasei experience on the spot. Each strokes of brushwork, together with each step in mountaineering, might be associated to his exercise in Japanese drum with repetitive action of dubbing which was more than a hobby to him.

Act of dotting and its resonance of being dotted followed by silence. The repetition of discipline enables Sunohara to “leap before you look”, a stage only the top athlete can achieve, in his brushstrokes. 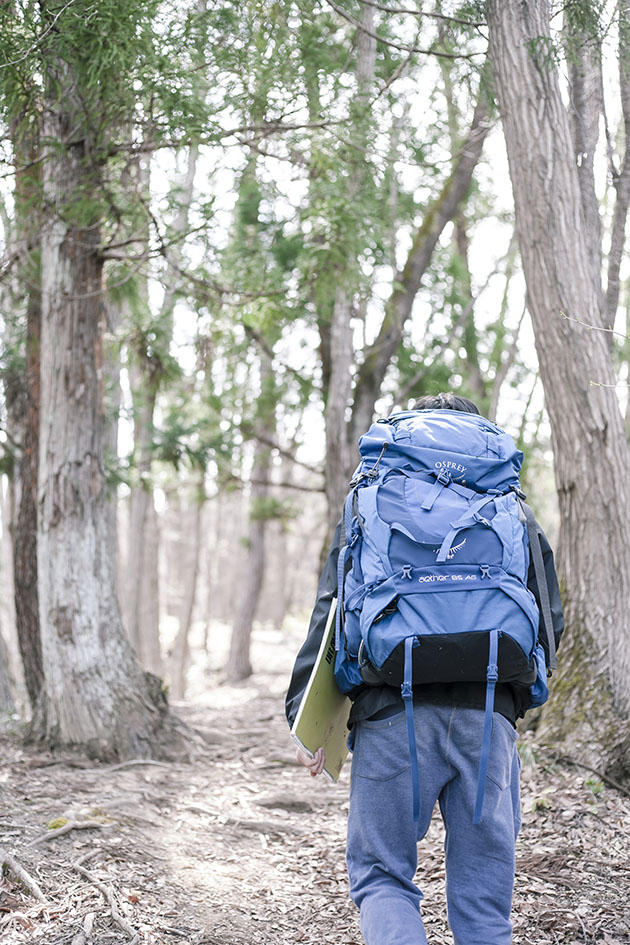 Yukihiko Yasuda, artist of Japanese painting, once sent his message to his disciple, Yuuki Ogura, that “If you get a piece of leaf, you grasp the cosmos itself”.

Sunohara continues painting like breathing today, as Chinese line goes 胸中山水 Landscape is inside your mind, going back and forth between the micro and macro through his own bodily experience. 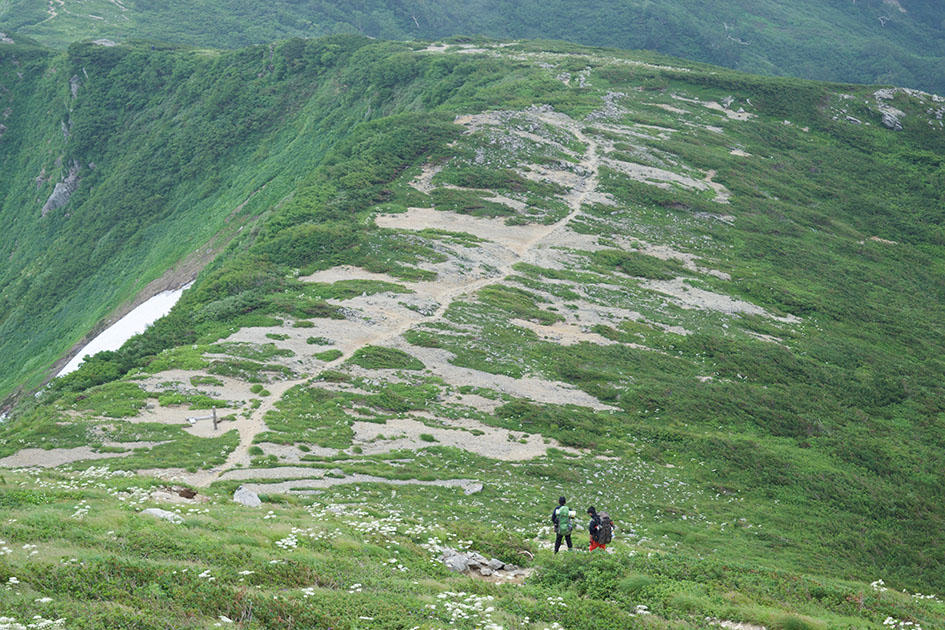 【Natsunosuke Mise】
Born in Nara Prefecture in 1973, MISE Natsunosuke received his M.F.A. in Painting with a focus in Japanese-style painting (Nihonga) (Japanese-style Painting) from Kyoto City University of Art in 1999. He is also the winner of the Special Committee Award at the 5th Higashiyama Kaii Memorial NIKKEI Nihonga Awards in 2012. With a style that is vividly conscious of Japanese-style painting (Nihonga), he has made works which use rust as a material of expression and landscape productions laden with gold leaf and is currently engaged in expressions which primarily use sumi ink. Since 2009, he has been working under the title "Is it possible to create Tohokuga (Tohoku-style Paintings?" at Tohoku University of Art and Design, where he is an associate professor. As a part of his teaching as much as it is an investigation into Japanese-style painting (Nihonga), he conducts workshops, lectures, and exhibitions in addition to tutorials that contemplate art in the context of Tohoku. Major exhibitions include “MOT Annual 2006 –No Border—" (2006, Museum of Contemporary Art Tokyo) and "Kami. Silence – Action" (2009, Staatliche Kunstsammlungen Dresden, Germany) among others.