Kana Yoshida solo exhibition opens at Art Fropnt Gallery. Yoshida is well klnow for her exhibitions at Opera City and previous year's Lixil Gallery and Art Forum Azamino, or this year7s VOCA 2013 and installations at Shodo Island in Setouchi Triennale 2013.

Also, Works of Yoshida will be exhibited in Anjin of DAIKANYAMA T-SITE from June 4 through July 21.

Kana Yoshida is an artist who works with the human body. This might make it sound as if she is a performance artist, but in fact it is because her work makes the viewer vividly feel the artist’s physical presence in her work ? in mountain walking, cliff climbing, or diving into the sea. Such experiences inform her art. Perhaps the best way to put this is to say that she takes what she perceives with her body and reformulates it, and that this is how her work is made, rather than being simply draws from what she sees. Her work does not show sites grasped from one single point of view, but by paying attention to all directions, she incorporates the remembered bodily experiences of climbing up and down. Her work is naturally equipped with a sense of expansiveness, and refused to be a panoramic view seen from a single point. It was natural that these body-involved expressions led on to a type of work that invited viewers to use their bodily experiences too. At the Opera City Art Gallery exhibition in 2011, the powerful yet delicate lines of her mountains covered a long wall from floor to ceiling, which required viewers to move about in order to appreciate the composition.

At the exhibition at Art Forum Azamino in 2012, the whole gallery space became a landscape with the panels following the right-angles of the walls, while at LIXIL Gallery a work depicting a lake was installed on the floor, which gave a sense of escape from the confinement of conventional painting.

Setouchi Triennale 2013, which opened in March, is showing Yoshida’s work at Shodoshima (Shodo Island), and this will last until autumn. A gigantic inverted cone of over 4 metres is hung from a ceiling. Viewer enters the cone by bending low, after which they are surrounded by an under-sea landscape. Yoshida made multiple dives around Shodoshima in order to create this piece. The strokes drawn in this piece are so vivid and fresh that they seem to have been made by the swimming and diving strokes she must have used. Looking upwards, an island extends three-dimensionally, not drawn on the rectangular panels, but cut out along the island’s outlines.

This solo exhibition at Art Front Gallery is her first since last year in Tokyo. It will show new relief-like pieces depicting forests, with outlines of cut-off zigzag shapes, as well as pieces drawn on panels. Her outlining technique using vigorous sketch-like energy can be understood as a development from her use of lines so far. A forest is very difficult to grasp visually as a whole. Scenery changes as you push through the trees. You may come across a fallen trunk, or suddenly find an open view. A forest can be characterised as an experience of ever-changing scenery. Trees are independent while a forest is their collectivity. Yoshida’s work not only shows the interesting shapes of each element, but also forms an installation akin to a vast forest. As we walk through the forest and its various changing scenes, we discover the potential for an art that is expanded though the bodily experiences and expressions of the artist.
Toshio Kondo, Art Front Gallery 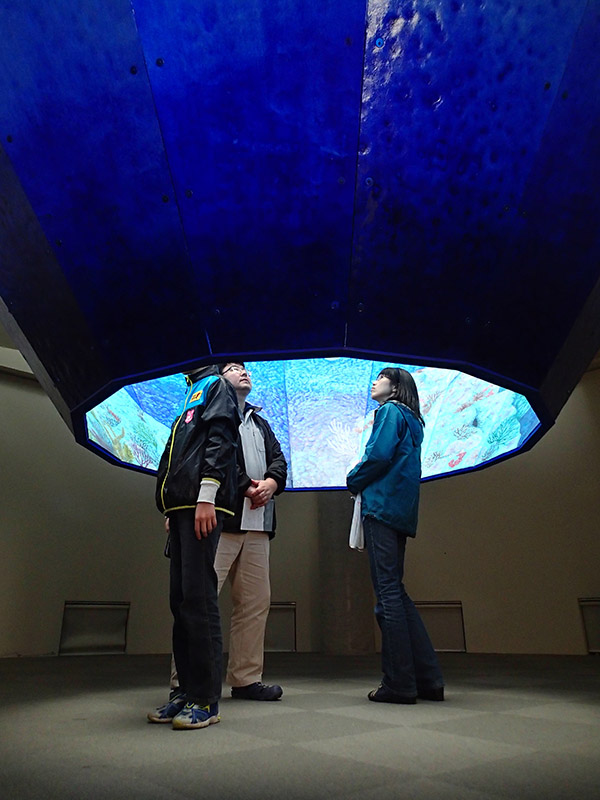 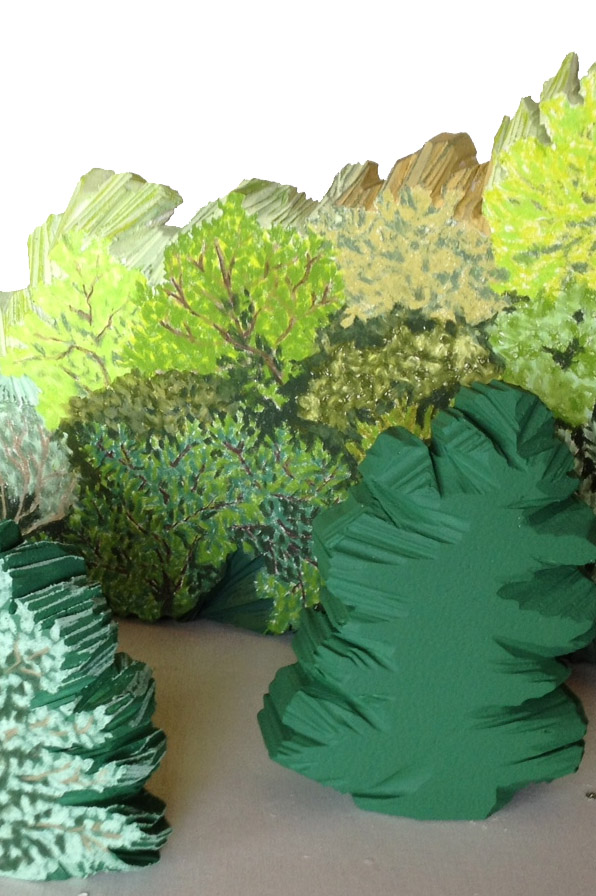