Gallery's Picks for the Month (Their glorious days still alive)

Here we introduce the late gallery artists who passed away regrettably in these recent years as "Their glorious days still alive". We hope that you will enjoy the essence of their artwork created and expressed in their whole lives.

These works below are available at our gallery . contact@artfrontgallery.com or please contact ＋81-3-3476-4868 (Shoji, Tsuboi) for further information. 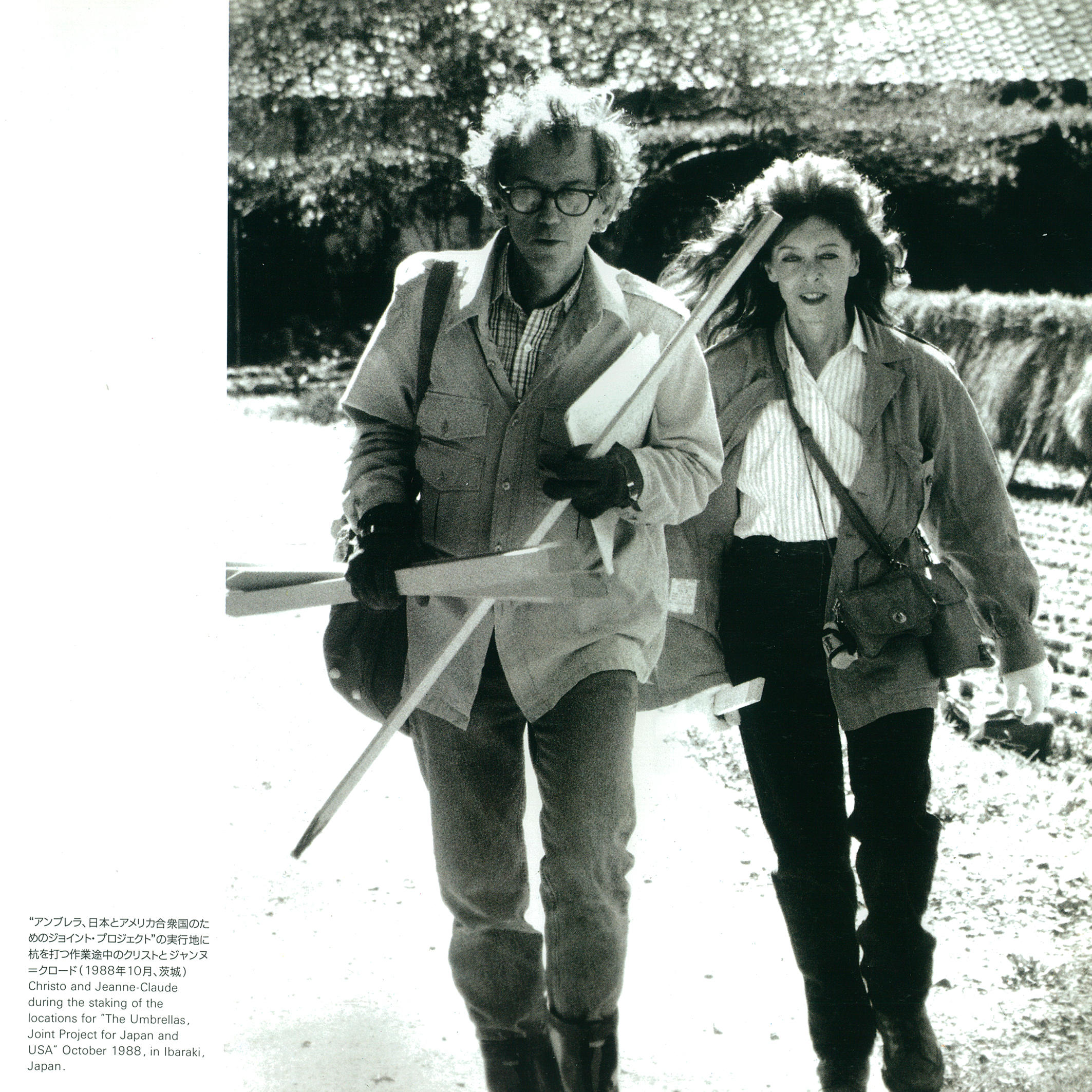 Christo and Jeanne-Claude were both born on June 13th, 1935. Christo, born in Bulgaria, studied broadly painting, sculpture, architecture and decorative arts at the Ecole des beaux-arts at the capital Sophia. In 1957, he found an asylum to Wien, then starting his creation of “Wrapped objects” such as cans and bottles in Zurich next year. He settled himself in Paris, and is said to have met with Jeanne-Claude, daughter of a client who had commissioned a portrait to him. Christo sometimes got orders of portraits for his living. In 1961, he launched design and creation of artwork in public spaces. It is said that the idea of wrapping the Arc of Triomphe was generated in that period. He moved to New York in 1964, producing large projects since then in a number of spots of the world. 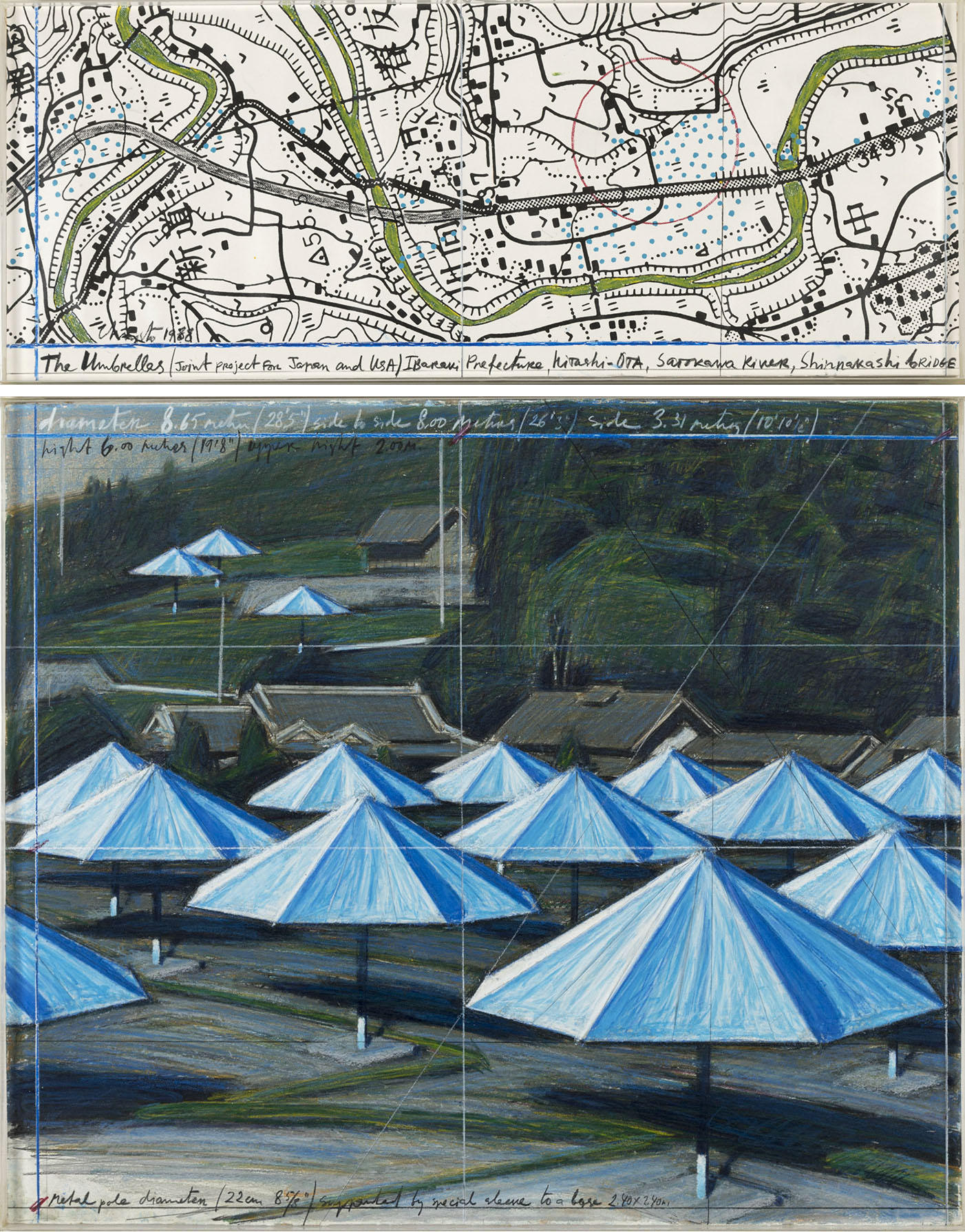 Christo “The Umbrellas, joint project for Japan and USA 1984-1991” 1988 pencil, cloth, pastel, charcoal, crayon, enamel paint, map
Art Front Gallery supported his joint project 1991 of Umbrella in both Japan and USA, which was the first contact with Christo and Jeanne-Claude. “The Umbrellas, joint project for Japan and USA 1984-1991”, as seen in the drawing as above, was a project executed in Ibaraki in Japan and in California at the same time, reflecting the similarities and differences in use of the land in two inland valleys. In Ibaraki Prefecture, having rural area in the north of Tokyo, the properties of 459 private landowners and governmental agencies collaborated for the project. A total of 3100 umbrellas, 1340 in yellow for Japan and 1760 in blue for USA which stood up with the steel bases. They were bolted to the receiving sleeves and supported the umbrellas to an upright closed position, showing the collaboration and understanding of local people in Ibaraki. 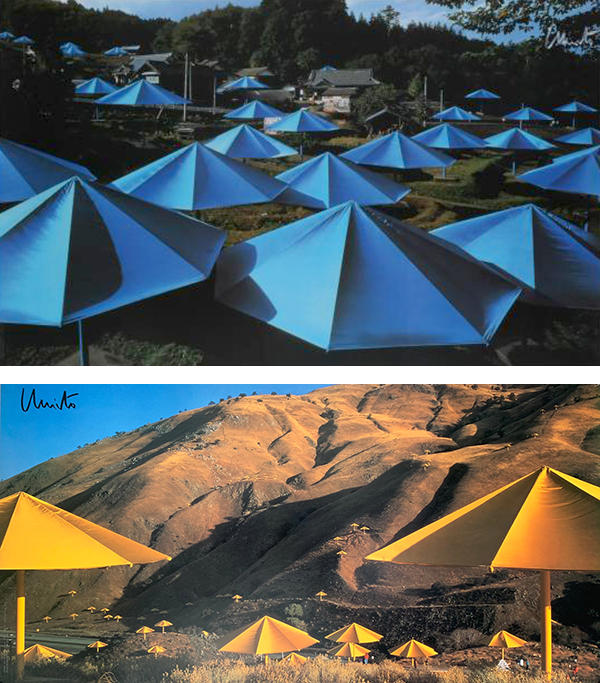 Top) poster “he Umbrellas, Japan-USA, 1984-91. Ibaraki, Japan Site” 610ｘ1000ｍｍ
Bottom) poster “The Umbrellas, Japan-USA, 1984-91, California, USA Site” 500ｘ990ｍｍ
Available works you can see at our gallery include “The Pont Alexandre III, wrapped”, lithograph with hand-collage for a project conceived for the city of Paris. Canvas cloth and rope for wrapping project is embodied in this hand-collage with subtle beauty of drape, just like the real project of the wrapping. 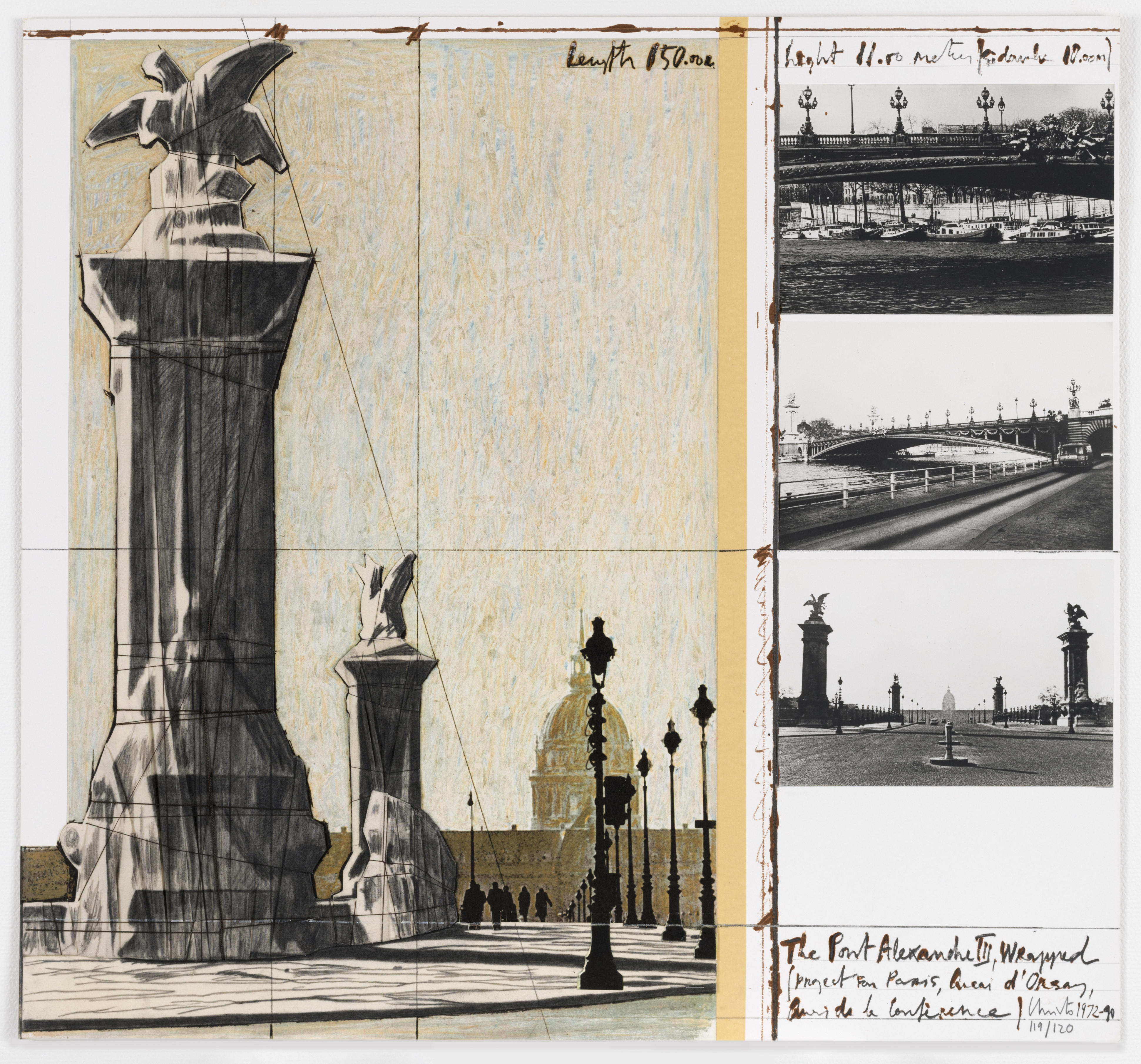 （ contact at Art Front Gallery ：contact@artfrontgallery.com）
In addition, please click here for further information about the artwork of Christo. Legacy of Christo, works for realized and unrealized projects 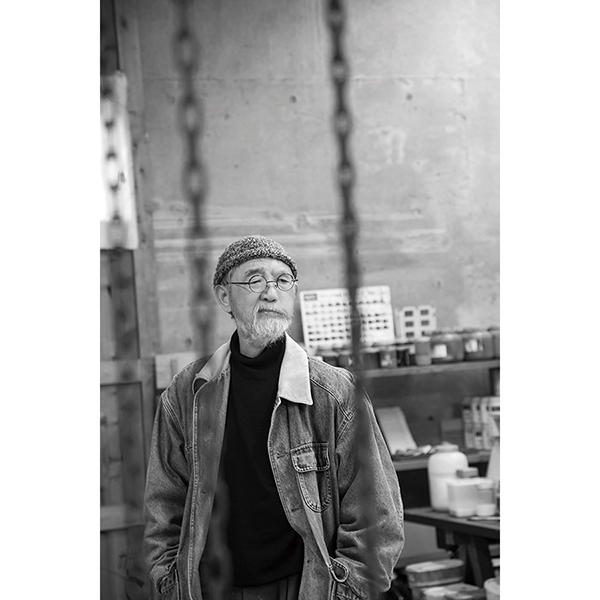 Shintaro Tanaka, making his impressive debut at the age of nine-teen, passed away in seventy-nine, leaving his sixty-years artistic life as the Japanese contemporary art history after sixties. From his youth, Tanaka attracted the attention of the art critics at Yomiuri Independent, joining in the group “Neo Dadaism Organizers” with Genpei Akasegawa and Ushio Shinohara among others. He exhibited in 1968 “Dot, Line and plane”, and its minimal style had a tremendous impact on not only artists but also on such architect or designer as Shiro Kuramata. Tanaka participated in Paris Biennale, in “the 10th Tokyo Biennale: Between man and matter”, and famous Venezia Biennale as representative of Japanese pavilion. After a period of illness, he took up new expression for " The Landscape Veers Perpendicularly”. He also undertook many commissions, including those for Bridgestone Corporation, Faret Tachikawa, Echigo Tsumari, and the Sapporo Dome among others, and these public art was familiarized with the locals in the everyday scenery. 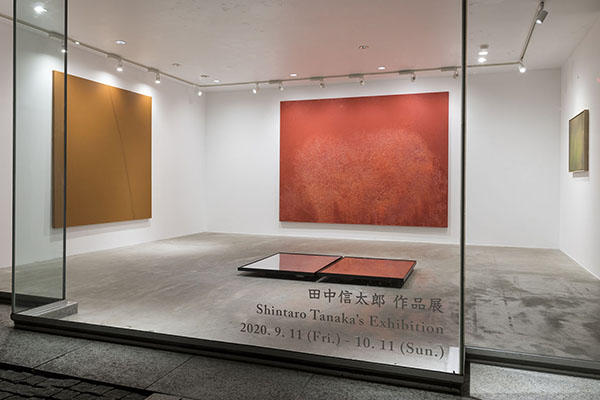 We exhibited Tanaka's Solo show in autumn, 2020 may have stayed in your fresh memory. Some of their exhibited master pieces are now in the collection of Artizon Museum in Tokyo. In the 6th floor of this prestigious museum, both of Tanaka’s work and those of Shiro Kuramata, interior designer having fostered longstanding relationship with Tanaka, are permanently exhibited in the entrance lobby, where these works can be appreciated side by side, just as time there shared together in their lives.
Here introduced is the “Anemophily”, or wind-pollinated flower. Not requiring pollination, these flowers usually do not have brilliant colors inducing birds or insects for pollination. Such character seems to be reflected in the picture plane, where, instead of bold appearance, the subtleness or lively traces of the wind are depicted. 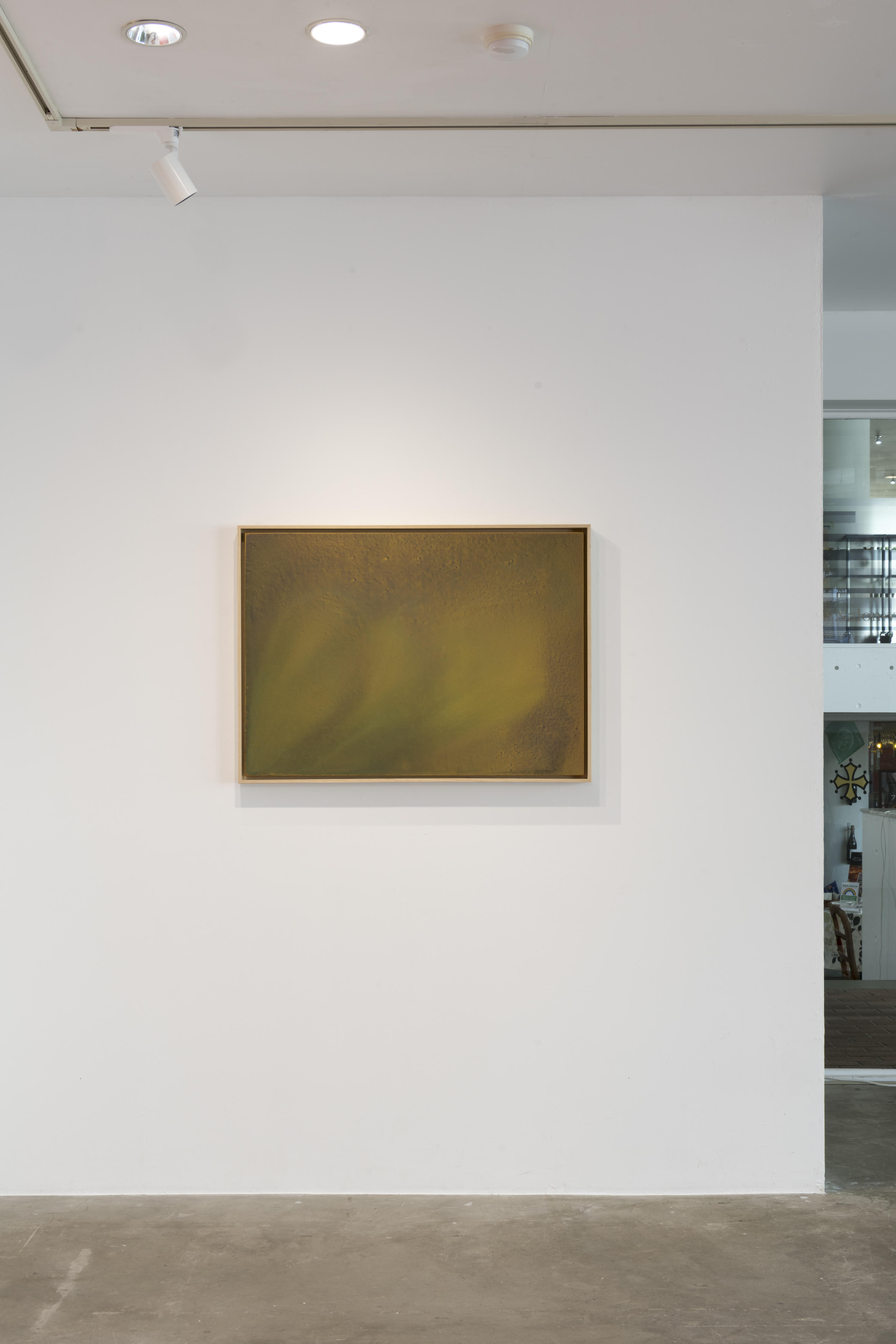 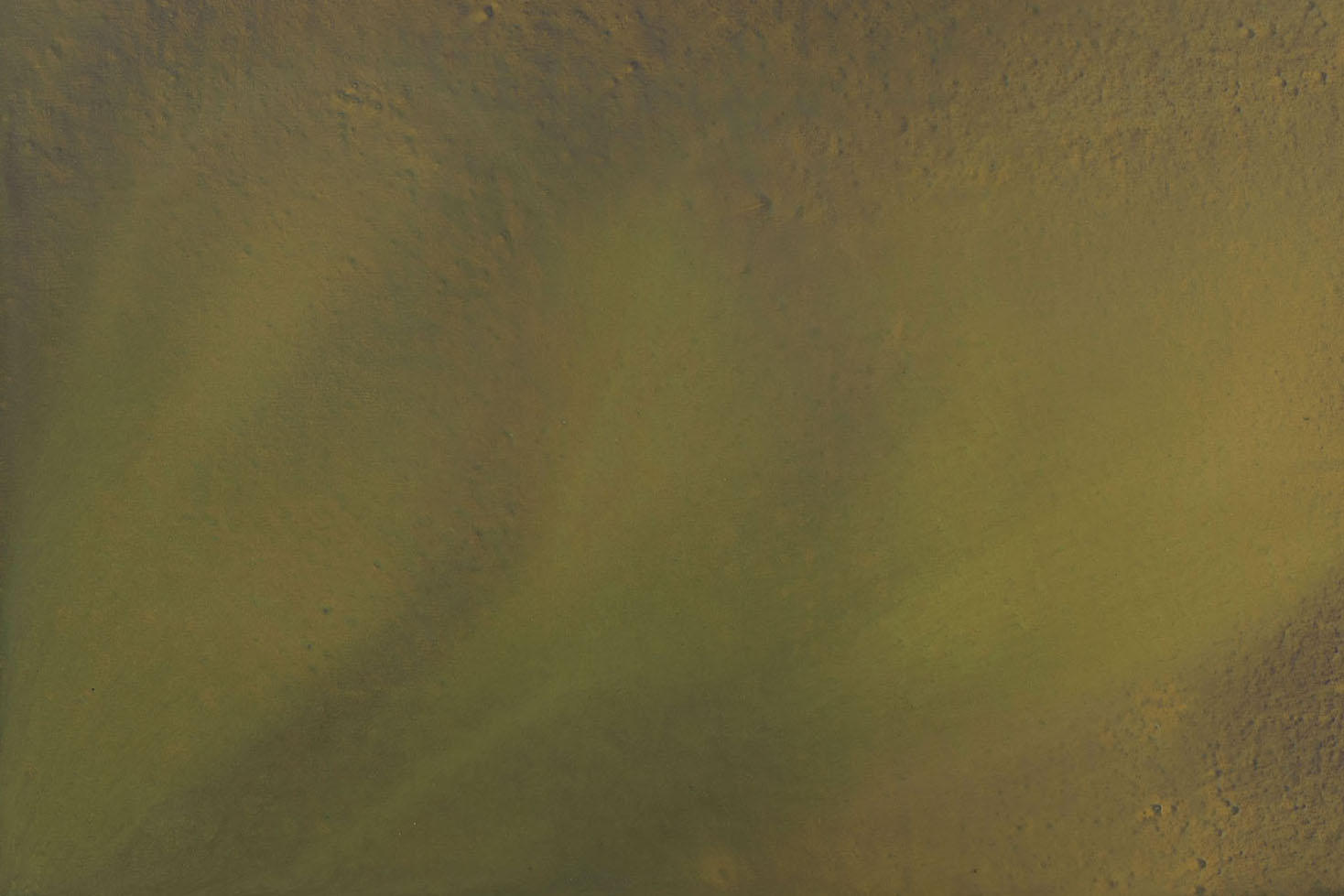 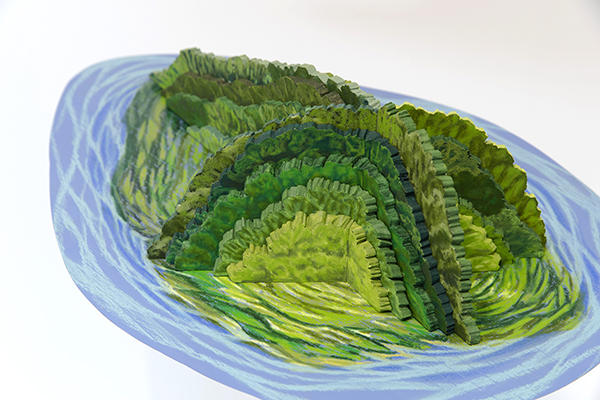 Kou created her artwork, climbing up the mountain or diving into the sea, experiencing by herself the nature as the process of her production. She represented in her work memories, emotion of ambiguity or fear materialized through her own bodily interaction, realizing each place in detail and gradually exploring her experience to enlarge her consciousness to allow it as a beautiful scenery.
Kou participated in the Artists-in-residence program 2011 in Shodohima Island and was fascinated by this island with its abundant nature or generous local community. Since then, she spent years in Shodoshima as her creative base. “The Secret of Hanasuwajima” in form of upside-down circular cone exhibited in Shodoshima for Setouchi Triennale was highly appreciated as the leading artwork of this Triennale, and was re-exhibited in the special exhibit for its collection in MOT. (Please visit the official website of Museum of Contemporary Art, Tokyo for its opening hours.)

Now presented here is the work with her beloved motifs of mountains and sea. Series entitled “Ocean Blue, Forest Green“ were first exhibited in her solo exhibition in 2013 at Art Front Gallery. Solo ExhibitionKou did not limit her work within two-dimensional works but also challenged the materiality of three-dimensional works transforming the landscape into her own inner scape. “Personal landscape” based on her own experience can be detected in the 《No dimensional limit anymore》or ““Ocean Blue, Forest Green“ in the collection of MOT. 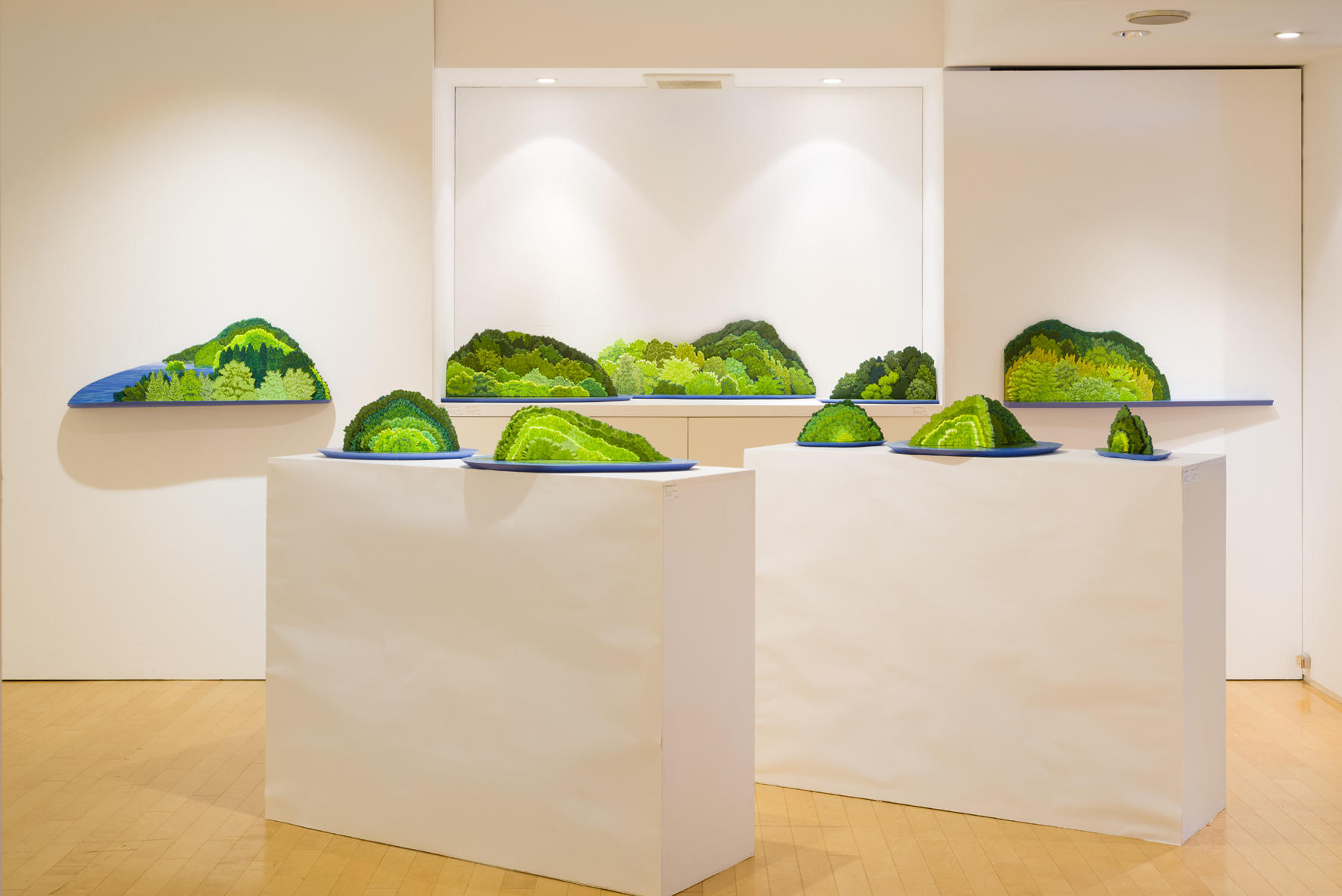 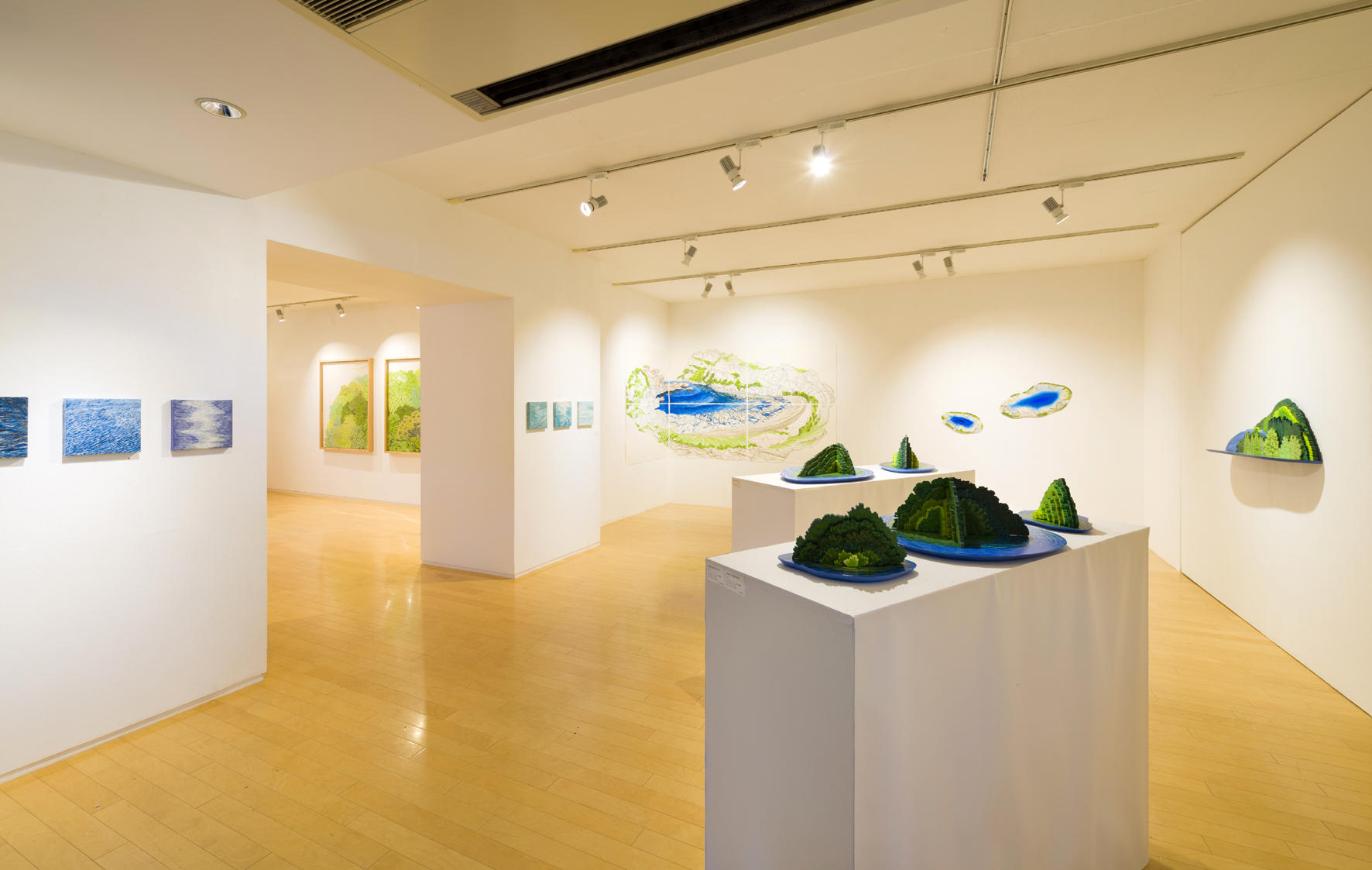 Kana Yoshida Solo Exhibition "Ocean Blue, Forest Green" 2013 at Art Front Gallery Installation view
(The artist changed her artist’s name from Kana Yoshida to Kana Kou in 2016, for the latter Kou is the original family name of her father, Korean living in Japan.) 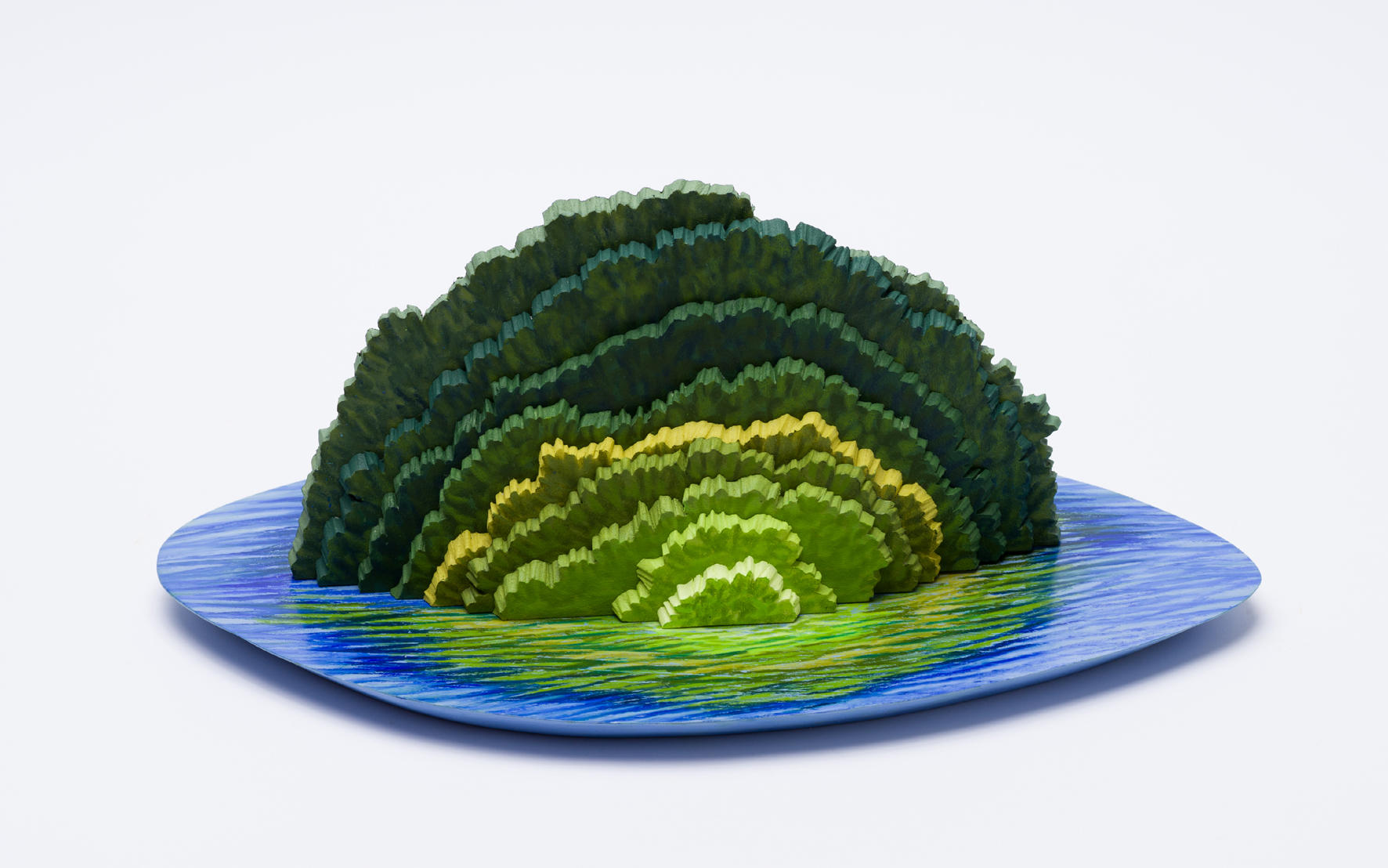