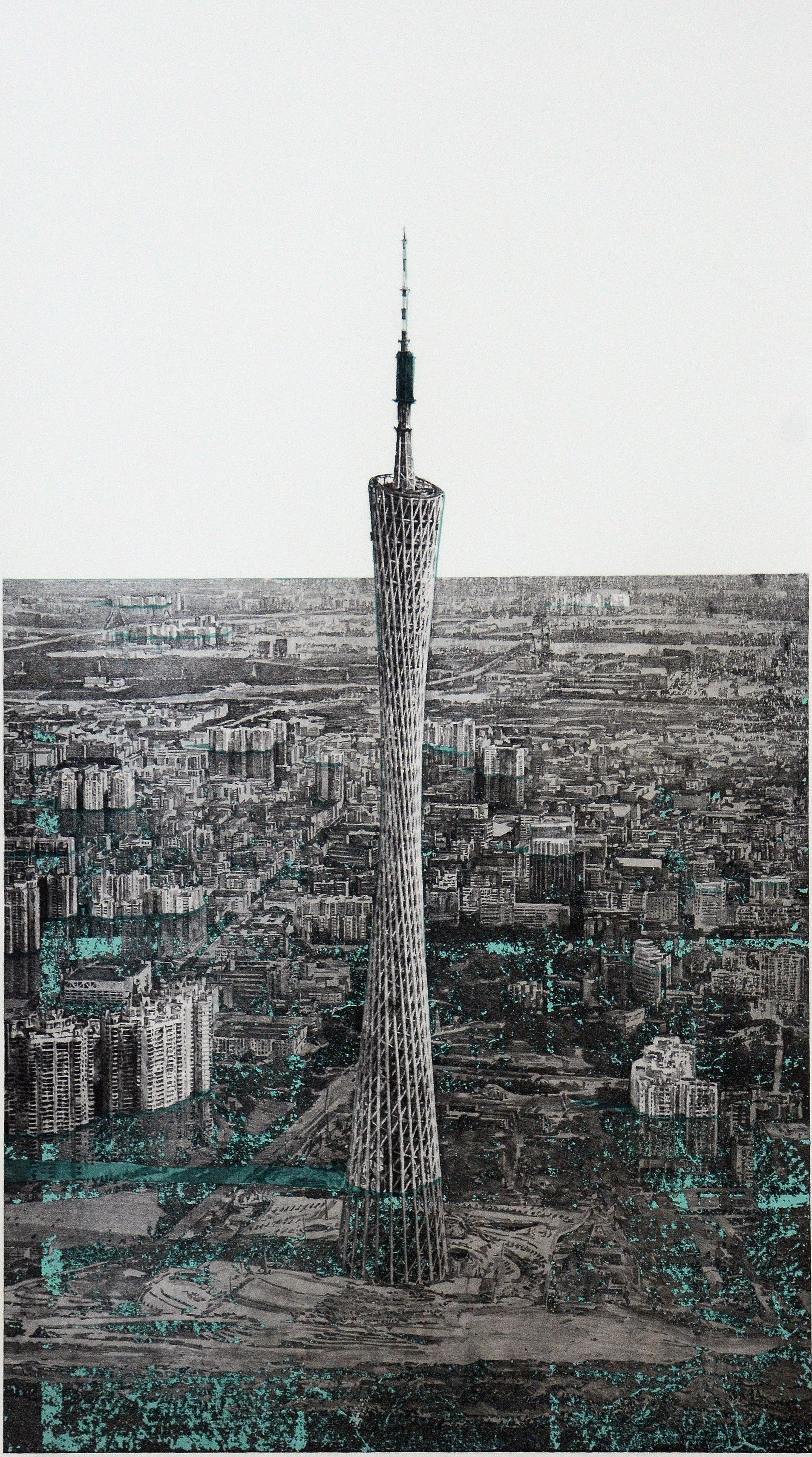 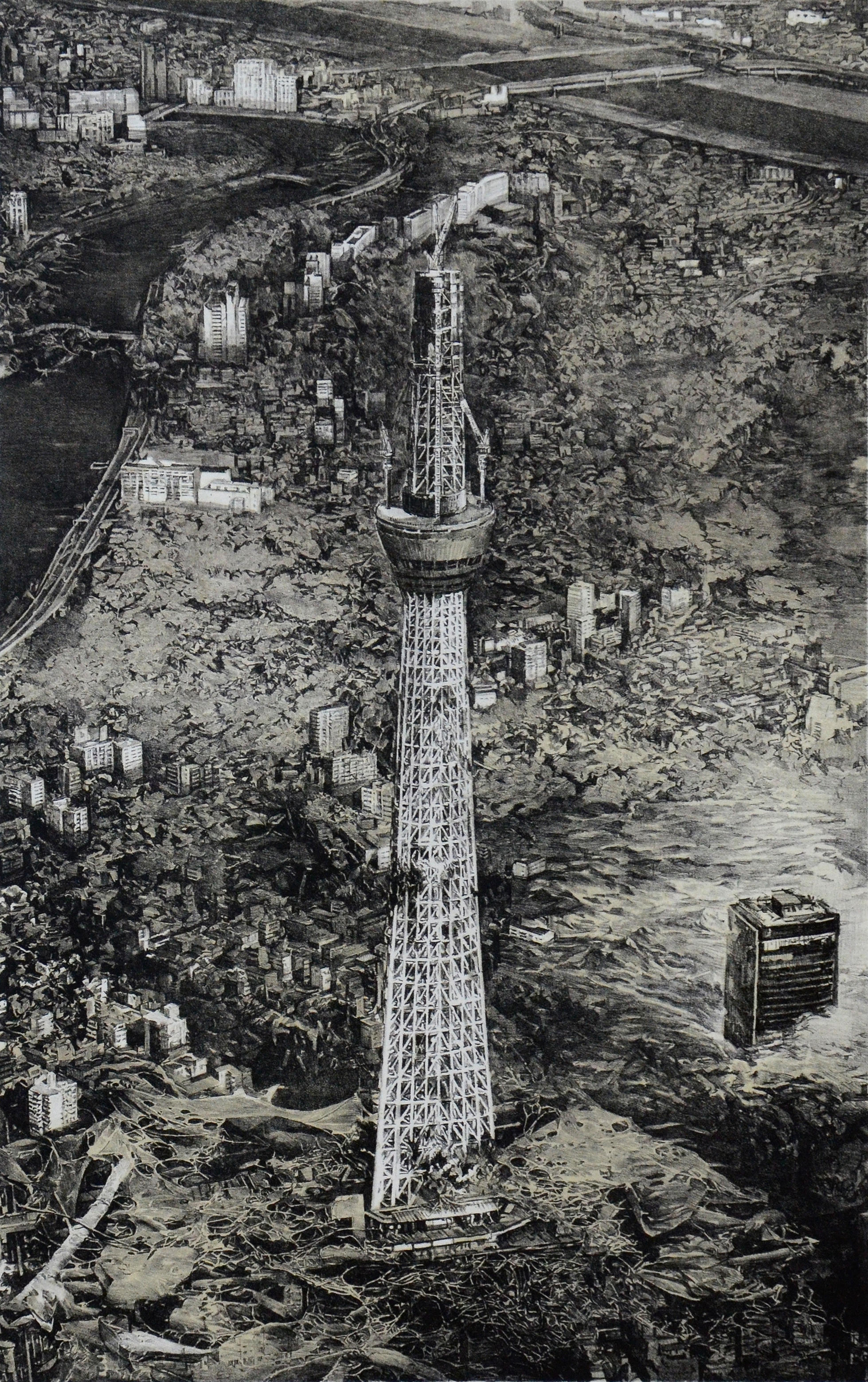 Something terrifying must have occurred. Familiar cityscapes have been reduced to ruins. These wastes lack any hint of freshness, as might be seen on ancient, weathered remains. Instead, the vistas are dominated by a sense of unclean rawness. These ruins are only at the start of a process of transformation by climate and time.

What we see must have come about through a sudden interruption. Perhaps a vicious, unknown virus spread. Perhaps there was a chemical attack, or a tsunami. Did the vengeful God of the Old Testament return to erase all earthly life?

Giovanni Battista Piranesi depicted ruins, but he retained a hint of continuing human activity. Here there is none. There are not even bodies, nor scavenging crows and dogs. Despite being devoid of life, however, we intensely sense an organicness in these raw scenes, for the streets and buildings themselves convey memories of form, like ammonite fossils.

Who could have witnessed such forbidding prospects? Of course viewers are those who view these work of arts, but how do their viewpoints relate to a possible viewer of the actual depicted scene? Hisaharu Motoda’s work require us to think of a time with no humans left, nor even birds and animals. One might therefore think his scenes come by half-broken surveillance cameras, left on the roofs of buildings or fallen down onto the ground. No camera could not take pictures of the Tokyo Skytree from above, so perhaps that is the gaze of a drone, running low on fuel, or what Angels of the Apocalypse will see.

It is thus vain to search for the identify of the viewer within the picture. The scenes are products of the artist’s mind, and throughout the history of painting, numerous works have depicted things that no human could ever observe. Nonetheless, confronting such no-man’s lands, we feel an urge to locate the identity of who actually saw them – that person’s gaze, directed on a world that no human can ever see, and where the human imagination no longer exists.

Motoda’s visions are of a post-human world, so he seeks access to a world that, by definition, we can never know. Yet he works within human life, using that most human of characteristics, the imagination, to access this world where the subjectivities of the human mind have been lost.

When the words ‘before/after’ encounter those of ‘human being’, it generates a special sense of urgency. As the great Persian poet Saadi put it, ‘our world is an interstice between two kinds of nothing’. The post-human visions of Motoda can be said to form a circle with earlier, pre-human times. Both epochs invite viewers to go beyond their human limitations.