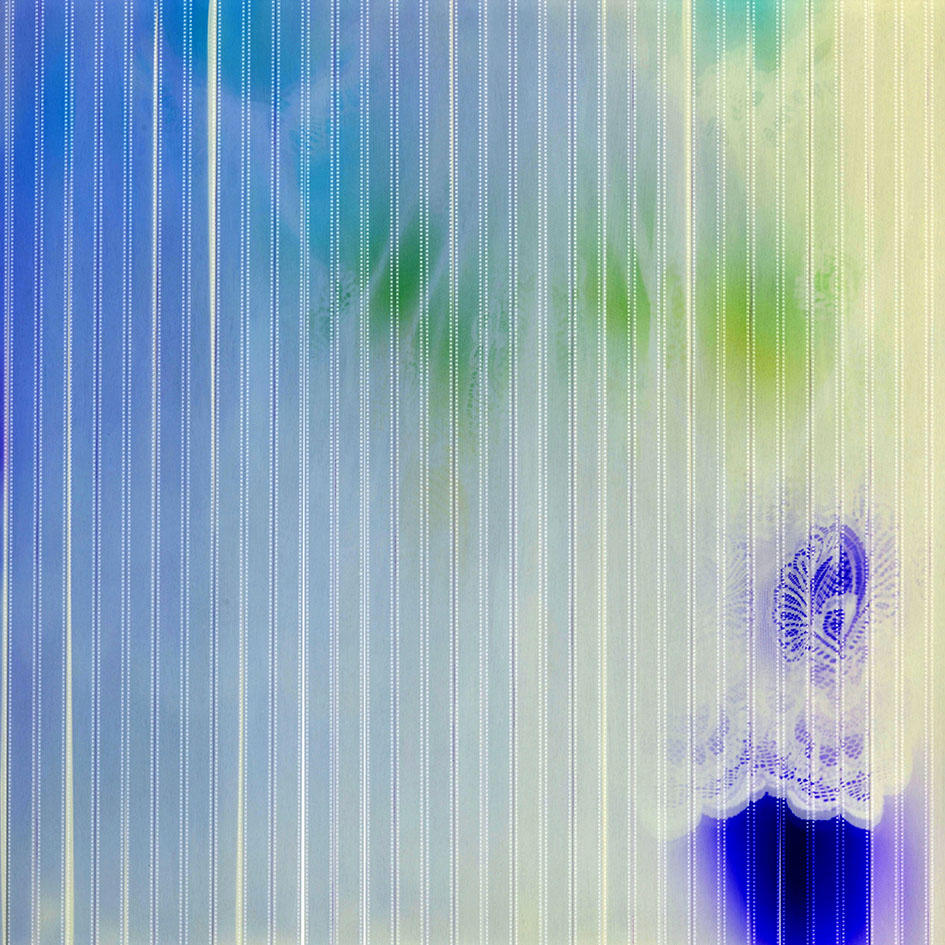 Let there be light: and there was light. In the Old Testament, it was light that God initially created upon the facing the dark universe and the earth. As the basic component of our world, light should have been the foremost essential element for human kind. We indeed recognize an object, its color and shape by the light. Artist’s creativity may be considered in general as the most important footage for an object to become an art object. However, art also needs viewers. Light and viewers are another essential factors for art to survive.
Both artists, Miyuki Takenaka and Michiko Isono, especially in this exhibition, poses themselves as viewers of the world along with their standpoint being artists, and pursue their own method to draw light in as a material of their work.
Takenaka has been working from the beginning of 2000’s using drips of resin to make shadow and reflection of the material as a part of her work. In 2013, she starts to use strips of cinema films. Having a background working in a film developing studio, this was a natural process for the artist. The works with arranged colors on films developed by the artist after being exposed under different colored lights in the dark room, can still be considered as being on the same track as paintings. After four years of continuous experiments in the studio, this year, she finally came back in front of the audience with the new series of works. For the first time in her artistic career, her works started to contain real figurative objects, such as curtains and lamps found in a house (which would be gone soon), reflecting the real world around her printed by lights effects. Not merely applying her previous attempt to use light like painters, she already grasped a new productive method with her to face the world. In her new attitude, we find a leap of an artist toward the new direction, and we know that she has found a new key to a profound and dense possibility as an artist. 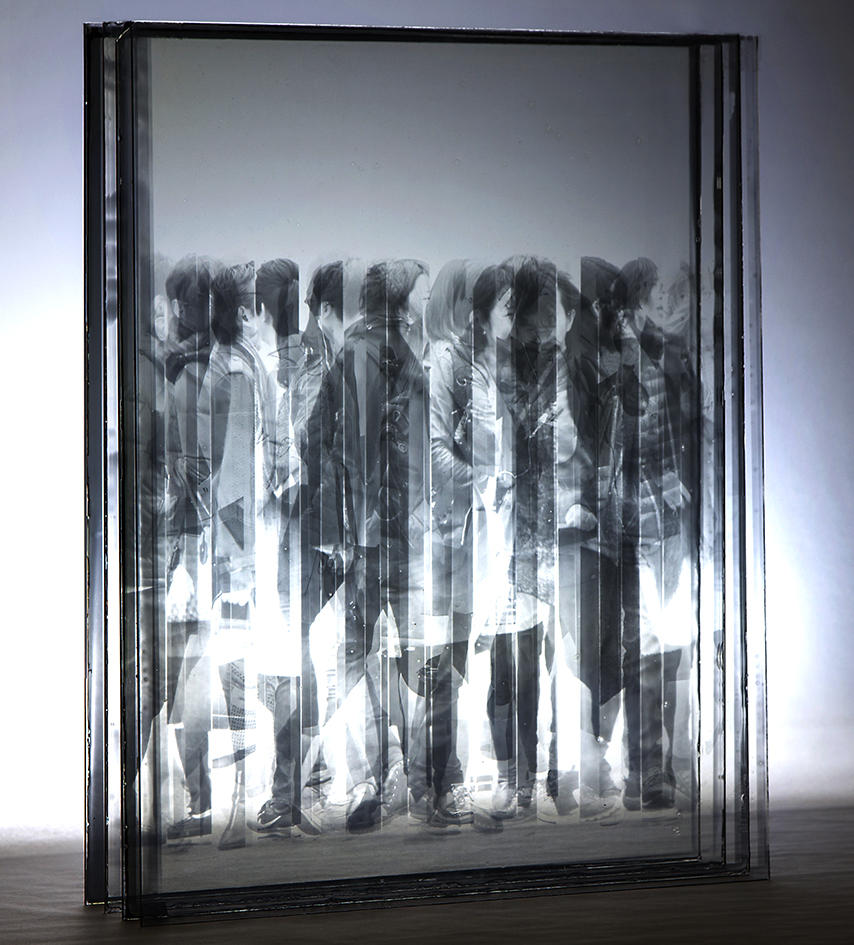 Isono has been using video and photo in order to objectively capture the world around her to turn them into wide range of different type of installations and objects. In 2012, the artist exhibited a video piece shooting an apartment with many futon mattresses hung on their balconies. Following year, taking a video of a busy crossing from above on a rainy day, she explored with a video piece showing stop and flow of colorful umbrellas to be developed also into works made of glass containing photos of umbrellas. The artist invites viewers of the work to turn them into viewers of the world, urging to rediscover new notion of reality which may be too common to be ignored without experiencing the work. This time, the artist has prepared photos of a crowd crossing the street where they meet and depart hundreds of different people daily on the streets without an interest to know each other. The photos will be used as a material for three-dimensional works, which light, not merely in terms that they are photos, plays an important role for viewers to encounter with the work.
Even so, I still have a room to consider whether it was merely a coincidence that material of Isono’s work, slits of photos and those of Takenaka are having a sort of similarity. We know that films are almost about to extinguished in this age of data. Through these two solo shows, we may develop further of our reflections upon materiality of photos and films.