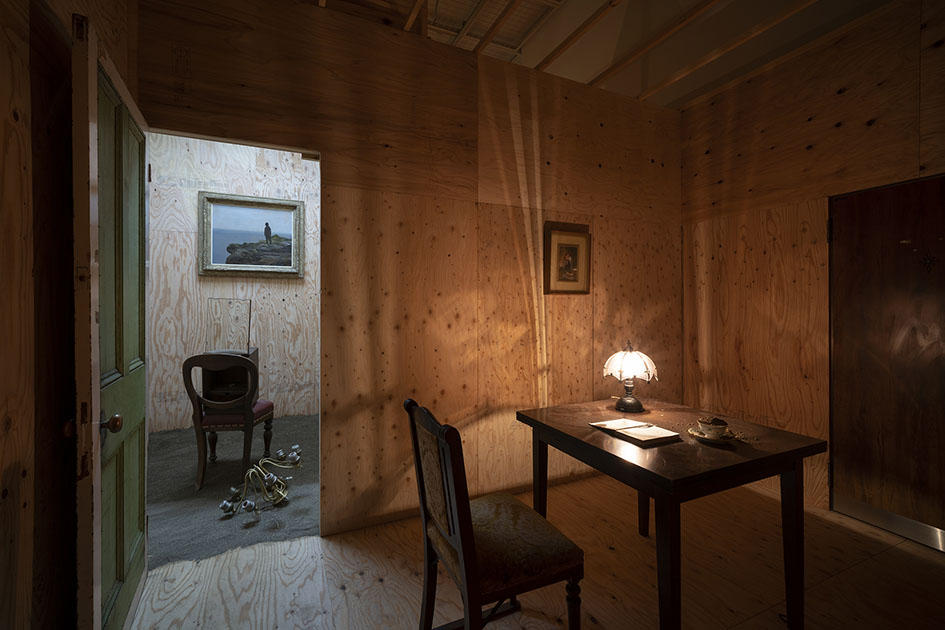 Tomiyasu works with large scale installations consisted of several rooms, intricately divided with frames, making viewers experience a mysterious world. Paintings and mirrors are placed on walls. Furniture and daily objects which the artist collected are installed casually in the space. Entering the space, viewers are to encounter outbreaking sound and movement of placed objects or flickering light in the room. People may feel strange sense of uneasiness or be surprised at by experiencing the whole mysterious space within the work.

The meticulously composed inner space of the installation is created with a poetic scenario of the space, which will remind us of an interstice between reality and unreal concealed within our daily space. Rooms are juxtaposed to make a contrast. One may feel as if the space has been inverted. All these enclosed components of the work are part of layered structure of details with hidden symbolic meanings. And the passage to the fictitious world, inserted with dramatic instance lit by delicate light, would appear in front of the viewers from time to time.

In order to find its introductory, it is easier to take a photograph of one space created by the artist. With features such as its detail composed of daily or uncommon objects, a painting within a painting, or theatrical treatment of light and shadow, the photo we receive may remind us of an interior space depicted in genre paintings by Dutch artists from 17th century. We are to find there an inverted world found inside the mirror, as well as an illusion of depth condensed onto a flat plane. While quietly responding with paintings and mirrors in each room, seeing images on these flat surface after walking through an illusionary space, we are lead into the depth of the space. Or, we may able to say instead that a painting or a mirror are a device to encourage viewers to decipher the message by letting us be aware of something numerously hidden in the given space.

The crevice in between the reality and the unreal in an imaginary world, which the artist has intentionally presented in front of us, effects upon us directly with a surprise. It attracts us by stimulating our intellectual curiosity to solve a mystery by finding an answer of a symbolic meaning. 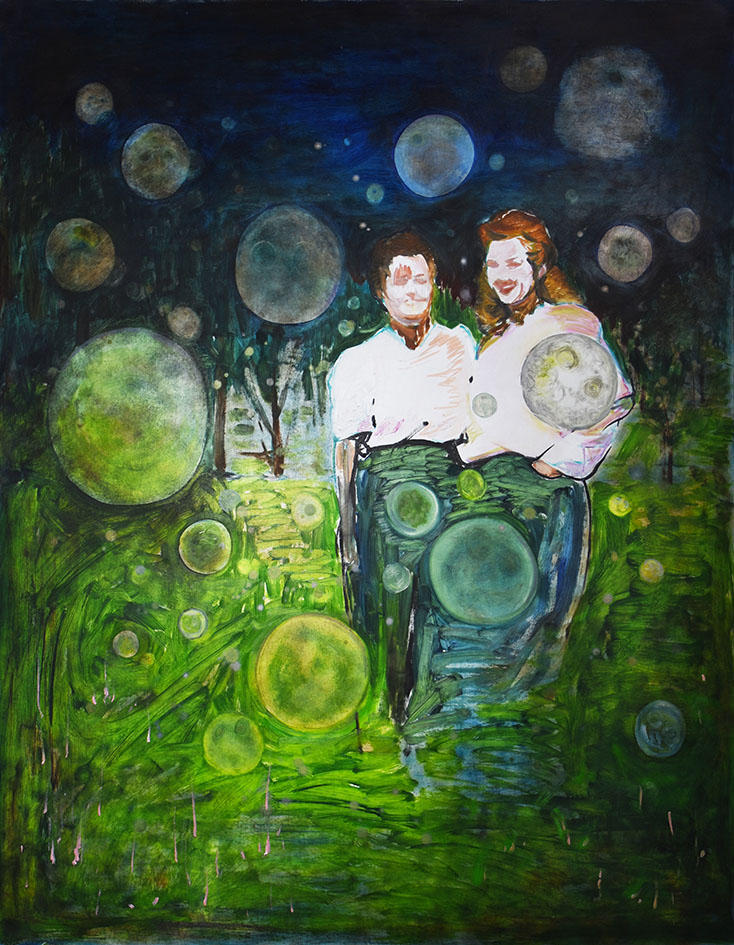