Art Front Gallery will participate Art Fair Tokyo 2021. It will be held from March 19th to March 21st, 2021 at Tokyo International Forum. (VIP preview on March 18th) To prevent the spread of COVID-19, the number of visitors is limited to 1300 per hour. Since the event will be held with limited admission to regulate the number of visitors, all entries will be made through prior reservation with a designated time slot. Please click the link to make a prior reservation.

Art Front Gallery would like to present Tadashi Kawamata and Todo for Art Fair Tokyo 2021.

Todo and Kawamata both uses one specific material to express their arts, and try to see the history or time through art they create. Kawamata has been well known for planting his installation on the monumental buildings connecting the history and the modern world. In his large installations, the artist uses woods and the newly discovered space in the work becomes the artwork. Drawings or models of his installations are not merely showing his plans, but are individual works which content each of his working process, and are becoming more popular nowadays. 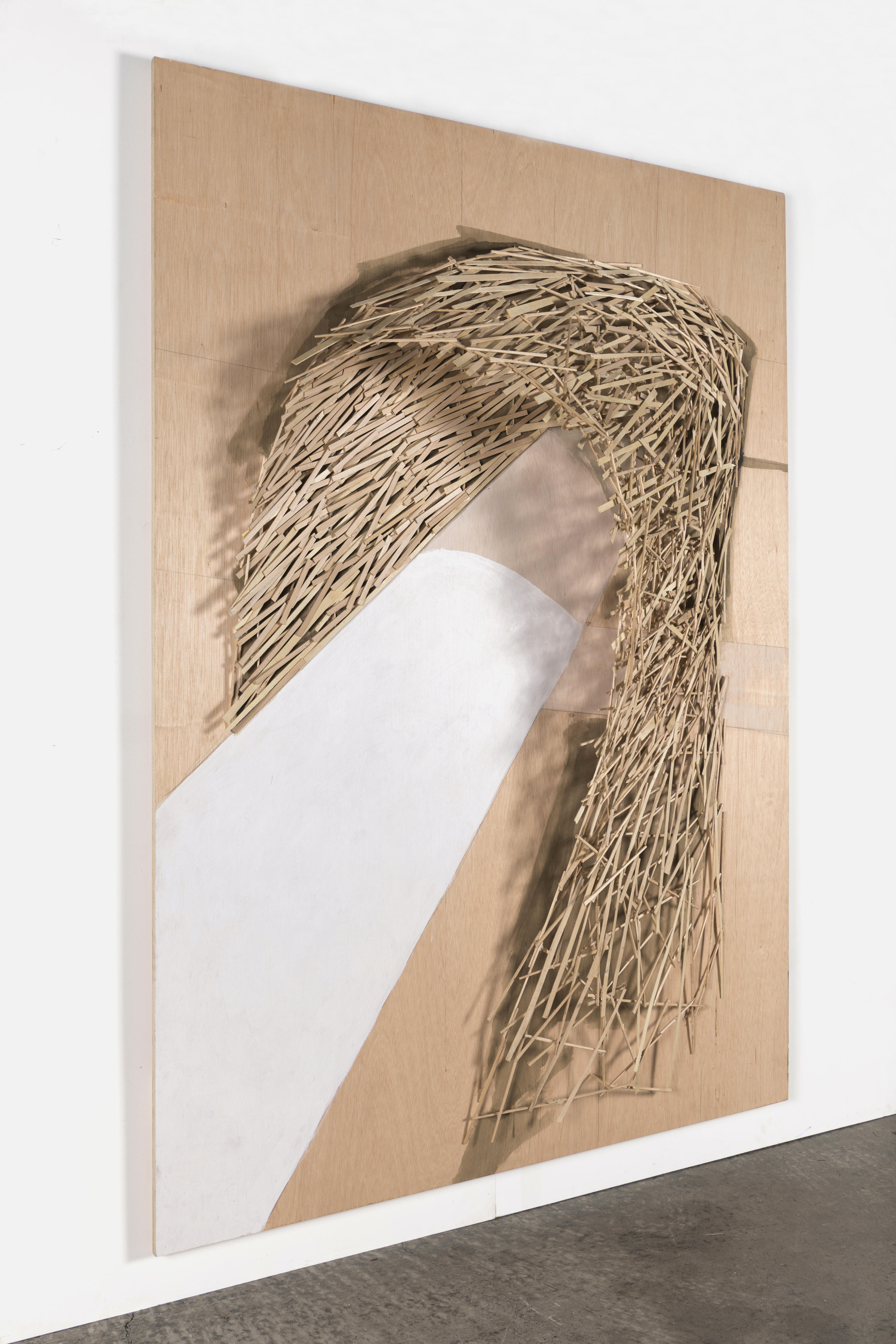 
Meanwhile, Todo created his works with the found objects from various areas in Europe when he studied and lived in Germany. He always believed that the place has its history and the characteristics. By picking up the stones from the monument places, he seizes the history from the place. 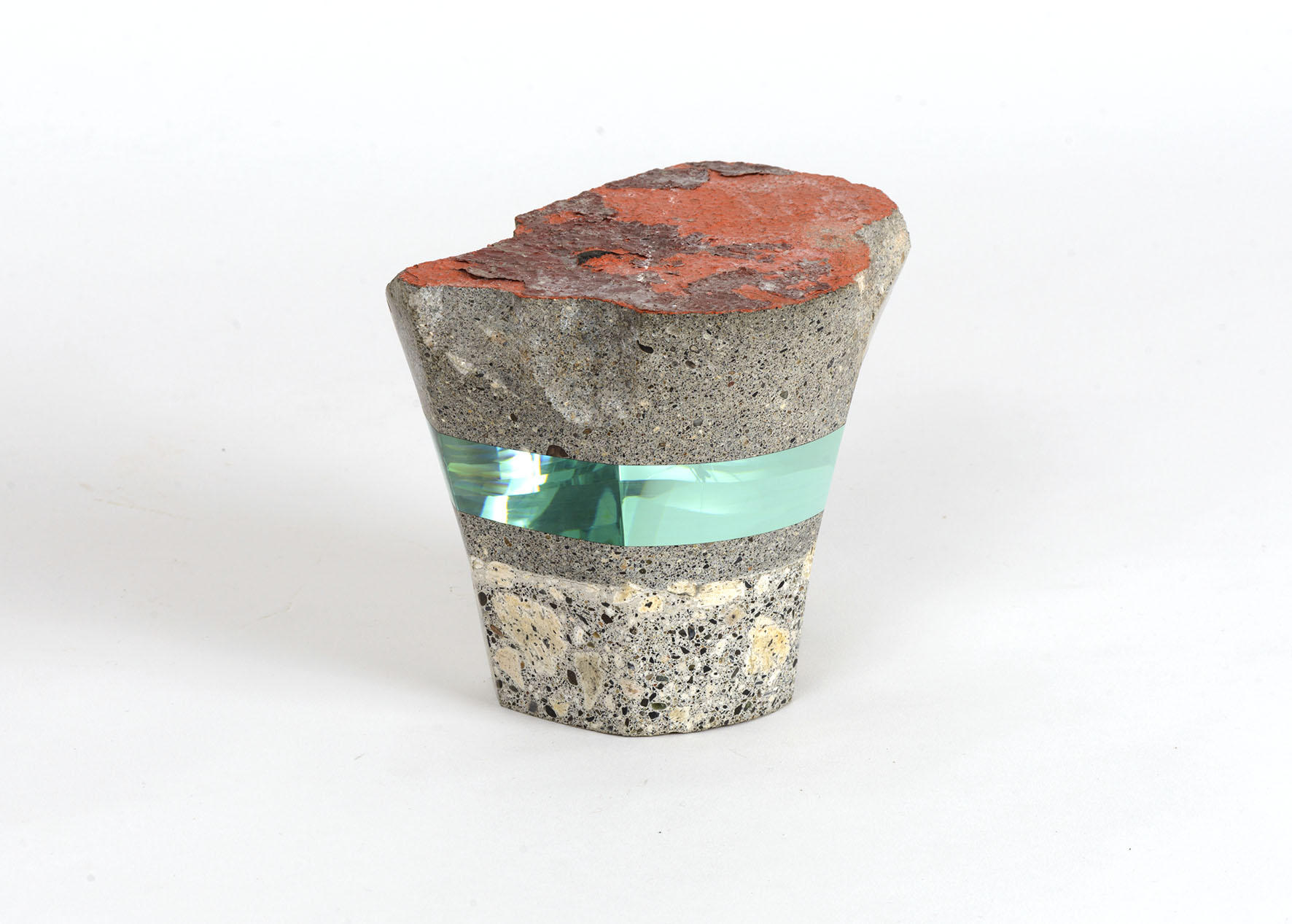 
It seems like they are having completely different style, yet share one more thing in common. Both created works which are related to 2011 Tohoku earthquake and tsunami. 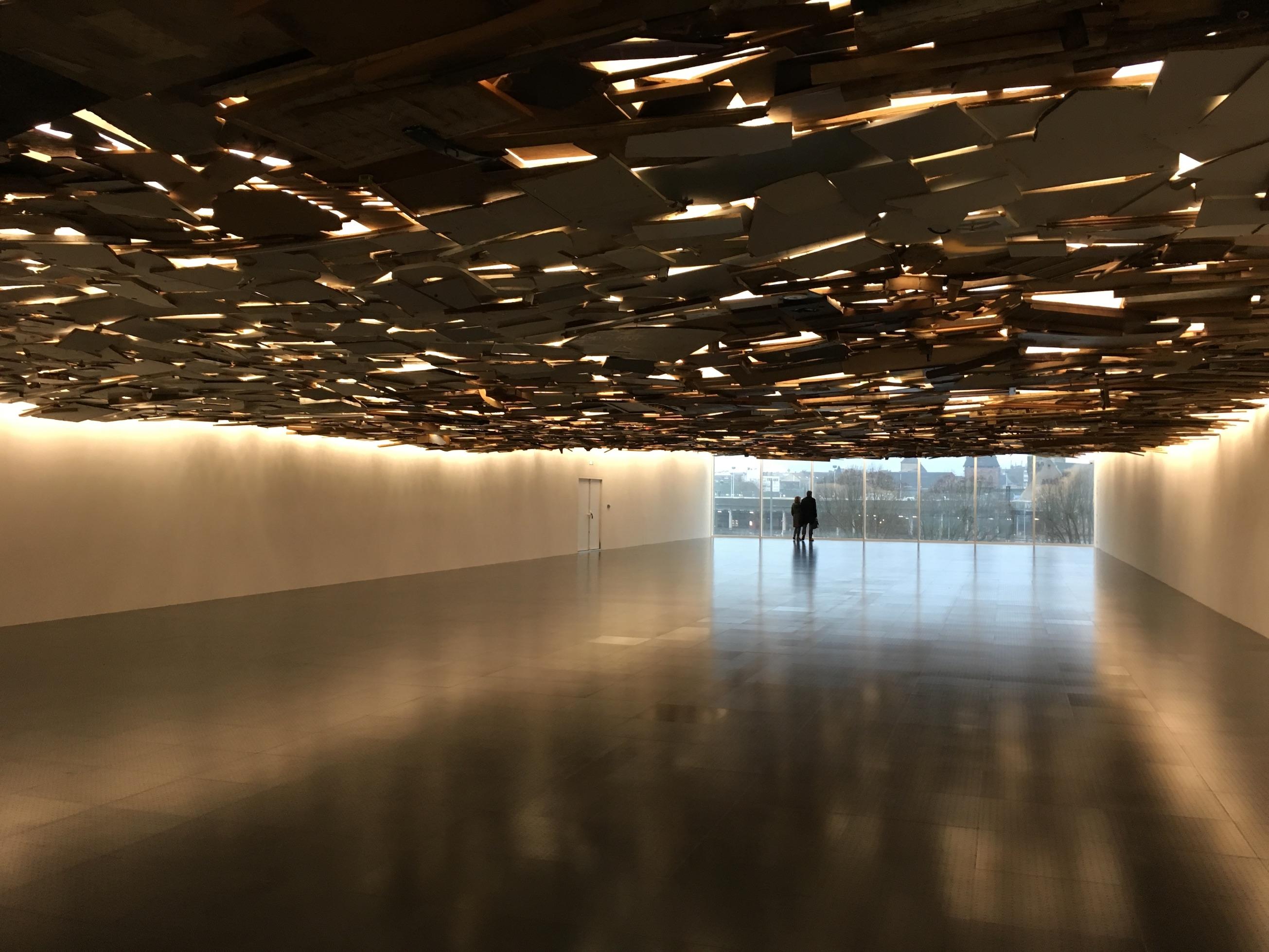 
Other than what I mentioned above, Kawamata studied in various fields, and, Under the Water, the installation exhibition at Centre Pompidou-Mets after 2011 Tōhoku catastrophe happened, is one of the examples of Kawamata expressed the nature disaster. The installation contains lots of wooden debris such as doors, chairs, windows and some of them are difficult to specify the original shape. The installation, Under the Water itself expose the intentions of bringing the viewers to imagine how it would look like from the view of people under the water during and after tsunami severely hit Japan in March 2011 and tons of debris from destroyed buildings covered the water, desperate and hopeless feeling that they cannot get out of the water for forever.

It was truly a big and tragic disaster and stroke his heart that there is nothing he could do for. However, Kawamata said “People try to forget that the tsunami happened, but the debris isn’t disappearing. – it will return.” Rather than forget, yet he tried to conduct a study on this catastrophes. 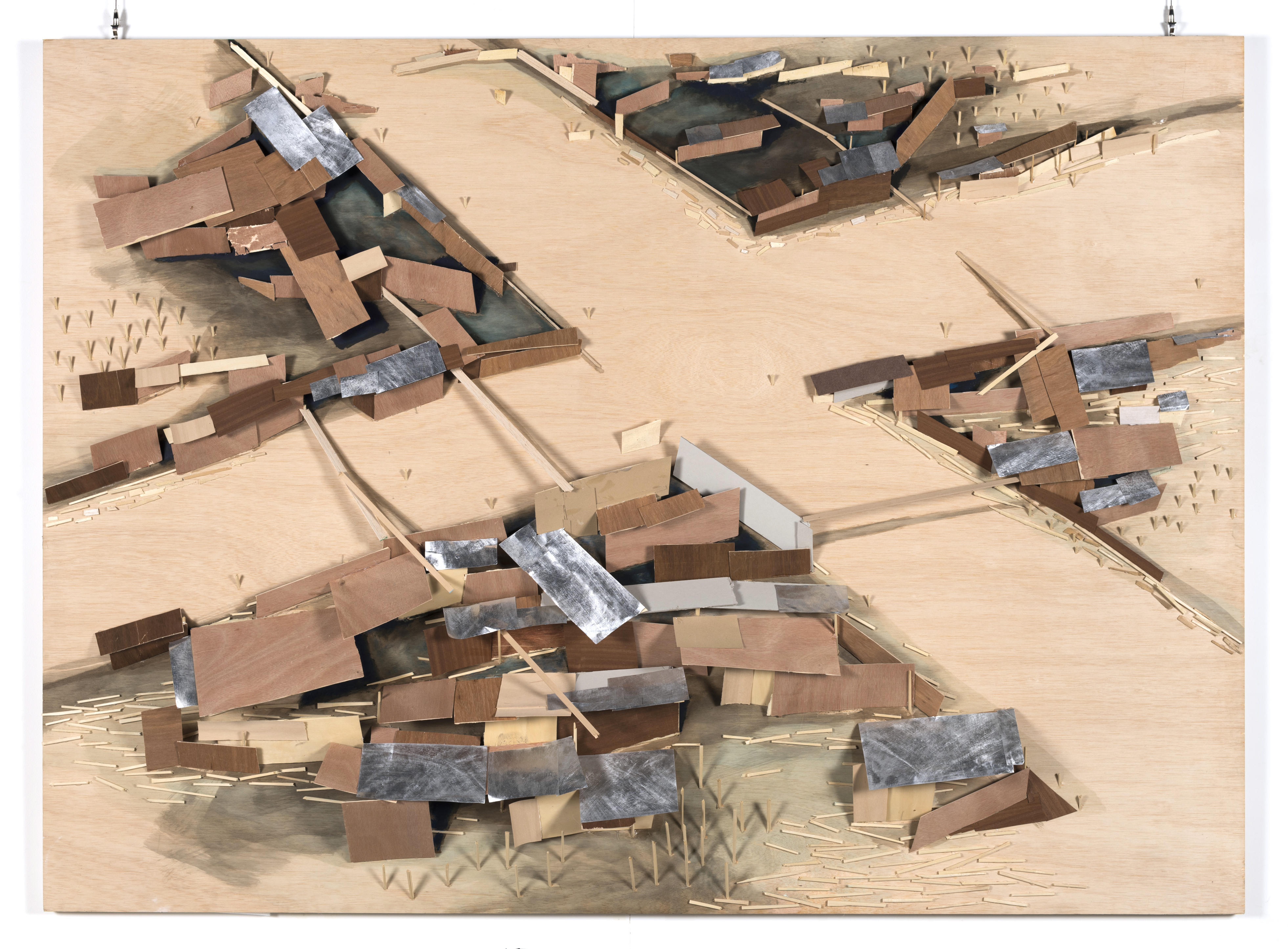 
This project was exhibited right after the disaster. It would have been difficult to express such a catastrophe if he was in Japan. However, we assume that this was possible since he was outside of Japan and could see this with different perspective, which could speak out about the subject toward the world in more objective aspect. It was possible to have such an exhibition regarding 2011 Tohoku earthquake and tsunami in Paris because it was created by Japanese. Finally, as Kawamata quoted about that the debris will be returned eventually, the Tsunami series which was created in Paris by Japanese artist, came back to Japan. It is even more meaningful that the Tsunami series can be exhibited on 2021 in Japan which is 10th year after the disaster. 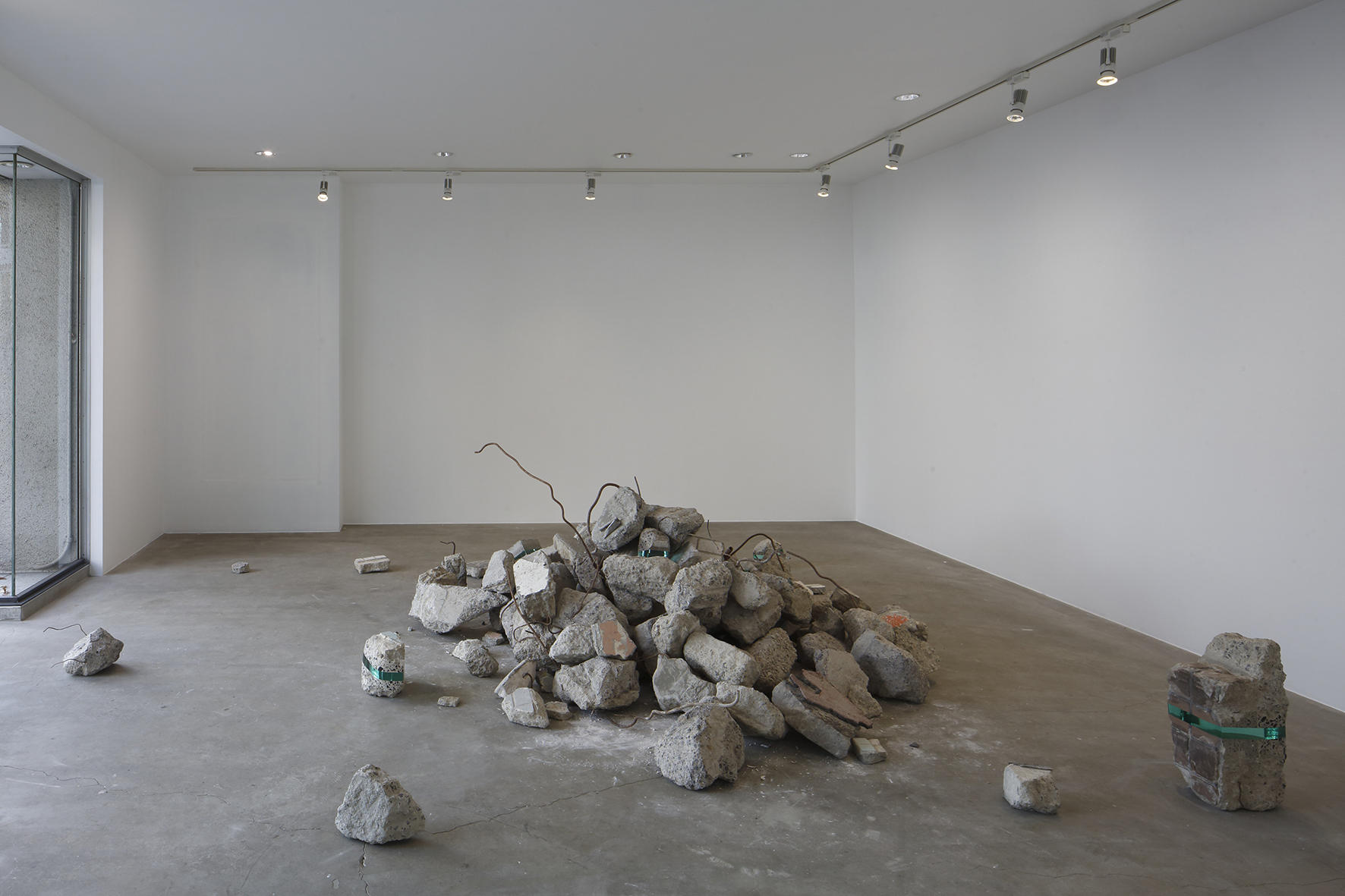 
Todo also had an enormous effect on his carrier. He came back to Japan after 2011 Tōhoku earthquake happened. This is where he developed another style of his works with the debris. This time, he is collecting the debris which is the fragments and the leftover from the fast changes in the cities. He fetches history of the city, usually a short-term memory since the pace of changing is too quick, and imbed the glasses to lead the viewer to the city’s memories. When he worked on the stones from various areas in Europe, it was more considering the archaeology of all human beings. However, when it comes to debris, it becomes more private and personal history of our lives. Since, debris are the fragments from nearby neighbors, thus, each viewer looks through the endless layered of glasses embedded on the debris with their own memories and perspectives on that specific area. Todo’s works became more adjacent existence to the observer. 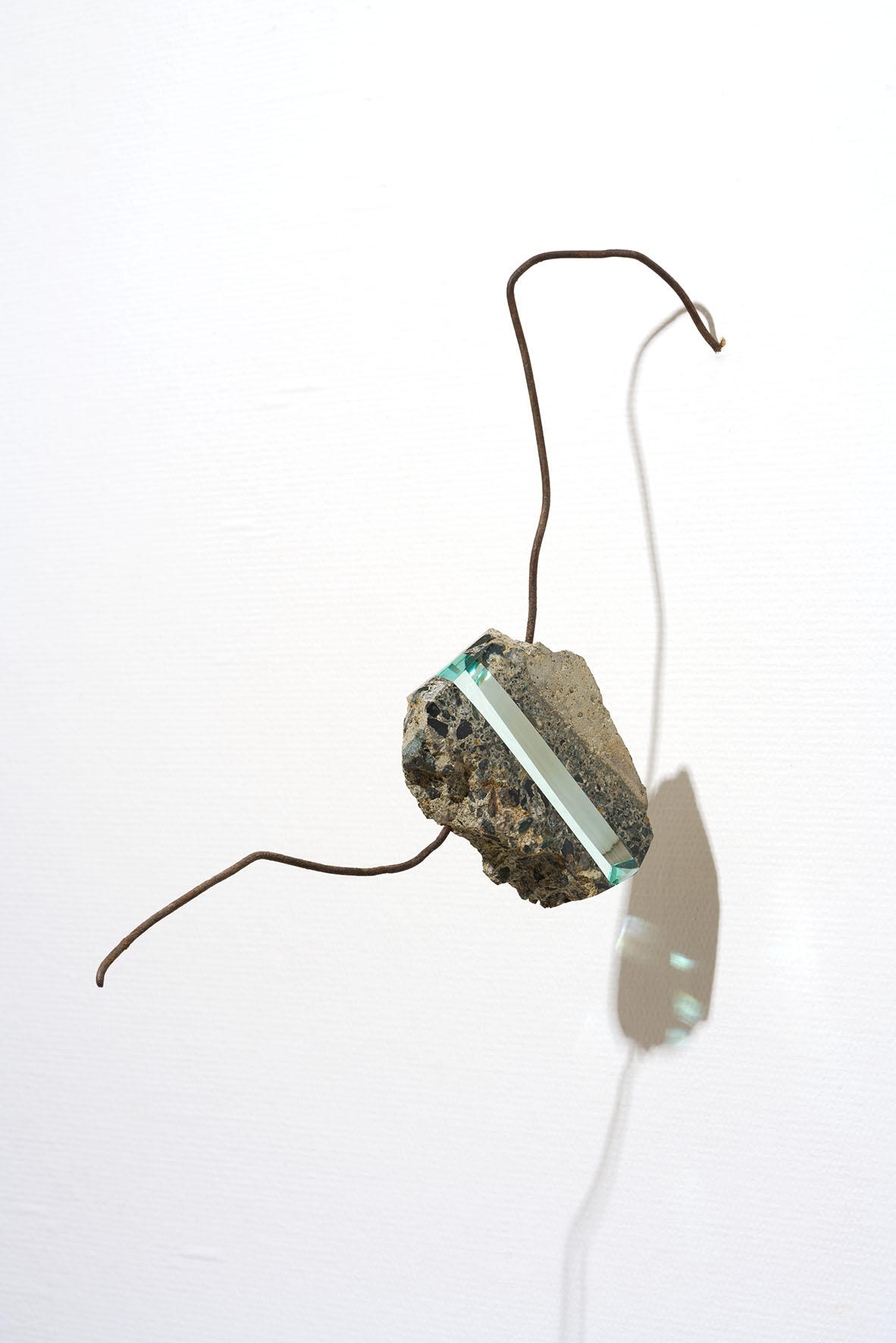 For him as a Japanese, his heart was broken. He actually went to the site and picked up the debris of a building we do not even know whom it was belong too. However, he wants the viewers to remember the people who lived there and the history they had through the artwork.

It has been 10 years since the Tohoku earthquake and tsunami happened. The catastrophe was a literally disaster and gave a huge heart broke. We hope that it is time that the wound has been healed and look at the reality through the artworks that the artists kept speaking about the tragedy and try to remember what happened.


Other than Kawamata and Todo, we would like to present Shintaro Tanaka, Oscar Oiwa, and Leandro Erlich. On the other hand, we will also exhibit emerging artists: Yuma Tomiyasu and Naoto Sunohara. 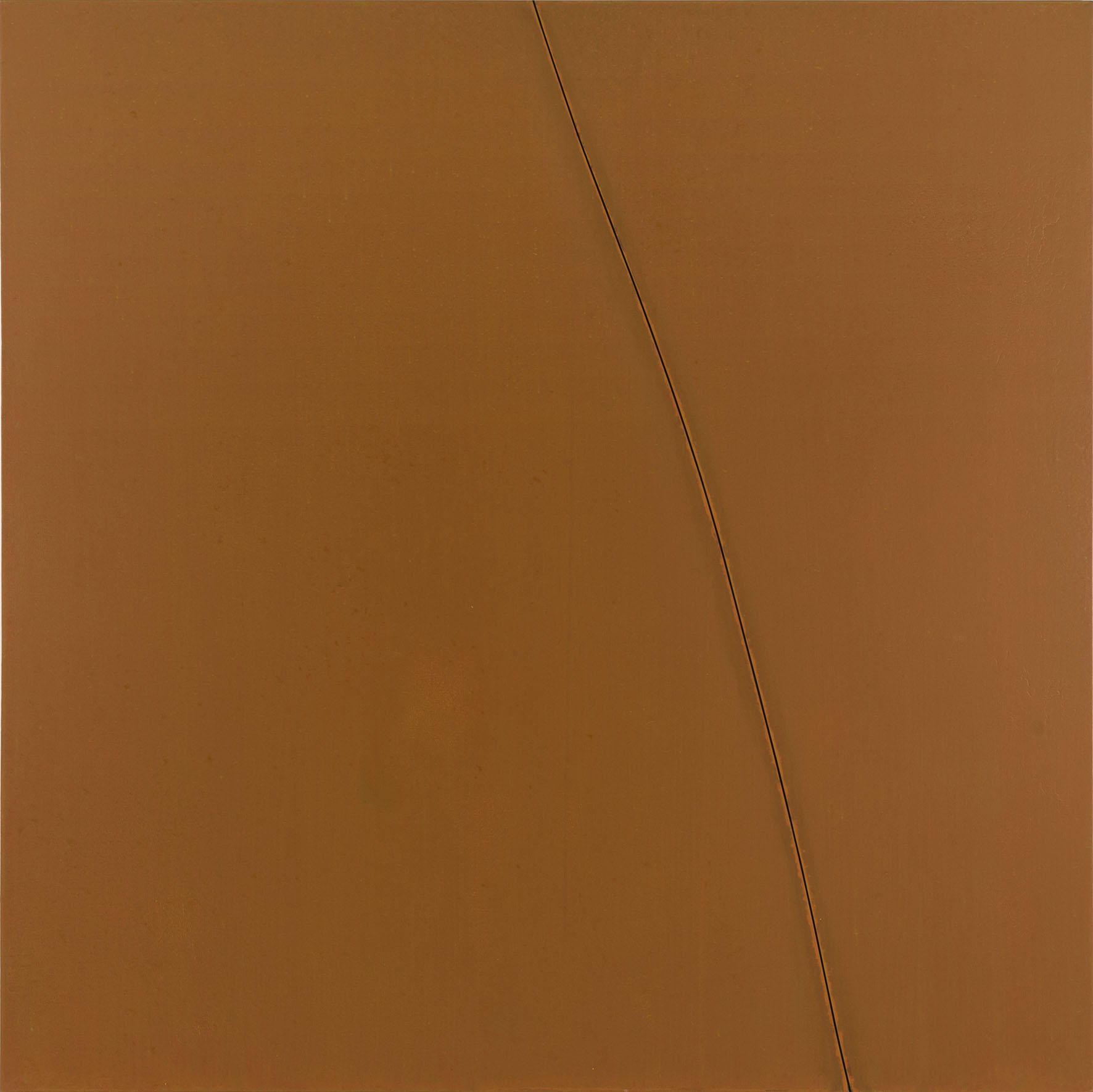 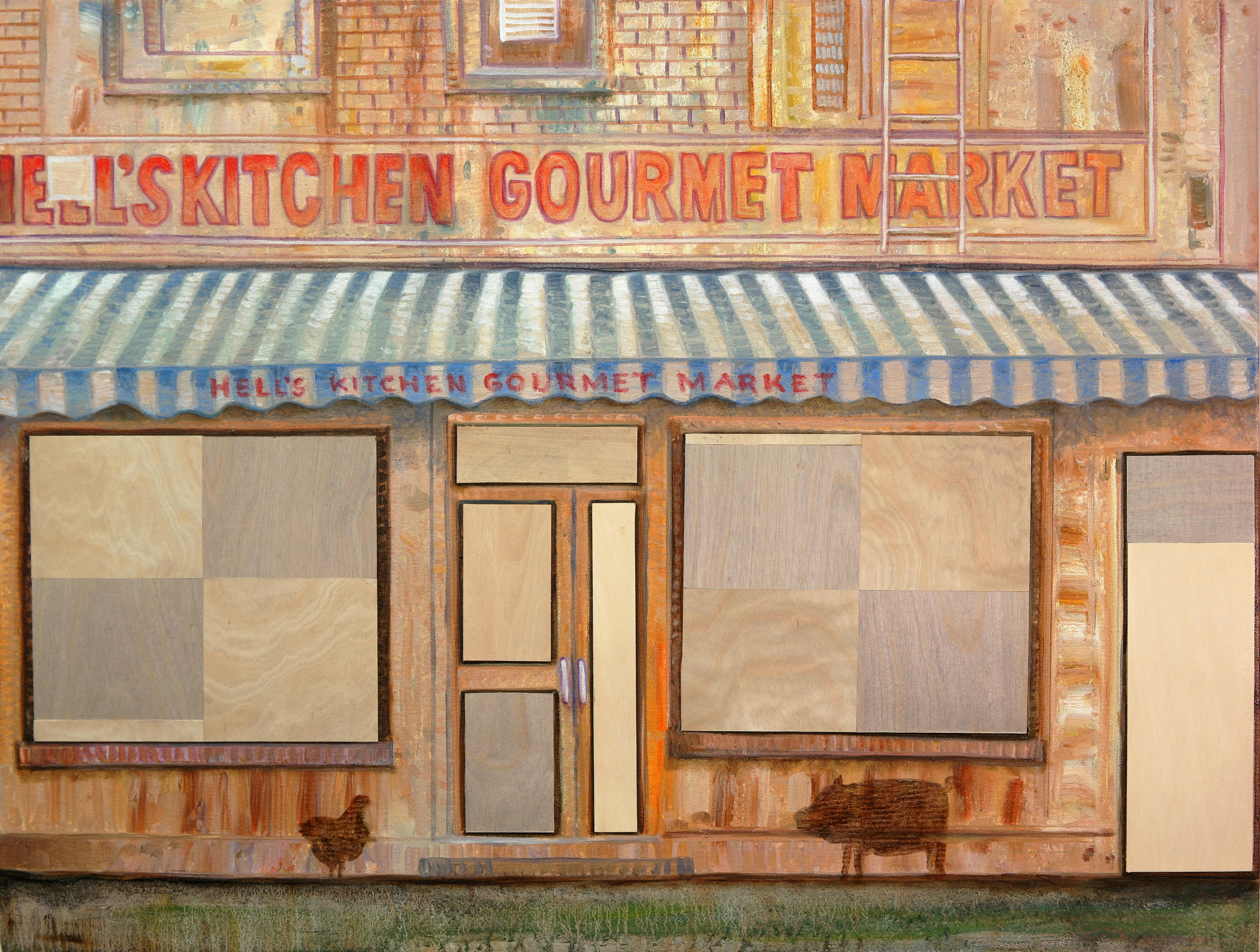 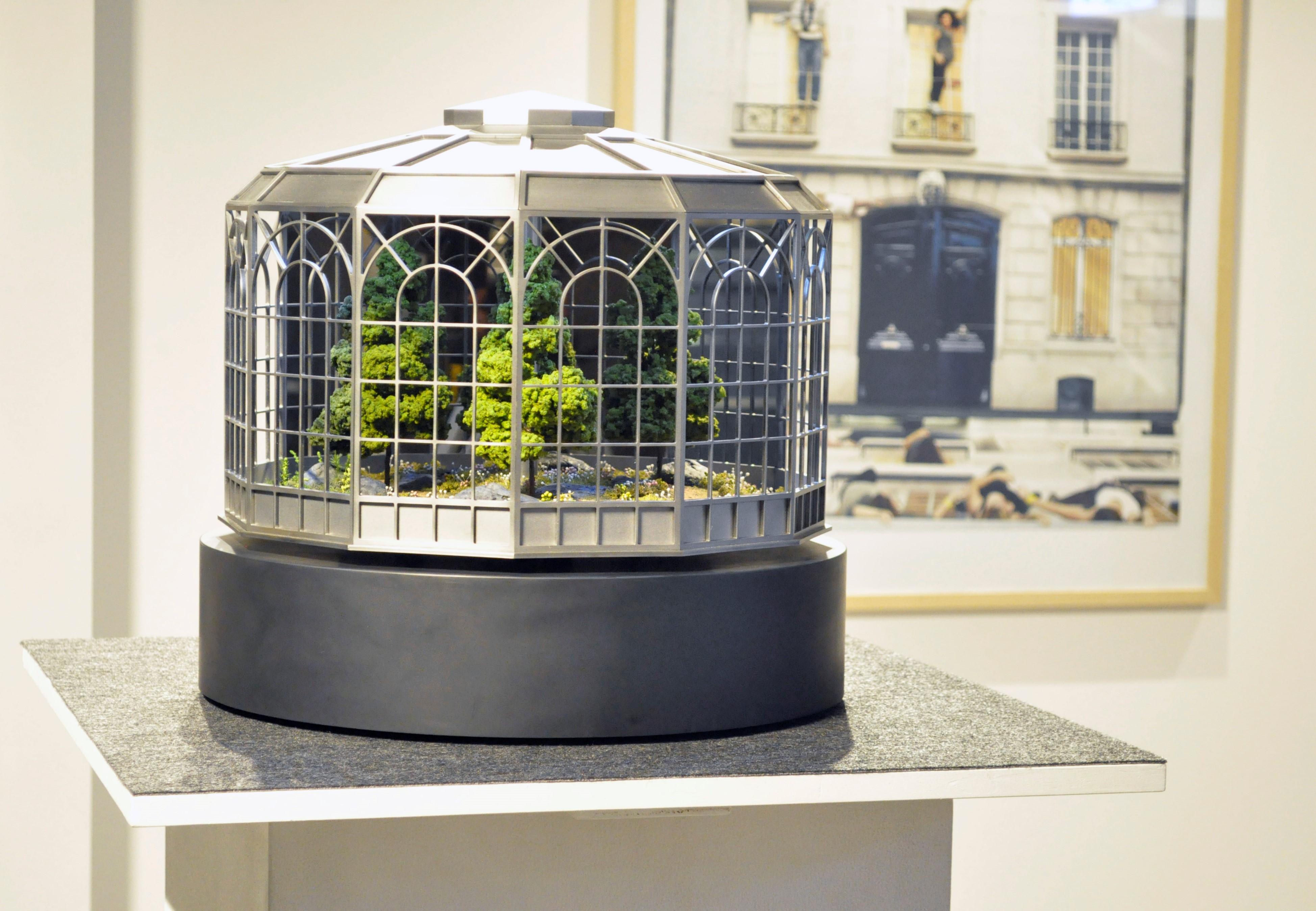