■Text: Pathetic of the Everyday
Fumio Nanjo, curator and art critic, former Director of the Mori Art Museum
Important Information for Visitors
*Each visitor will be asked to provide contact information when entering the gallery (name, contact number).
*Please refrain from coming to the gallery if you have any symptoms such as fever or cough.
*You may be asked to use a non-contact thermometer to measure your body temperature upon entering the gallery.
*Please wear a mask and disinfect your hands with alcohol at the entrance.
*Please note that if the gallery space is crowded, there may be a restriction on entry.

Ventilation in the gallery will be done regularly. Our staff will ensure that the temperature is checked daily, and that hands are washed and sanitized. Additionally, the staff will wear a mask when serving customers.

Adel Abdessemed is a prominent figure of the international art scene.

From drawing to video, from sculpture to installation, Adel probes in the wounds of our present. His work has been the subject, during the last thirty years, of numerous major solo exhibitions, at MoMA PS1 in New York, MIT List Art Center in Cambridge (Massachusetts), Magasin — Centre National d’Art Contemporain in Grenoble, at Parasol Unit in London, Fondazione Sandretto Re Rebaudengo in Turin, Musée national d’Art Moderne — Centre Georges Pompidou in Paris for a retrospective, « Adel Abdessemed Je suis Innocent » (2012), CAC in Málaga, or at the Musée des Beaux-Arts de Montréal. Two major monographic exhibitions take place in 2018: Otchi Tchiornie at the Musée du Grand-Hornu in Belgium, and L’Antidote at the MAC Lyon.

In 2016, he was invited to drawn the poster for the Avignon Festival and to create his project « Surfaces ». At the same time, the organization Bold Tendencies commissioned the work Bristow as part of its artistic program in Peckham (London).

In 2018 he participated at the Triennale Echigo-Tsumari Art. On the same year, he also took part in the Rencontres de la photographie d’Arles, where he exhibited a series of photographs and sculptures curated by Jean Nouvel.

In 2015 he directed the scenography and light of Retour à Berratham, during the Avignon Festival, for the choreographer Angelin Preljocaj. In 2020, he will realize his first staging for Saint François d’Assise by Olivier Messiaen at Grand Théâtre in Geneva.

He maintains a collaboration with creators from all fields, like poetry (two books created with Adonis, and many with Hélène Cixous) or architecture (Jalousies. Complicités avec Jean Nouvel, in the Collection Lambert at the Musée de Vence, in 2015). 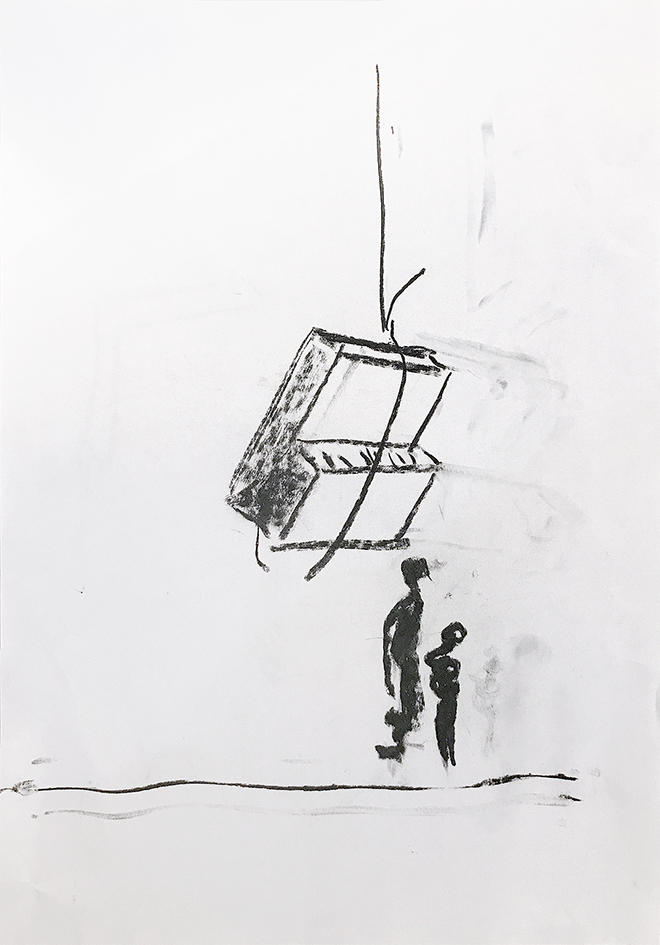 Pathetic of the Everyday

Fumio Nanjo, curator and art critic, former Director of the Mori Art Museum
Though often referred to as a French artist Adel was born in Algeria. As early as 2001 he participated in the Yokohama Triennale, then went on to join the inaugural exhibition of the Mori Art Museum showing video Happiness in Mitte on large monitors of cats sipping milk in their everyday life. Since then he has participated in international events such as the Aichi Triennale (2010), Oku-Noto Triennale (2017) and Echigo-Tsumari Art Triennale (2018). He mostly uses materials randomly sourced, such as familiar objects all around us. This is surely because he finds revelations within everyday items, which the rest of us are unable to detect.

Much of Adel’s work is installation. He enlists both sculpture and sound. The present exhibition shows models, painting and sketches from the projects he has realised to date. These are the sources of his ideas.

Décor derives from Matthias Grünewald’s Isenheim Alterpiece, now in Colmar. That painting is famous for its plaintive depiction of a broken and decaying Christ. Adel reproduces the scene in a painful sculpture with barbed wire. At the Ichihara Art×Mix 2020, he suspended a piano from a railway station footbridge and played jazz from the film Casablanca in a nostalgic yet tragic way. In a work titled Cri, he has a naked Vietnamese girl fleeing from an air raid rendered as a white sculpture, with a touch of the sublime.

A violence and sadness always dwell within his work. I’m not certain if this derives from his personal experience or cultural background. Yet it seems to be a crystallisation of the fundamental pathetic of human existence, or the sense of pity. Even when dressed in familiar clothing, art can communicate such deep feelings. That is what Adel shows by his work. 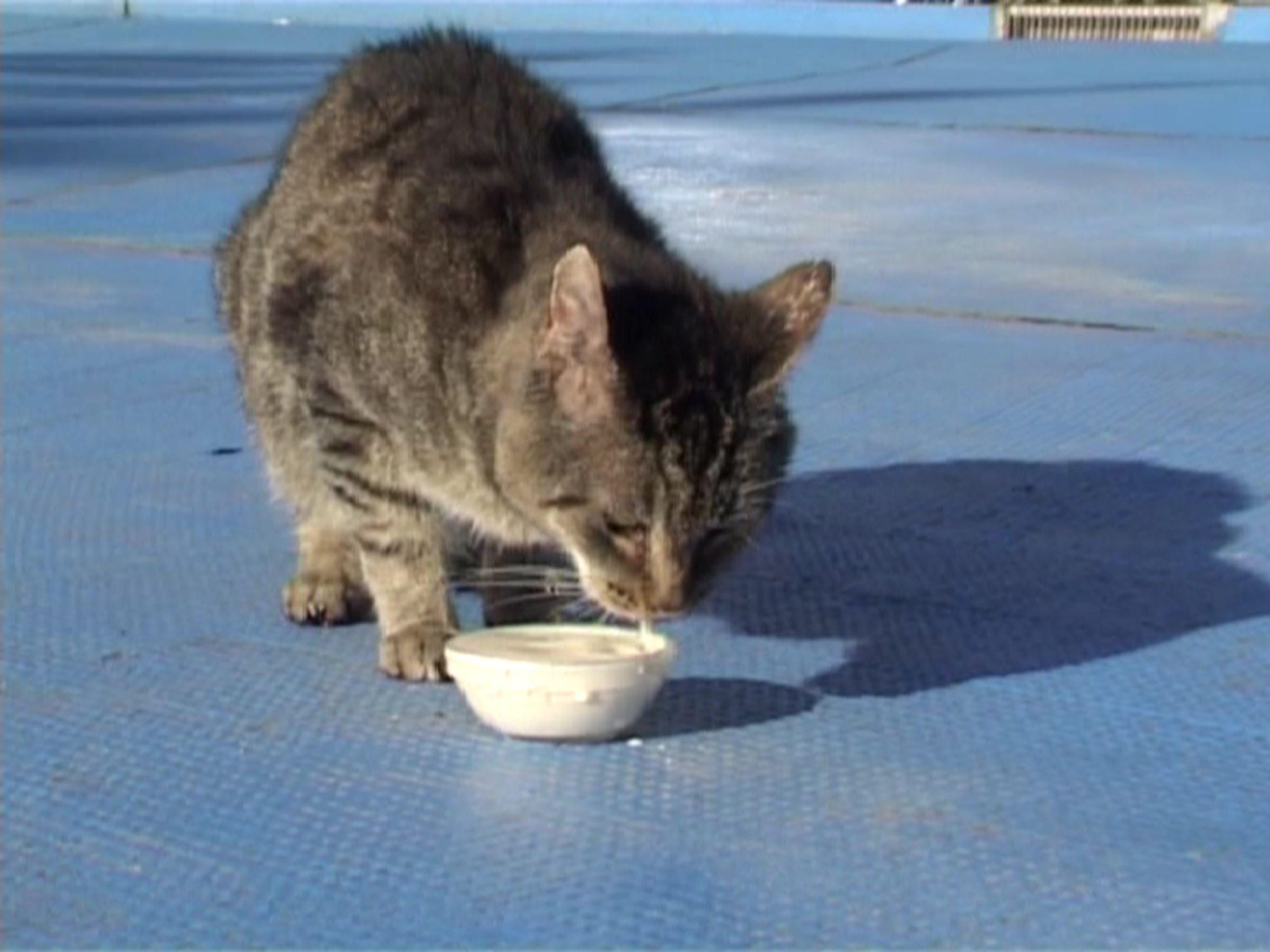 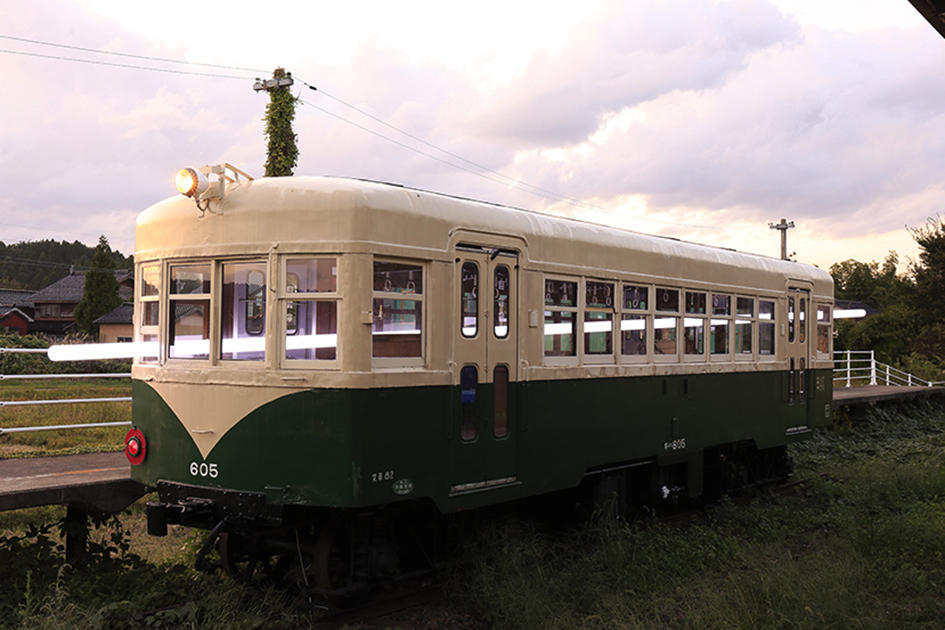 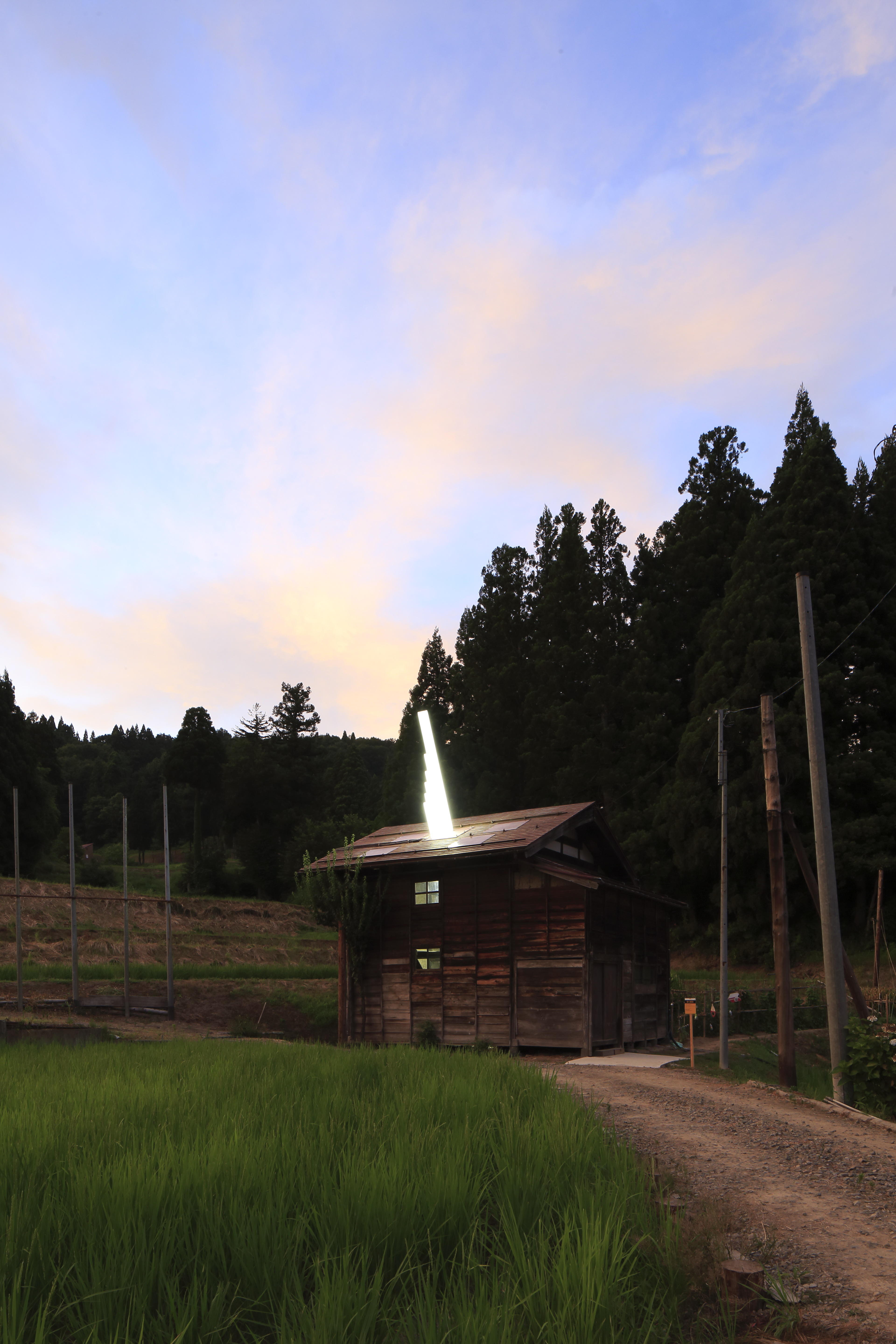 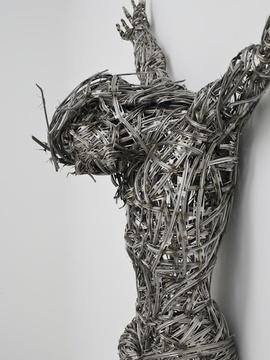 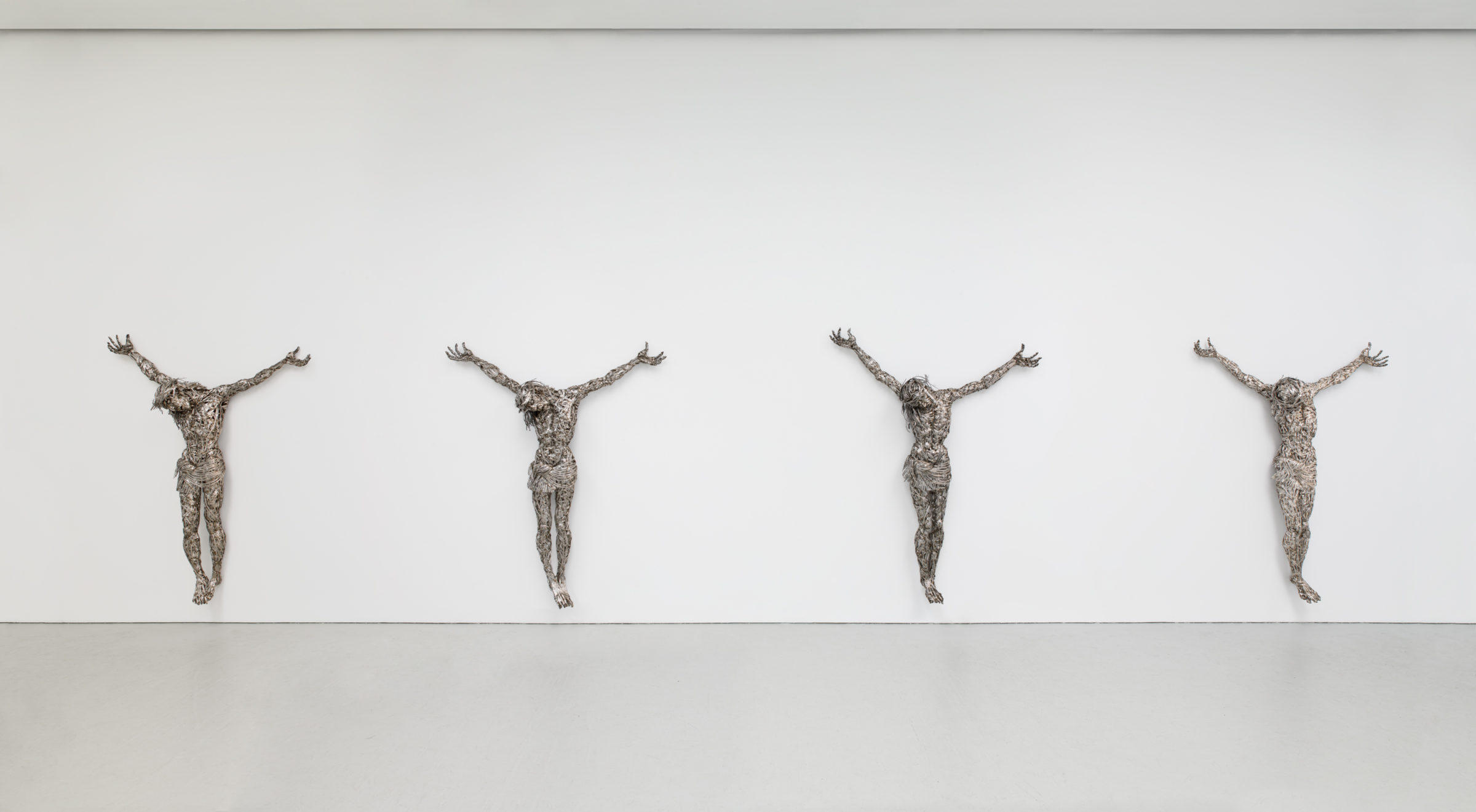 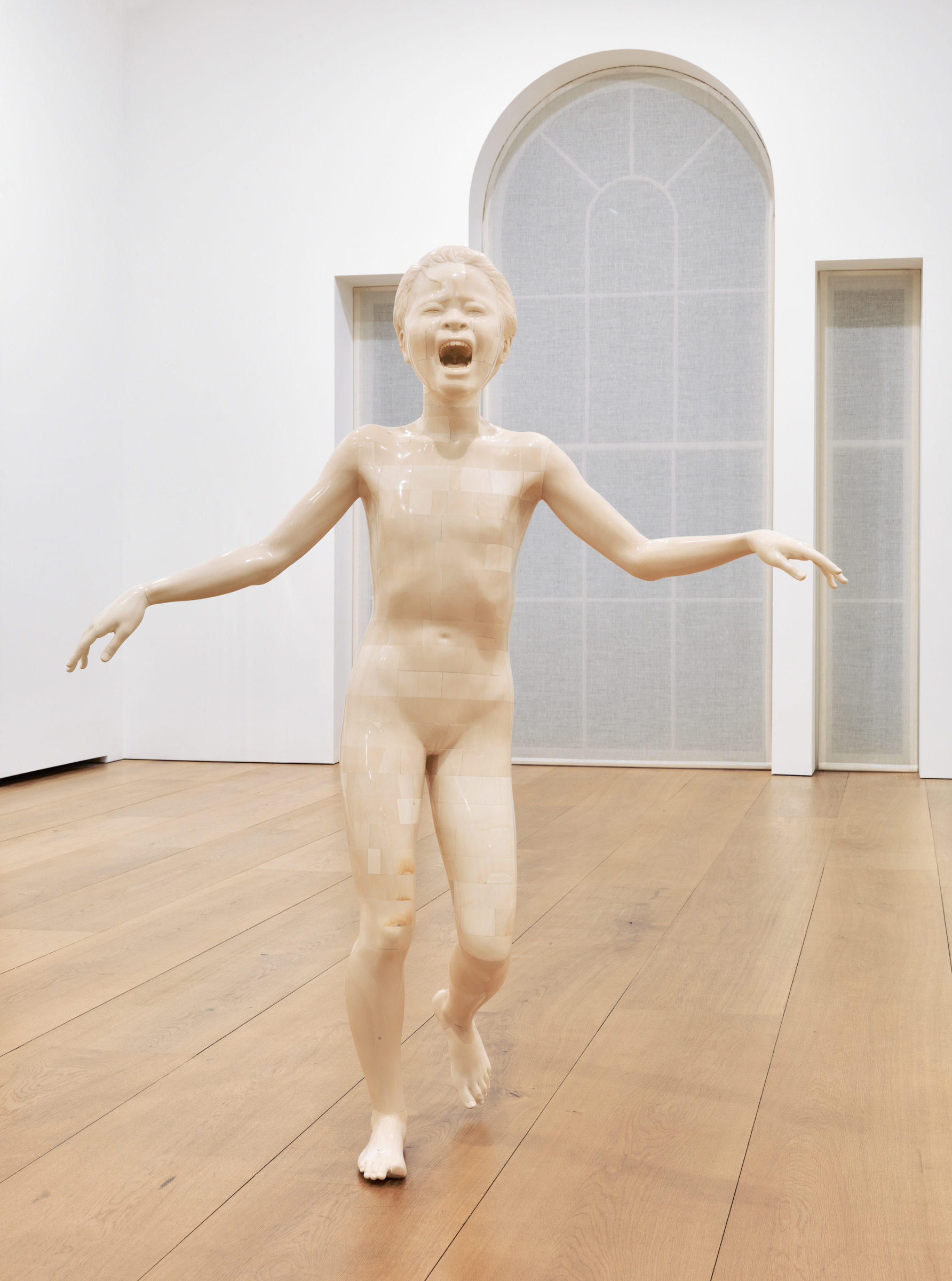