We are pleased to introduce Mounir Fatmi's New works.
Mounir Fatmi has attracted much attention in contemporary art world, participating in Venice Biennale or other art festivals. While keeping his Arabic identity, he develops his ideas in the context of contemporary art. He is interested in language or education as reflection of political power or in social problems of mass consumption.

Wheel-like saw blades are hanging from the ceiling giving shadows on the wall as well as on the floor. The work entitled The Machinery is composed of thirty blades in which impressive phrases from Koran have been, like labyrinth, cut out by laser. These blades present both danger and beauty with arabic letters from Koran as, for example, ‘God is beautiful, God loves beauty.’ or ‘Those who have knowledge and those who do not have knowledge, are they equal? ‘Knowledge’ is one of the subjects often treated by the artist, since he has long had yearning for occasion to acquire knowledge. 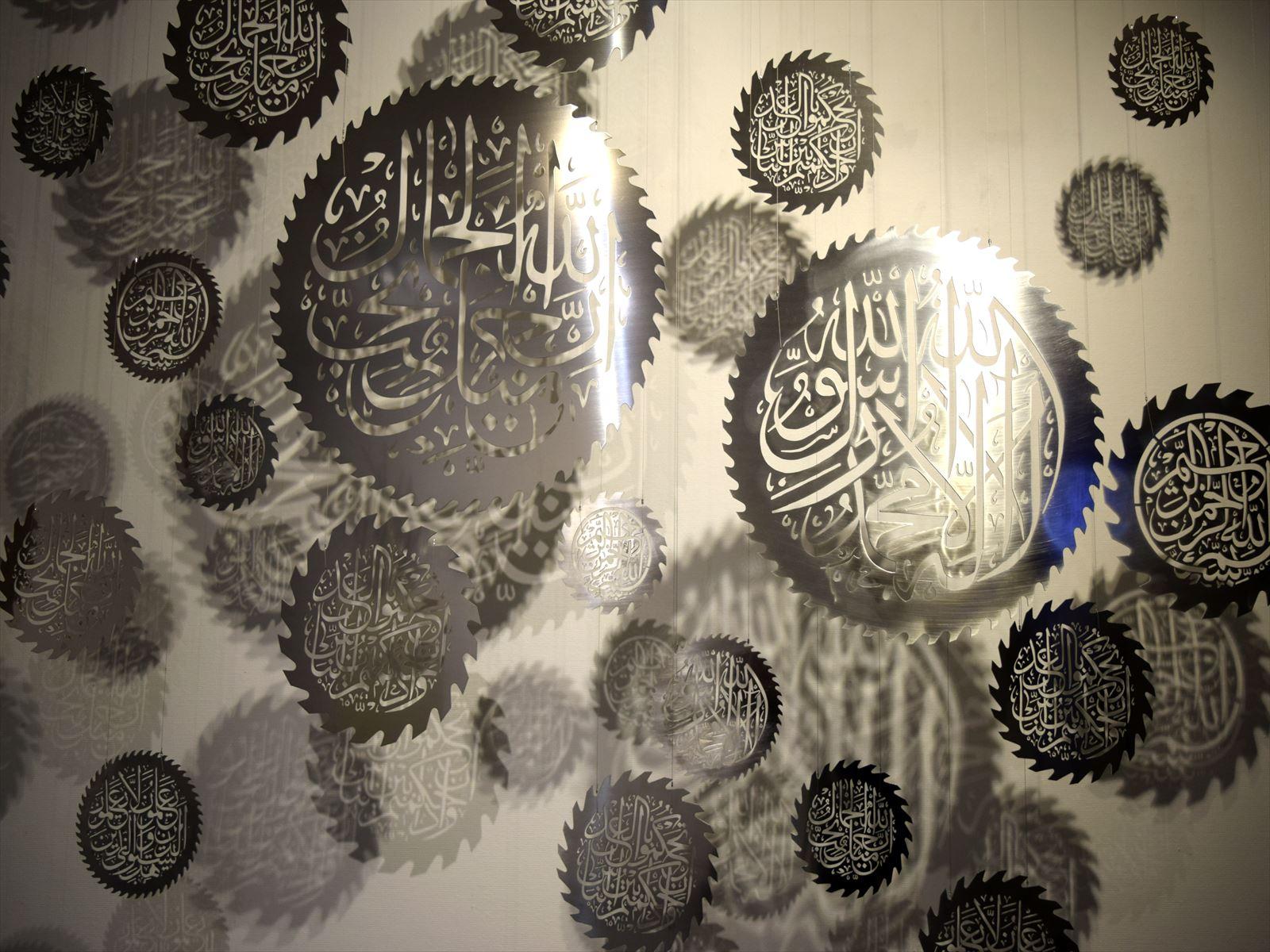 Mounir Fatmi is now renowened not only in Europe but also in the contemporary art world as a whole. However, in his formative years he was labeled an immigrant from Morocco to be treated s such. Now that he has studios in both Paris and Lille, he still doesn’t have voting right in France. He tries to shed light on the problems of politics, of religions and of social issues breaking downs boundries between the art and everyday life. 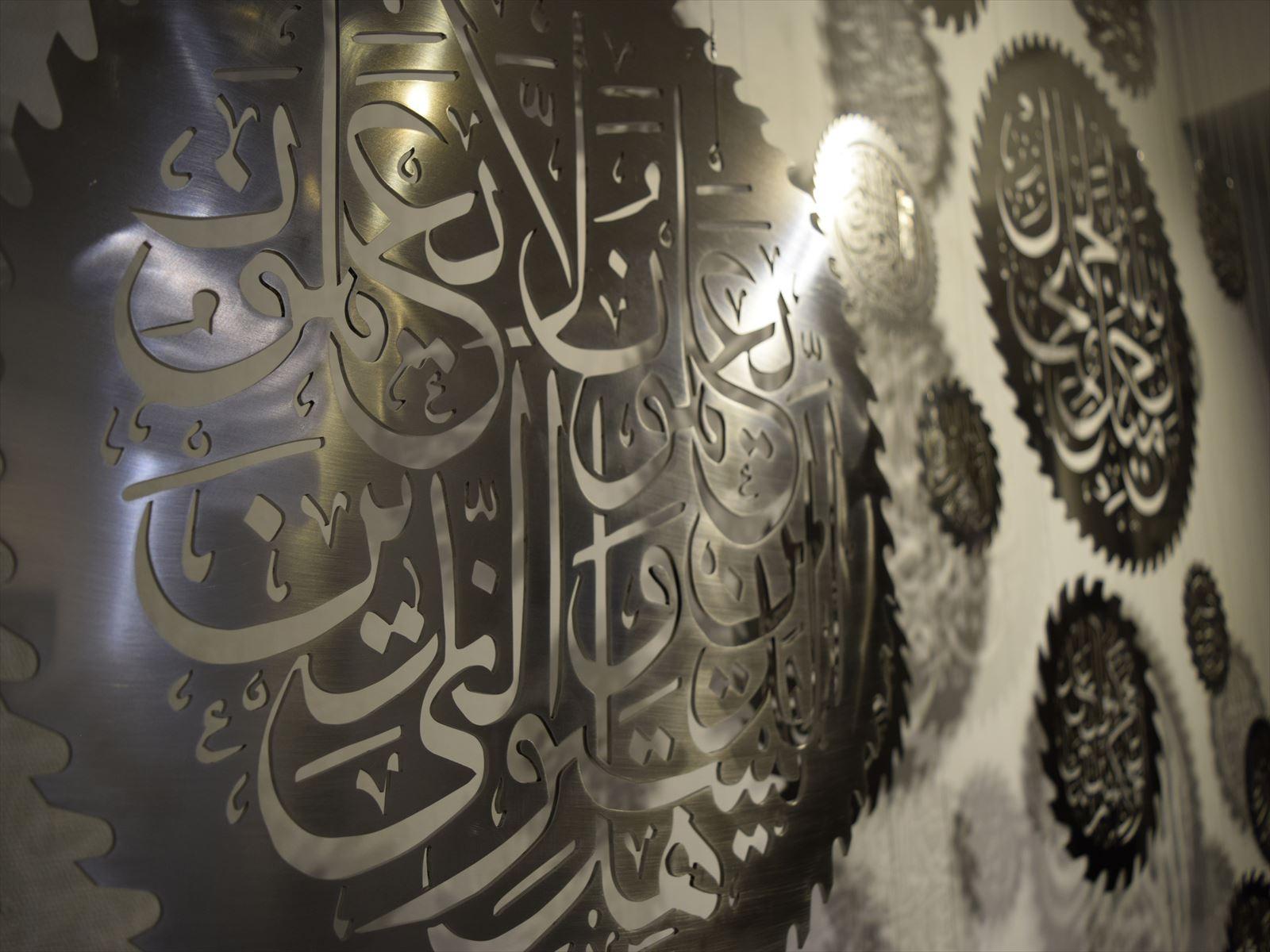 Inspired with Modern Times by Chaplin, The Machinery may symbolize Arabic countries starting to moving forward to the modernization. Both words and saw are vulnerable mediums. When you get too close to the blades, you feel the danger, and when you get too close to knowledge you fear so many things. It is the trap of the 'more you know'. The overall effect of the installation suggests a gear mechanism with power. The artist creates ambiguous beauty. As he once stated, ‘Art may not have power to change the world, but it can produce time for people to think about it’. 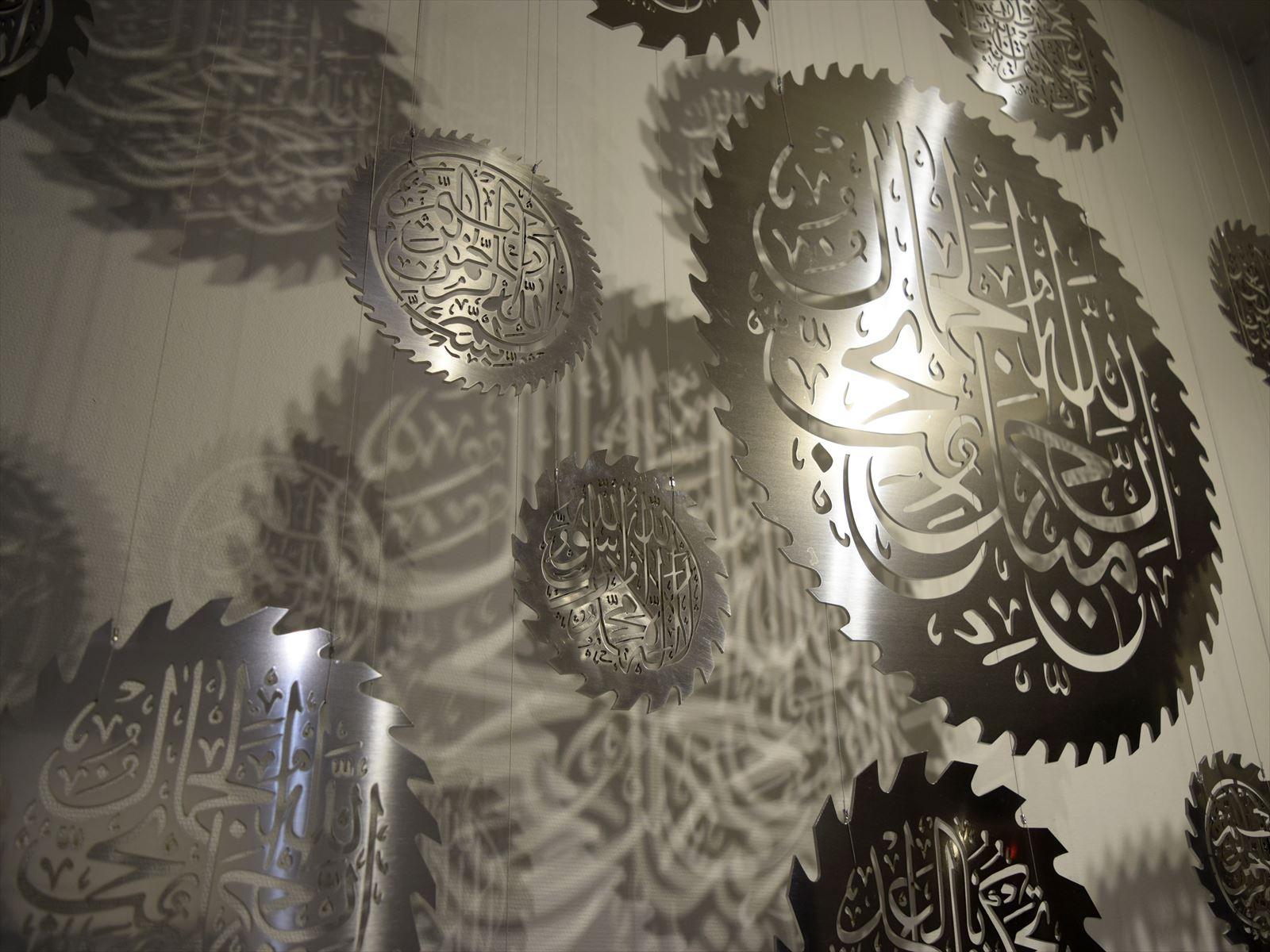