Masterpiece of Mounir Fatmi : Save Manhattan 03

In this column for Mounir Fatmi series, we introduce Save Manhattan 03, one of the most impressive ones in his past works.

It is composed of ninety speakers laid out just as skyscrapers in Manhattan, suggestive already of the event of 9.11. The speakers give out sounds of city life such as of airplanes taking off or of radio broadcasts, and the
symbolic skyline of the lost World Trade Center buildings seem to admit the revival, if it is superficial, of the everyday life of the people living there. 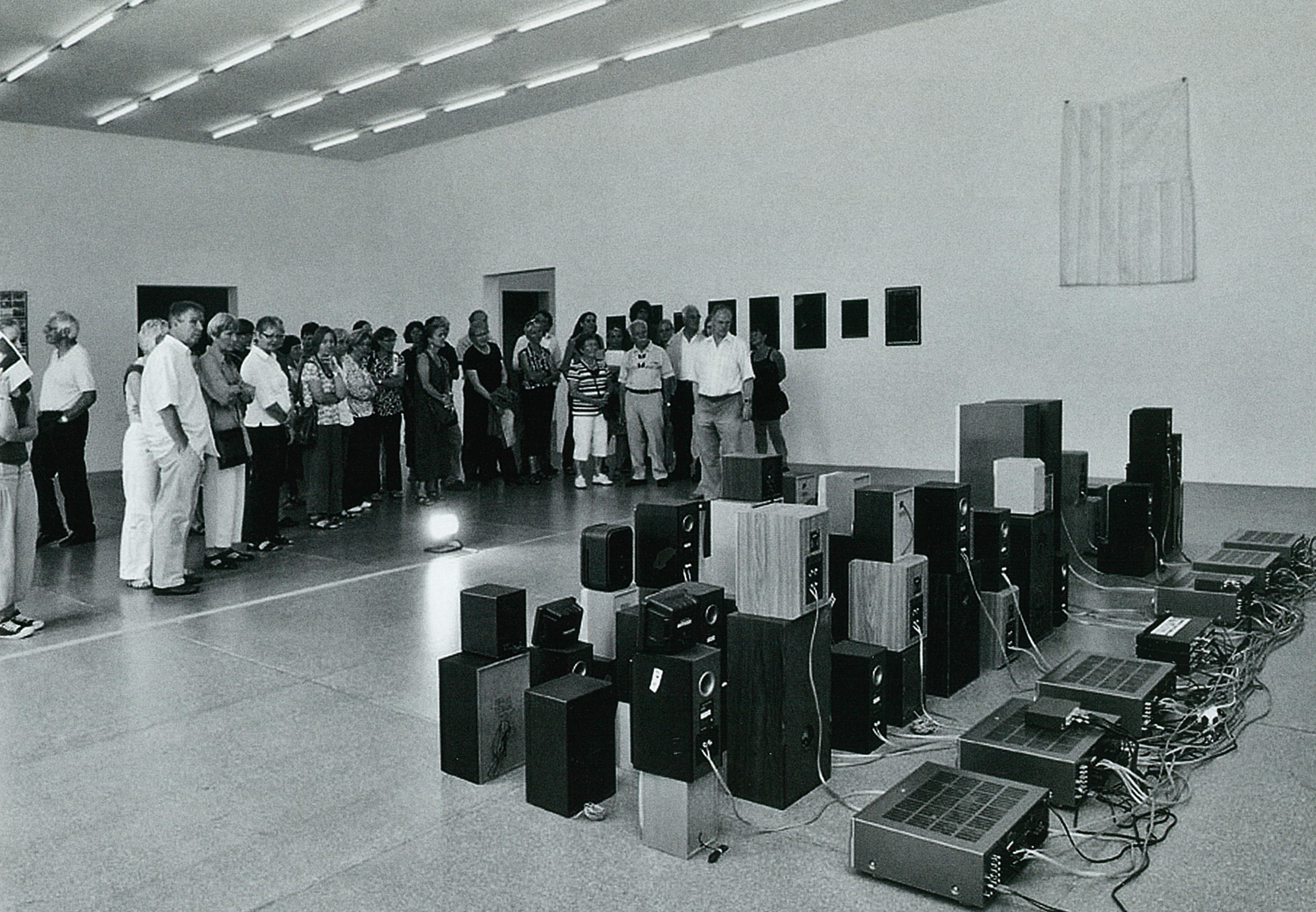 This work attracted much attention in Venice Biennale in 2007. The artist seems to have tried to save the ghosted city of New York, stating not loudly but firmly what an artist could do in this tragic situation with courage. In fact, as early as 2004, he composed the same Manhattan with books, two Korans for two towers of WTC and 9.11 related books layout around them. In next year, another version with affluent VHS tapes referring to the collective memory, or video work of Save Manhattan in 2008-9. 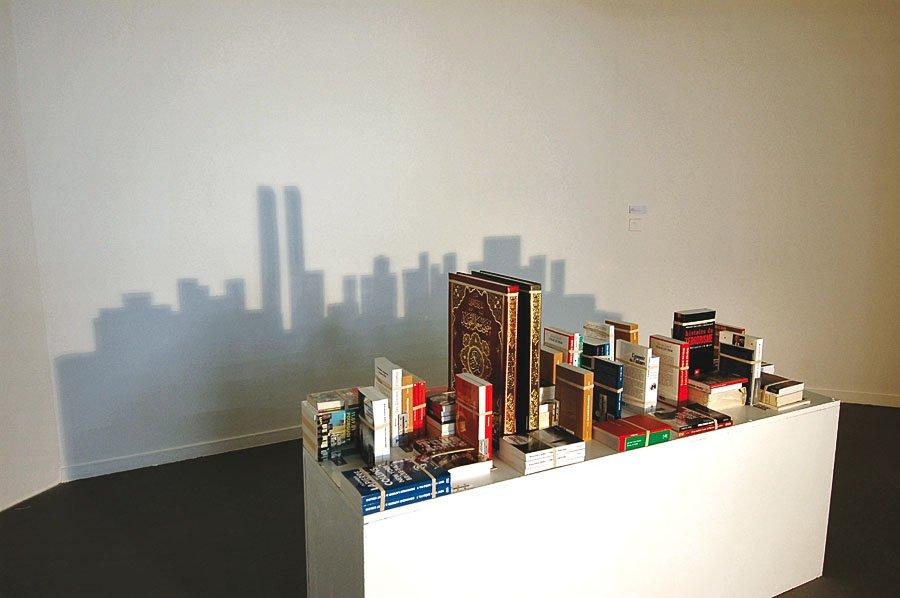 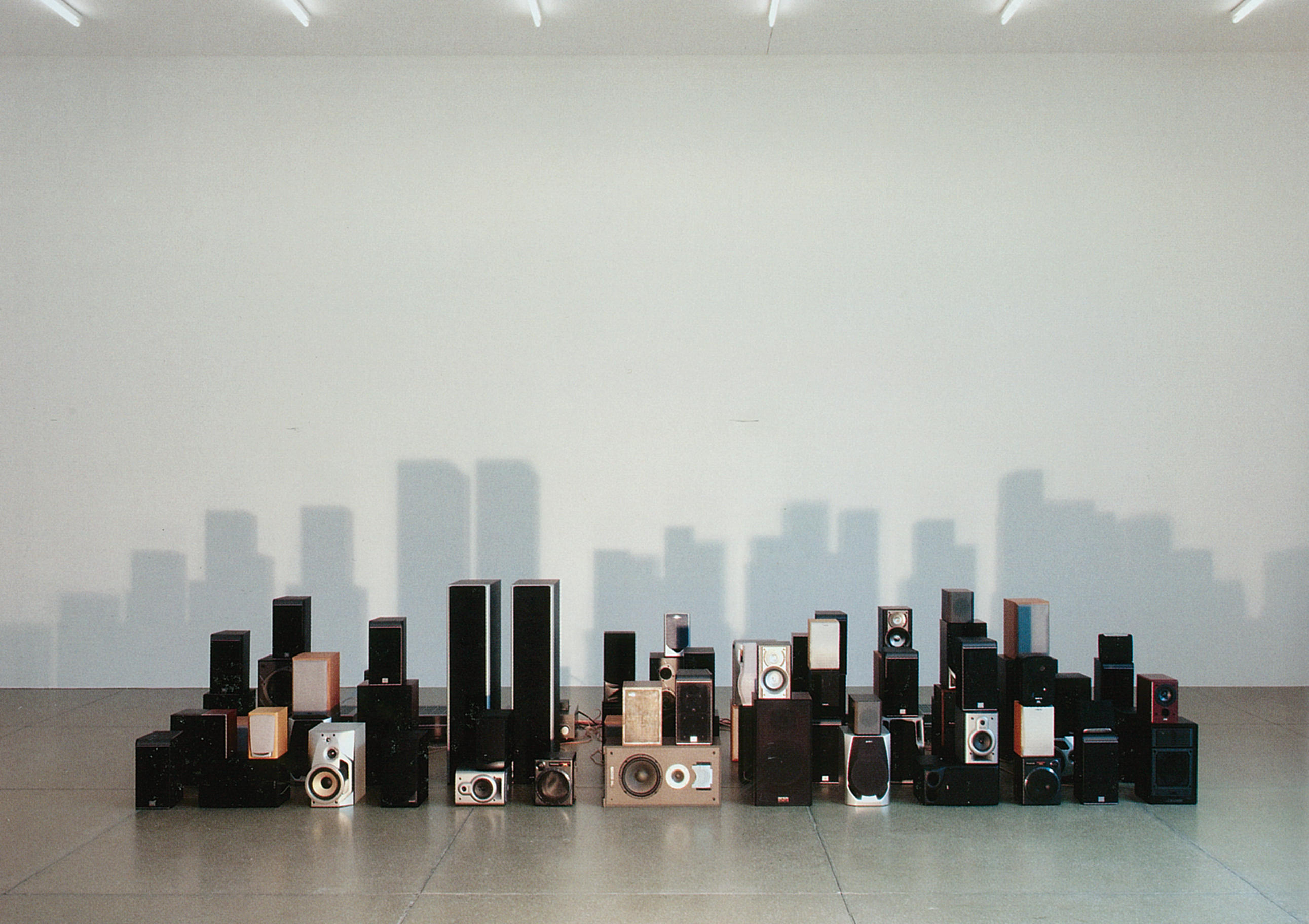 The vision that Fatmi fosters vis-à-vis New York is recognized as the eye from outside, or peripheral vision as our exhibition title indicate. It may be that he can reflect on such social issue so deeply and with respect because he is the outsider. He is always travelling, his multiple identity of Moroccan and of French, from culture to culture himself. Thus he tries to invite the people to look from another perspective at the present world.