Mounir Fatmi, message to open up the dialogue on life and death

Mounir Fatmi, whose works are currently on view at "Art Front Selection", kindly sent the gallery his special message on his work. 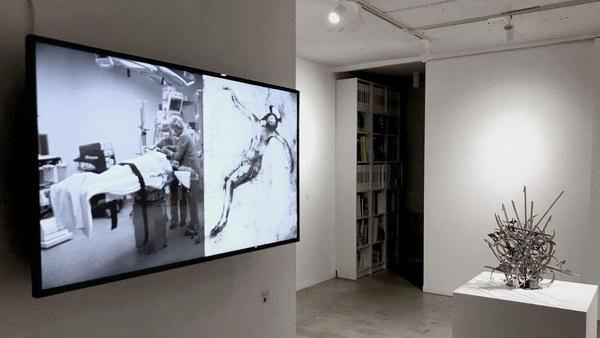 Born in Morocco in 1970, Mounir Fatmi lives and works in France. He has participated in various art festival including Venice Biennale, Sharjah Biennale, Setouchi Triennale (2016 / 19) and Tsumari Art Triennale (2018), having collection in Louvre Abu Dhabi, thus exhibiting in various venues in Europe, Middle East and Asia. His works encompass from installations, sculpture, painting, photo and video, out of which he produces freely unique installations, focusing issues of history, politics and religion in a chic way often with sense of humor. 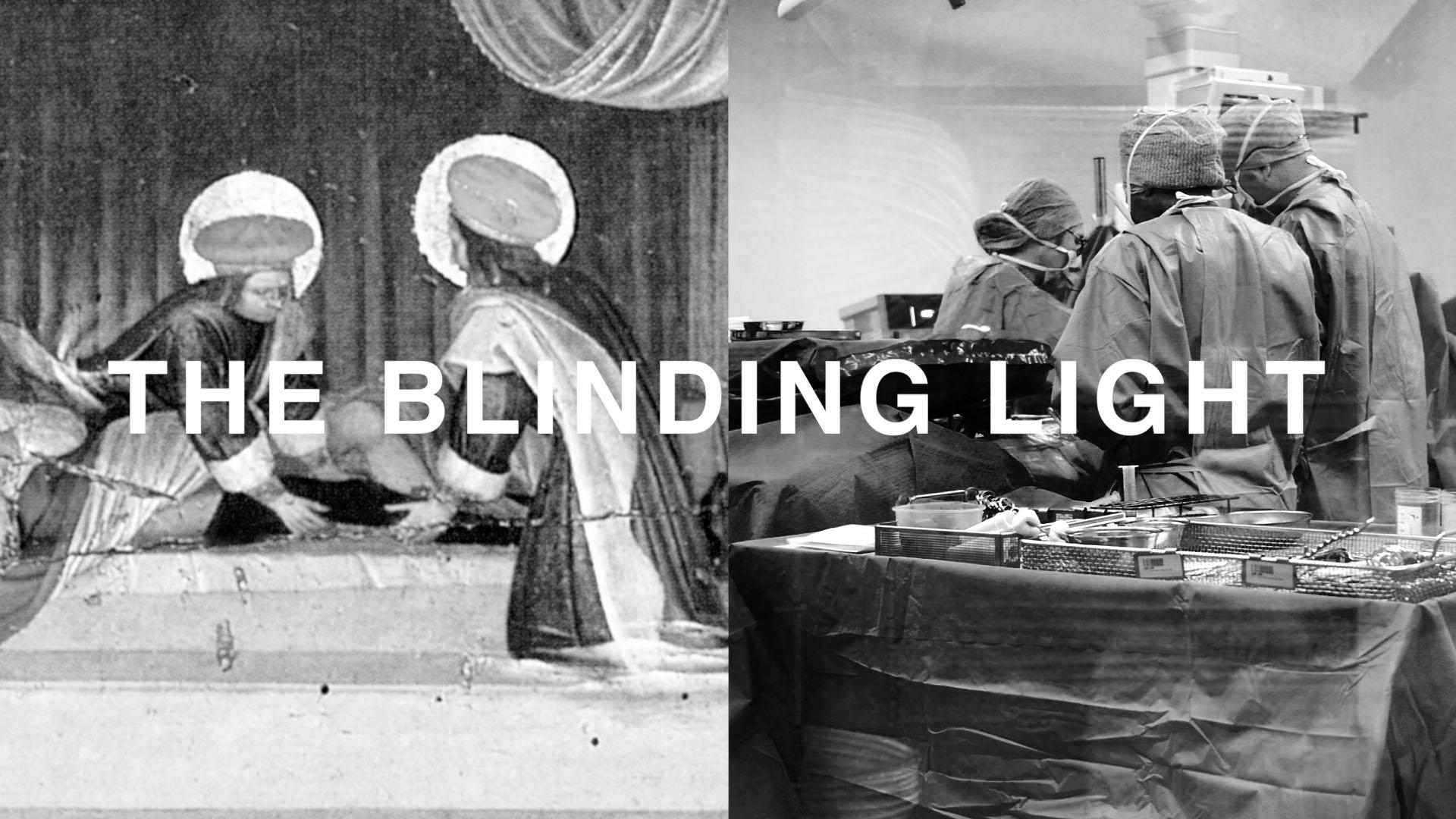 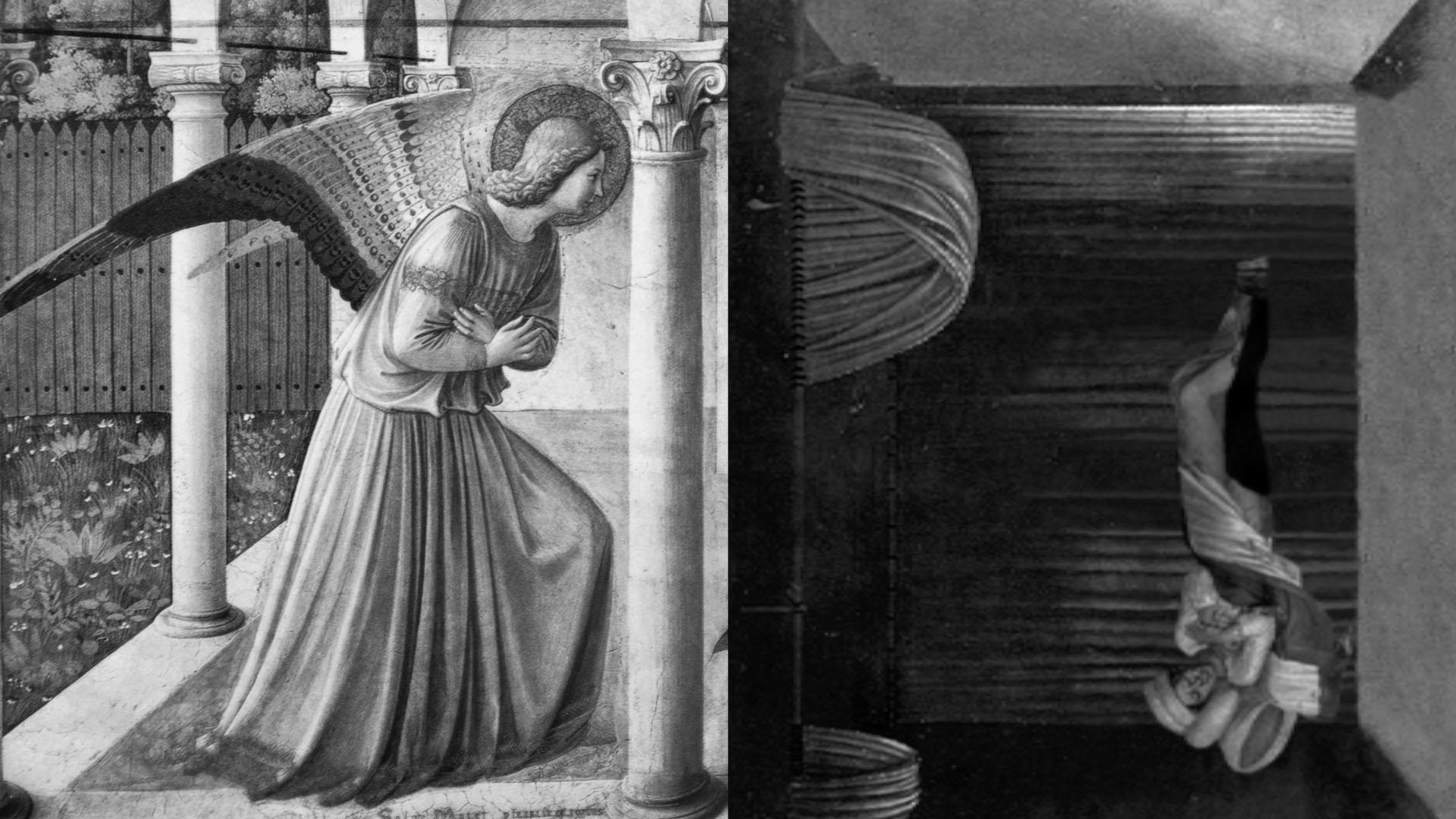 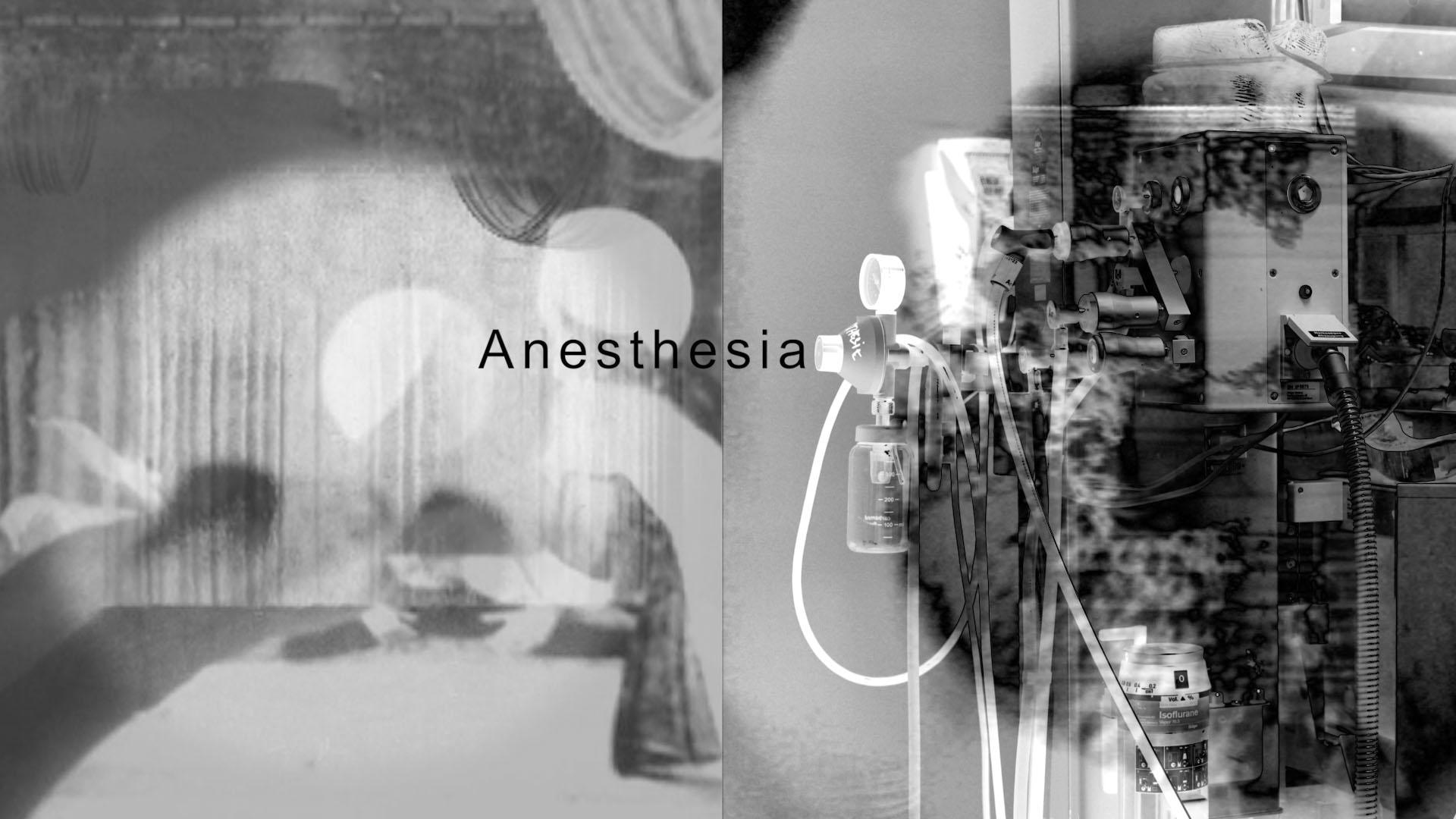 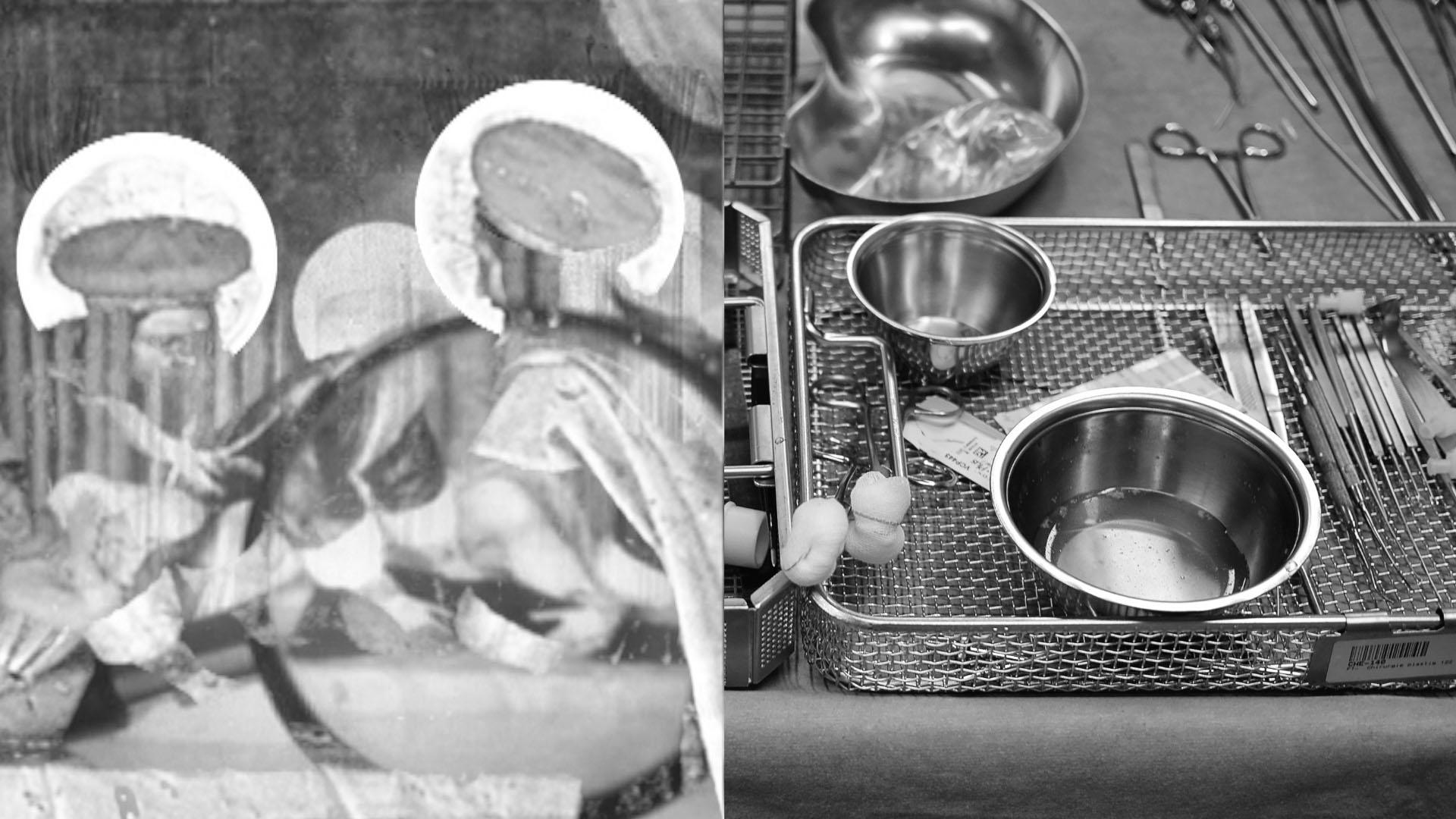 
This group exhibit is the first occasion to show his recent works since his solo exhibit “Mounir Fatmi: Peripheral Vision” (2017) at Art Front Galley. Now that all the countries including France and Japan suffer from the pandemic, the video work “The Blinding Light” which superimpose the classical art with current social situation sheds light on the question of life and death, cross-transplant of race and culture, the repetition of pandemic in the history.


The reaction as well as interpretation being left to the viewers, the artist will open up the dialogue on the life and death as follows.

I started the project The Blinding Light in 2013, inspired by a miraculous scene painted by Fra Angelico “The Healing of Deacon Justinian”. In this scene, the Arabian brothers perform a posthumous miracle when they graft on the deacon the leg of an Ethiopian man who had just been interred in Saint Peter’s cemetery. This scene evokes the mixing of a white body with a black limb, of the living with the dead and thus questions notions of race, hybridization and identity.

In the first series of "The Blinding Light" photomontages from 2013, various photographs showing an operating room with all its technology and hygiene are superimposed on this miraculous scene. As in the video of the same name, doctors stand alongside the two saints, forming one same workgroup. In this way, ghosts and living people are present in another form of reality, a fantasized temporality that is just as miraculous as a religious text.

In the 2014 The Blinding Light video, the superimposition of contemporary operation room photos with Fra Angelico’s work brings in an additional dimension. Adding to the idea of hybridization, the video creates a clever association between the Renaissance and hyper-modernity. This temporal ellipsis, superimposing different times and spaces, brings technology and anesthetics in a world that used to be governed by divine miracles. The characters in the painting thus become ghosts. Such a discrepancy forces the viewer to mentally go back and forth between the two eras. In this way, the superimposition of epochs brings forth the idea that a religious miracle is perfectly feasible in this day and age.

The themes proposed, such as cultural grafting, notions of race, hybridization and identity, and the miracle as the result of the encounter between science and religion, are more and more current in a world now struck by a global pandemic, deeply affected by a virus that does not makes a distinction of race or social class.
With The Blinding Light, where the doctors rub shoulders with the two saints forming a single working group, I tried to cross unexpectedly two spheres of beliefs often seen as antagonists, but now more than ever seem to work together. On the one hand, that of science, order, and reason; And on the other hand, that of religion, with its reliance on faith, miracle and the sacred. 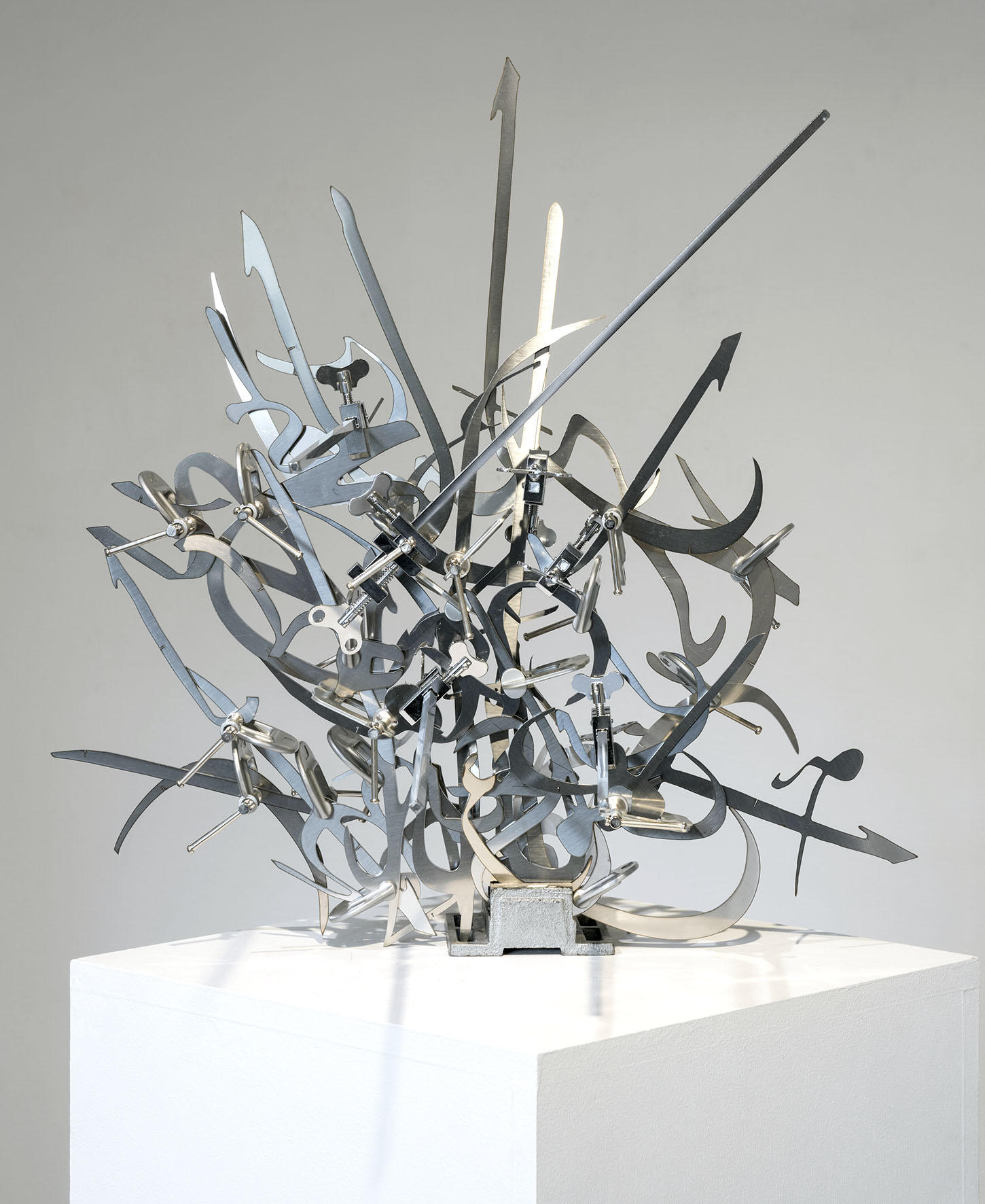 
“Calligraphy of Fire #4” is also exhibited on this occasion: this work is composed of stainless cut-out of the Arabic letters from the Koran, transformed into a new work using clumps, abstracting the essence of phrases. This work represents the beauty of the danger, the sacred and the common, referring to the ambivalent to see the both aspects of one object.

Another work entitled “Archaeology”(which is not on view in this gallery show) also forces us to face directly the fact of death. Whatever the reason of the passing away, either by the violent action such as terrorism or by disease as pandemic, to live means to die, which the works of Fatmi convey through his art. 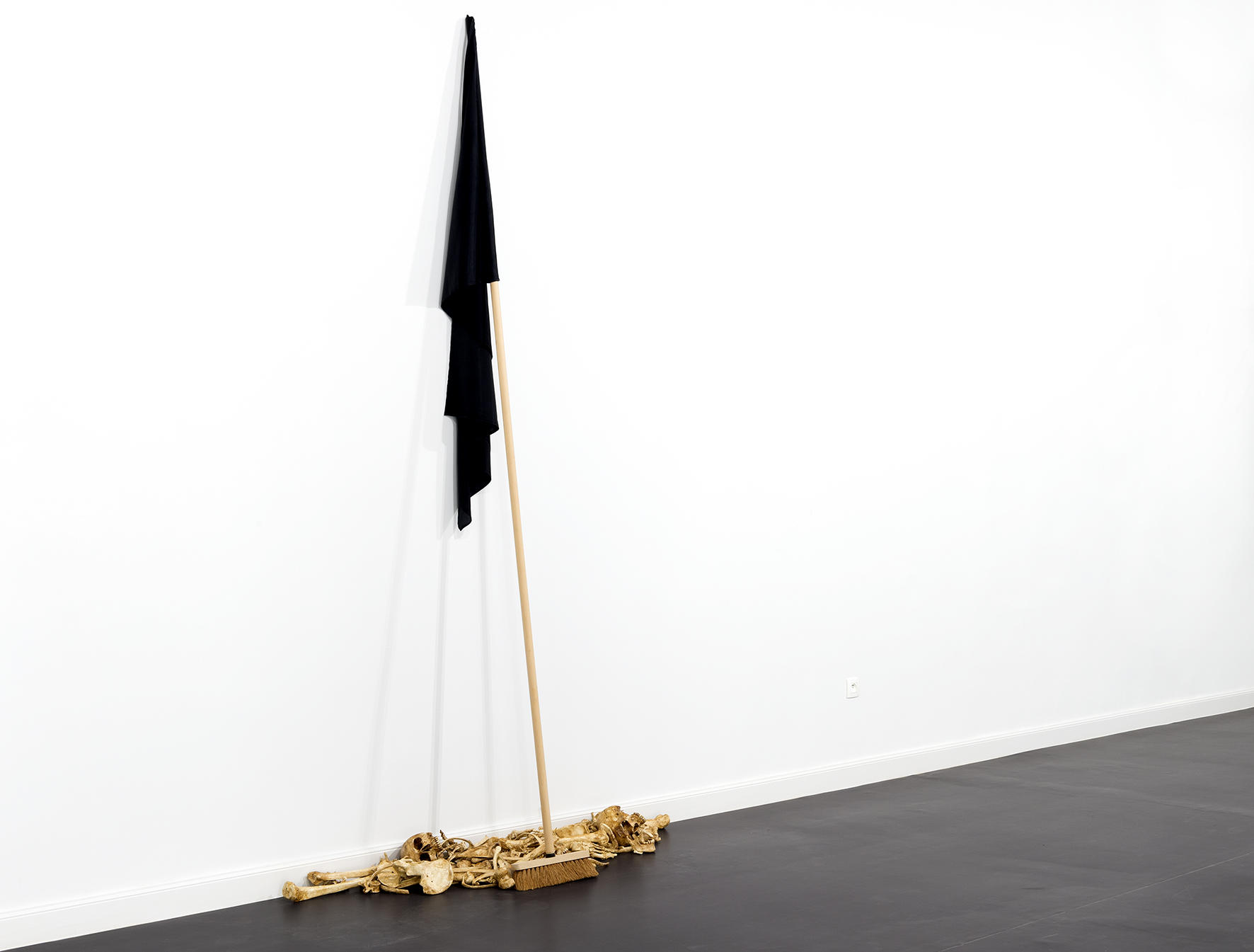 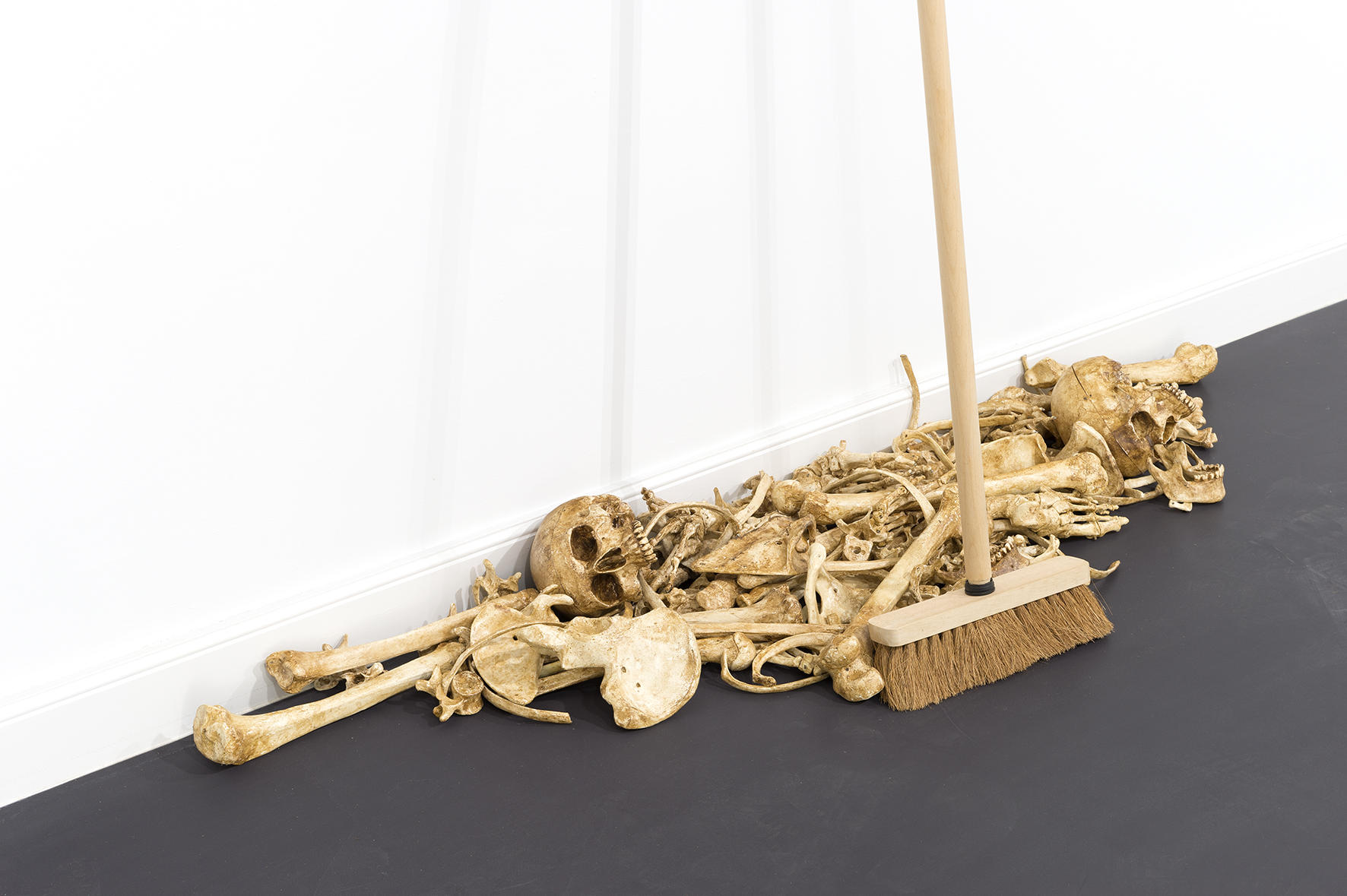 
Fatmi’s installation “The Song of the Children All Gone” was developed at the abandoned school of Awashima in the Setouchi Triennale. In his renewed version 2019, the artist added to the poetic text on the rooftop of the school as well as a “passage of hurdles”, like jumping poles in other works. 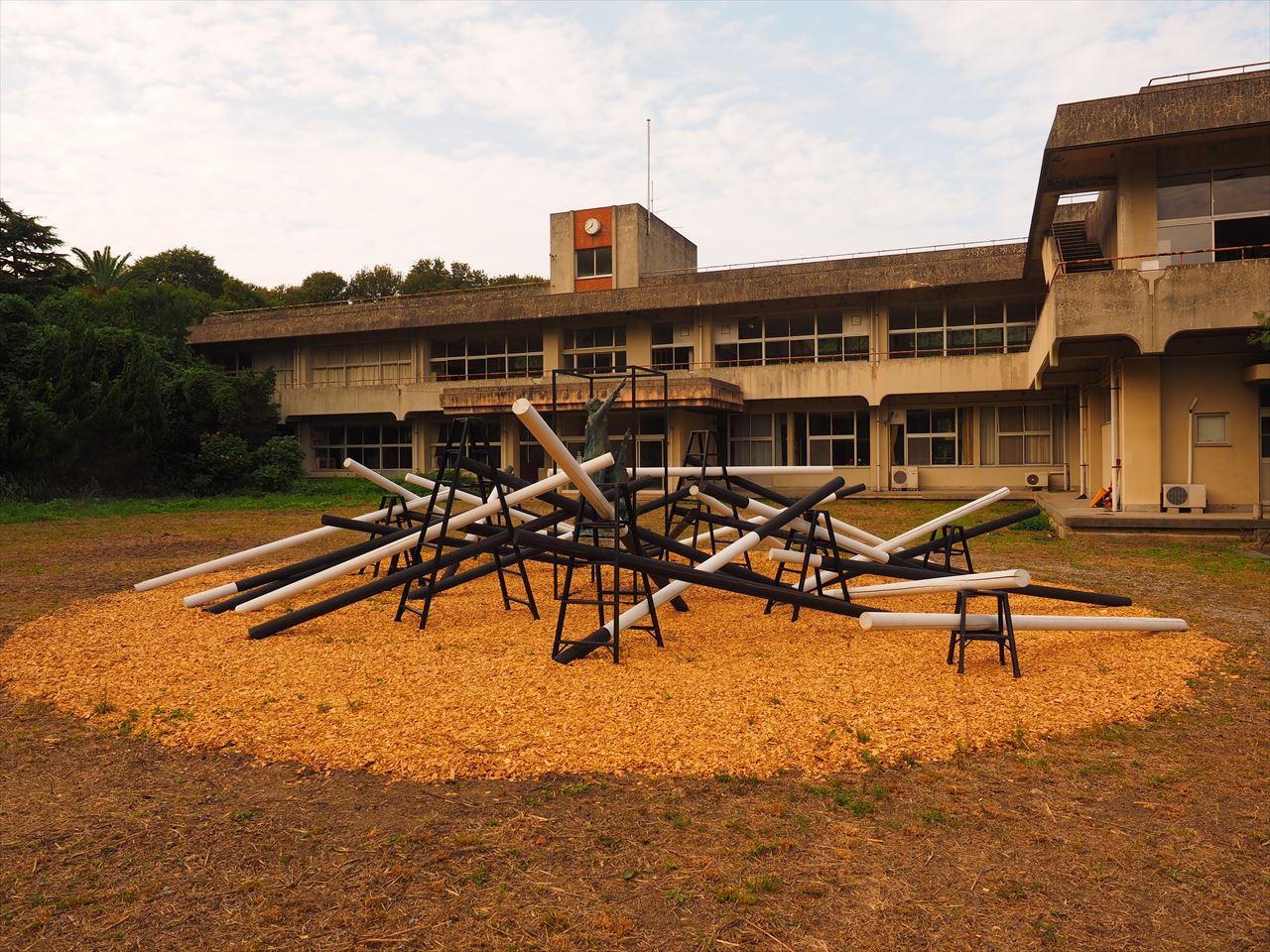 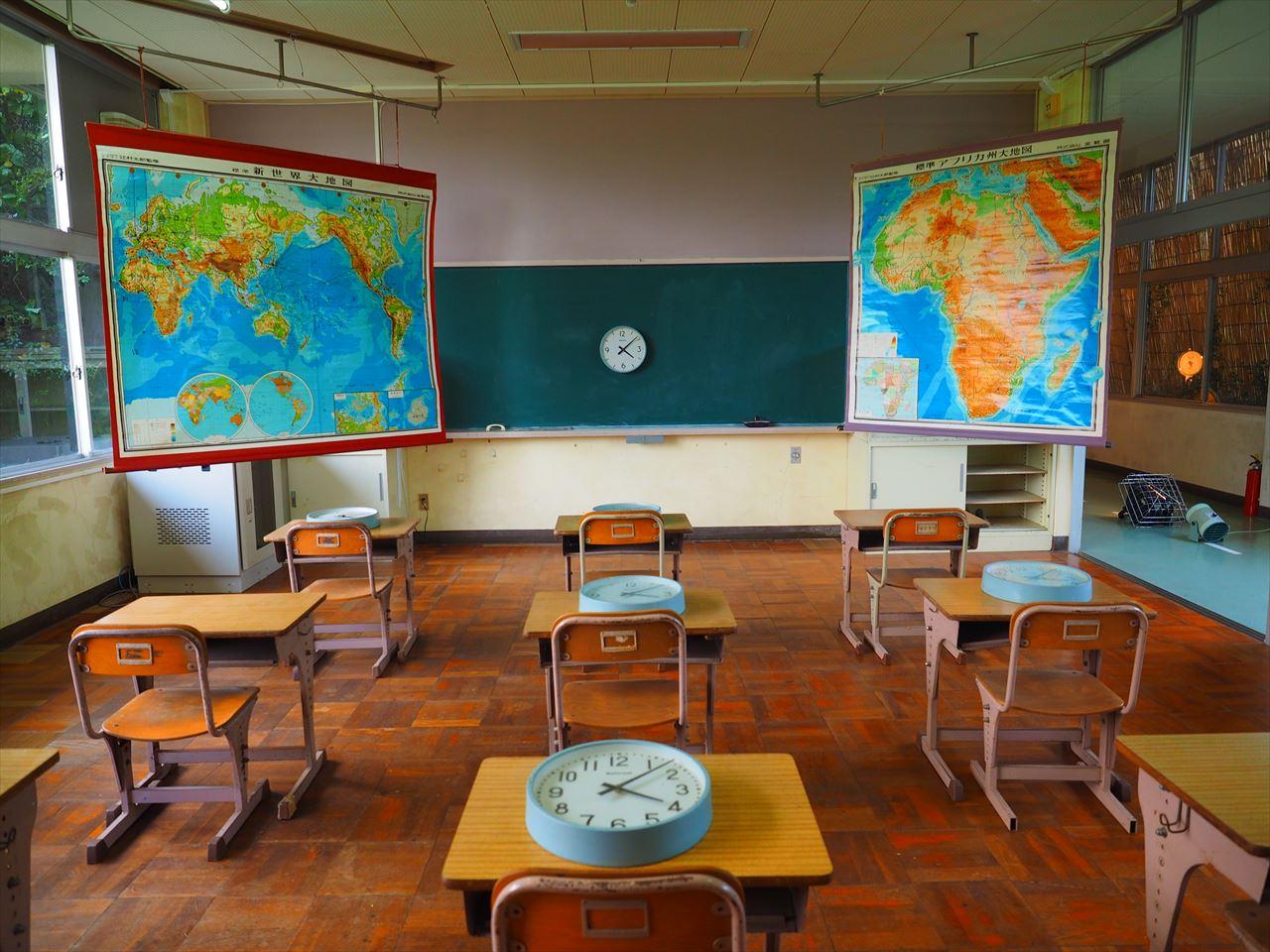 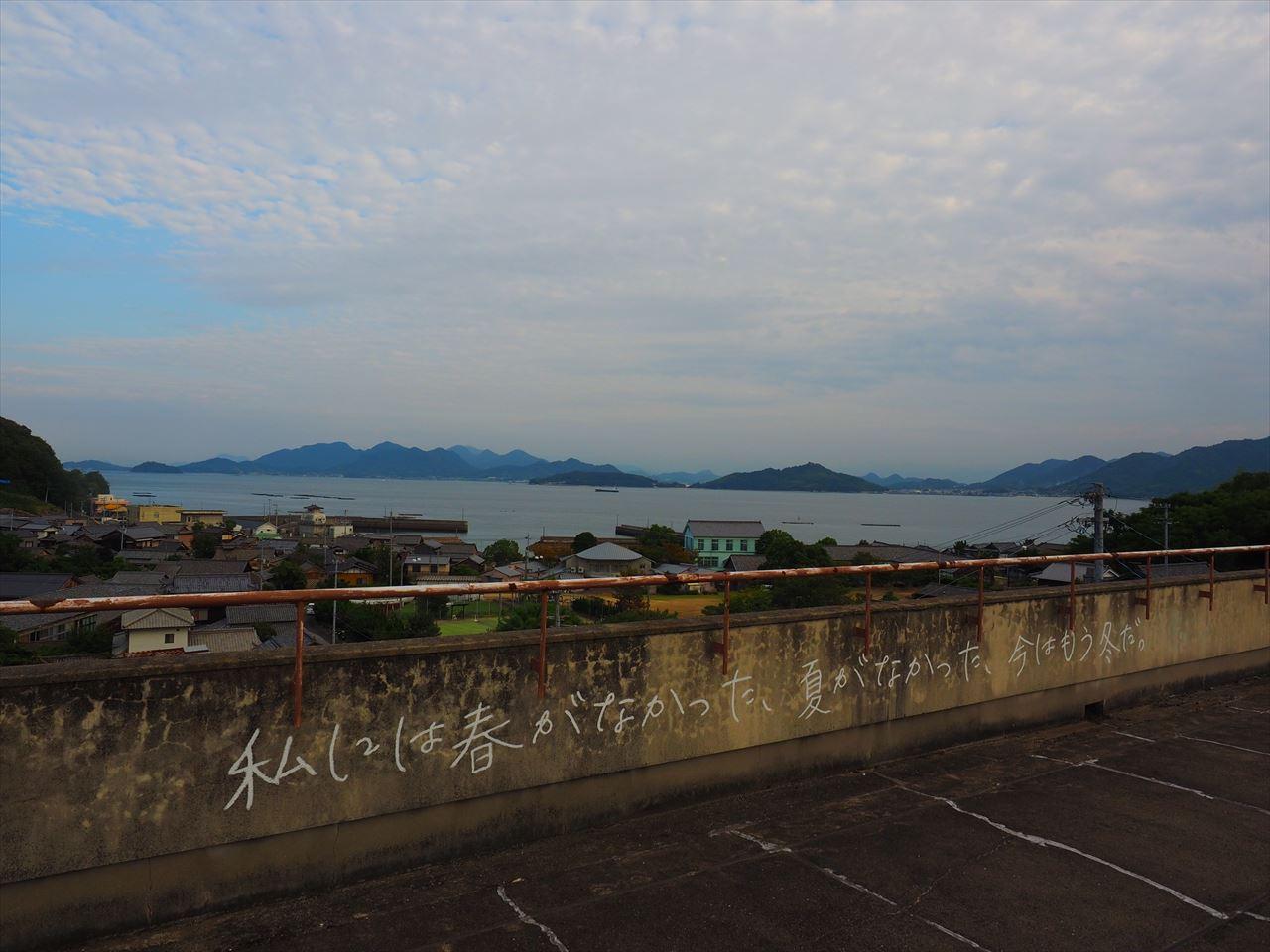