To see more Kabata's works and her profile please kindly click here.
Chihiro Kabata, born in 1978 in Fukuoka, was raised in Tokyo and began life as an artist upon finishing a graduate degree at Musashino Art University, in 2004. She went on to attract attention at the Mot Annual in 2011, and at VOCA in 2012. Art Front Gallery has presented her work since 2010, and this will be the 5th exhibition. Kabata has also been very active internationally, having held a solo show in Switzerland and participated in an Artist-in-Residence programme in Singapore.

Kabata offers a world of abstract expression produced in oil, but not made with brushes. She works directly with hands or fingers, also using lines made in layers of ballpoint pen. She realises her main concept, which is grasping the invisiable, adding some selected materials, such as mirrors or transparent acryric.

Each time she has exhibitied at Art Front Gallery, Kabata revealed a new direction using new materials. Since her residence in Singapore last year, her abstract, two-dimensional work has entered new territory. She showed a yet more sophisticated treatment of two dimensions at an exhibition in Singapore held this January (her River series). This was accompanied by a large three-dimensional piece, suggesting she now finds two-dimensions insufficient for what she wants to express.

At the present exhibiion, Kabata aims for a more spatially developed installation. Her key word is “shadow,” which she says interests her for being invisible and elusive.

Junichiro Tanizaki argued in his famous In Praise of Shadows that Japanese culture has a particular aesthetic regarding shadows. But what is Kabata’s perception? What kind of shadows will she show in our gallery’s bright, white, Western-style space?

Shadows are forms cast by light falling on an object. But a given environment can create a shadow that is unimaginably derived from the original object. We hope the shadows Kabata displays at Art Front Gallery will also be new and unimaginable. 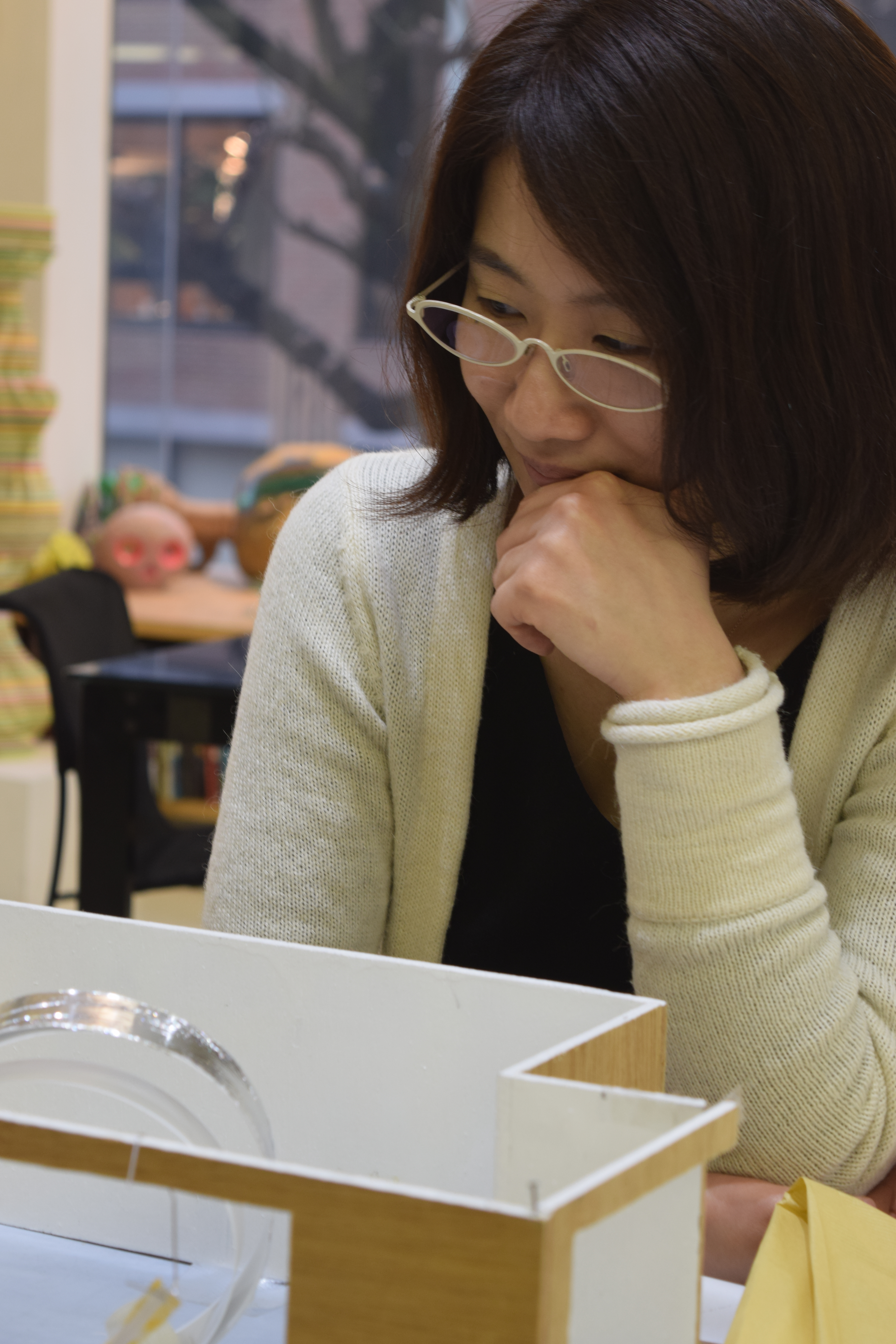 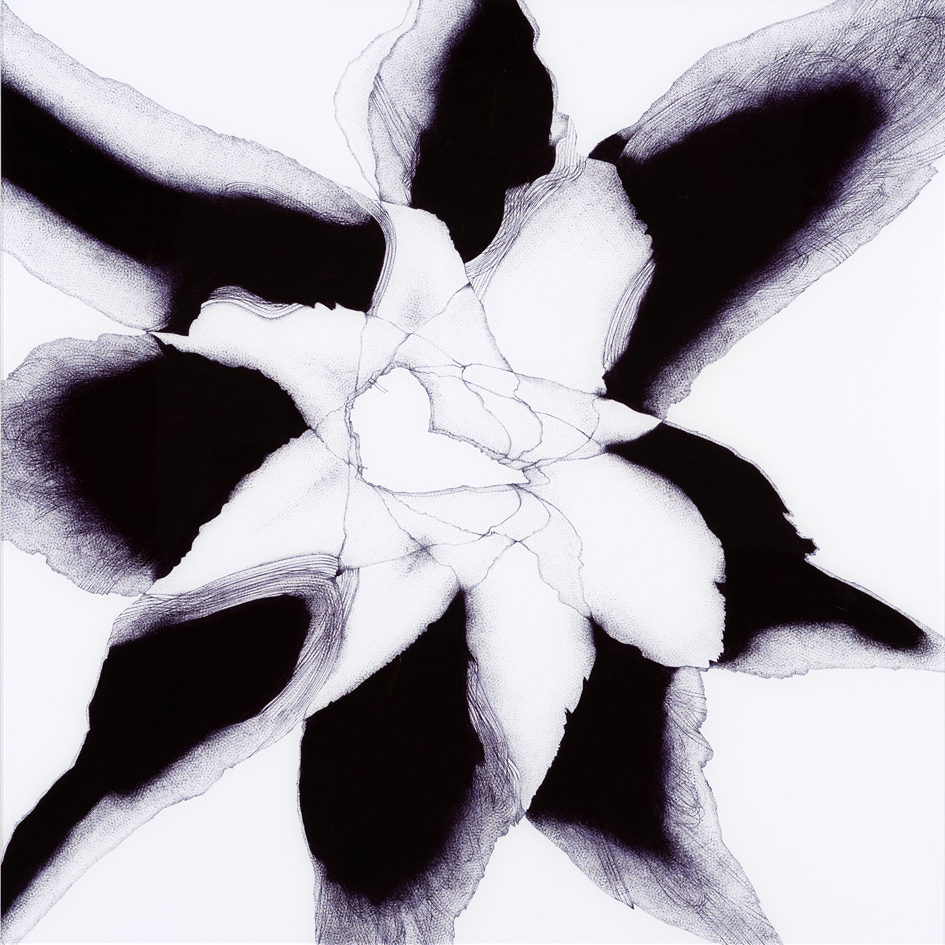 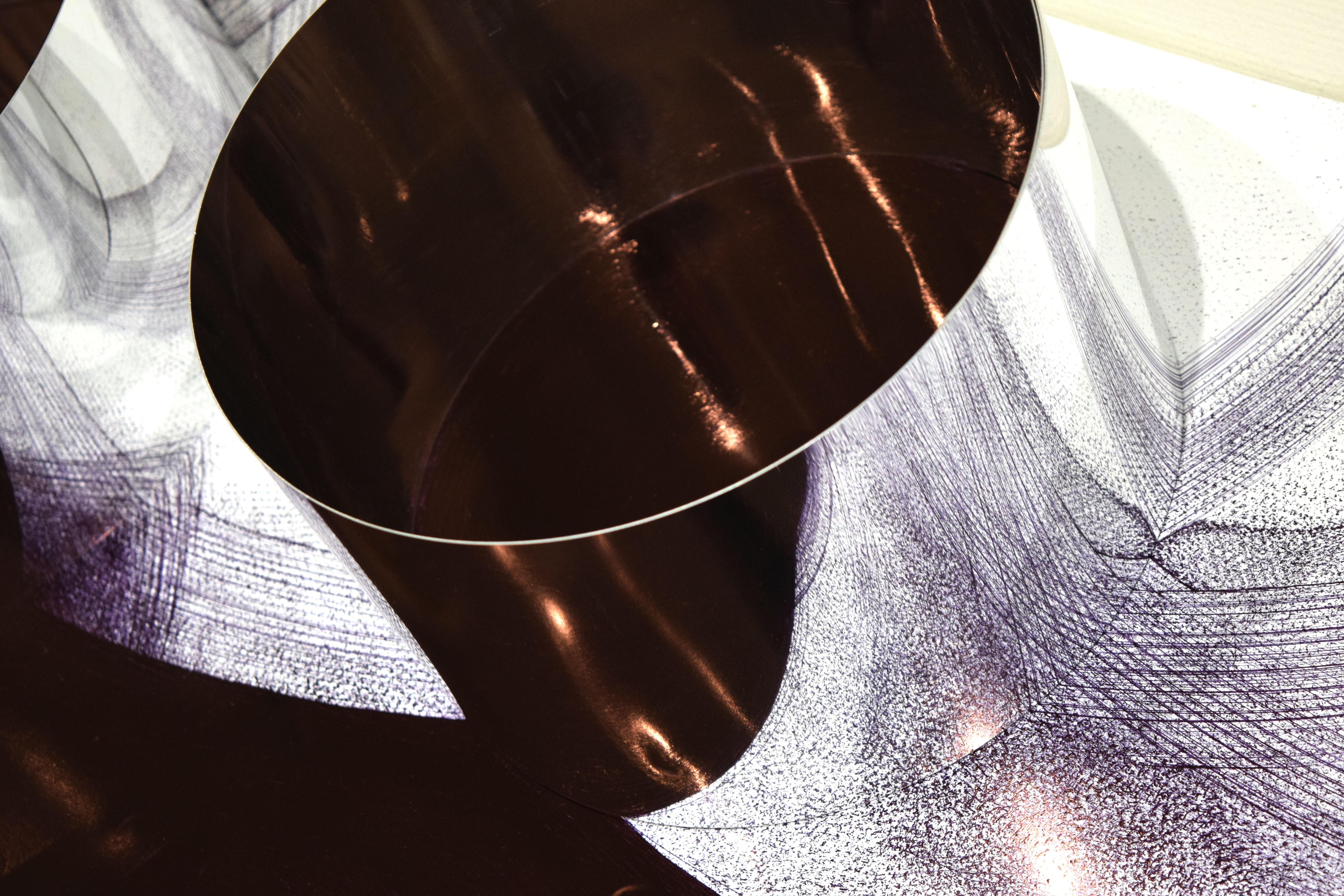