Current ExhbitionSpecial Exhibition「Sen」focuses on works by artists who focus on the line, including nearly 20 works by artists exhibited for the first time at Art Front Gallery in Daikanyama.

We introduce here mainly the aritists who exhibits in our gallery for the first time. (For further information about the works, please refer to contact@artfrontgallery.com or call us directly on the phone ＋81-3-3476-4868 (person in charge: Shoji, Tsuboi)

Hayasaki is interested in the relationship between the history of natural science and humans, or in the ecological of living things. She examines human beings themselves from the perspective of duality, such as "life and death," "good and evil," and "beauty and ugliness. She also believes that human nature lies in the contradictions and small errors that occur in what is considered scientific, and therefore develops works that explore human nature, such as ego, obsession, and prejudice. Her style, which moves back and forth between two-and- three-dimensional works, represents the ambivalent boundaries of duality. 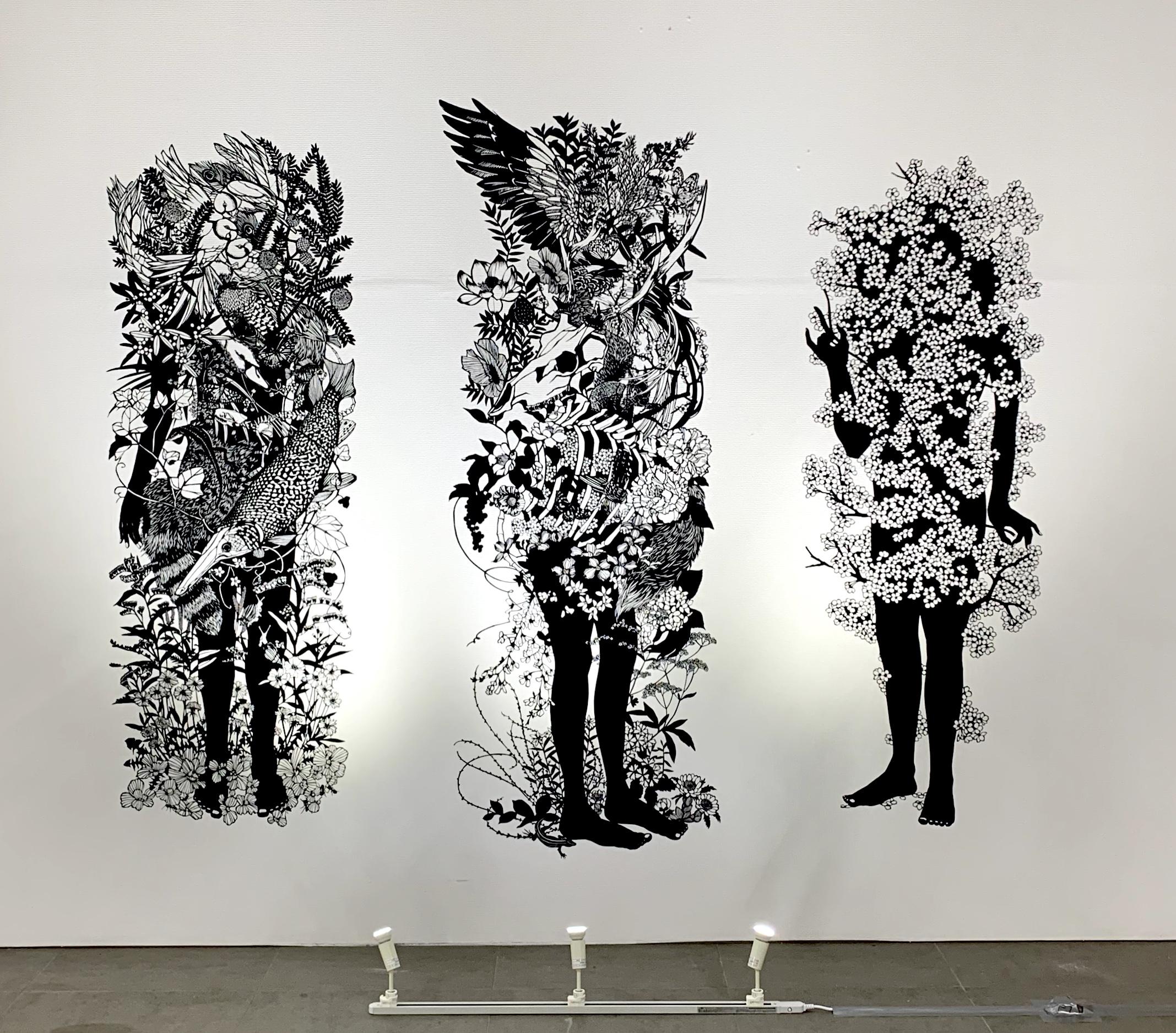 left：《Jya-ken (Incorrect Opinion or View)》, center：《Ki-e (Something to believe in)》、right：《Bun-shin(Cloning to help people)》※In the exhibtiion, these works are already framed while the image is without it before framing.

〈comment from the artist〉
I create works that examine the nature of human beings in relation to nature and ecosystems.

The middle piece, "Devotion or Kie" is a collection of motifs of what are generally referred to as Japanese plants and animals.
The "Jaken or Evil" focuses on what are called alien species.
The "Bunshin or Alter" is a cherry blossom, Someiyoshino.

In these works, I am trying to think about ourselves by examining what it is that makes us feel at home in nature and other things.

In ecology, the term "Japanese" is often ambiguous, and the term "alien species" is a concept that has emerged in recent years. Even in these classifications, we sometimes notice a sense of belonging and exclusivity in the unconscious of society.
"Someiyoshino or cherry" is often considered a symbol of Japan. Someiyoshino spread as a cultivated clone using artificial grafting. The cherry tree itself has a deep connection with the history of agriculture since ancient times in the sense that it signals the season. It is interesting to note that in modern times, the representative of the spring tidings known as the cherry blossom front has been entrusted to the Someiyoshino, which has been developed through modern cloning.

The title of this book was originally a Buddhist term. The word "evil" means "evil view," "devotion" means "the ground of one's heart," and "alter ego" means "the Buddha taking on various forms in order to save many people. 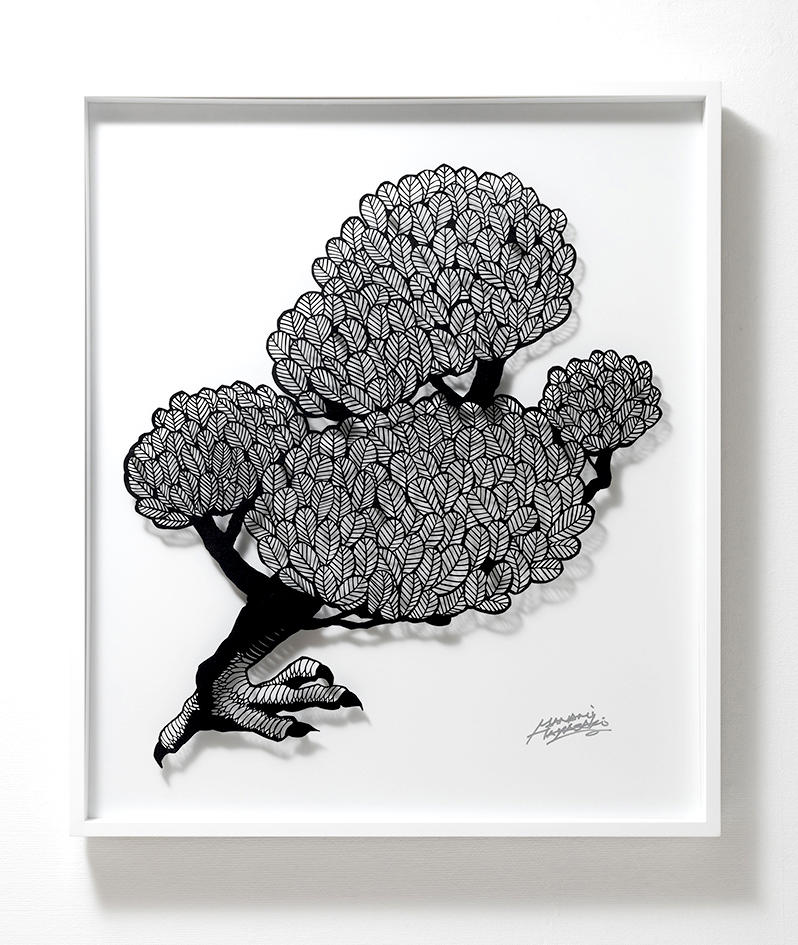 〈comment from the artist〉
This is a part of the installation shown at the solo exhibition "Dear Unexpected Visitor" 2011 (Guardian Garden, Tokyo, Japan). It is an installation that represents the uncontrollable ambiguity between oneself and others as a garden, a garden tree that moves or seems to move regardless of one's own will.

〈comment from the artist〉
Two of these works were exhibited side by side at the solo exhibition "Innocent Garden" 2009 (Long & Ryle, London). I made cut-outs of vintage "Securities Board Game" and "Art Auction Board Game" fake bills that I found in a charity store in London, and exhibited them in a cut-out frame. I feel that even though they are similar pieces, the numbers make them look different in value. It also raises the question of whether paper (which is also the material of my work) has any value in the first place. The toy bills represent the feeling that a money game is being played out in a place that has nothing to do with me.

Through her artworks, she creates works that question the form of things and the nature of space. Her three-dimensional works, in which regularly repeating black and white patterns are transformed into irregular shapes and undulating patterns, express a "free form" freed from the rational urban space that emphasizes flat surfaces and straight lines. 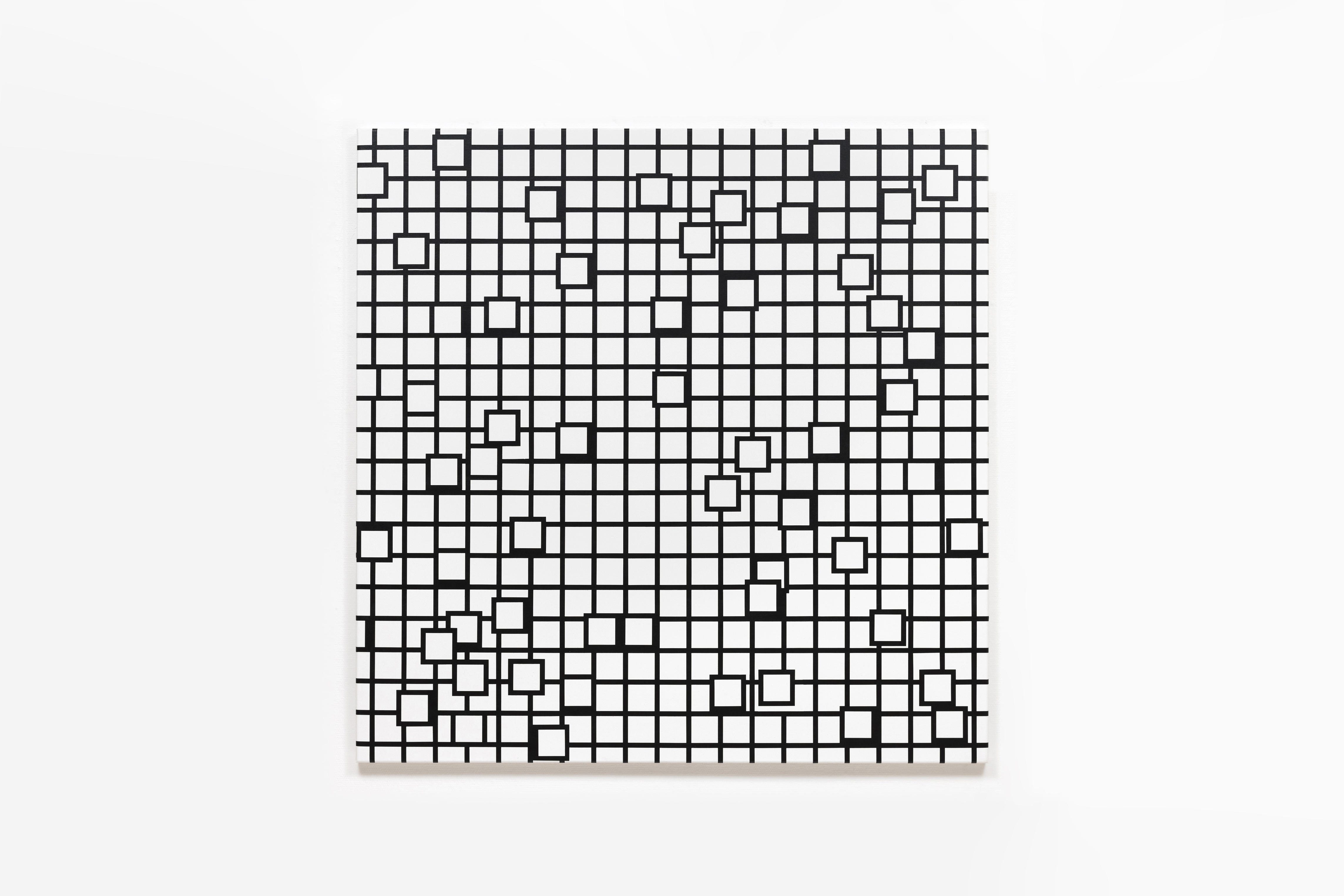 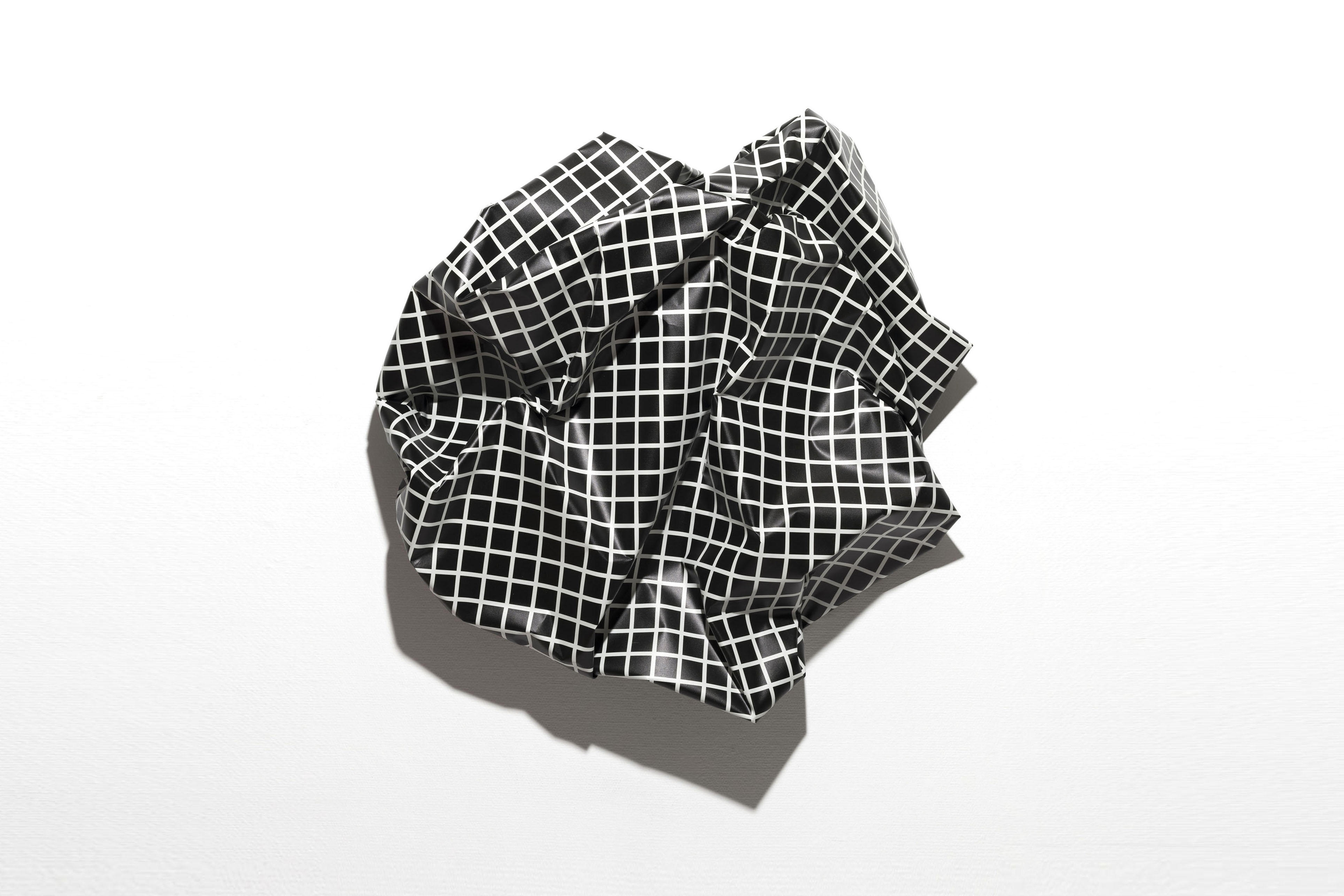 Her research focuses on the perception of sight and space with a social and contemporary approach. The production of her work is tied to a highly elaborated mathematical discourse that is an integral part of her artistic practice. The artist's reflections focus on questions such as. "How imperfect can a perfect system actually be?" Her geometric constructions are based on perpetually self-repeating modules that create a seemingly ordered visual rhythm, to which she adds aberrations (misalignments) that create a new rhythm, though adjacent to the original image. By creating a deviation in the optical balance in this way, the dimensions of order and plane are intentionally destroyed, creating surprise and emotion. 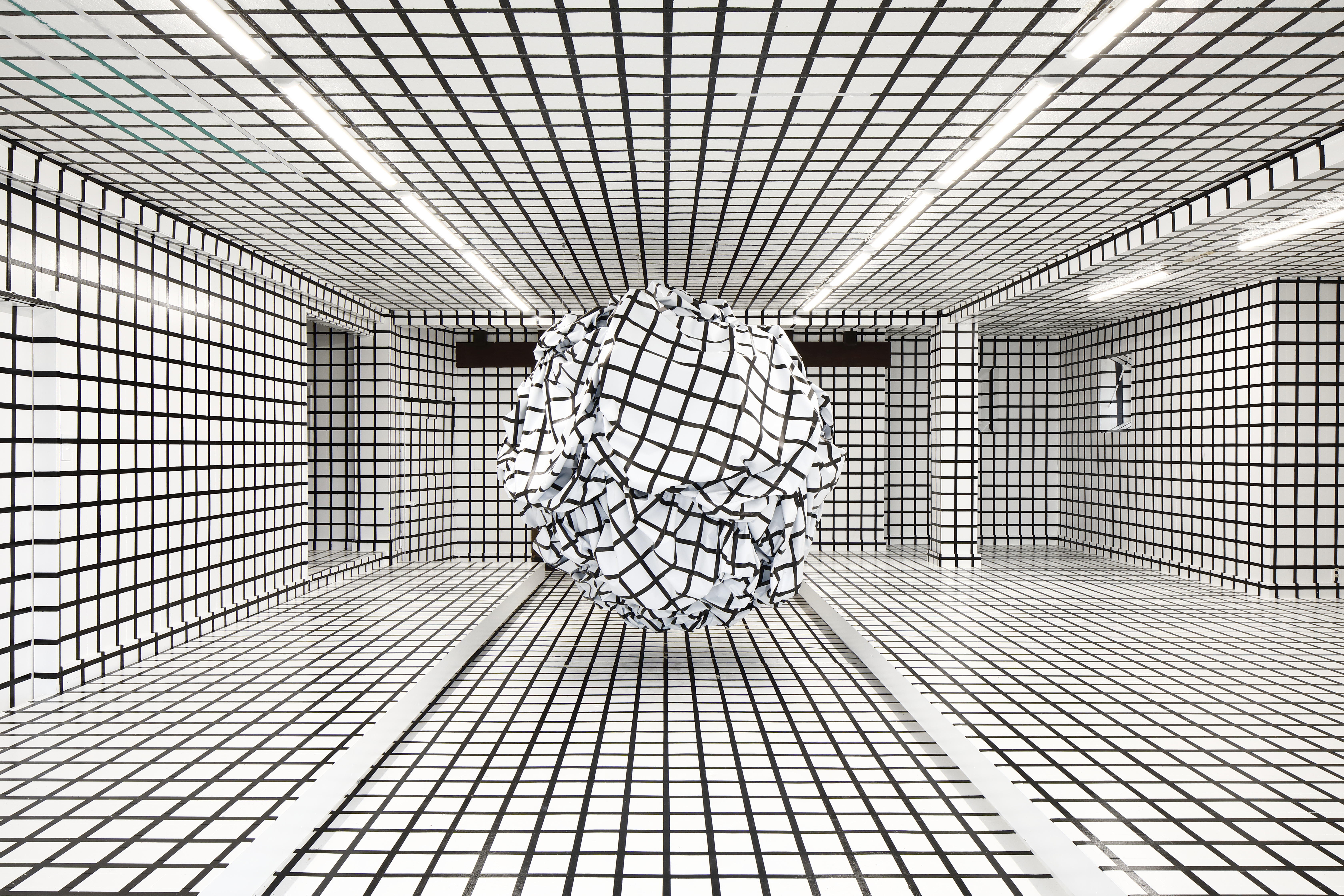 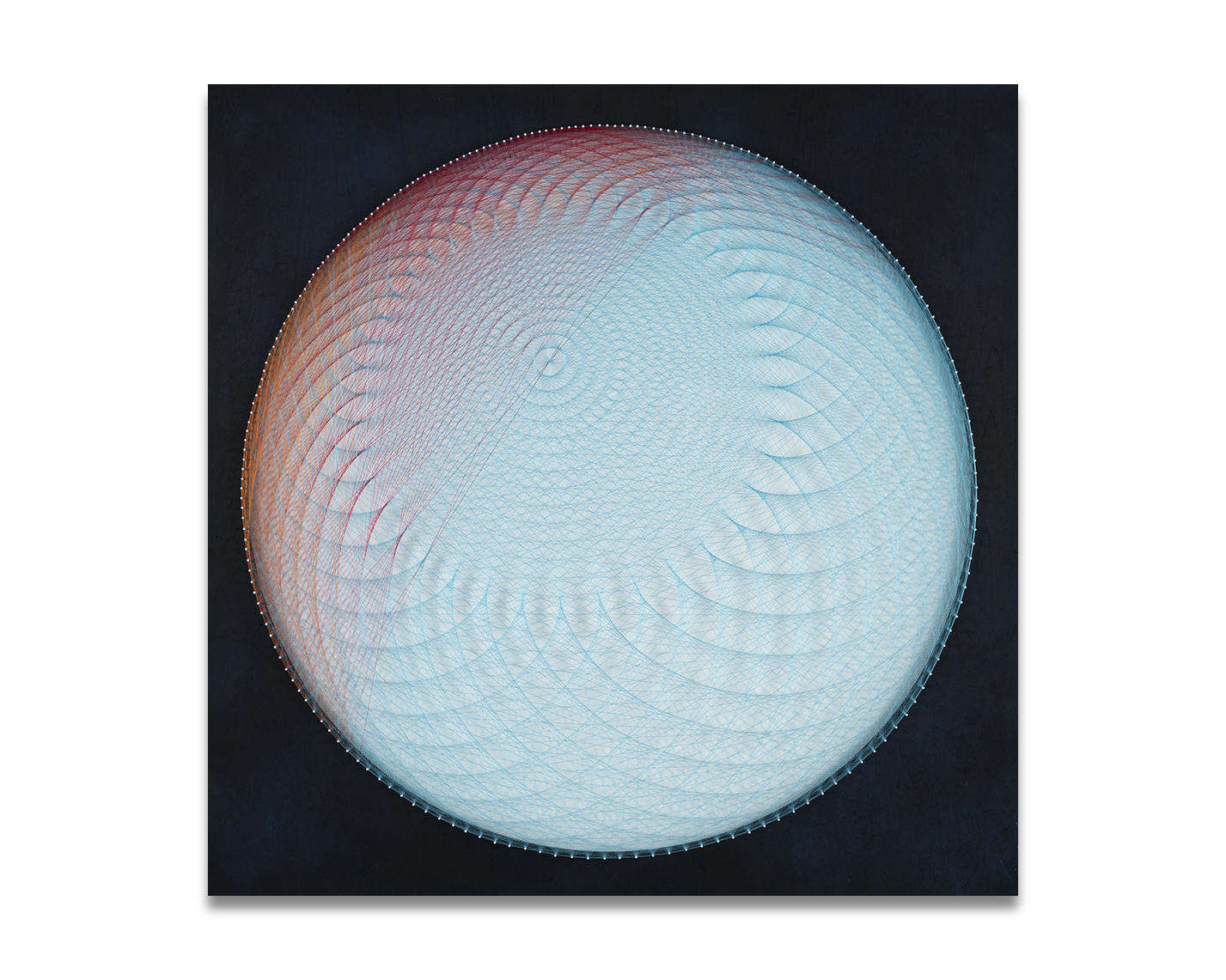 Chinen's geometric string art uses mathematical logic to embody the achievements of various thinkers and mathematicians inherited from antiquity in the present day, as if we stand at the very tip of a long stream of time.

Geometry is a field of mathematics that studies the properties of shapes and space. It is perhaps the ancient form of human research that seeks to uncover the "truth" of the world. It has been driven by mankind's desire to understand the world since a time when religion, mathematics, science, and art were not yet as distinct as they are today.

This work depicts a flower pattern by hooking threads in order according to a certain rule. The minimalist design and delicate color gradations create a floating effect, and the wooden base is only a frame, so you can enjoy the shadows on the wall or hang it on the window sill to watch the scenery change.
When curves appear after thousands of straight lines, the familiar scenery looks a little different.

Born in Tokyo, Japan. Spent his childhood in the U.S. and moved to England upon graduation from high school.
Majored in fine art at the University of the Arts London and Chelsea College of Arts & Design. Currently based in Tokyo. She works mainly with abstract paintings and soft sculpture, based on the concept of relative reality (physical body) and invisible fantasy and imagination. She has exhibited in Tokyo, London, and Singapore, created art for Comme des Garcons, and collaborated with NIKE on shoes. 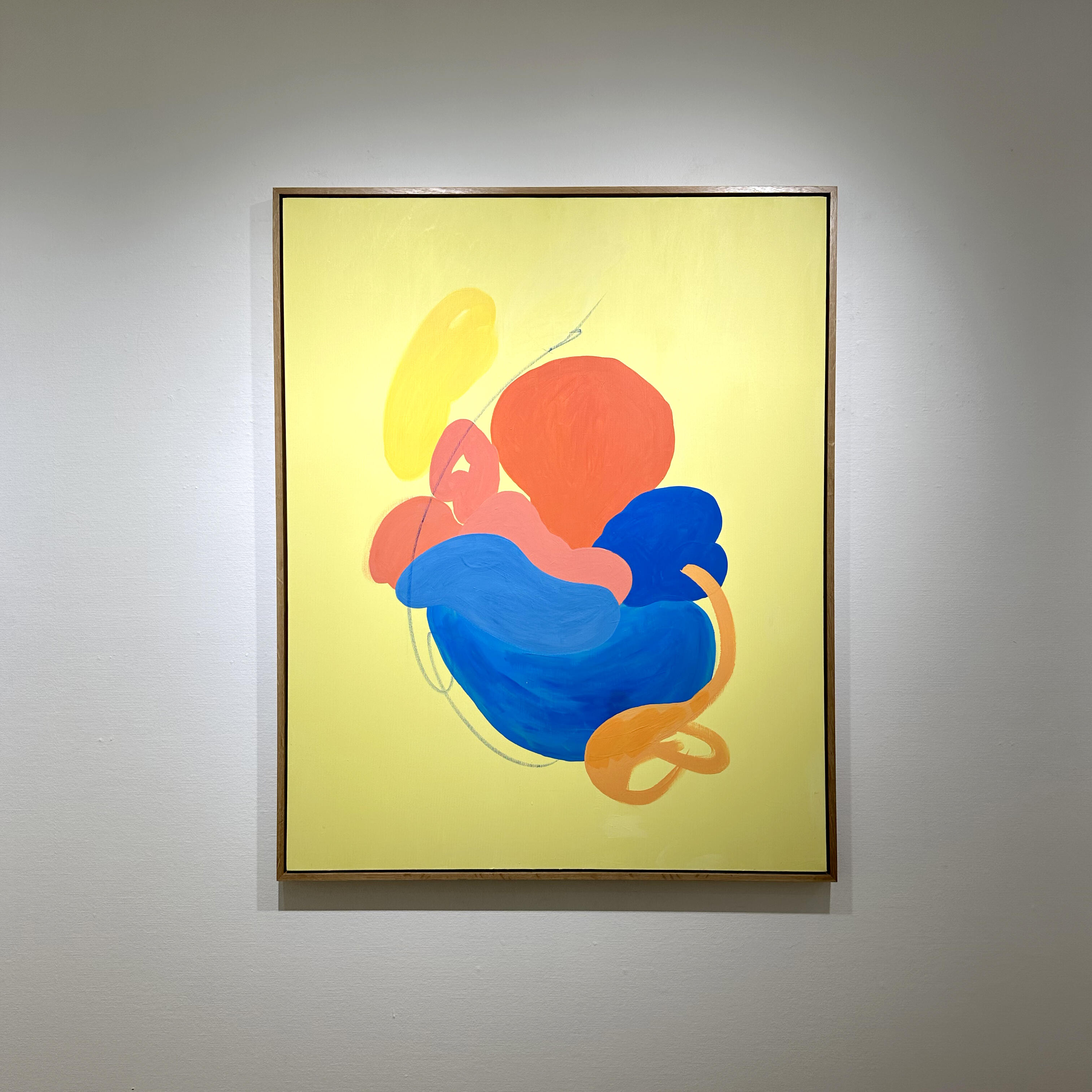 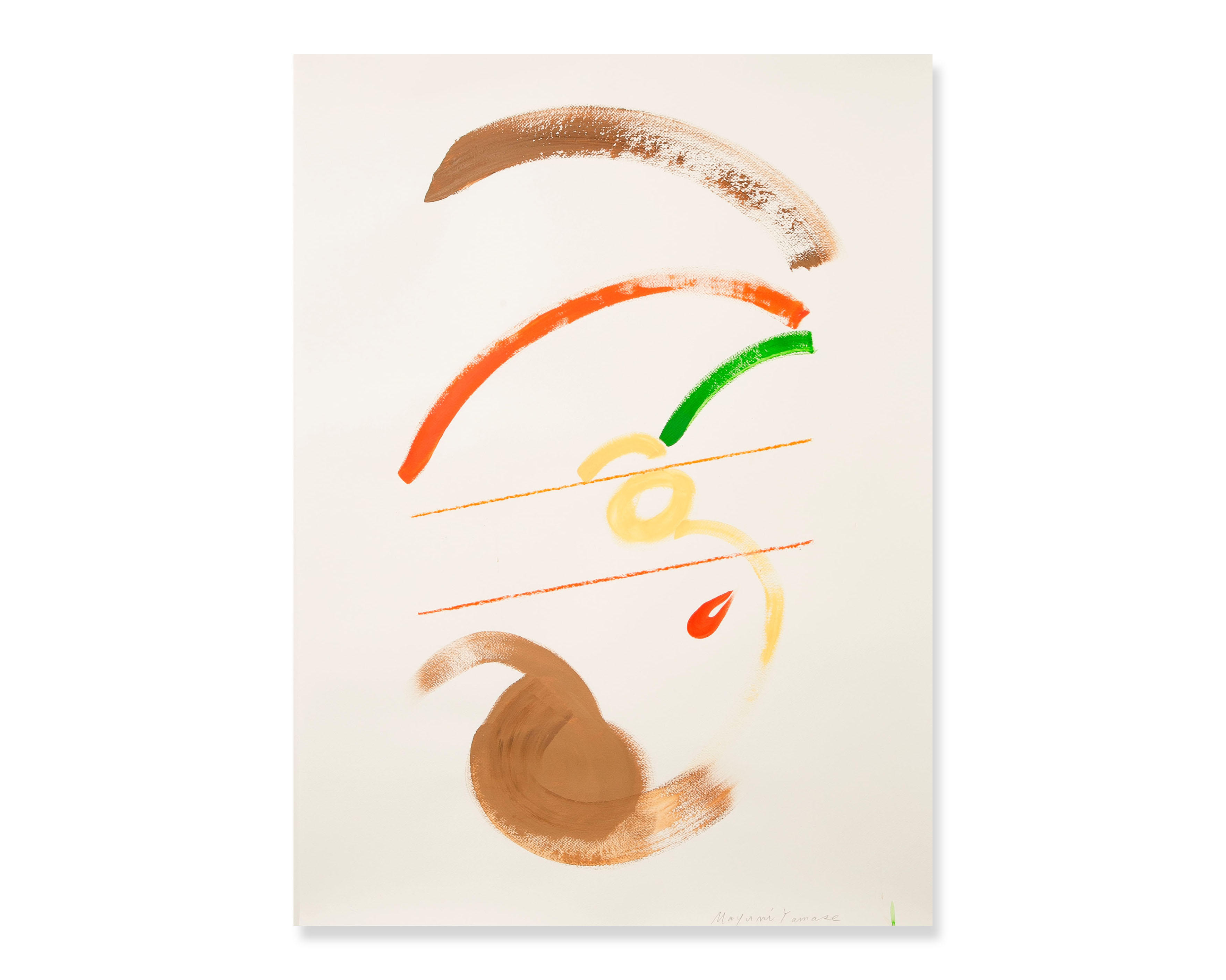 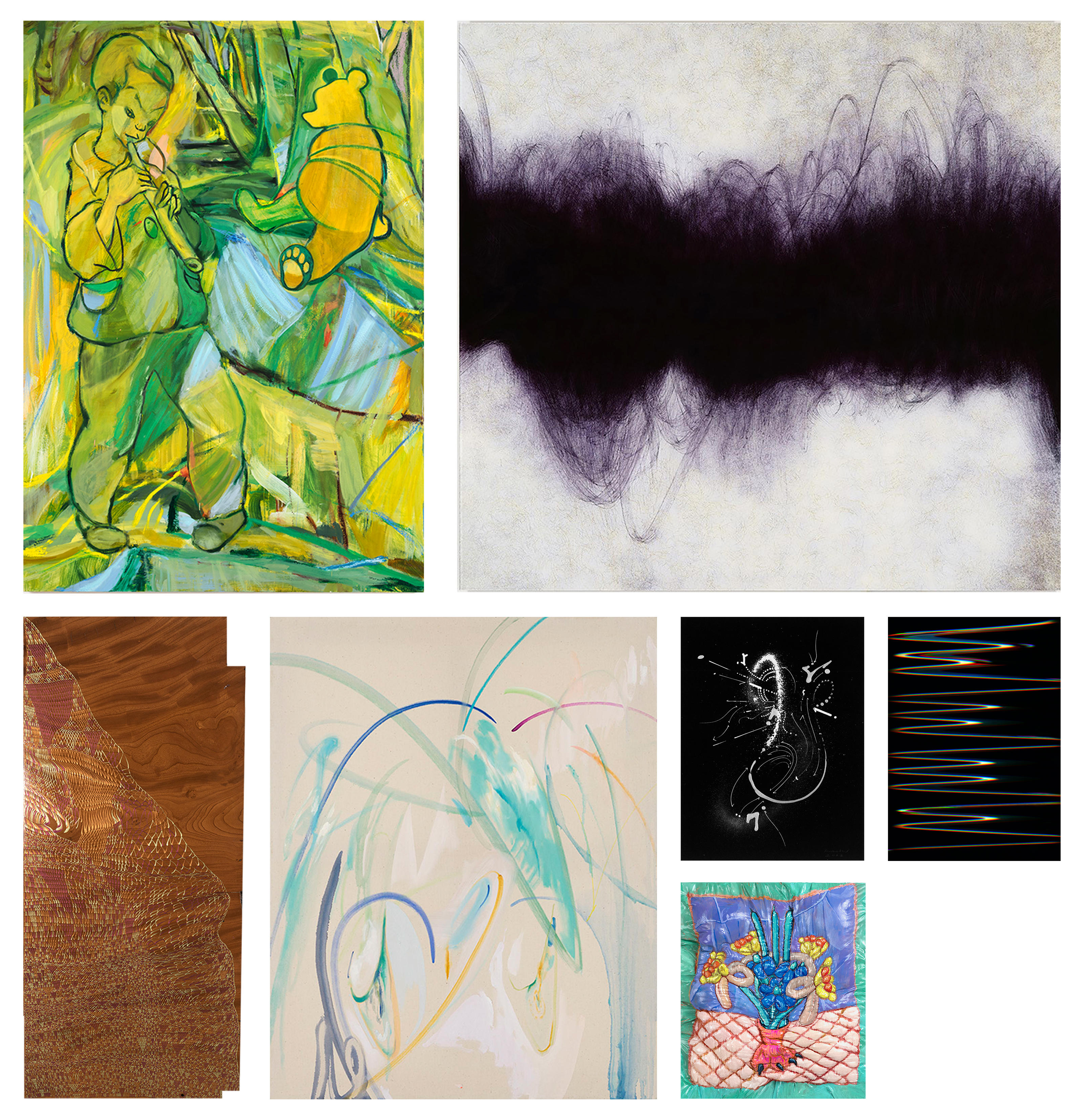