Current exhibition at Echigo Tsumari Kiyotsu Soko Museum of Art (SoKo)is "Collections of Echigo-Tsumari Art Triennale 2022", showing artworks of 22 artists who have participated in this Triennale since 2000. As the phrase "Nature embraces Art" goes on, exhibited works are resonating with the natural landscape outdoors, revealing the various aspects of their artwork hidden behind their site-specific works.
Introduced here is some selected works from the "Collections".


Esther Stocker is known for her illusionistic work such as walk-through structure in three dimensional, using her original system composed of colors in black, gray and while. Born in Italy, she lives and works in Vienna. She participated in Setouchi Triennale 2016, and is exhibiting in the Echigo-Tsumari Art Triennale for the first time. 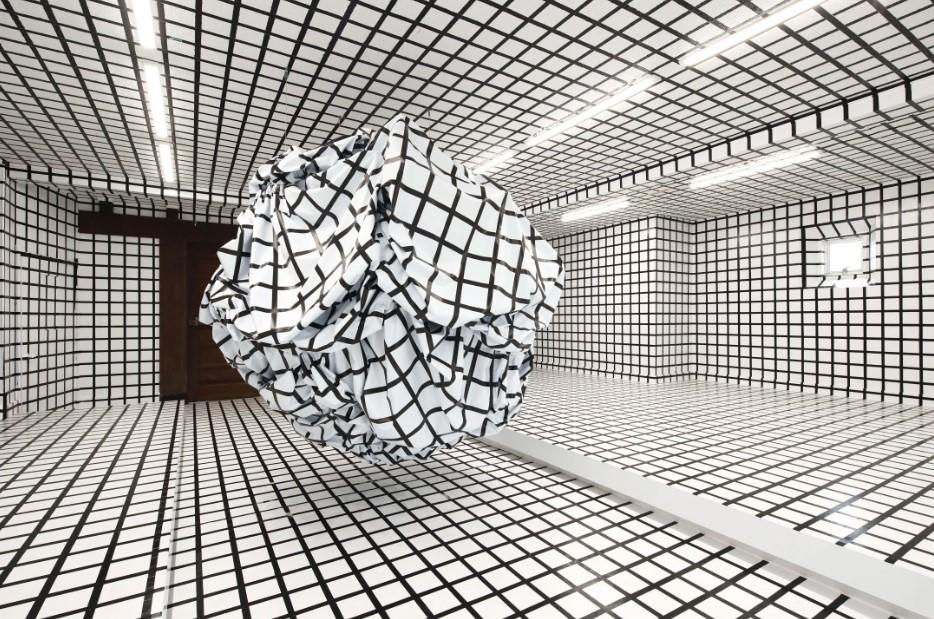 Her works are composed of mainly abstract and geometrical perspectives, with closely related paintings and installations. The installations are special version of her monochrome paintings of limited colors, in search for sculptural painting or painterly space in other words. 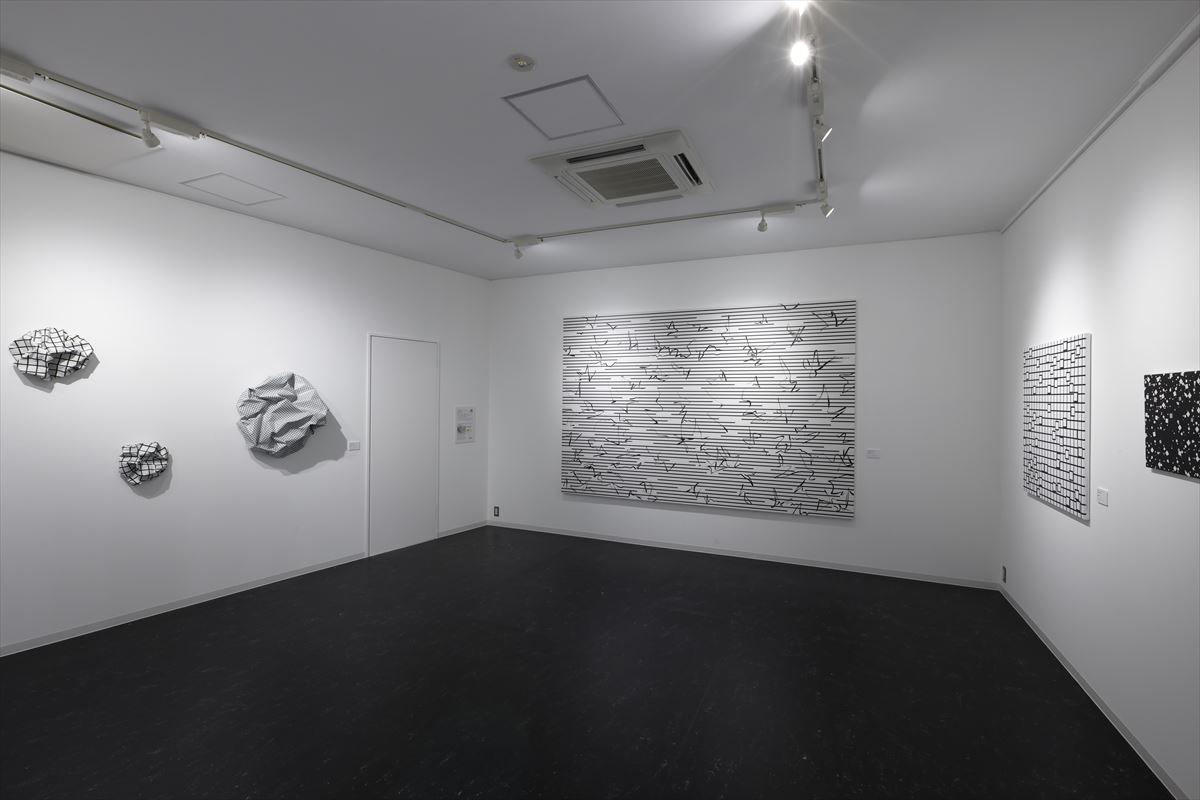 On her linear works as well as on the sculptural works, the artist once stated:
I can imagine the world being completely based on the line. Lines create structure, a skeleton that can be considered as the “everything” in which each one of us lives. All our movements, as with architecture, are based on lines and trajectories. The only thing that moves in my installations is the observer, with his or her perception, his or her thoughts and his or her body in the space.
I consider it a form of beauty that static objects are able to create emotional movement within us.

I am looking for undefined, vacant, “open” and free points. My technique is to pursue detachment from order: my systems are never perfect, they are instead expansive. They are based on a logic that expands and is never resolved.
Interview by Alberto Fiore from https://www.estherstocker.net/

Manami Hayasaki: Longing for the invisible, light and shadow 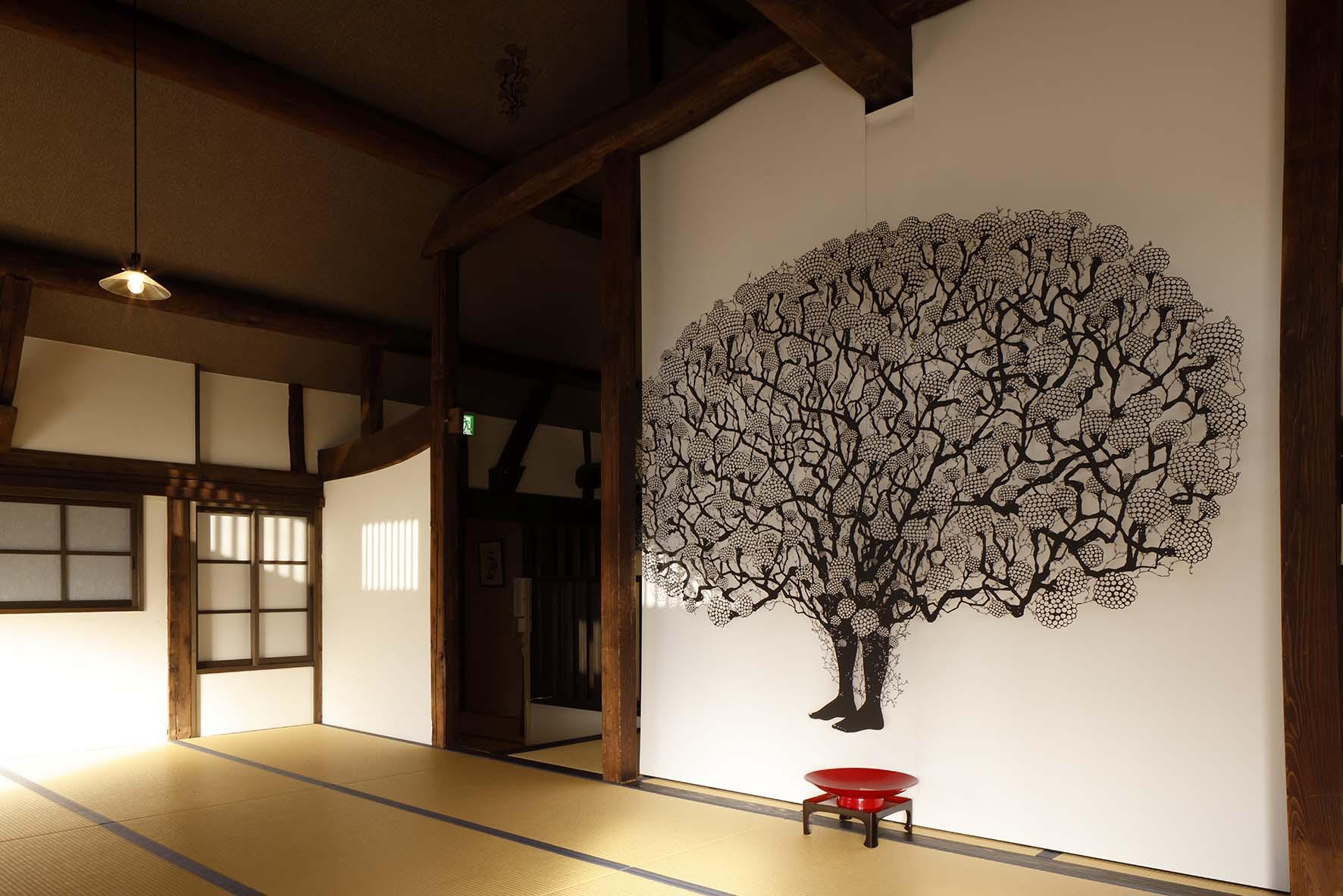 After studying Japanese style Painting at Kyoto City University of Arts, she graduated from University of the Arts London, Chelsea Collage of Art and Design (Fine Art) in 2007. She is mainly making Paper-cutting installation. Hayasaki is interested in the relationship between natural history and human beings, and trying to investigate on the human’s natural habit, such as the desire for knowledge, and egoism, with a view of duality. She thinks that the paper objects used as a metaphor of the "Duality" are difficult to define both 2 dimensional and 3 dimensional. ‘Duality’ means that the two words seem to be in opposite positions, however the boundaries are vague and cannot be separated like ‘life and death’, ‘good and evil’. 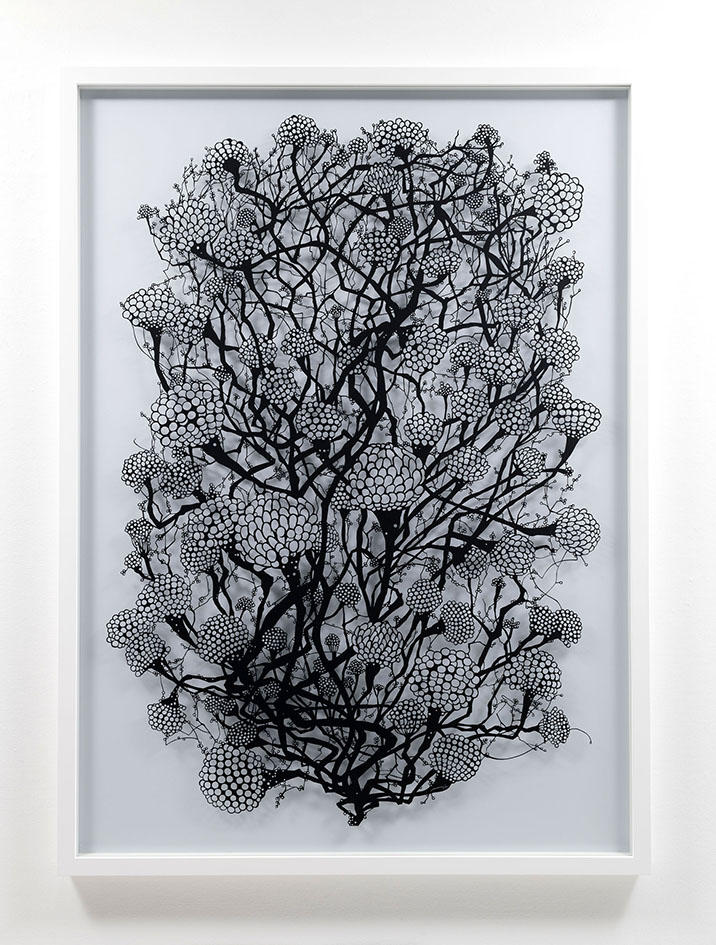 This piece is the base on which "Invisible Grove" developed, showing only the shadow in projection. Here is exhibited what has been omitted in the process of creation. In the site-specific installation at Naeba Brewing Company, only shadow is exhibited whereas its real body is first revealed in the exhibition "Collections", We appreciate your kind visit on both sites to relate one with the other in yourself. 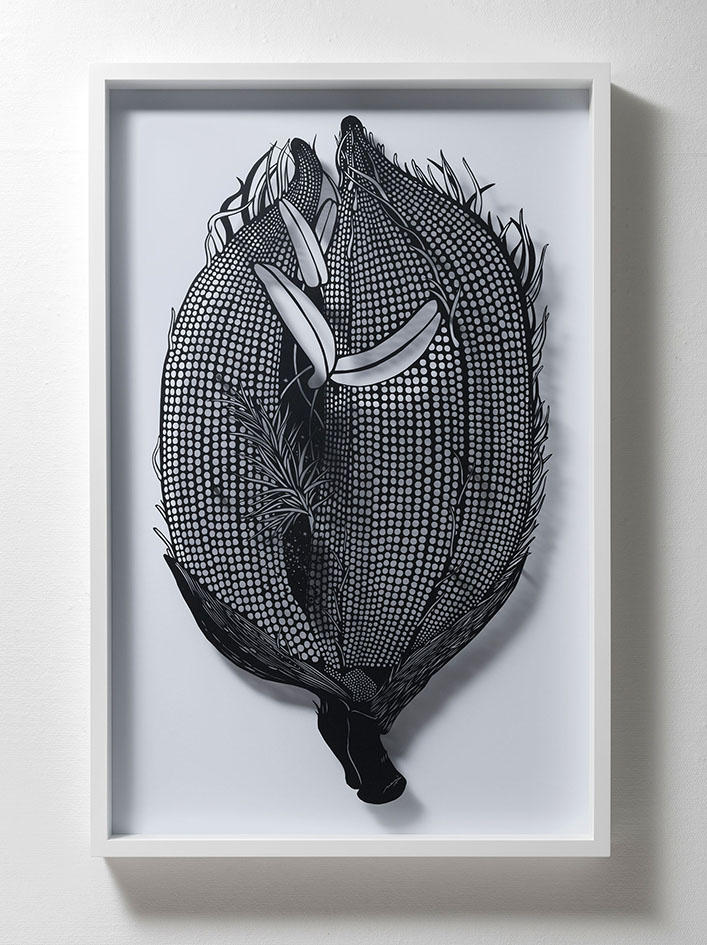 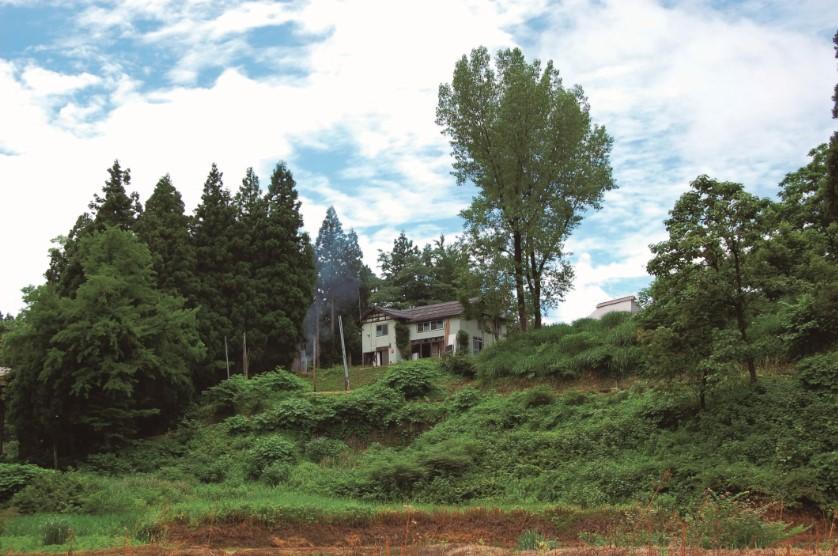 The large scaled artworks at "the collections" are the special exhibit from BankART Tsumari, selected by late Osamu Ikeda, former Director of BankART 1929 who passed away on March 16, 2022.

Yukinori Yanagi: The soil globe is the starting point of my artistic creation 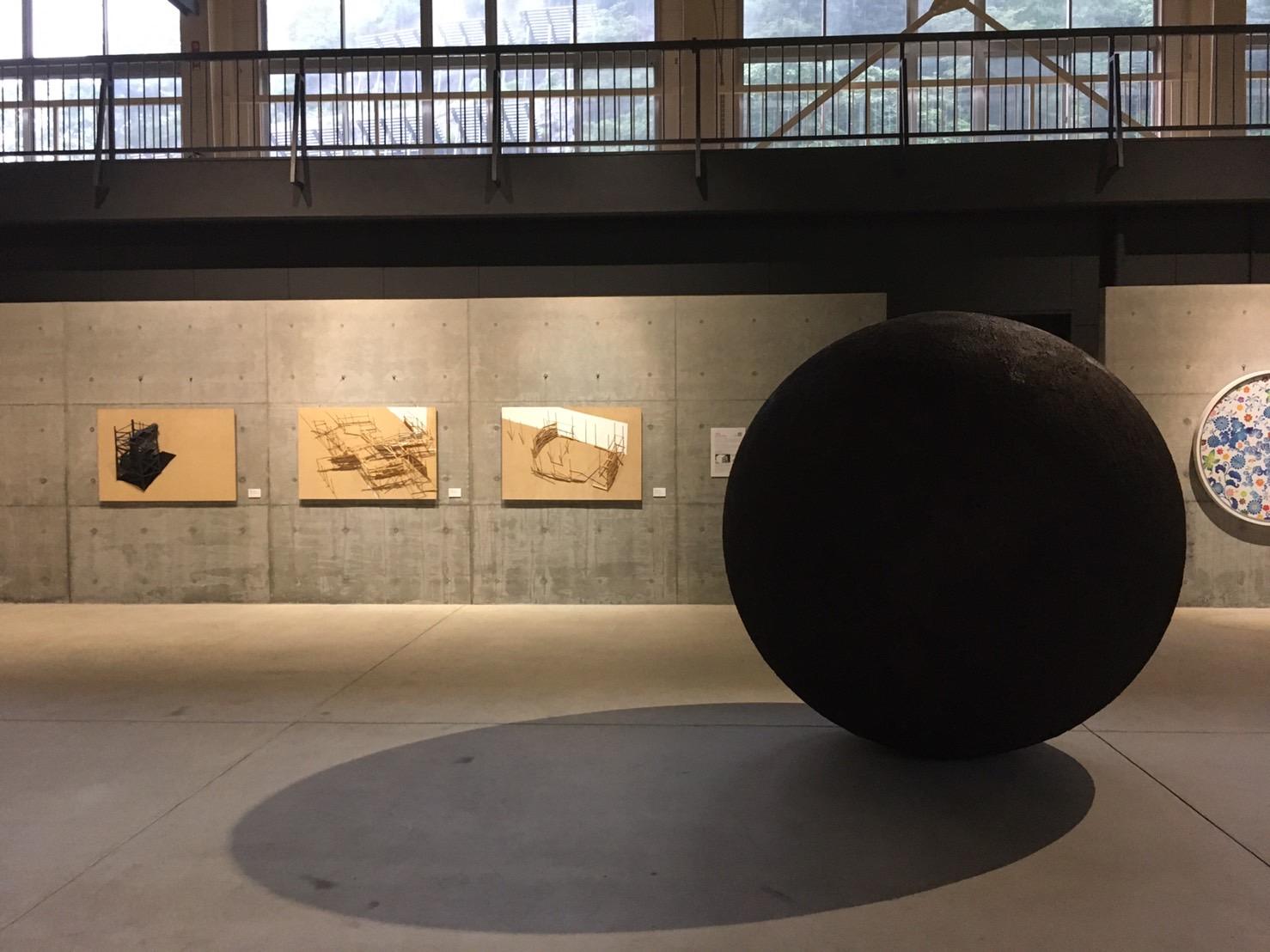 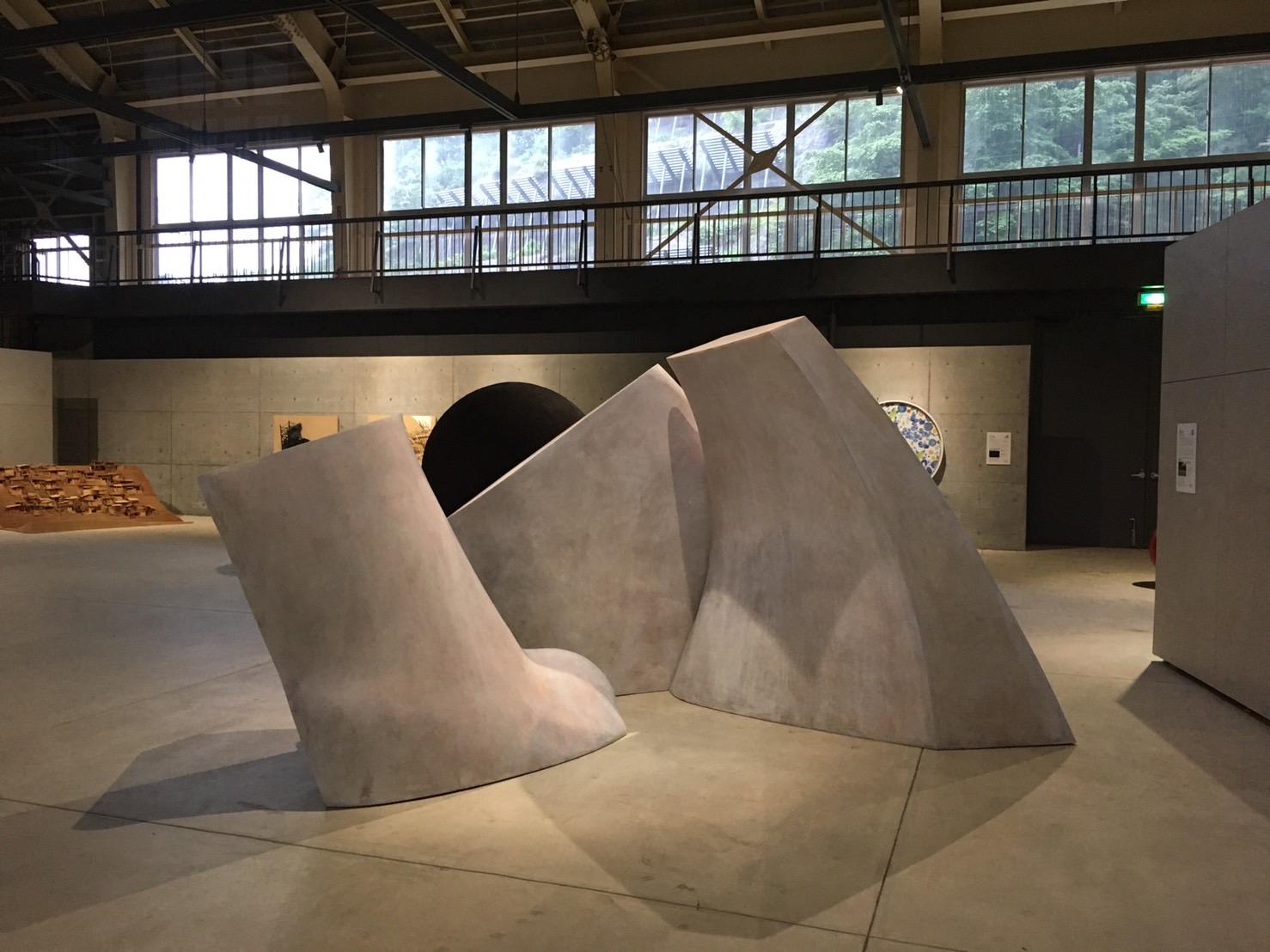 Kenjiro Okazaki "Without mistake, without any fumbling, I reach my hand straight out on the dinner table. And then, again, without touching the wall, three steps took me out of the room, but I had forgotten to close the door." 2014 FRP 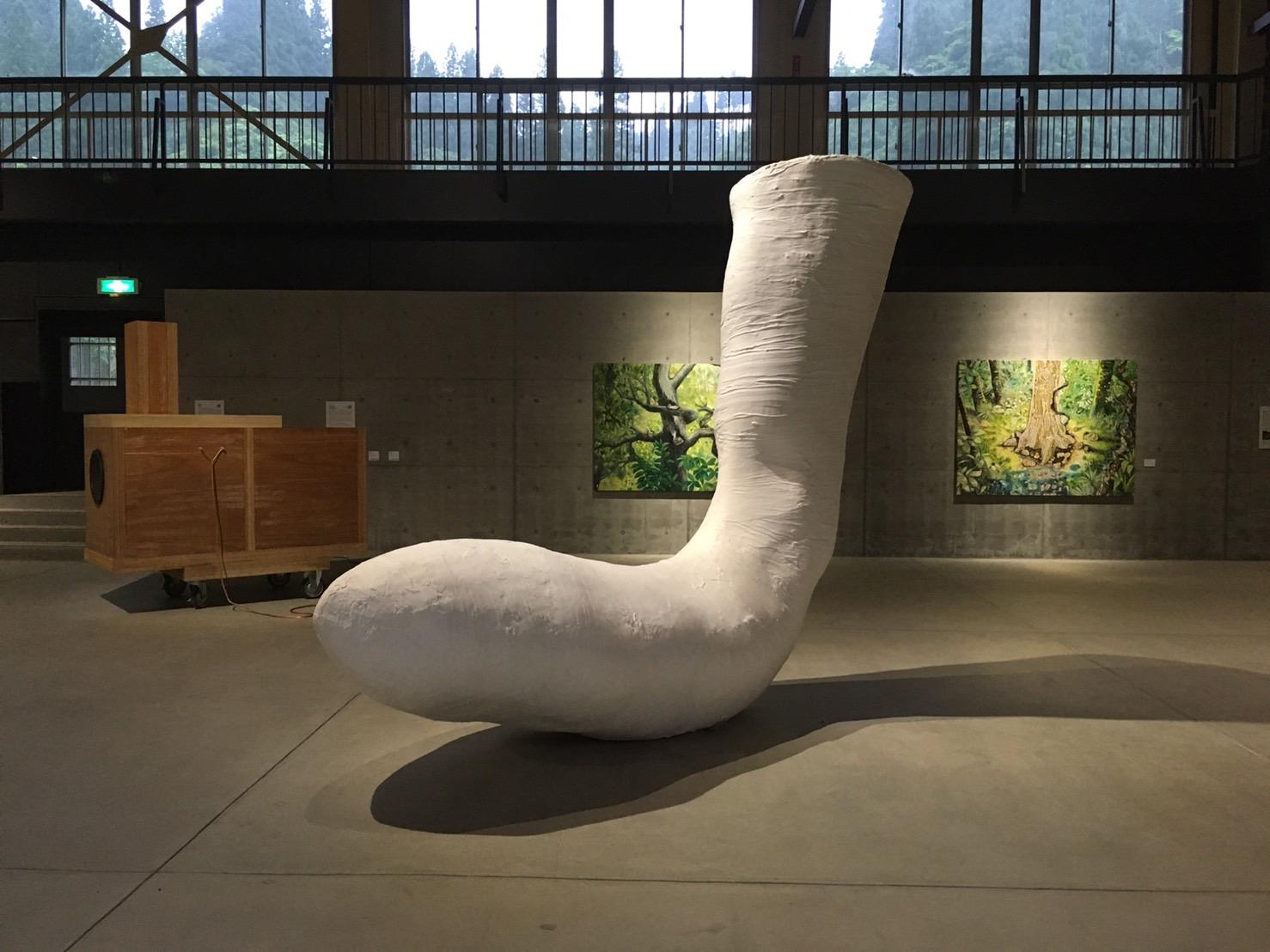 Works of other artists are also exhibited. Please click below for further information.
大地のコレクション展出品作家