Art Front Gallery is pleased to announce the solo exhibition of Leandro Erlich.
A Device to Observe the Real

Leandro Erlich questions viewers’ senses of ‘reality’ by offering unexpected combinations and relationships. For the past few years, his interests have centred on reorganizing the meaning of things used in everyday life. He is especially concerned with items wh ere forms manifest themselves in functionality. His new work Laundry , lines up six spin-dryer windows. Dryers take their expected form from their function in drying clothes. But Erlich’s dryers, in fact, are without clothes, and the windows show videos of spinning clothes. The action of laundry is a fiction. The moment viewers notice this pure absence in the window, they start a quest for real meaning. Previously people had never interrogated the sense, or existence, of dryers, but Erli ch dexterously causes a blurring of recognition, and an ambivalence.

Another example is his Elevator Maze. By pulling viewers’ bodies into the space of the work, he creates a situation in which they are forced to question reality. When doors open and a viewer enters the lift cubicle, they notice the presence of a neighbour ‒ something no rmally impossible. They see‘someone’ next to them, but not in the same space. Erlich has p ositioned two rows of three cubicles, side by side. When all are occupied at the same time, cognitive dissonance reaches its climax. A gap is created between our established knowledge of what an elevator should be, and what Erlich shows us, making for a non-corresponding of experience. Drawing conclusio ns about reality on the basis of things seen is what Plato criticised in his Allegory of the Cave. Some of the interior elevator walls are also mirrored to reflect the viewer. The person inside does not go as far as to question their existence, since they see their image on the mirror. It is ironic that reality is established by a mirror image, which is actually an anti-material form. 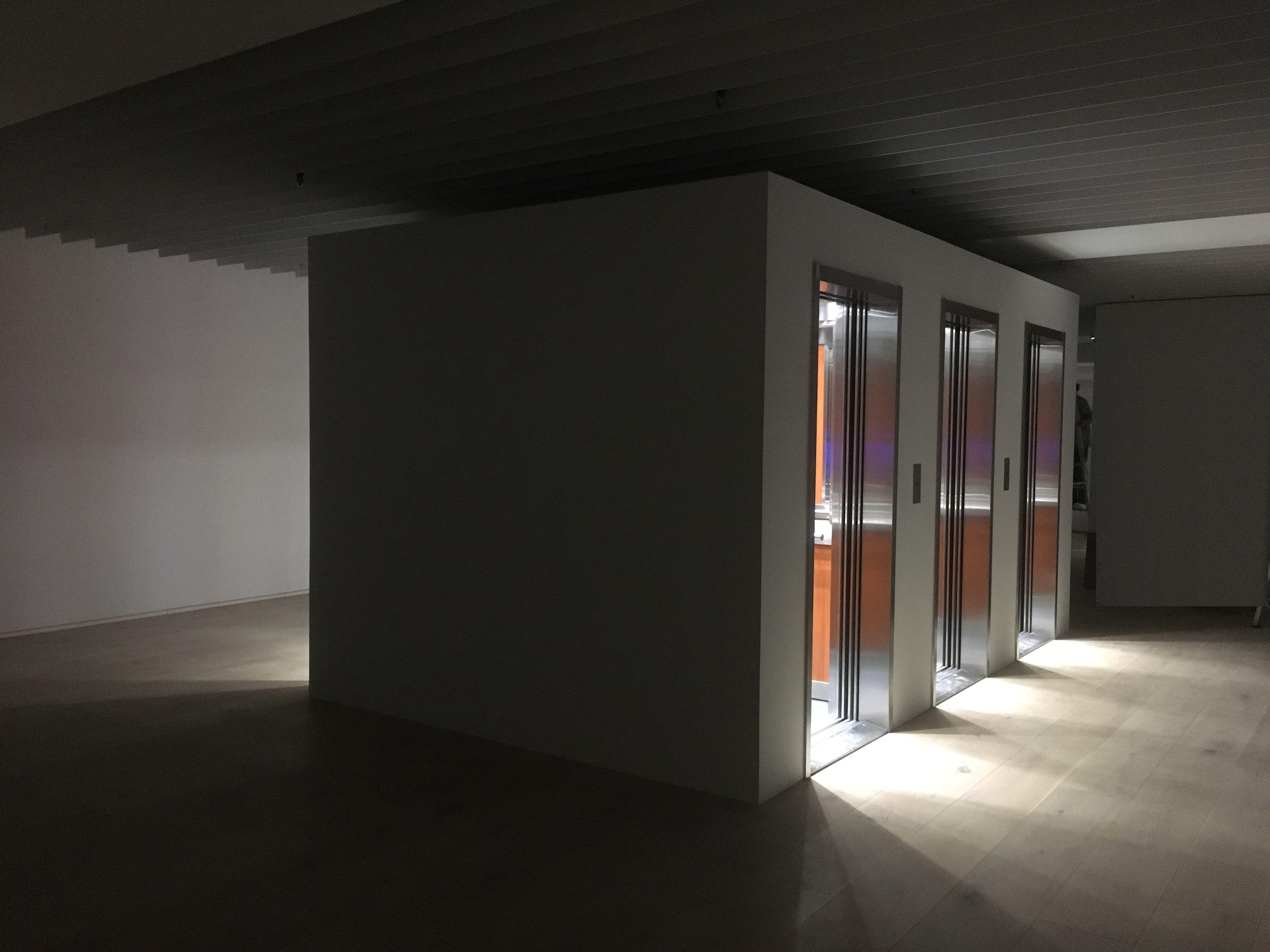