We are pleased to introducing Tadashi Kawamata's Artworks from both past memorial projects and Latest project.

Tadashi Kawamata has a longstanding relationship with Hillside Terrace in Daikanyama and conceived Starting over, Under Construction, a rooftop plan on such basis. The maquette style using balsa wood on plywood in axonometric is credited with Kawamata, introducing the audience to the perspective of structure. Approaching the surface of the maquette, one will discern the subtle overlapping of the timbers, seemingly the forest of balsa. This viewpoint might be the third point of appreciating real installation, after first view from pedestrian bridge and second view acquired by climbing up to the rooftop of the building.
Kawamata, having realized a number of overseas projects, focused on the cityscape of agglomeration of Tokyo this time. He stated that he wanted to cause a stir in "revitalization" of the desert-like Tokyo through art which surpass the border of what people are used to see. In his eyes, Tokyo today is losing its charm or being taken over by the provinces and he would like to revenge it with his legendary project of Under Construction in 1984. The newly created maquette represents the essence of Hillside Terrace, its grey bare cement in geometrical structure. Even nearly fifty years it maintains the serene modernist clarity serving here a three-dimensional canvas for the latest installation of Kawamata. The maquette is therefore the witness itself of the whole process of creation. 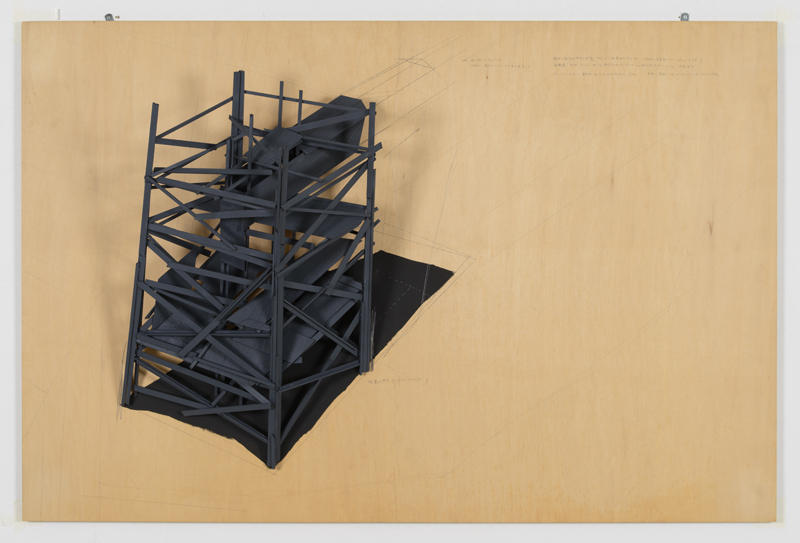 In contrast to the city area of Daikanyama, the Coalmine Project developed in Tagawa in Fukuoka a town which used to thrive with coal-mining industry before war, but has much changed its appearance since then. Kawamata's project there, beginning in 1996 through 2006, set for symbolic tower with the local timbers collected from abandoned railways. The tower in coal color stands straight in a broad field, and was suggestive of coal pit, leading us not only to the coal itself but to the past industry of modernization of Japan. The completed tower of Kawamata was a new symbol of local community of Tagawa, and people gathered around it for dancing in summer festival or in other seasonal events. 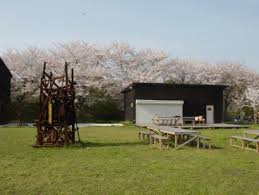 The maquette is signed and titled by the artist as Coalmine Project Tagawa, Plan 6 and is dated 1996. This piece is one of the initial plans of the ten-years-project, the very first step for Kawamata for his Work in Progress in Japan. 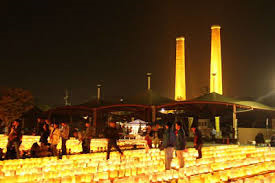