Tadashi Kawamata : Starting Over, Under Construction

Art Front Gallery is pleased to announce the upcoming exhibition Tadashi Kawamata : Starting Over, Under Construction.

Tadashi Kawamata starts over Under Construction he partly realized in 1984 (The original maquettes and drawings will be exhibited as well) . This time, he conceives a rooftop plan onto Hillside Terrace inspired by the skyline of European city and especially by the viewpoint from the pedestrian bridge which will be demolished this year. We hope that you will enjoy the view from the bridge, and we also offer a special view nearby as follows.
★ in stormy weather, we suspend the viewing while exhibition inside will be appreciated.
Gallery is closed on Monday, September 18, thank you.

Please contact by email at contact@artfrontgallery.com with your full name, email address or mobile phone number in Japan.
Your preferred date among : Saturdays and Sundays, at 15h, 16h and 17h, from August 19 through September 24.
●Notice: it is fully booked, and we close the reservation, thank you.
Note: Please come in casual ware, no high-heal, no skirts for the temporary staircase. In the rain, we may suspend the program without notice beforehand.

Since the first year when Art Front Gallery started organizing exhibition in 1984, Tadashi Kawamata showed was involved to show “Under Construction” exhibition. Art Front Gallery has been working many years with the artist since then, organizing solo exhibitions of the artist at the gallery till mid-nineties, working together for public commissions and Echigo-Tsumari Art Triennale. Recently, Kawamata was also involved in exhibitions which Art Front has worked for artistic curation, such as “East Asia Cultural City, Nara” (2016) and “Japan Alps Art Festival” (2017).

Back in 1984, Tadashi Kawamata worked on a large-scale installation “Under Construction” using lumbers at Hillside Terrace in Daikanyama, Shibuya, Tokyo. Using the opportunity of renovation construction of the building itself, the project was meant to expand to the whole building complex and to be exhibited for a while. It is hard to imagine of the impact to the city that the project brought at that time in the 80s from our eye today when we are able to find temporary art exhibition within the real-life situation in cities. The project had to be removed in a week by the objections from the shops nearby.

Since 1999, Kawamata worked as a jury member of the Daikanyama Installation biennale exhibition which was a pioneer exhibition in Japan held in city corners outside any gallery space.

The exhibition was held until 2013 when they decided to stop the exhibition as they have already reached a certain goal to introduce a possibility for art to incorporate or to react to the already existing sites in the city. Seeing the situation of the status of art being familiarized within the city scape, the artist frequently thought of what he himself would do if he was not the jury member.

The exhibition plan started initially as a “revenge” exhibition of the lost “Daikanyma Installation” exhibition. Adding the his experience from “Under Construction” exhibition in 1984, chosing the same building he worked in 1984, the artist is trying to update and search for a way how art, city and the specificity of the site can combined today.

In this 30 years, the city environment, in Daikanyama has changed. He says that it is very important to consider this change of environment, as well as how the relation of site and art has changed today from the past. Kawamata came up with a plan to work on a rooftop plan for hillside Terrace, which can be viewed from a pedestrian walking bridge to cross a street. The bridge is announced to be taken away in one or two months after the exhibition by the metropolitan government by the long petition of the residents and shops. The artist’s idea is to work with temporary project which is created based on a viewpoint which would be lost forever. The artist is also intending to let visitors go up on the rooftop on a certain day. In the gallery space, drawings and models from the 1984 exhibition would be presented along with the works based on our new rooftop project. The exhibition will be the new starting point to connect the work and city after its first adventure in the 80s. 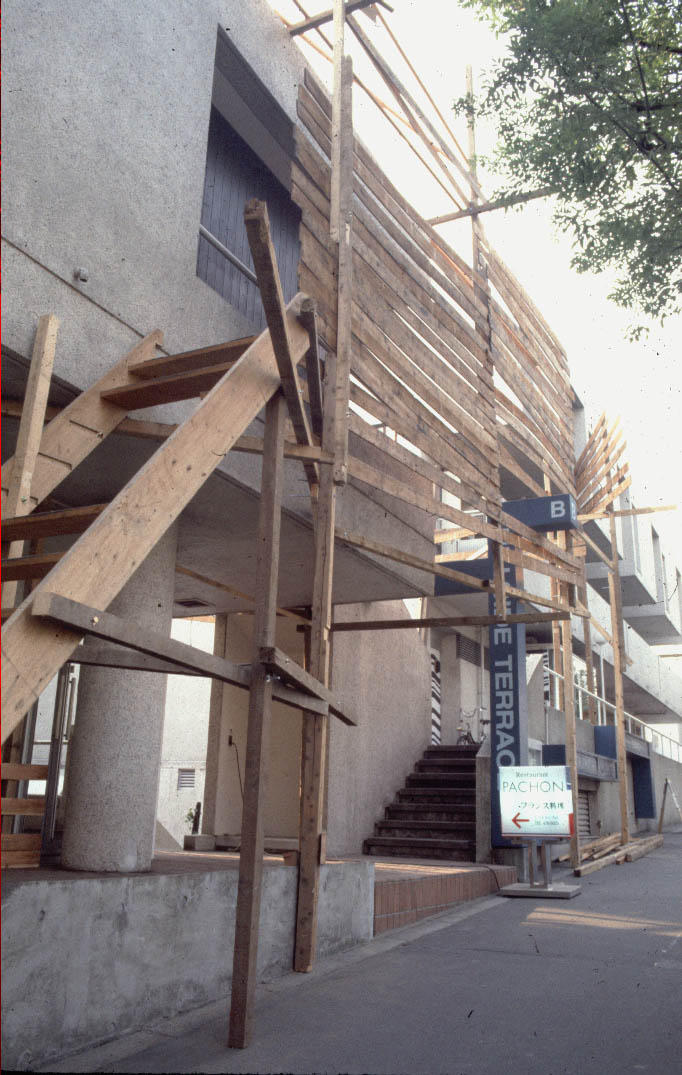 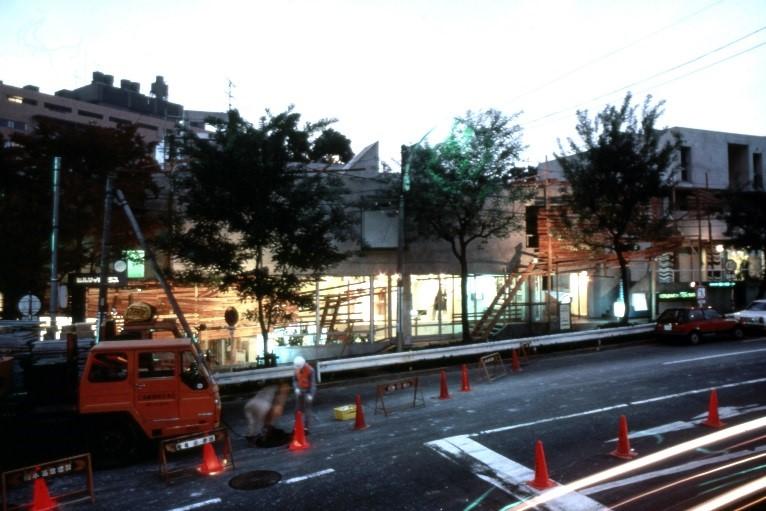 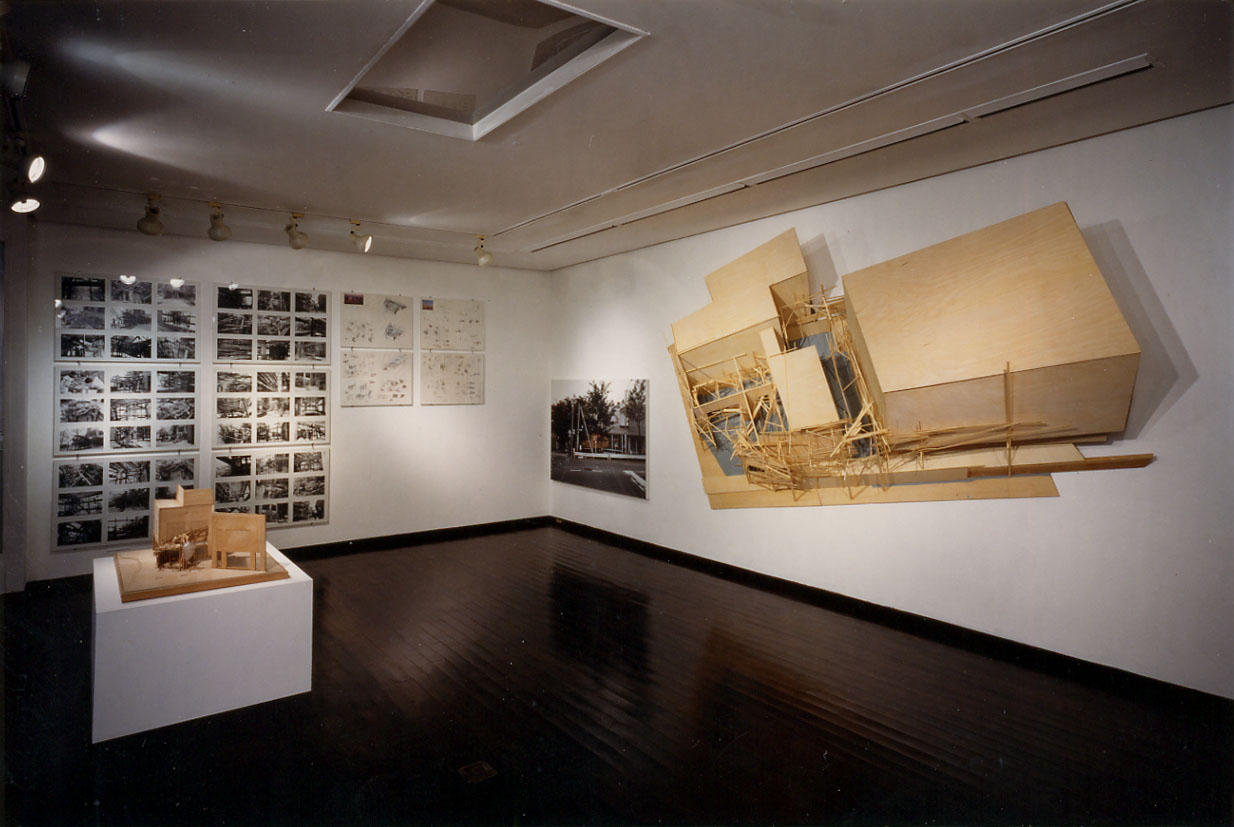 In 1984, Tadashi Kawamata produced an installation for Hillside Terrace in Daikanyama, titled Under Construction. He had hoped to cover the building with timber, to coincide with actual renovations, but the tenants complained. They objected that his work would hurt their businesses by making people think they should not approach the site. They demanded the project be cancelled. But just before this happened, the installation was photographed for a weekly magazine attracting much attention, at which point the tenants changed their attitude, and agreed for the installation to remain as it was.

Kawamata then moved to New York and became successful in the USA and Europe. He altered the title from Under Construction to Work in Progress, producing a series that would determine his direction thereafter. In that sense one can say that Under Construction became a monumental project, functioning as the turning point of his artistic life, though the project itself, of course, was far from being a ‘monument’.

Thirty-three years have passed, and Kawamata is twice the age he then was. Once more he challenges us with an out-door installation at Hillside Terrace. It feels like a ‘revisited’ project for his uncompleted Under Construction, stopped half way through, so long ago. That may be part of it, but it is not the whole story.

From 1999 to 2013, Kawamata served as a judge for Daikanyama Installations, a biannual out-door art competition held in streets around Daikanyama. Probably his first Under Construction was the trigger of this. Daikanyama Installations sought to discover and support new talents, as Kawamata once was, choosing those whose work connected to, or severed from, the city, as his does. It is not quite certain how many talents were really found in this way, and Kawamata himself had severe criticisms. He was obviously not always satisfied with the level of entries. He might have been thinking frustratedly, ‘I would have done it differently’. His project this time, then might also be called Daikanyama Installations Revisited.

Kawamata will cover Hillside Terrace’s roof. In previous projects, he has assembled timbers in the form of walls, corridors, ceilings and huts. We have not heard of him using a roof space before. Why does he do so this time? I suspect it is related to a pedestrian footbridge beside Hillside Terrace, about to be removed at the request of local residents. Kawamata gives the footbridge its final ‘climax’ by locating his installation so as to be seen from the bridge. Once the footbridge is removed, its site will be remembered as the place from which Kawamata’s installation was viewed. Thus, the footbridge will also be, in a sense, revisited.