Harada is a painter who depicts scenery of her virtual world. Her 3D modeling with pop colors on the computerized landscape is constantly updated. It is renewed with additional elements of houses, mountains and forests. Her main issue is to showcase the relationship between these virtual worlds and the real artworks which she paints with acrylic paints. The interlocking relationship of the two invites the viewer to her original world.
This installation is composed of both two and three dimensional works. We hope you are enjoy the new charm of Harada. 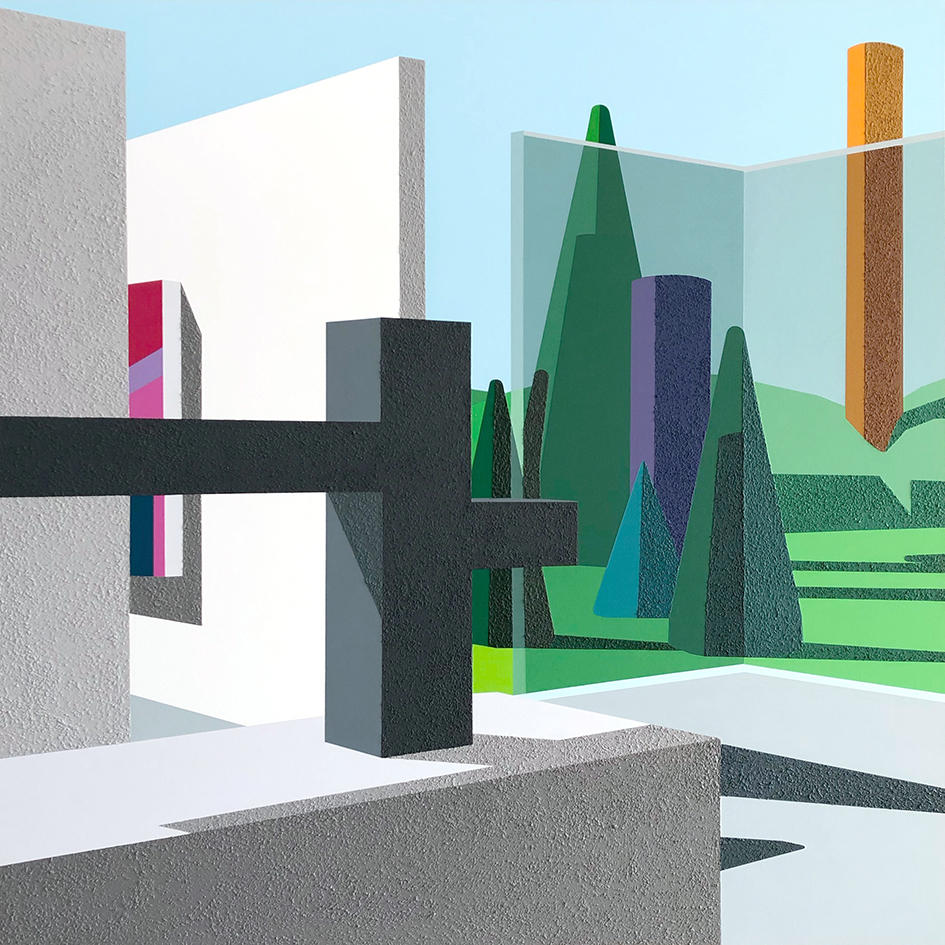 
Iku Harada is a Japanese artist, born in 1982 in Yamagata. Most of her artworks present paintings of virtual compositions are created on a computer first. From the creation process, Harada vacillates the relationships between the virtual and the real world in a dizzying game of inversion at the first sight. What makes Harada's dazzling perversion is not the world that creates the image, but the image that creates the worldview. (It's clear from her latest videos using 3D models). In The Work of Art in the Age of Mechanical Reproduction (1935), Walter Benjamin describes the progressive loss of the work's aura may be due to the rapid spread of computer 3D software, which originated the duplication and manipulation of the work. Harada's works are going reverse the movement while using computers. This is because she revives "paintings" as recreated, rather than duplicated, with pieces of a virtual image with no shining and no
depth, by the energetic charm of the vivid colored canvas. Therefore, the image is re-enchanted with sacredness, uniqueness and presence. 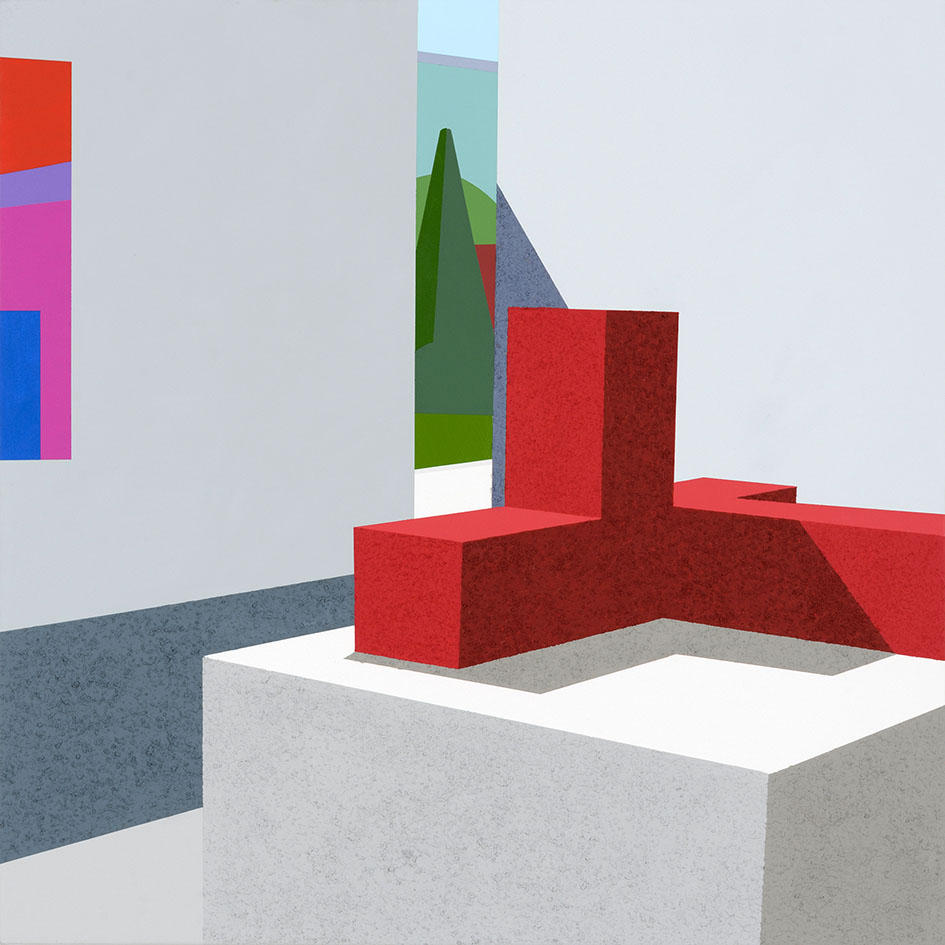 
Where Iku Harada’s works initiate the vertigo, let people floating between the anonymous scene in the computer and the livable landscape in the real word. This feeling of being both in the image world and in the real world creates a coexistence of virtual and real, constructing a world with a two-dimensional and a three-dimensional intersected, like perceptual illusions. Even more, the window motif, recurrent in Iku Harada's work, emphasizes this threshold effect, between virtual and reality. Indeed, the whole history of art is as though supported by ontological variations in the status of the painting understood as
a window. 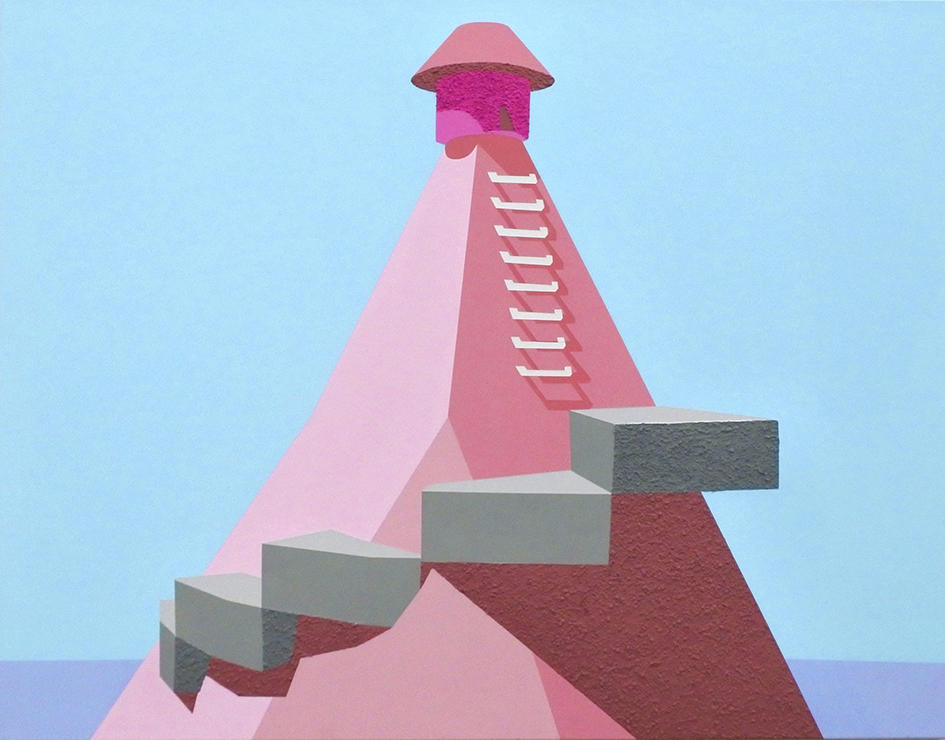 
In De pictura (1435), Leon Battista Alberti uses the comparison of the open window to capture the essence of the painting. Because of the frame and the transparency of its glass, the window is both a border and an opening, a stationary postcard and a breath of air. From Alberti to the decorative work of Matisse, or even to the concrete and humorous art of Duchamp's Fresh Widow, the windows were always with the history of art. Today, the window is more gaining attentions as a window metaphor on computers. It can virtualize the
access to an unreal world that is both more attractive and distant. Iku Harada also plays with this virtualization of a world which is always on the verge of freezing in abstract art. As if we were in perpetual balance between an open window which lets the lively outside air pass and puts us back in contact
with things and their presence and a fearful distancing which freezes
the world in an abstract form and in remote color mosaic. 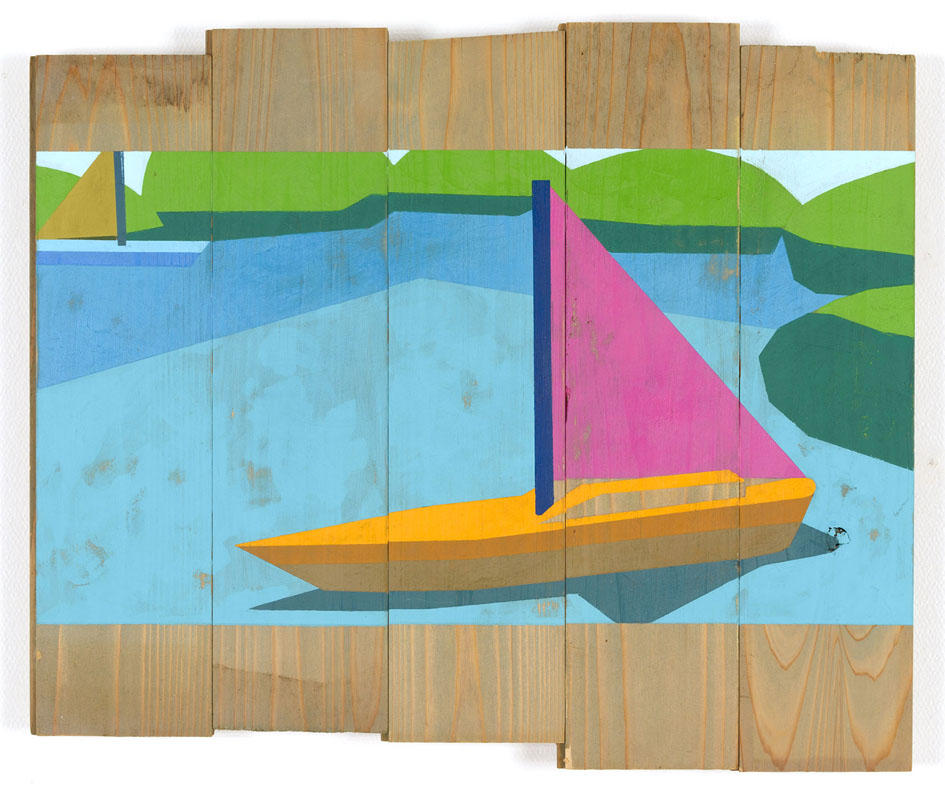 
Iku Harada’s paintings tell us how ambiguous that our position in the world. It makes us to experience the glance with bird eye, and this decreasing virtual new technologies. This offers us a world without hooks or roughness, where the gaze slides like a kaleidoscope on its smooth surface and let us forget that it belongs to the scene. The play of light and shadow crossing on her paintings reveals that the window can also be open, allowing variations in the air and the
circulation of atmospheres to pass through.

Harada's window arrangement reminds us how the variability in the distance we put with things from reality to abstraction, from the habitable to the distant, from play to engagement. It’s like a diaphragm always opens or closes, which reminds us that we can always move away or being in it. Whether opening the window or not is the choice of the actor and spectator should decide.