We are showing in ART SG the work of two talented Japanese artists (IKU HARADA & BUNPEI KADO).
Iku Harada is a very interesting contemporary artist who works mainly in painting. The motifs in her paintings are very distinctive. She uses the computer graphics world she has been creating for the last ten years (she calls it her inner world) as a motif, cut out from the free viewpoint that only a computer can give.
Hence, if the painting is cut out as a distant view, it becomes a landscape painting; conversely, if it is very close, it becomes an abstract painting using colored surfaces.
In recent years, Harada has also developed installations containing trompe l'oeil elements, without limiting herself to computer-generated graphics images or painted two-dimensional works.
This development has established Harada's position in Japan, and in recent years his work has been widely exhibited, including Roppongi Art Night and a group exhibition at ICC. She is currently developing a work at Shibuya Station in Tokyo.

Kado Bunpei, on the other hand, is an up-and-coming sculptor who captures the essence of the subtleties of everyday life and transforms them into works of art with his characteristic sense of humour.
The essence of Kado's work lies in the fact that by combining commonplace everyday objects like a puzzle, the original function and content of the object is displaced and a new meaning is created.
The tools and objects used by Kado appear to be part of a very ordinary everyday life. However, they are imaginary forms created at the time by the artist's own hands. They are projections of what we believe everyday life to be like. It is only when we place it next to the real thing that we realise that it is nothing more than an assumption implanted by society. What creates this remarkable situation is Kado's high level of craftsmanship, which does not allow for even a millimetre of compromise. This high level of skill, combined with flexible imagination and a playful spirit, makes their work unique and shows a truly diverse range of developments.
Recently, Kado has created a series of works based on the motif of the house, such as 'Stone Garden', which won the Grand Prix at the 2020 awards for having a garden inside a room, thereby creating a stir about the nature of urban living environments in the modern age.
In 'Landslide', a house is built on the ground made of skateboards, revealing the ambiguity of the built nature. Kado's analytical approach means that the works he creates are always bright and unique. The work is presented in a toy-like pop style at first glance and in everyday forms that can be understood by men and women of all ages. As the French art critic Clélia Zernik has commented, the 'coexistence of lightness and weight' of Kado's work 'reveals the invisible contradictions and absurdities of contemporary society', the light leaps of Kado's work have attracted attention from abroad as a social role that art can play. Kado is one of the artists with a promising future in Japan, having participated in international exhibitions such as the Setouchi Triennale 2013 and the Okunoto Triennale 2017.
Both artists, Harada and Kado, will be featured in this ART SG. 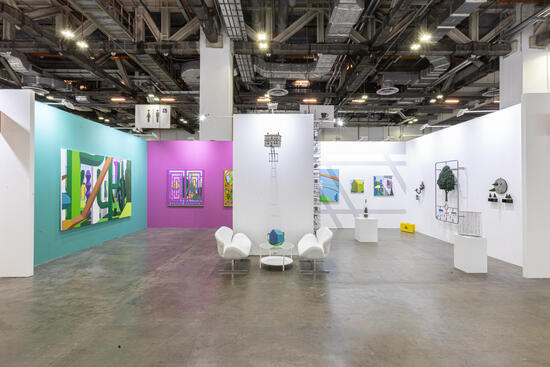 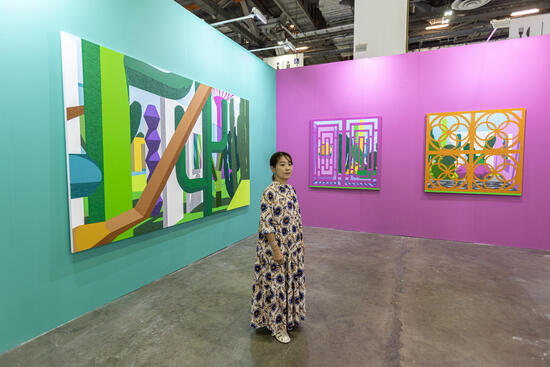 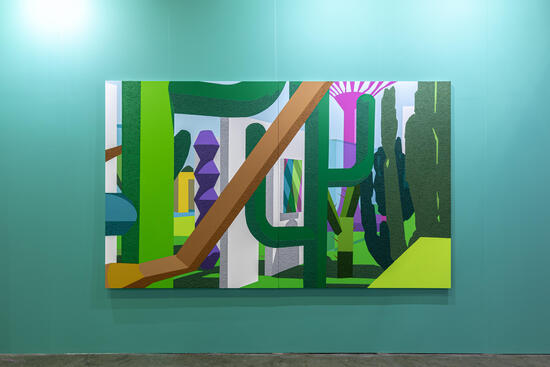 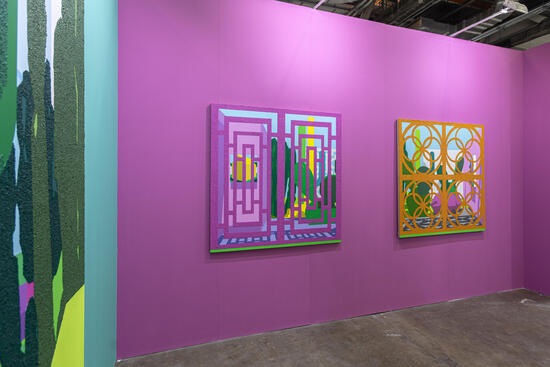 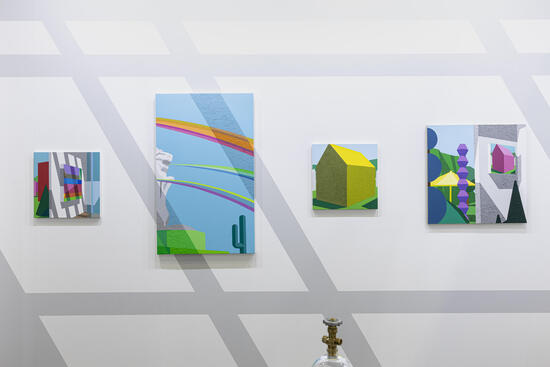 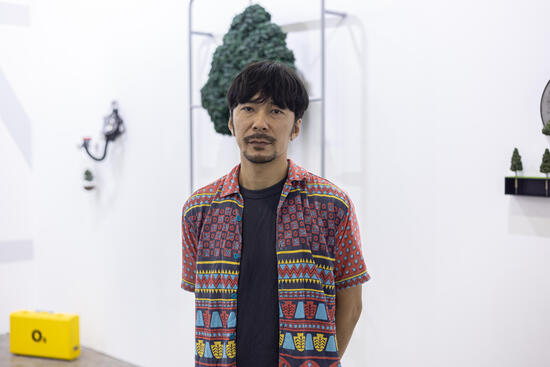 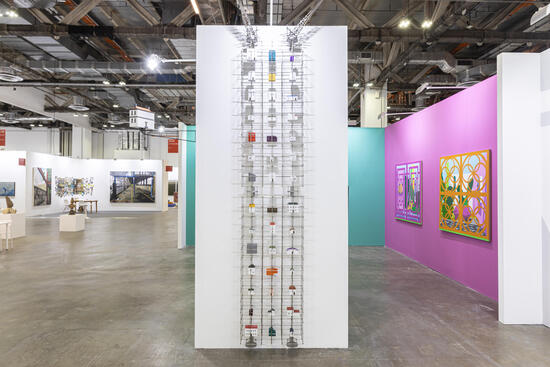 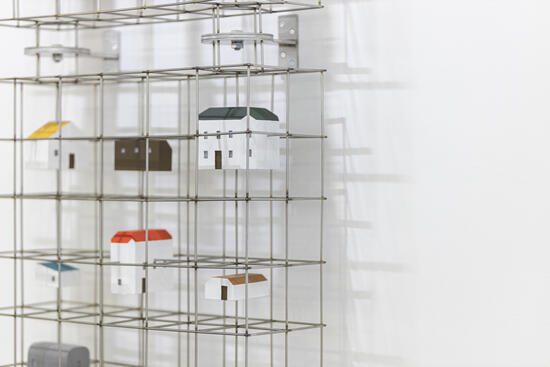 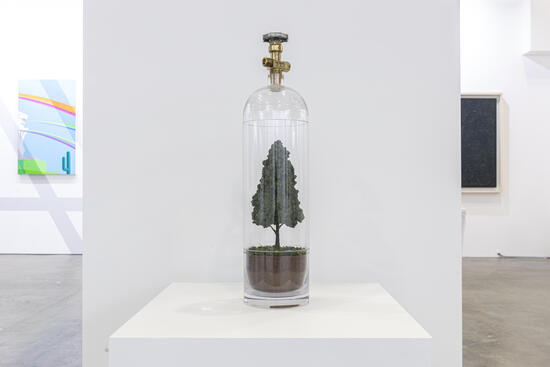 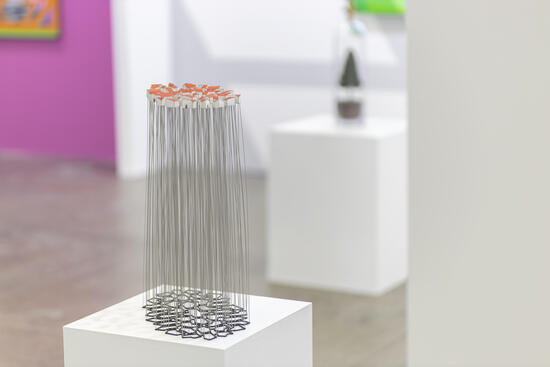 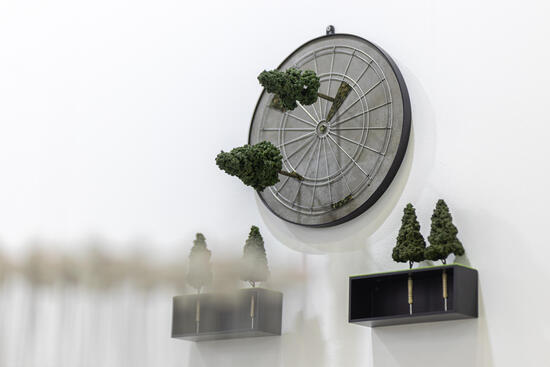 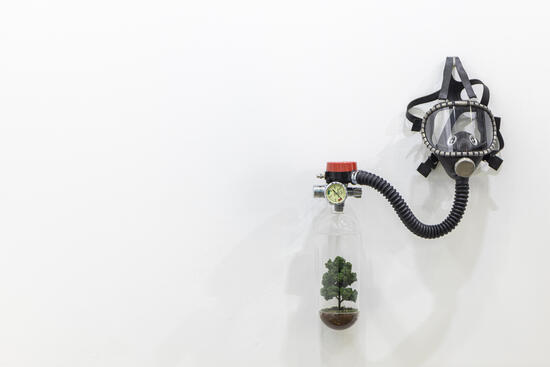 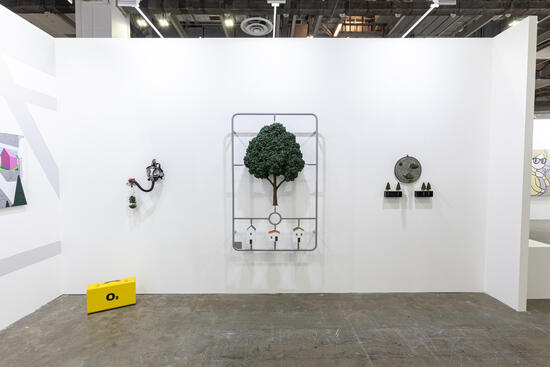 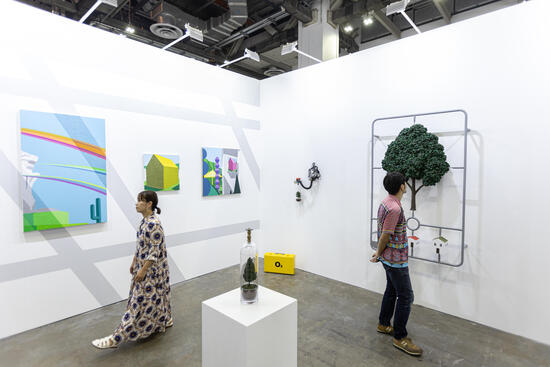