Hiroshima, from past to present 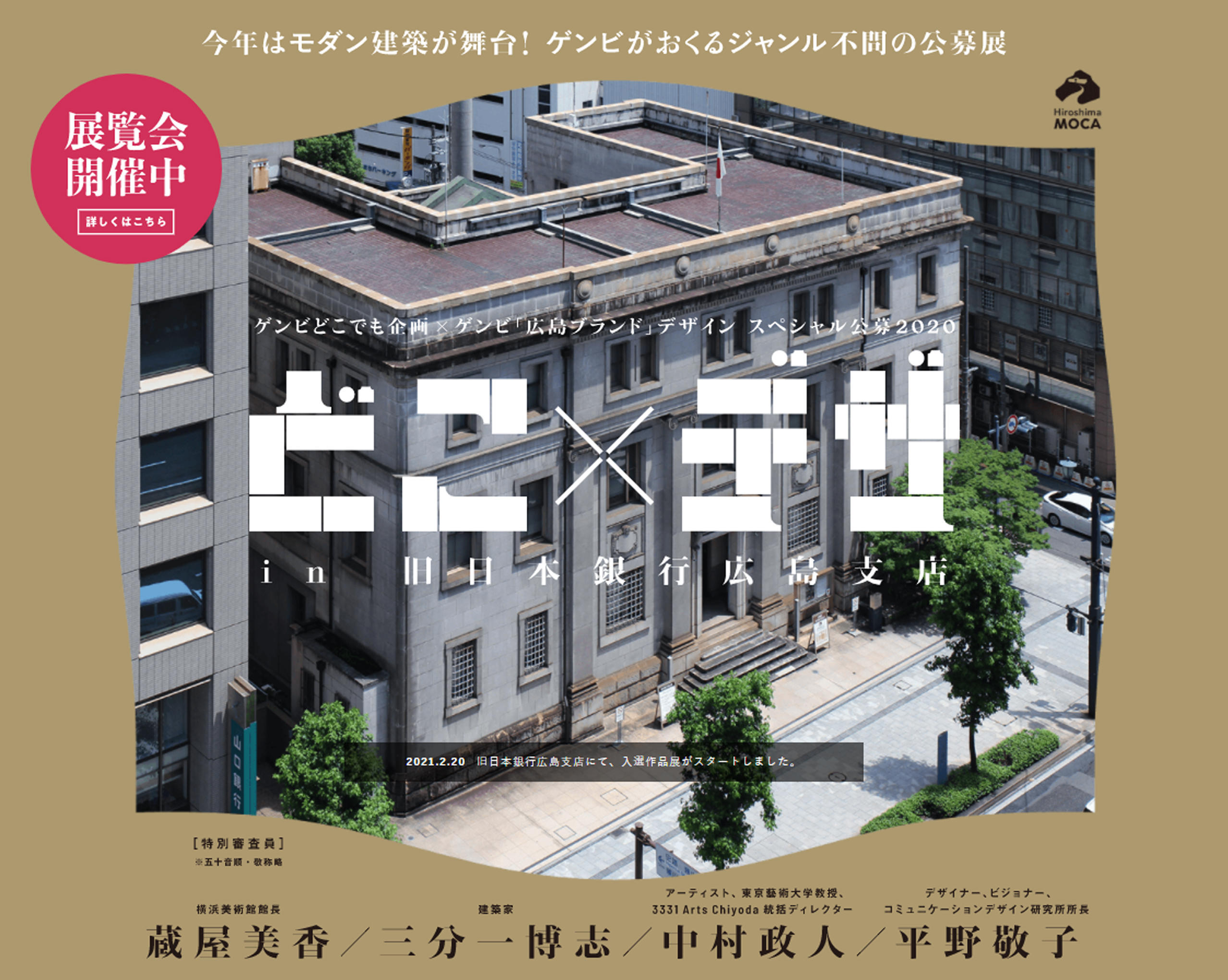 This artwork is the reinstallation of the piece awarded DOKO×DEZA art competition of Hiroshima City Museum of Contemporary Art. This competition is unique in that the selected art plan is to be realized not in the museum space but in the city scape: since the museum itself is under renovation construction, the venue for the artwork was this time the Hiroshima Branch of the Bank of Japan, which building is closely located with the Atomic Bomb Dome in the Peace Park. The building itself was atomic-bombed and the space was ready to house contemporary artworks. Allotted room was a room for interview as small as six-tatami-size, and I thought of an installation which I versioned up in the gallery. 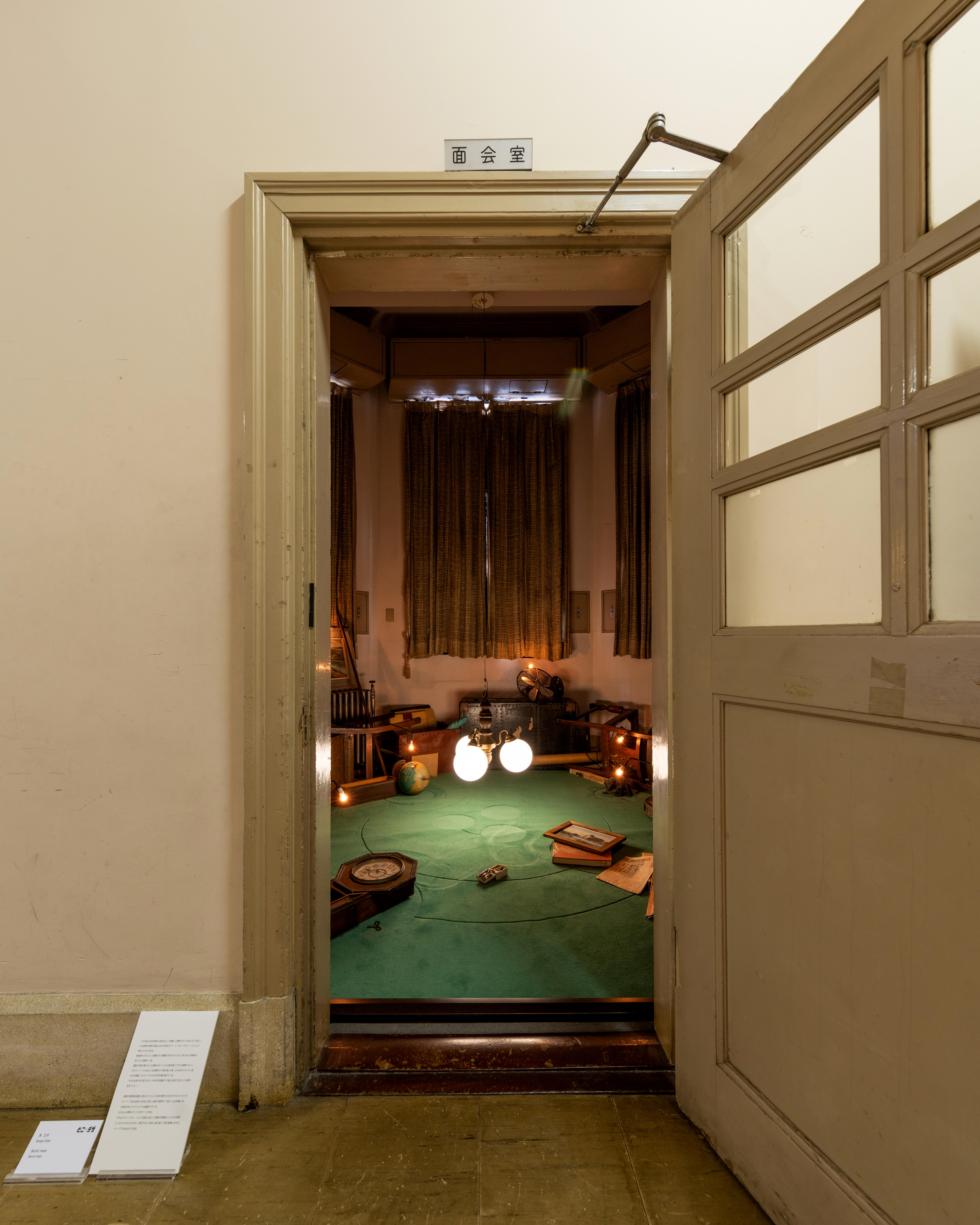 I proposed my concept to the judges in terms of creating in Hiroshima as well as of representing the atomic bomb in the creative process for myself. I was interested in how the past event has continued to the present day, so made up a fictional story f that very room just after the atomic bomb, which kept distance from the disaster taking place in the past. Obviously tremendous furniture or other objects have been scattered just after the atomic bomb where only the cleaning robot (off course not existent at that time) was working, and that was linked to my image of the future where the AI robot will only work after the atomic war. So, I created this piece on the basis that that kind of robot existed in Hiroshima. Off course this is a fake cleaner, but old enough in its texture, and its presence will mean as an alert to the present society that disaster can occur in every minute and everywhere. Instead of showcasing what has happened in the past, I am always interested in presenting the possible scenery in the future in our society which still hold atomic weapon in many countries. In the film and in the comics, the robot is always represented in large scale, whereas in my version the robot is rather small in size, and people will be conscious of such difference. To make a real atmosphere with natural introduction, I prepared the furniture fitting in the old Showa age, remaking the cleaner into the context of that old days through the process of aging. 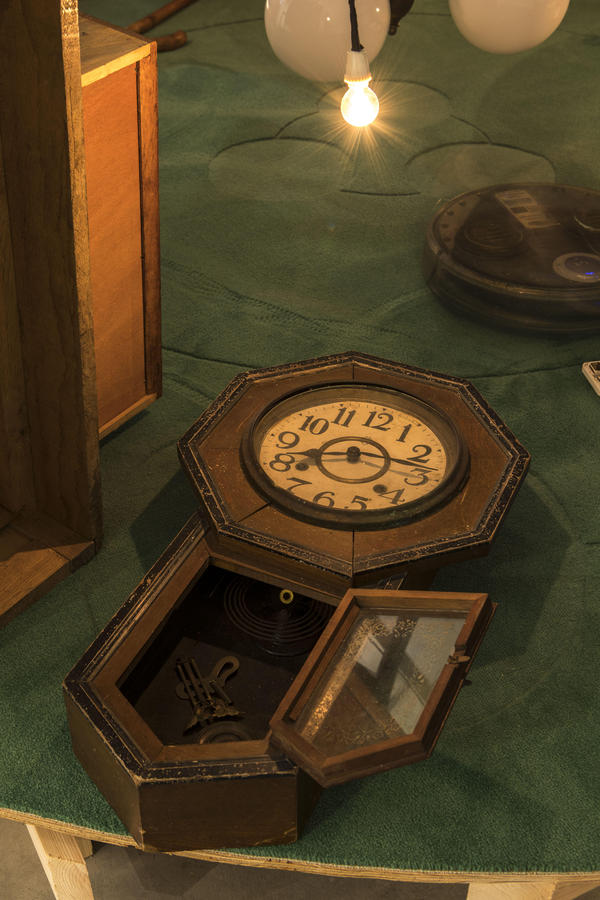 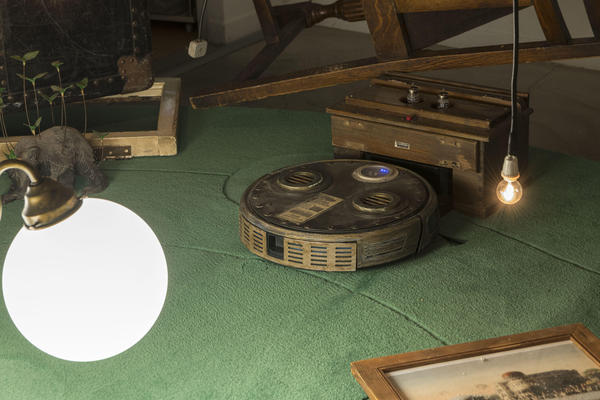 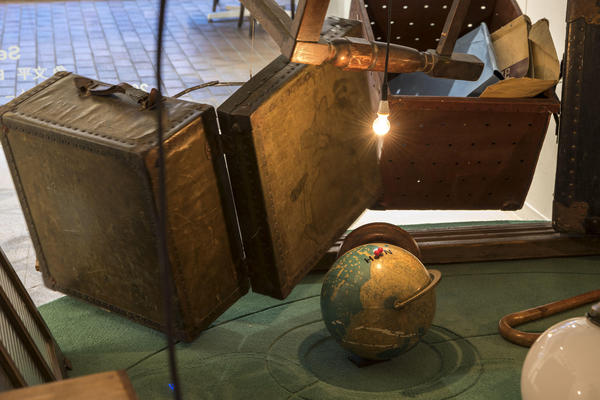 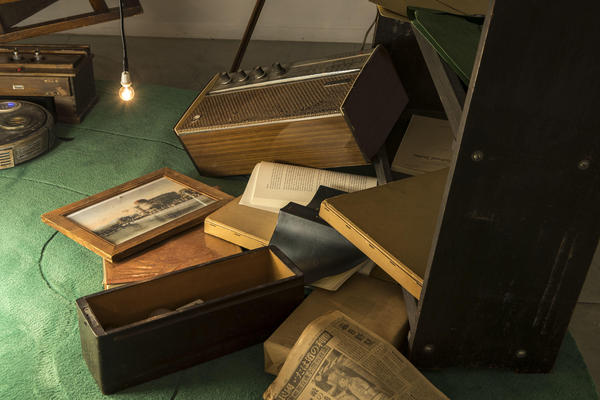 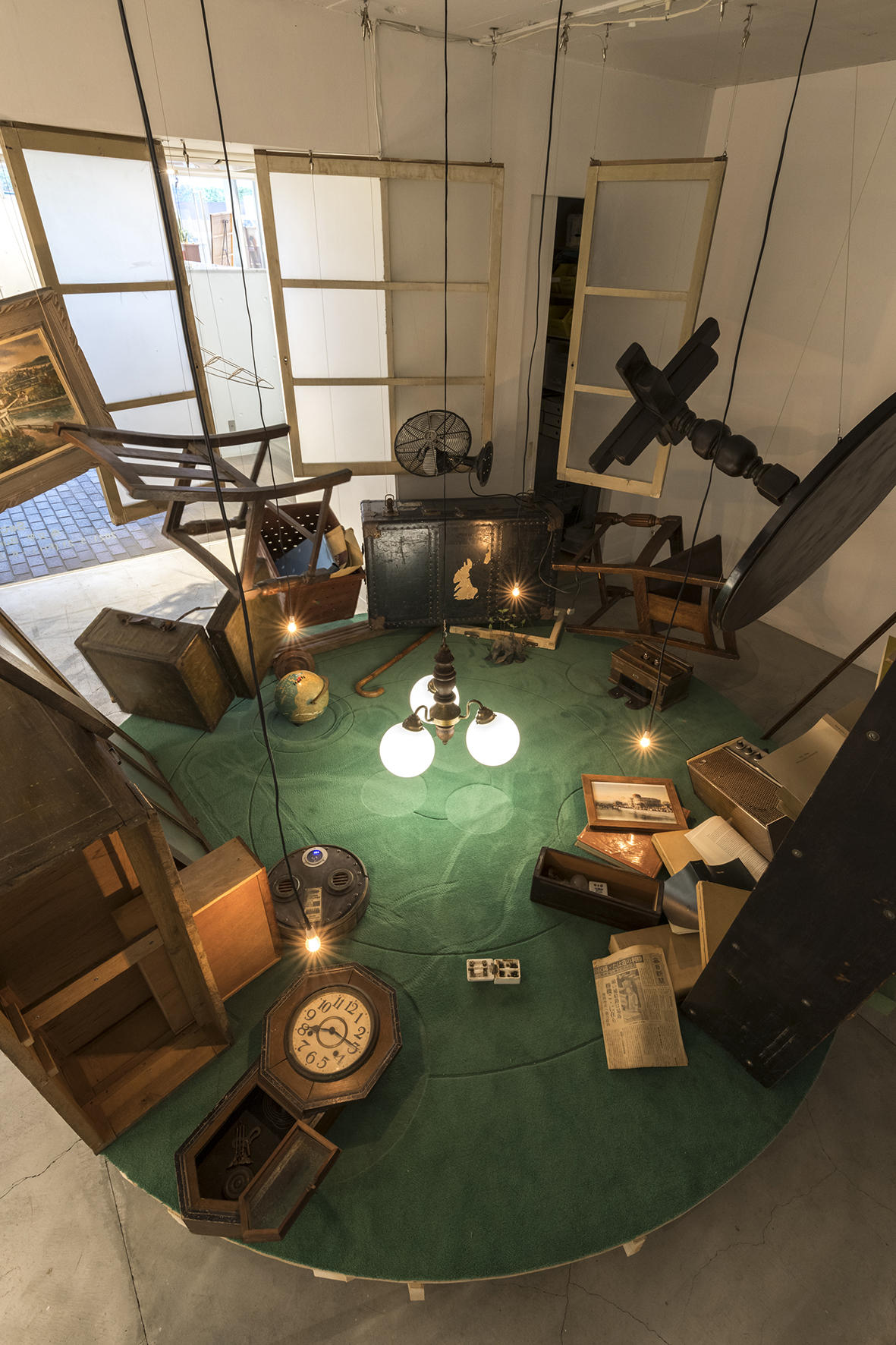 The installation view of "Secret room" at Art Front Gallery, 2021.

Crop on the city scape 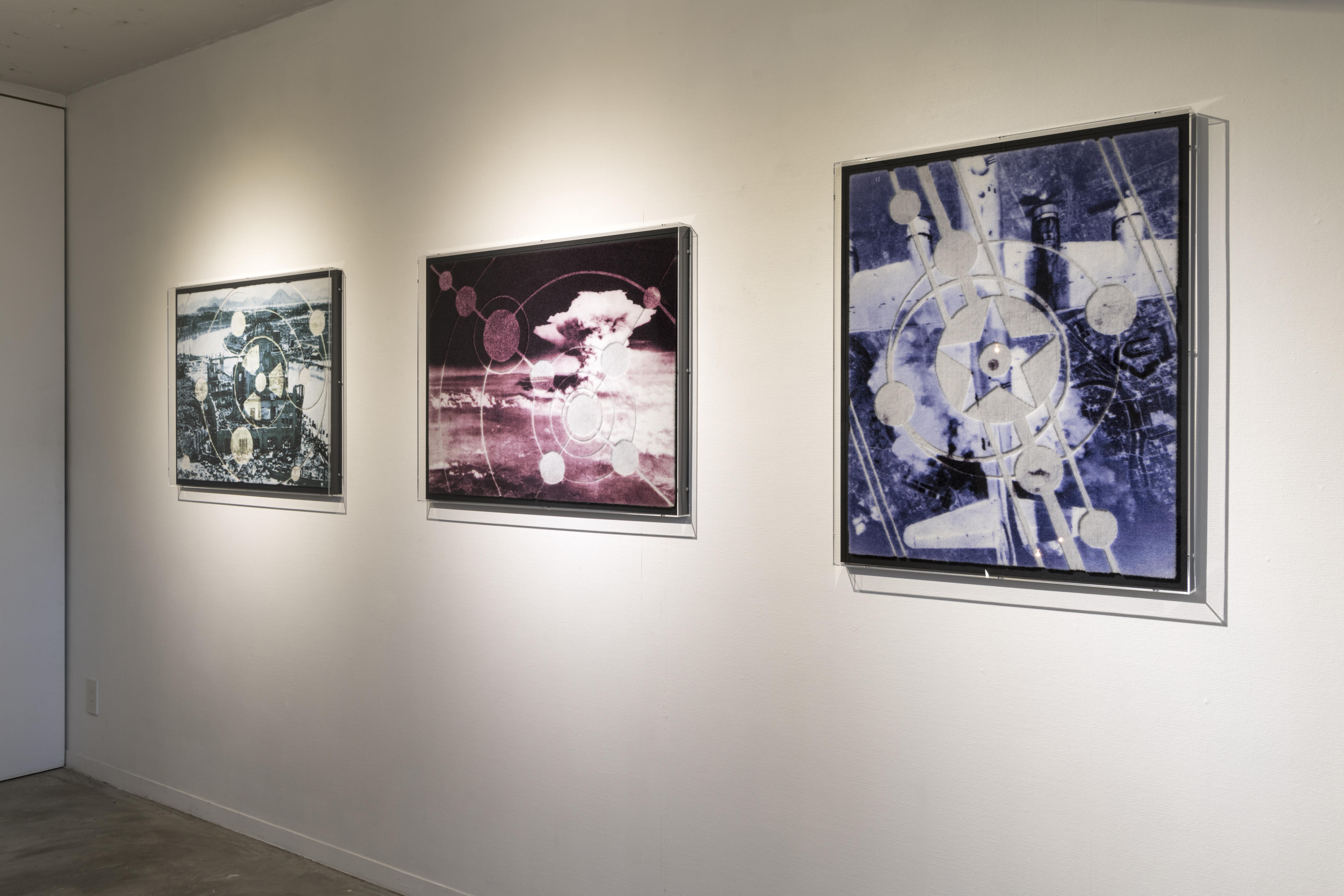 These two-dimensional works are based on the photos taken by US army, from the moment of atomic bomb, atomic cloud to the atomic dome. Strolling about the city of Hiroshima in the occasion of installation this time, I found the changing aspect of the city while there are ancient objects such as atomic bombed pomp or building though in small number. The changing aspect is represented through the cropped circle (or mystery circle) to erase or annihilate the images in the past. However, the old motifs will not be totally erased so the original city scape will remail in more or less especially with the memory of what remains still.

The photo has been inkjet-printed on the carpet on which the circle motifs are cut or “cropped” as in England tradition by electric shaver in the image of related motif to the photo such as US air force or radiation icon. 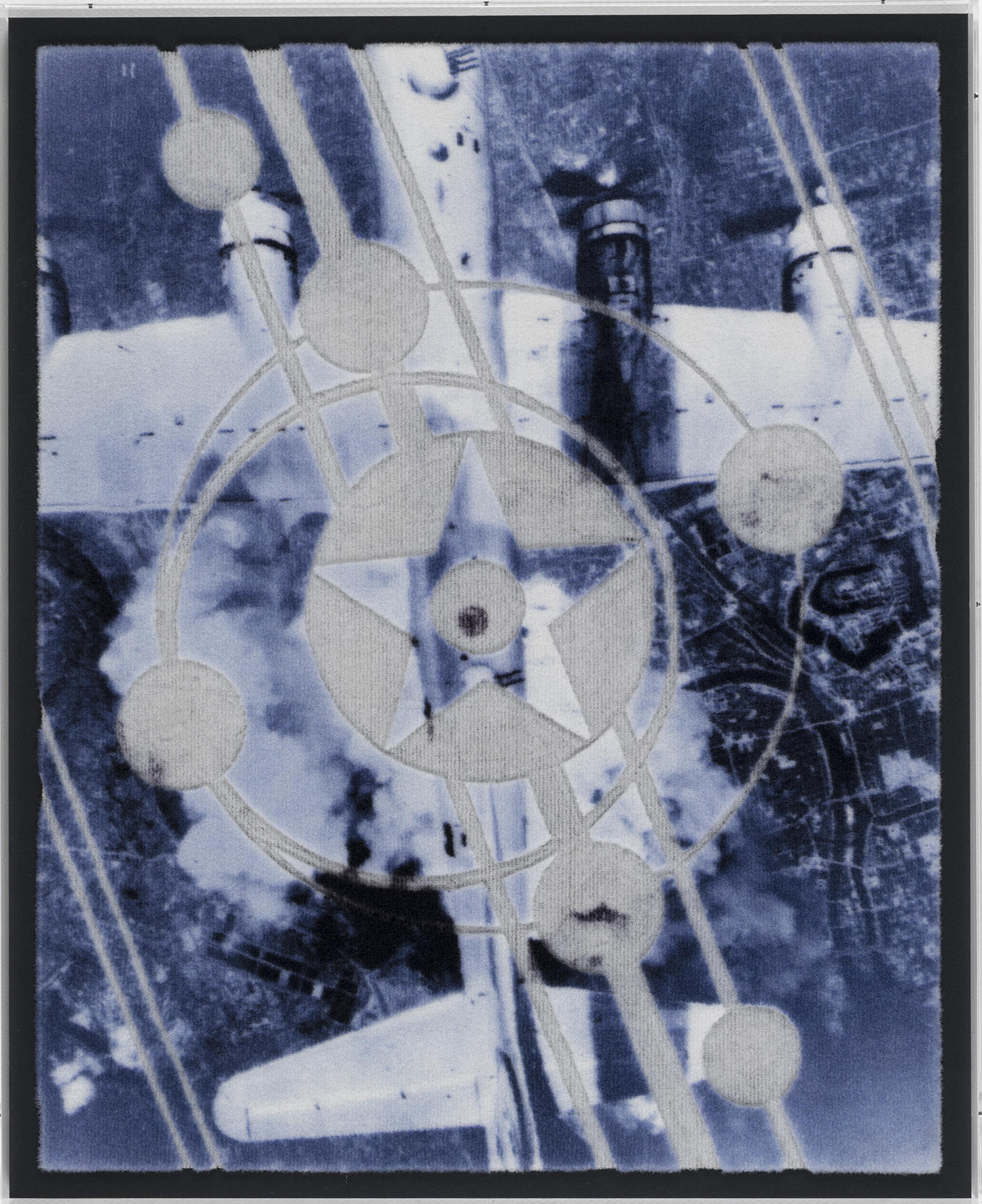 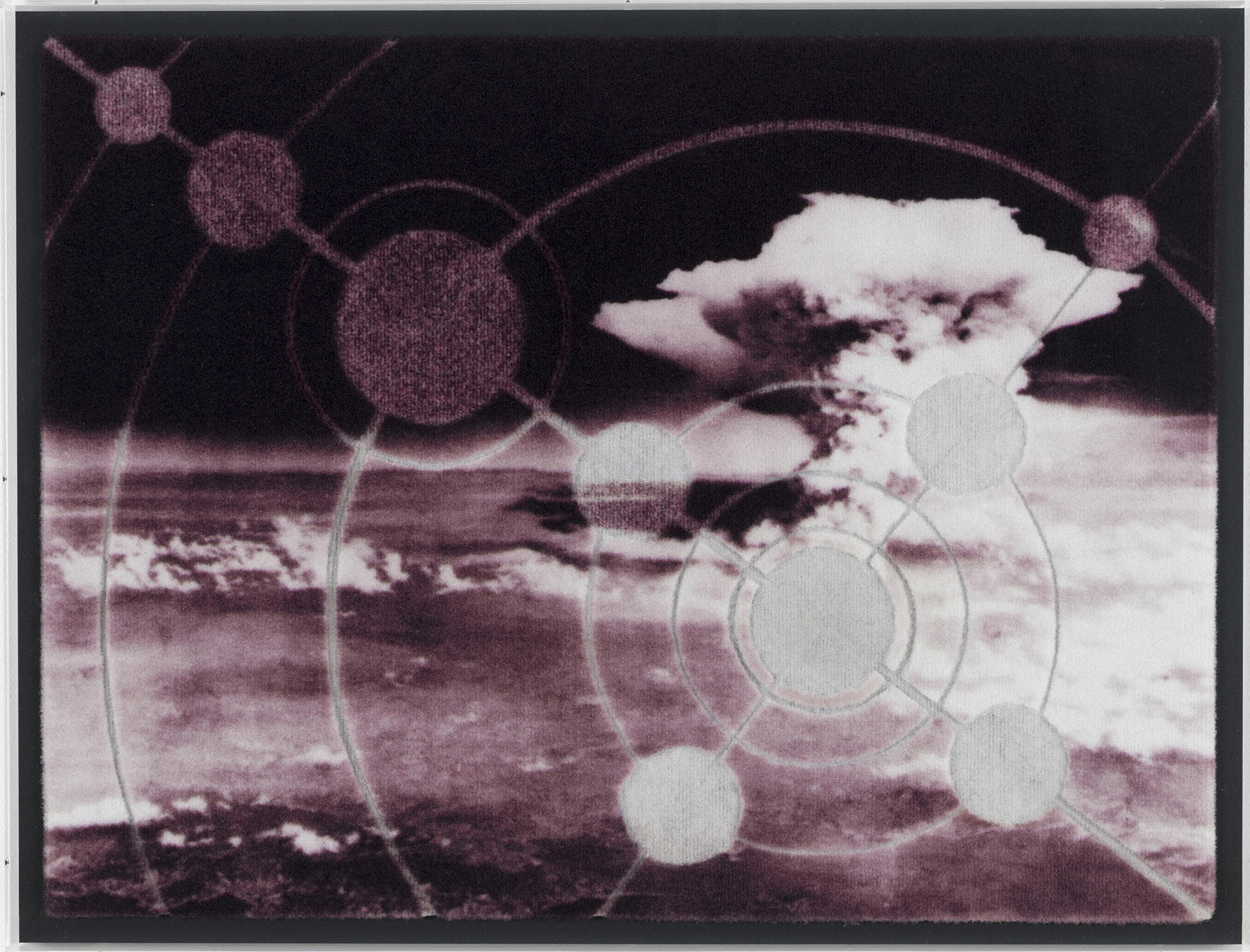 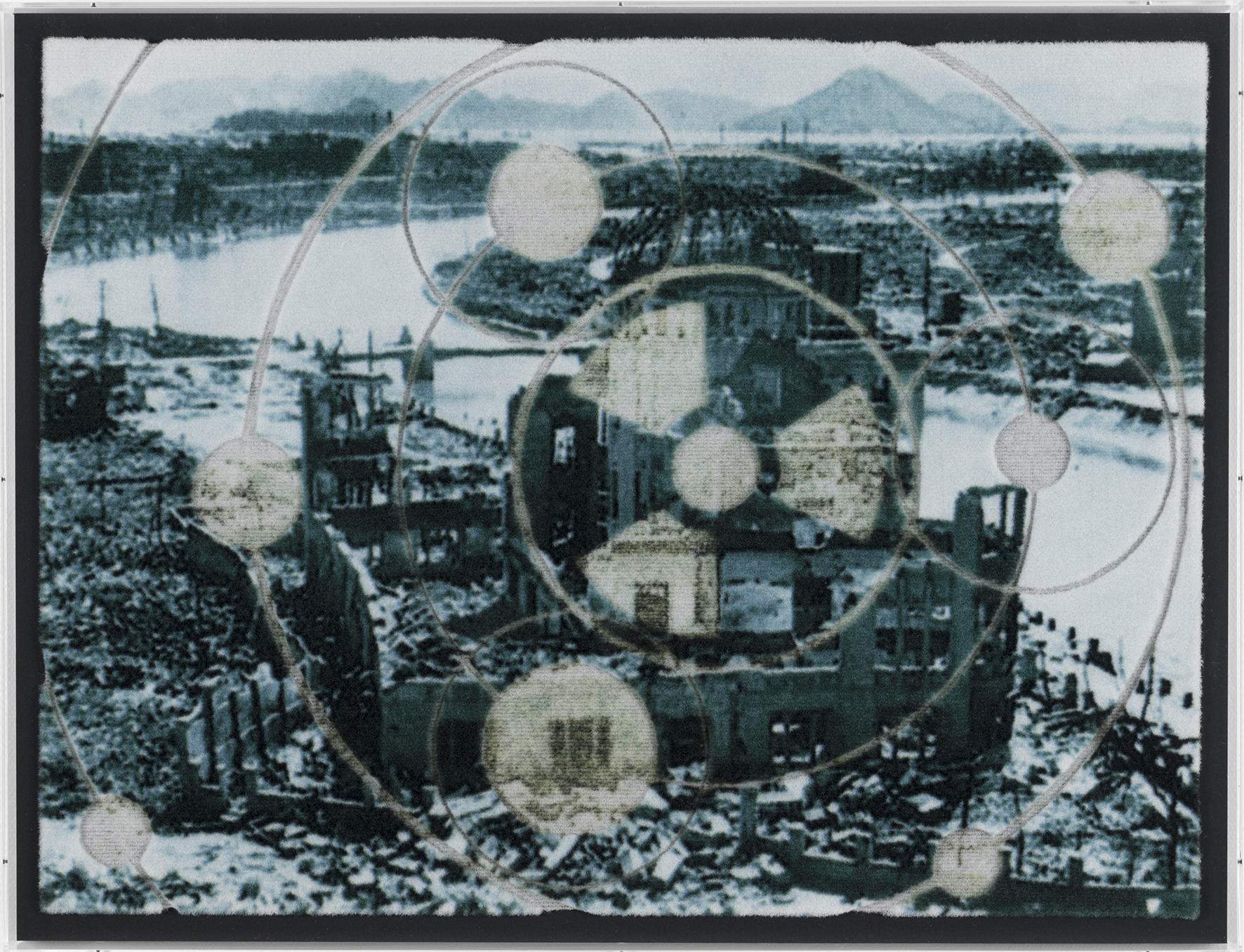 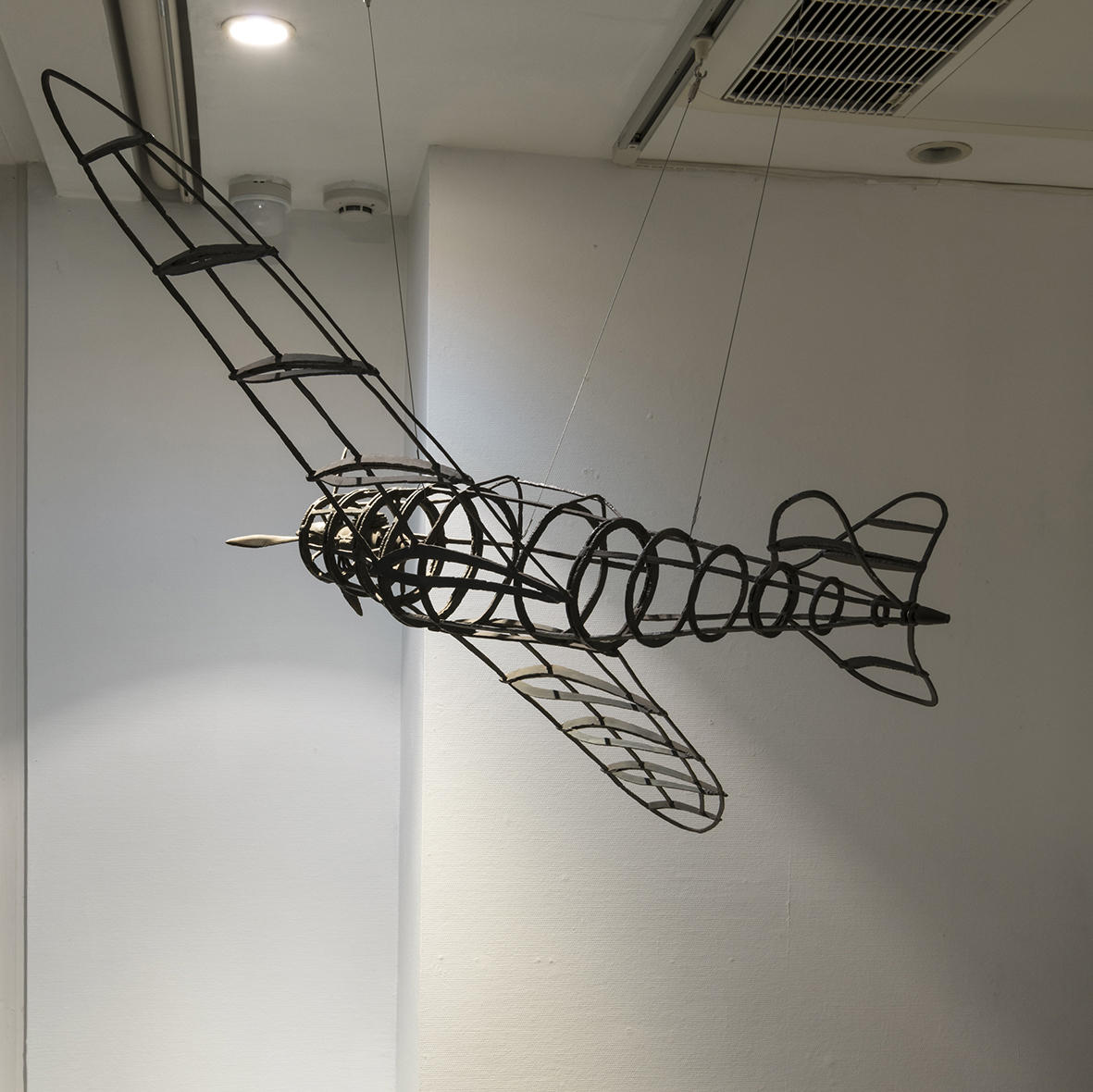 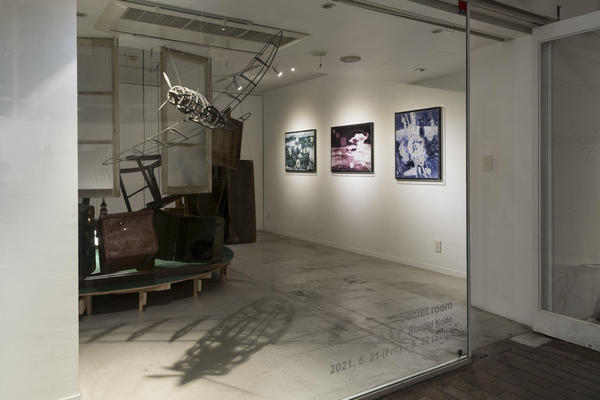