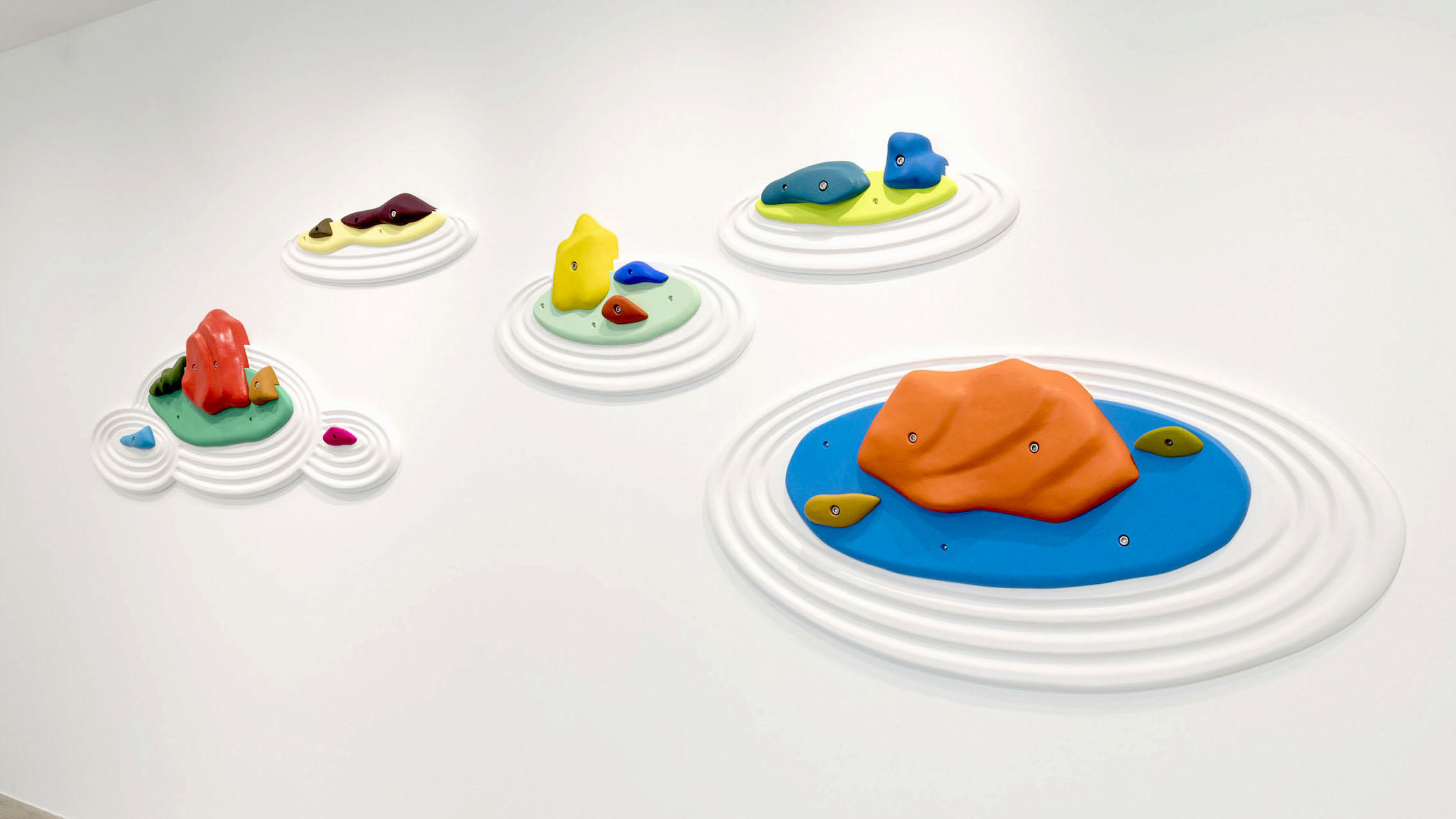 The artwork that won Bunpei Kado the 2020 Sanwacompany Art Award took the jury by surprise. The piece consisted mainly of climbing holds used in bouldering. Even people familiar with such climbing holds would, I believe, be surprised to learn that they could also function as integral elements of an artwork. Kado’s piece formed a kind of spatial structure that expressed the positions of stones in a Japanese rock garden on a single plane. The bright colors featured in the artwork, though, would never belong in actual zen temples. A strange contrast was at play: ancient Japanese culture dressed in bright, gaudy colors, reminding the viewer of the world of sports or of the upcoming Olympic Games. The movements of the body on the bouldering wall became linked with art. In 2019, one year before the Games were supposed to begin, such a well-timed and essentially ‘Japanese’ work of contemporary art came unexpected, and the judges were unanimous in their decision.

Looking at Kado’s past works, we actually find that they share an inherent strange and unique language. It is, in a way, an expression of poetic thinking. The one motif that has appeared in his works the most so far is that of the house shape. In Kado’s works, the house is not a reference to the city or to architecture but appears actually to symbolize a home for people to live in. Used as singular elements, he inserts houses into his works in unexpected ways, sometimes placed as natural parts of their surroundings, on small foundations or seemingly like nomads on a swaying ship. Other subject matter, like trees, animals or ships, is also reconstructed and used like parts in a small installation. Do the buds sprouting on top of the bear constitute some kind of irony? From his juxtaposition of unconnected elements emerges a new syntax, a new narrative. Without regarding a number of examples, it is difficult to recognize the underlying principles well enough. But once you begin to understand this language of his own, the meanings suddenly appear to change. This process feels like a kind of awakening, it comes with a moment of surprise. This new exhibition, in which he continues his previous techniques, may surely lead us to similar kinds of new awakenings. 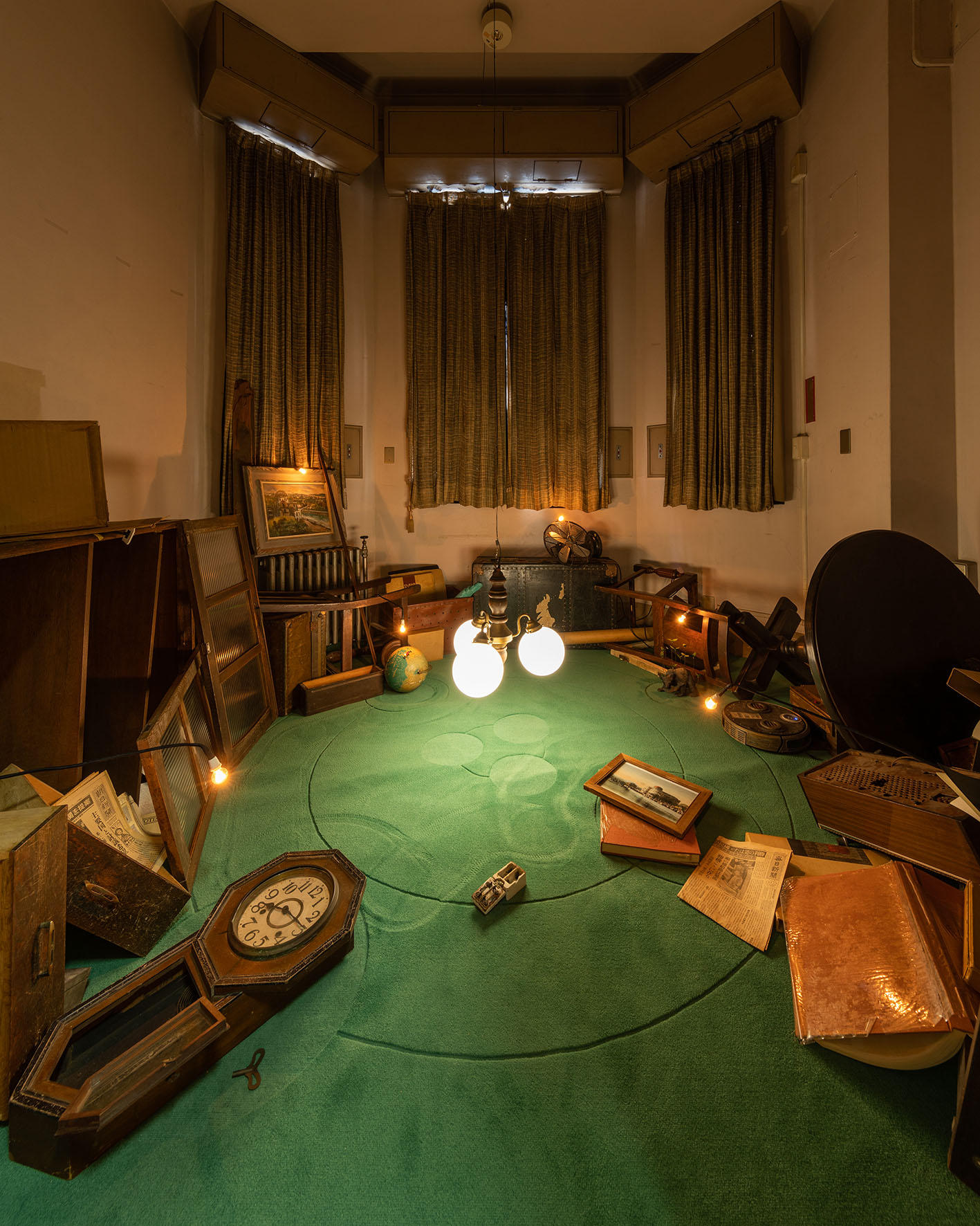