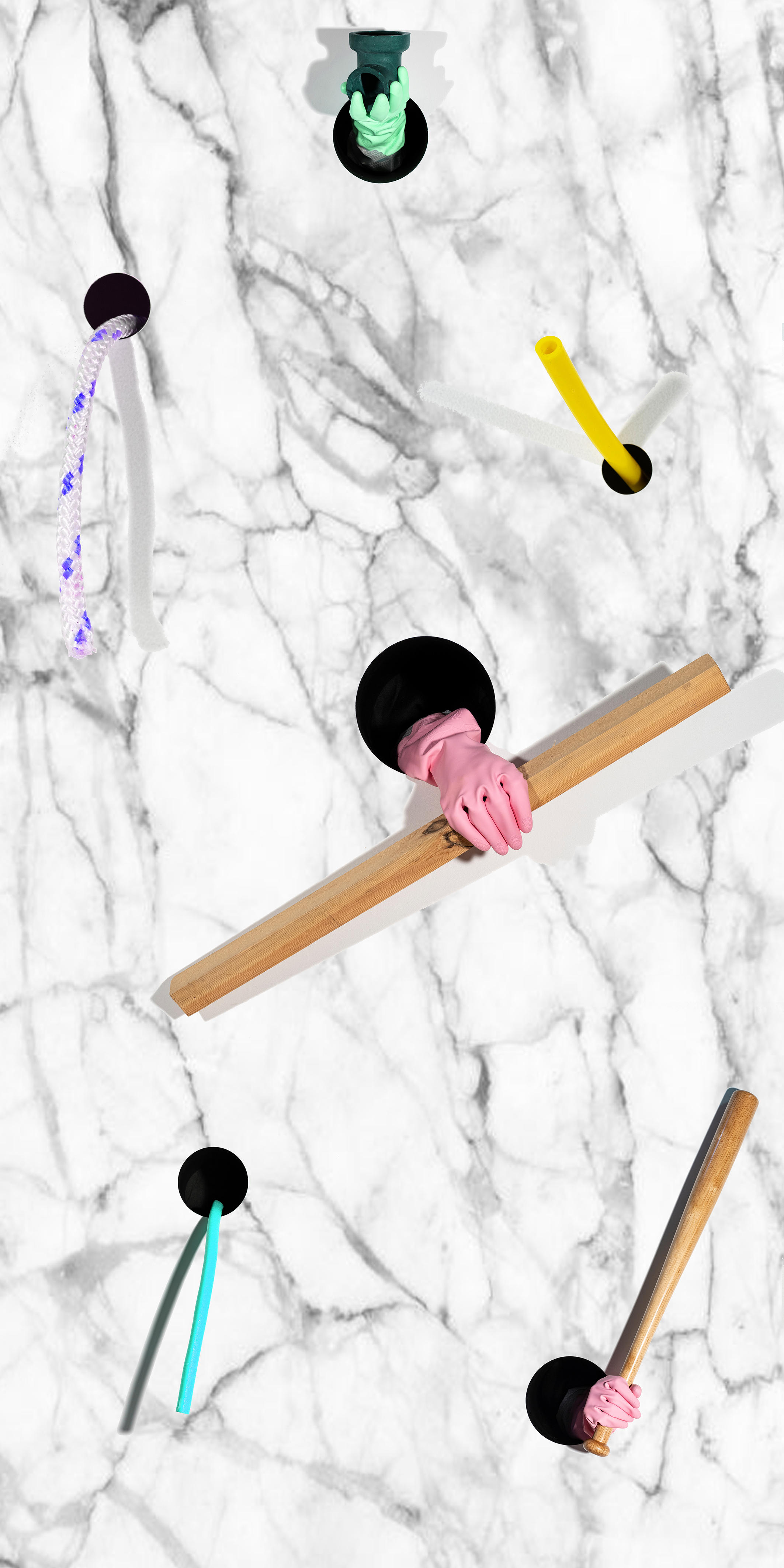 Teppei Kaneuji’s tower (2001–), a work that began in the isolation of his studio, is almost like a portrait of his own evolvement. First the drawing that superimposes his own shelter on top of masonry walls, it became a video piece in 2009 and then transformed into a three-dimensional stage setting in 2017, at which point Kaneuji began to drill holes into his tower. The presence of these holes gave rise to an inside and an outside, a “here” and” there”, and a connecting path emerged between the depth of his work and other people.

It would be fair to say that Kaneuji’s true strength are the expectation-breaking leaps of his collaborative projects. As an artist, Kaneuji’s major practice is the collage. He connects pre-existing images such as screen tones, manga and other printed matter, or combines various objects such as figurines or items of daily use, or brings together people from different media and genres, thereby creating unexpected contexts which imbue his artworks with new meanings and uses. Kaneuji’s talent shines in collaborative projects because collaborations are, in a way, collages of relations. This is particular apparent in the stage productions he has been creating with playwright, Toshiki Okada since 2011*: an intervention of language and movement by actors infuses Kaneuji’s amalgamations of objects with new meanings and ideas, allowing the work to grow beyond Kaneuji’s initial setup. Or rather, Kaneuji leaves a margin for others to add any interpretation and creates an open cycle of possibilities. Indeed, Kaneuji is a master of using holes to create connective paths.

In the 1970s, artist Gordon Matta-Clark (1943–’78) drilled holes into derelict structures in urban spaces. His signature works include Day’s End (1975) at Hudson River Pier 52 in New York; Conical Intersect (1975) using 17th century buildings about to be demolished in Paris as the Centre George Pompidou was built nearby; and Window Blow-Out (1978), for which he photographed windows smashed by residents forced to leave their apartments due to urban redevelopment. Matta-Clark’s practice changed perspectives on urban spaces, questioned institutional power and authority, and created margins for intervention by other people and communities.

In the town of Suzu in Ishikawa Prefecture, Kaneuji also experimented with opening up holes in the structures of the city. Pasting large-sized photographs onto a billboard, a water tank and other objects, Kaneuji squatted existing structures all over the city for his own artworks. Having found inspiration in the kiriko lantern towers used in folk festivals in the region, Kaneuji created his own kiriko towers. The images of hands, stones and sticks penetrating the tower or of liquids flowing from its holes form collages with the surrounding scenery, inviting everyone who gathers nearby into a new relational cycle. 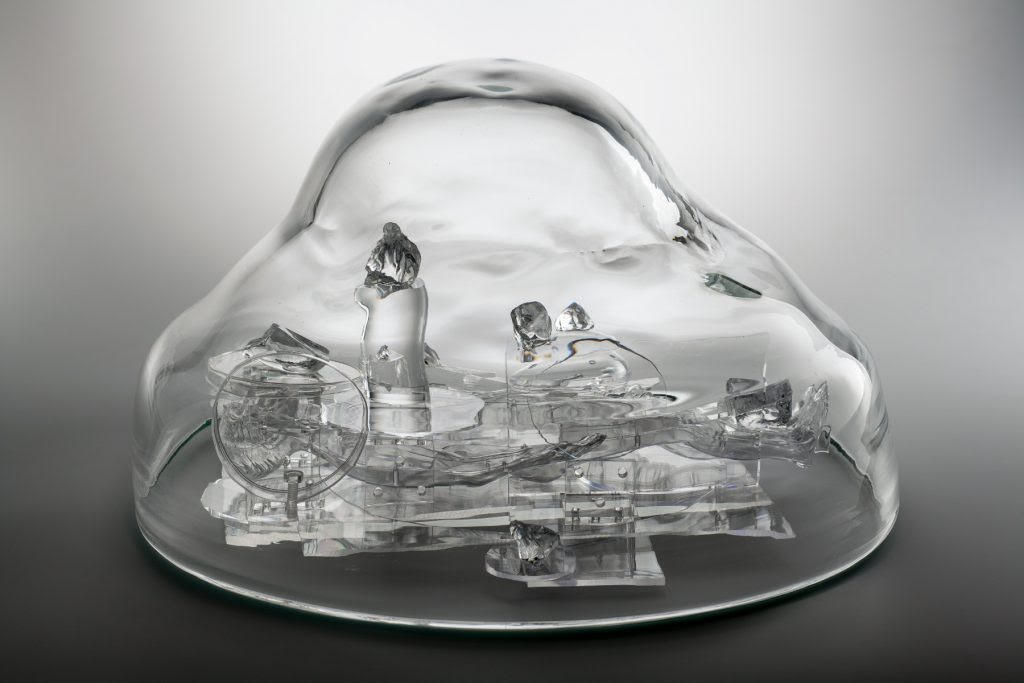 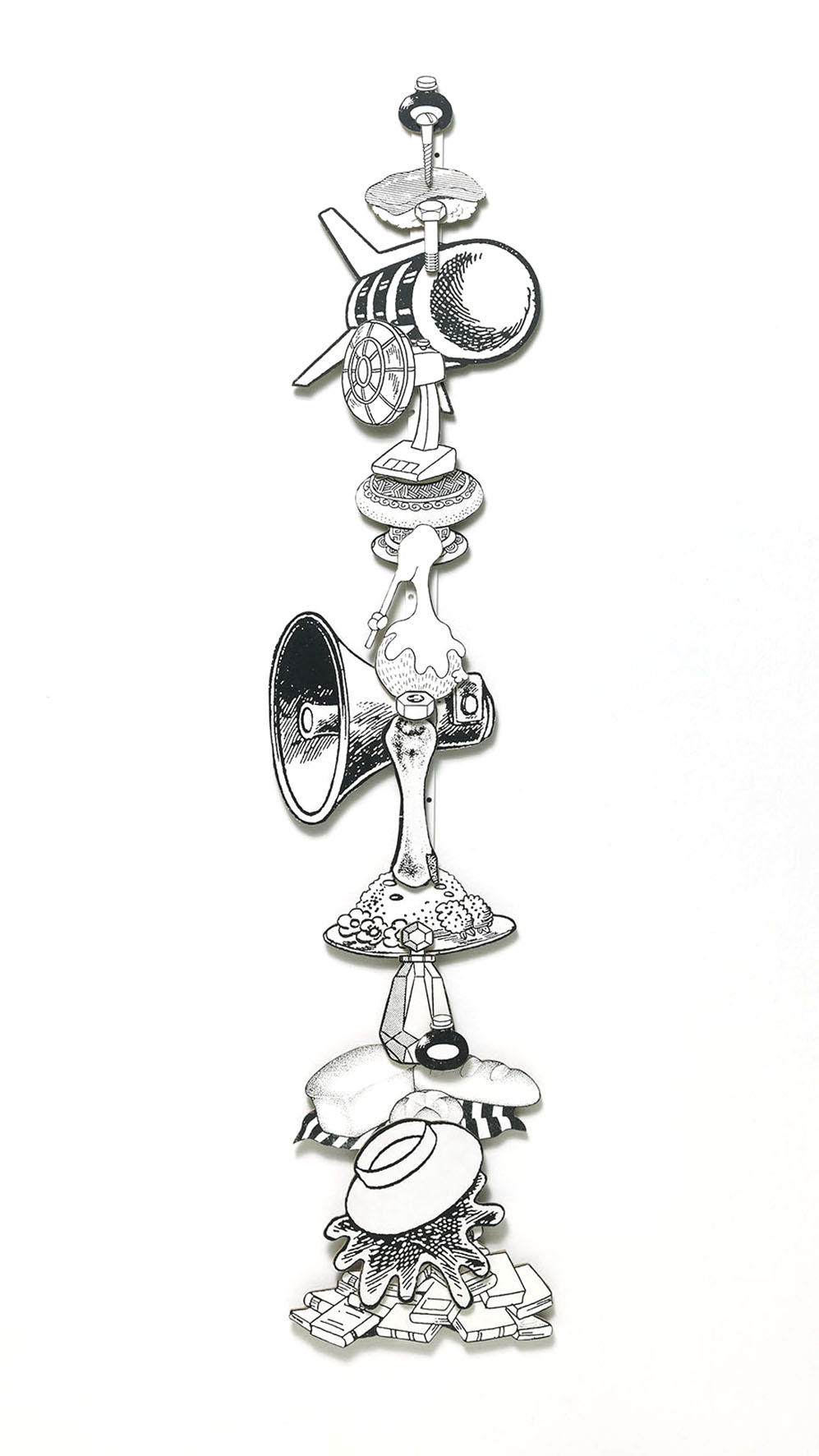 《Games, Dance and the Constructions (Plywood) #2》2014 / screen print on plywood