Gallery’s Picks for the Month (June)

[Gallery's Picks for the Month]

For this month, we will introduce pop artworks that would change the atmosphere of the place, and give a fresh and bright summer mood.
From Bunpei Kado, who is currently having an exhibition at Art Front Gallery, to famous classical artists and young emerging artist, gallerist of Art Front Gallery would like to recommend these works for the month.
Please enjoy it, and please contact contact@artfrontgallery.com or call 03-3476-4868 (person in charge: Shoji / Tsuboi) for the inquiries of the works. 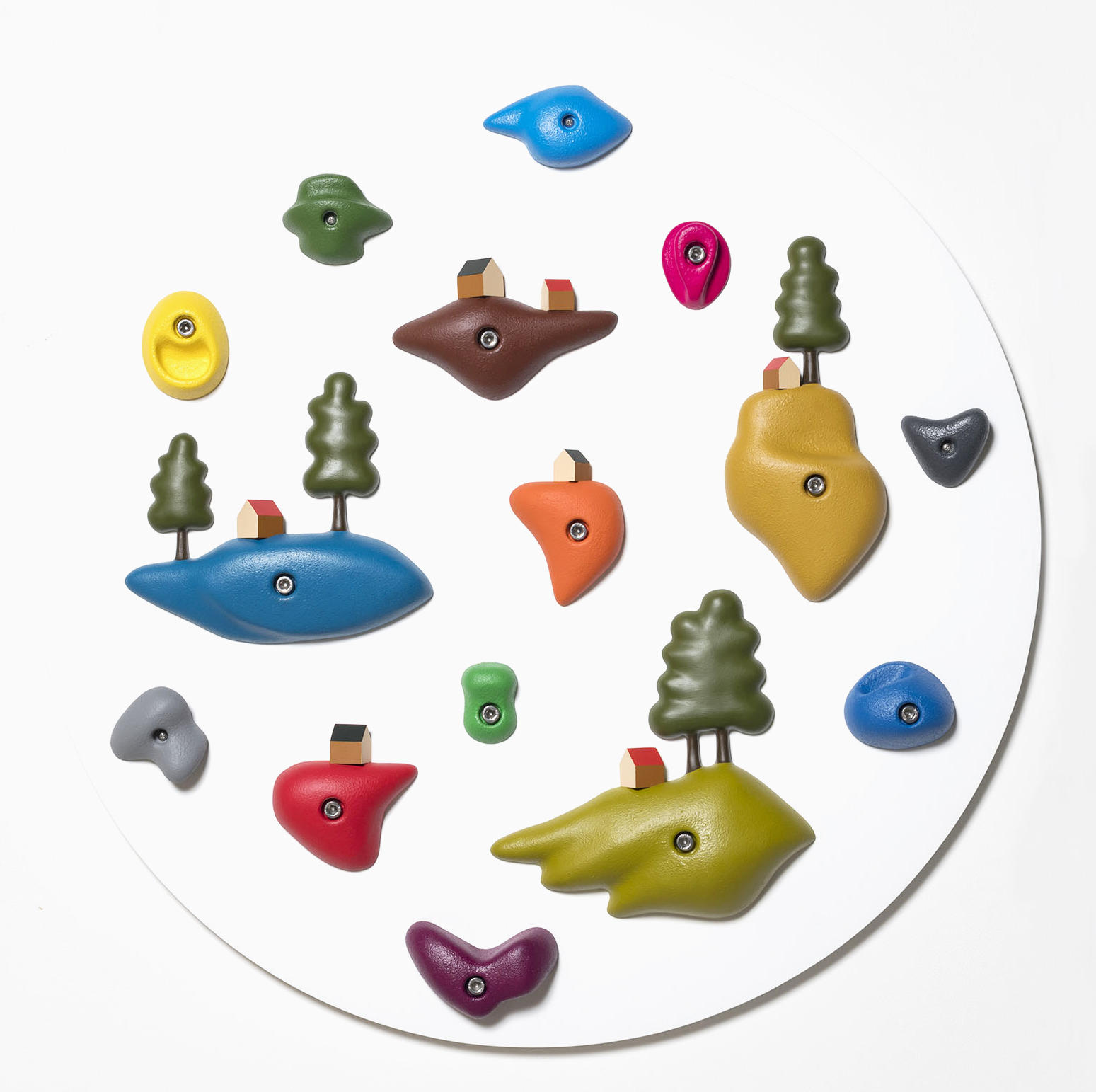 The essence of Bunpei Kado's (b.1978) works is to create new meaning by shifting the functions and contents of the original thing by combining common things in everyday life like a puzzle. Currently, his latest works of the bouldering series announced at last year's Sanwa Company Art Award are exhibited at Art Front Gallery . Floating islands, represented by using vivid and colorful bouldering holds, while having the housing problems of modern society behind them, seem to be created for kids in the future with a bright and entertaining landscape. It is a contemporary art that fits in a living room where you can relax with your family or a children's room, wherever you live together with your family or beloved ones. 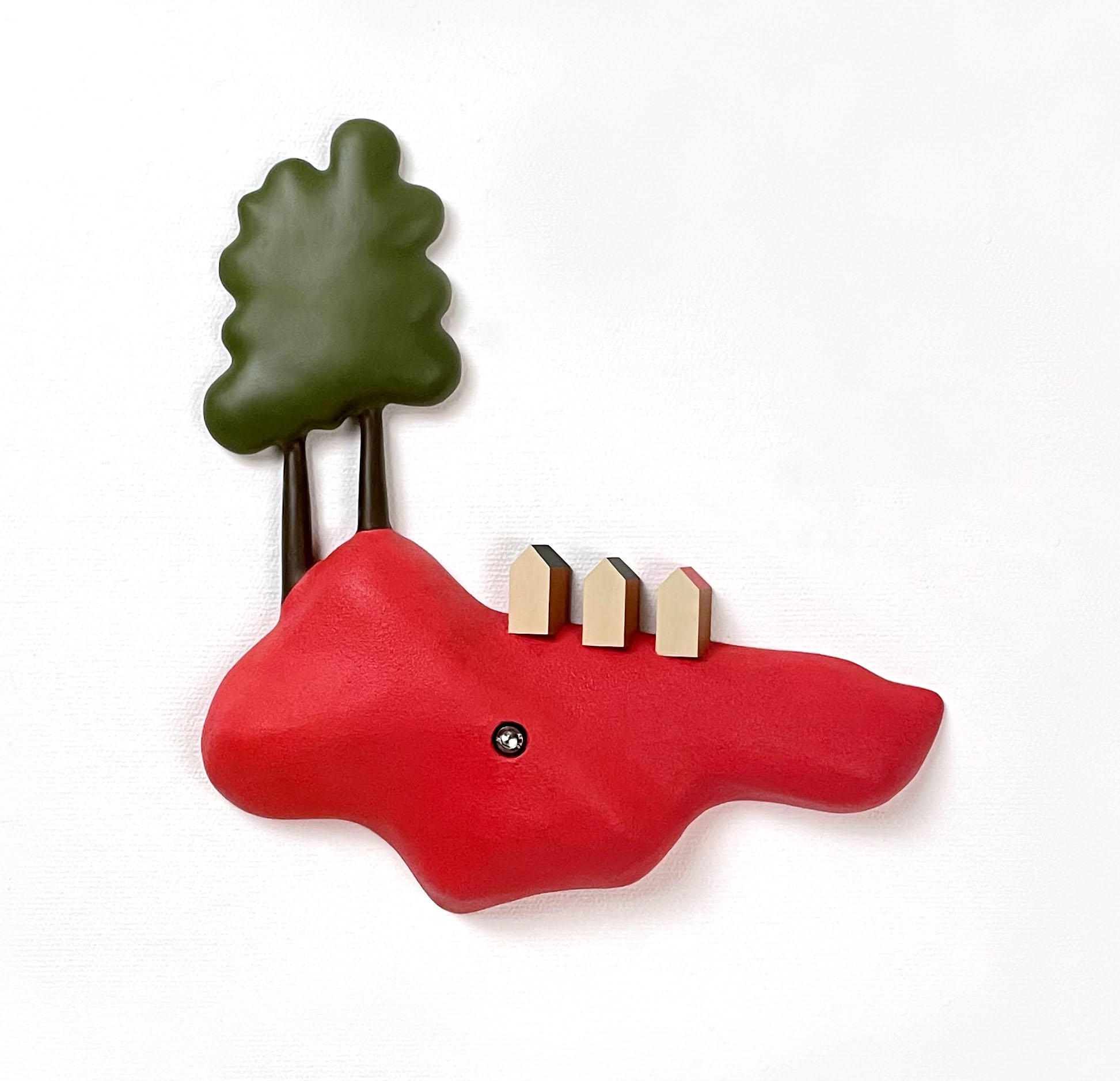 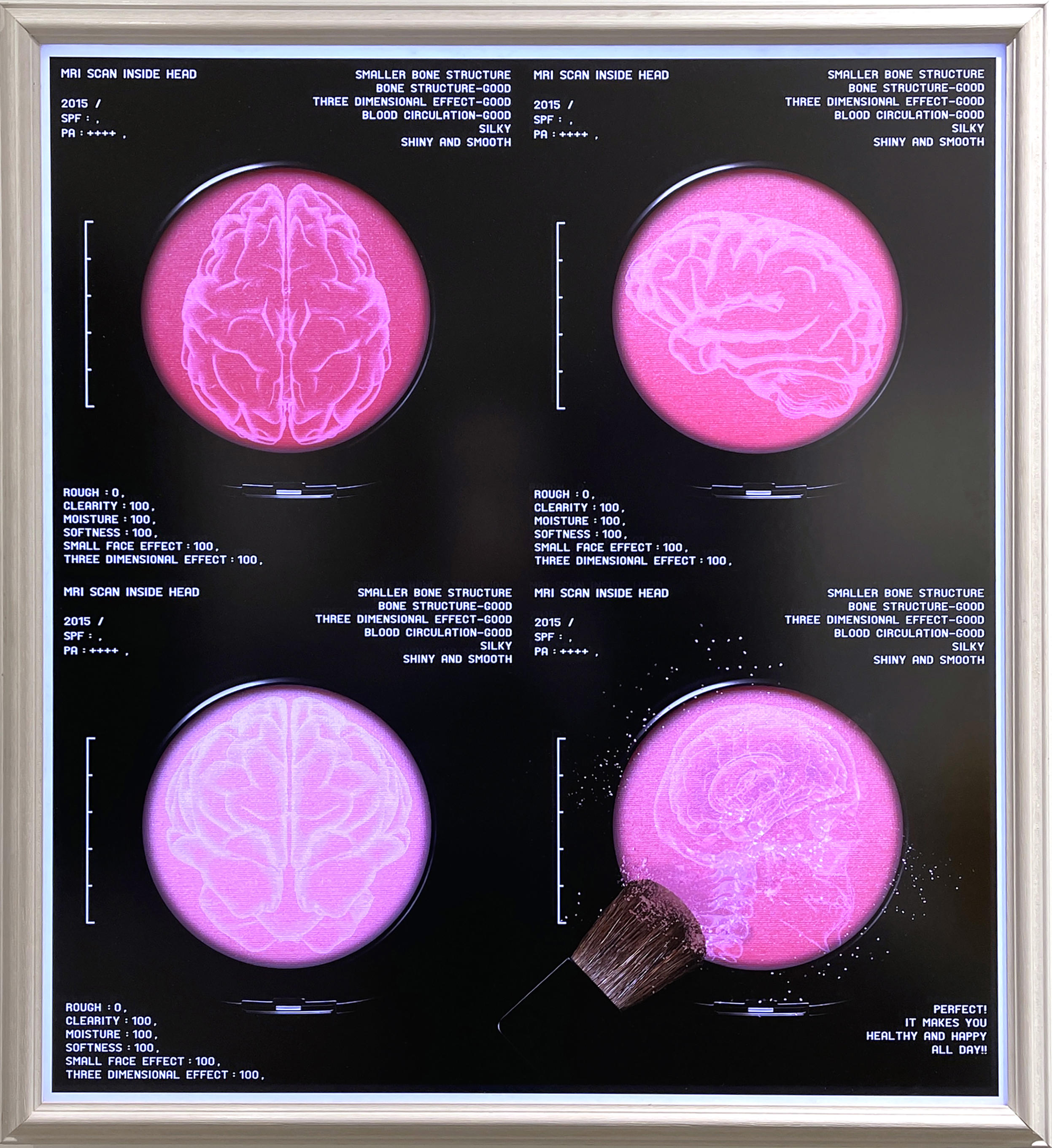 Tomomi Nishizawa is a contemporary artist who creates works in the field of contemporary art with the theme of "the way beauty should be in modern times." In a world where beauty is more inseparable from medical, Nishizawa's work seeks such physical beauty by intervening at a figurative and ideological level, and also questions the boundaries of the body. A work that is sometimes presented with a different kind of beauty can be said to be an attempt to extend the concept by illuminating the truth of beauty acts without being merely critical.
This work with images which can be look like blush at the first time but combined with MRI scans of the brain that lighting up and down like breathing also exquisitely expressed the vague boundary between beauty and medical area.
It was popular with collectors last year's her solo exhibition and at Art Fair Tokyo in this March. Moreover, in the future she will be a remarkable artist and work, and her store produced by herself. 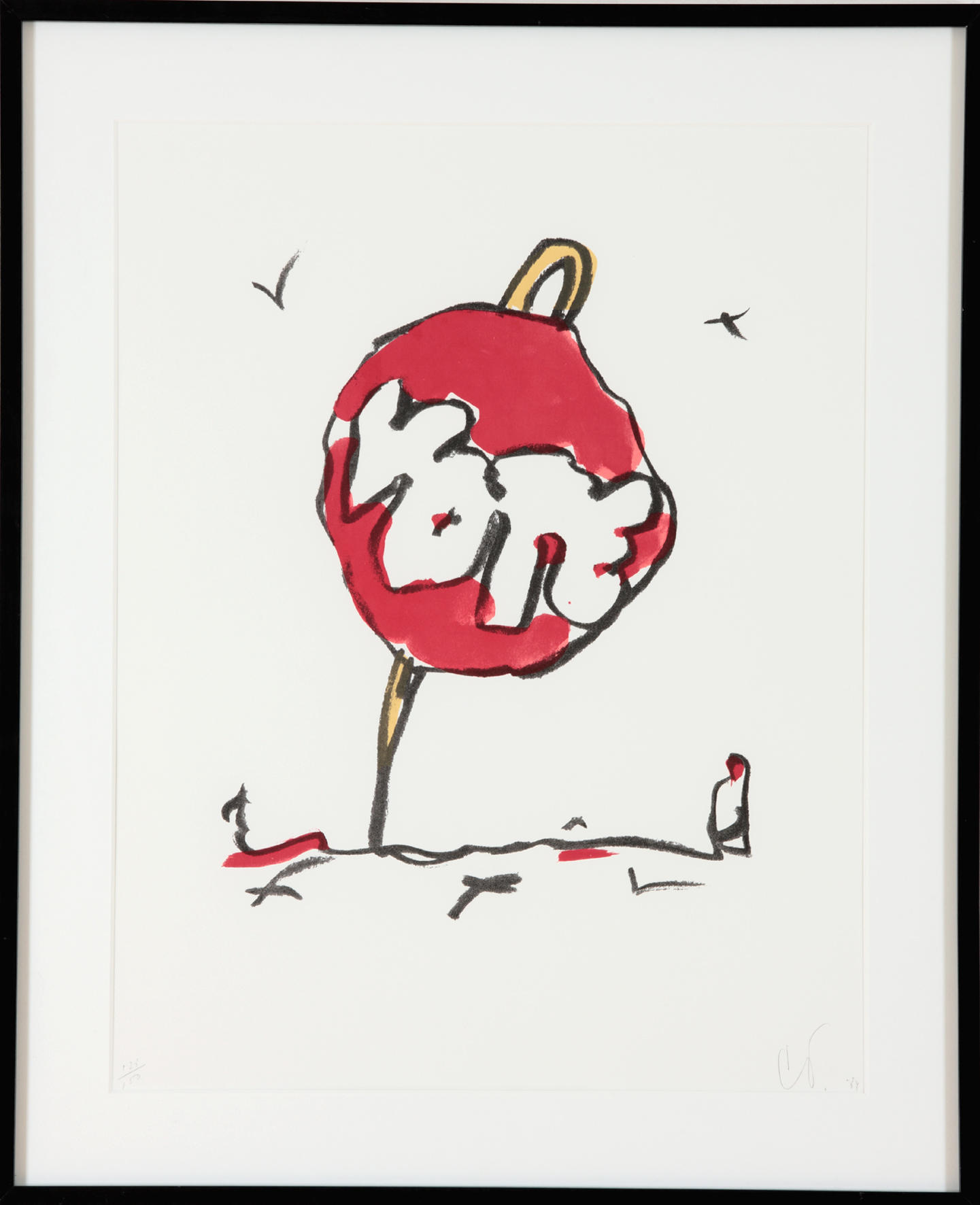 One of the popular American pop artists in the 1960s, Oldenburg is known for his huge sculptures placed outdoors. By extending the scale of everyday familiar objects that symbolize a mass-consuming society, it gives a completely different presence. In addition to his actual sculpture work, there are drawings and blueprints. "Voting Button in a Lnadscape" work would be one of the example. The motif of this work, "Voting button", seems to be a combination of two meanings: a push button that allows you to vote online and a button that is sewn with a needle and thread as in a drawing. In fact, it seems to convey the humor and the importance of casting a vote for various social issues such as gender and anti-war. In Fare Tachikawa (1994), it is possible to see a huge lipstick installed by Oldenburg.
Take the opportunity to get the works of world-famous masters. 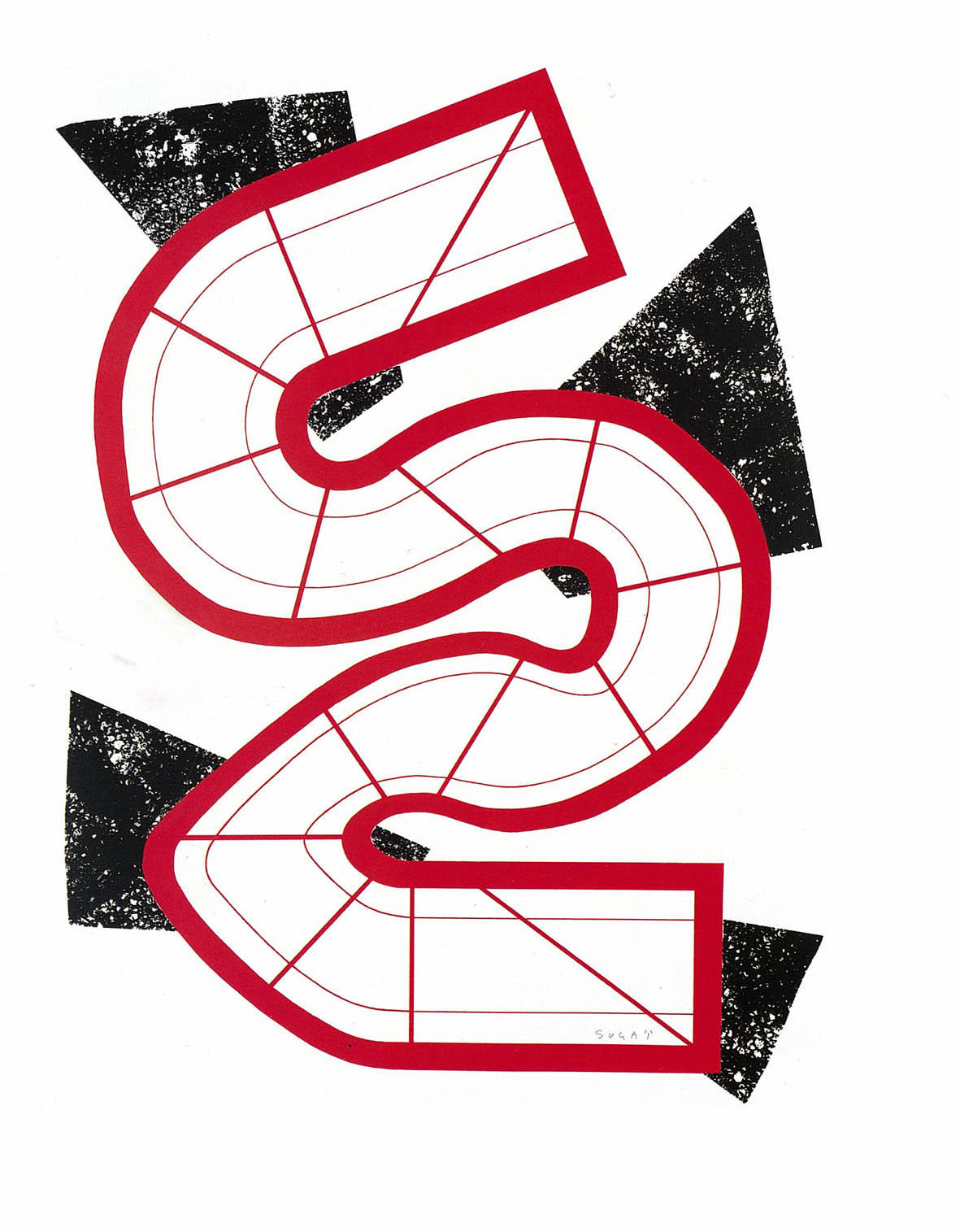 Kumi Sugai (1919-1996) moved to Paris after starting as a designer and gained popularity for his paintings and prints mainly on geometric motifs. He enjoys speeding with his Porsche, and there are many works depicting roads and road signs. In his later years he continued to draw the "S" series, where "S" is the "S" of "Sugai" and also means the curve of the highway. It is an opportunity to own a cutting-edge design that doesn't feel old yet. 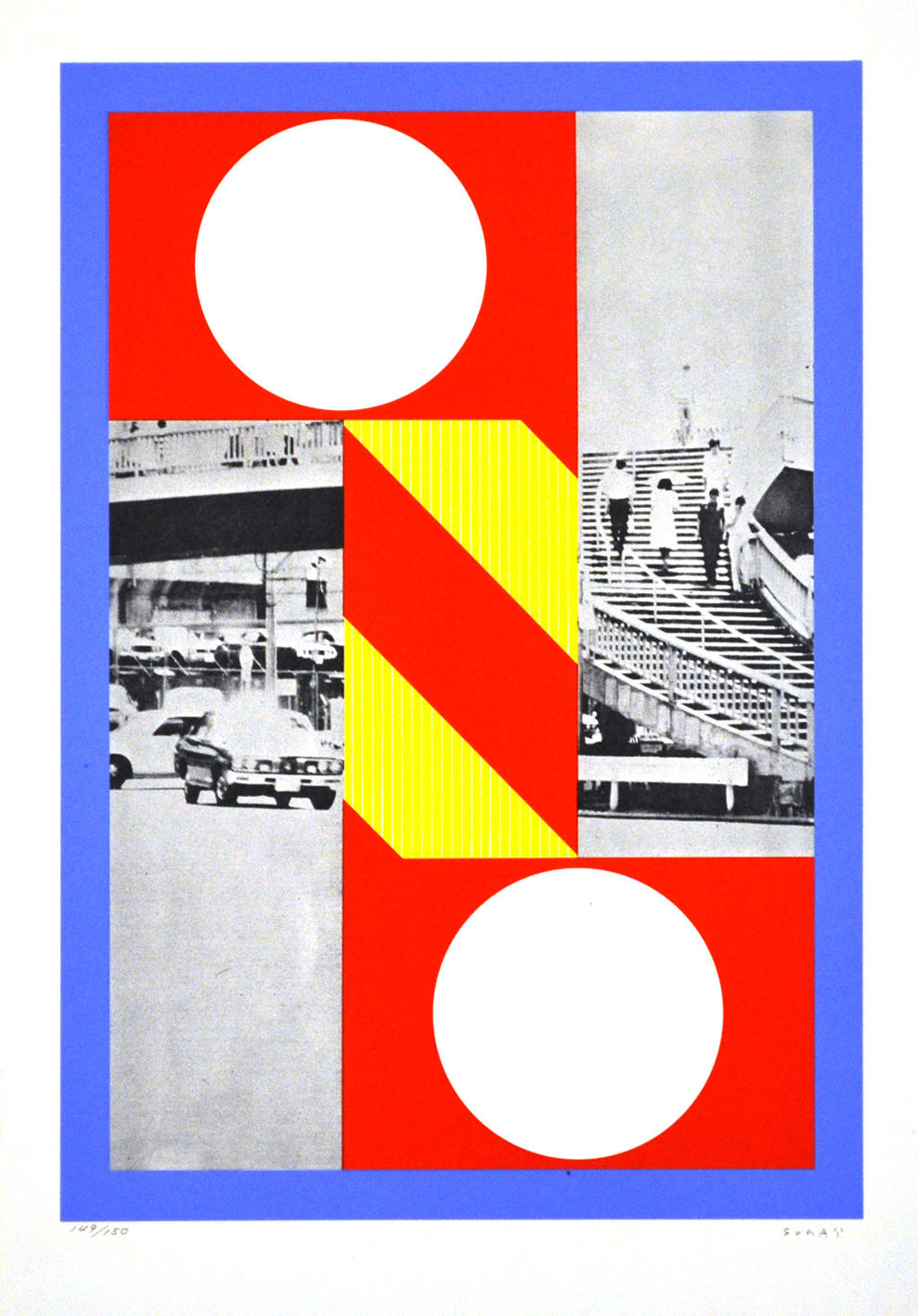 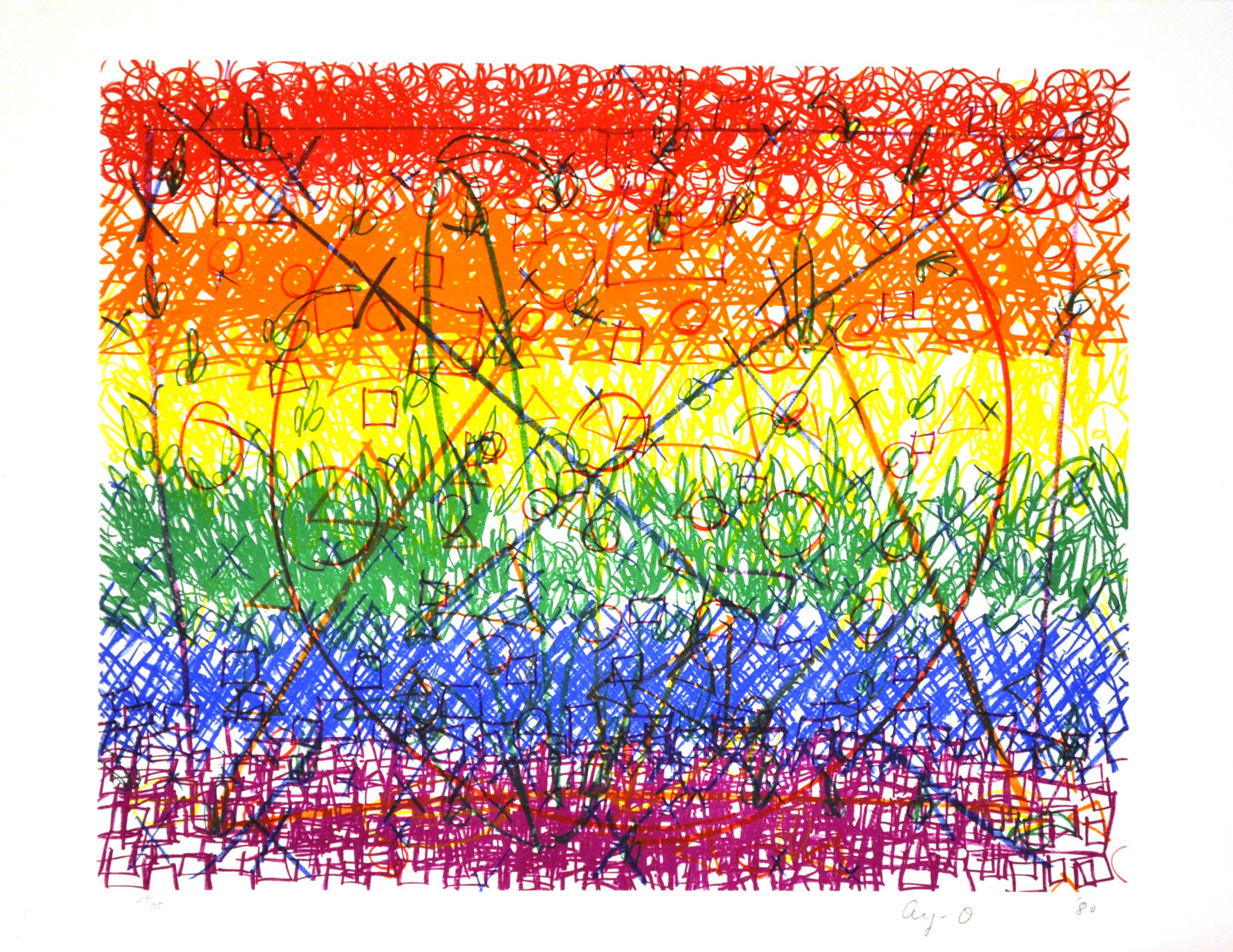 Born in Ibaraki Prefecture in 1931, Ay-O was noted for his brightly colored oil paintings in the 1950s. He then traveled to New York, where he worked with Yoko Ono and Nam June Paik as members of "Fluxus". Eventually, instead of painting with lines, a work of "rainbow" that overlays the spectrum on the motif was born. After presentations at the Venice Biennale, Ay-O gained attentions as the "rainbow artist". He has developed a series of rainbows in various media such as prints and paintings. This time, we would like to introduce the works, "Rock, Paper, Scissors" in 1971 and "Rainbow II" in 1981. Both are valuable works since these are the silk screens in his culminated period. 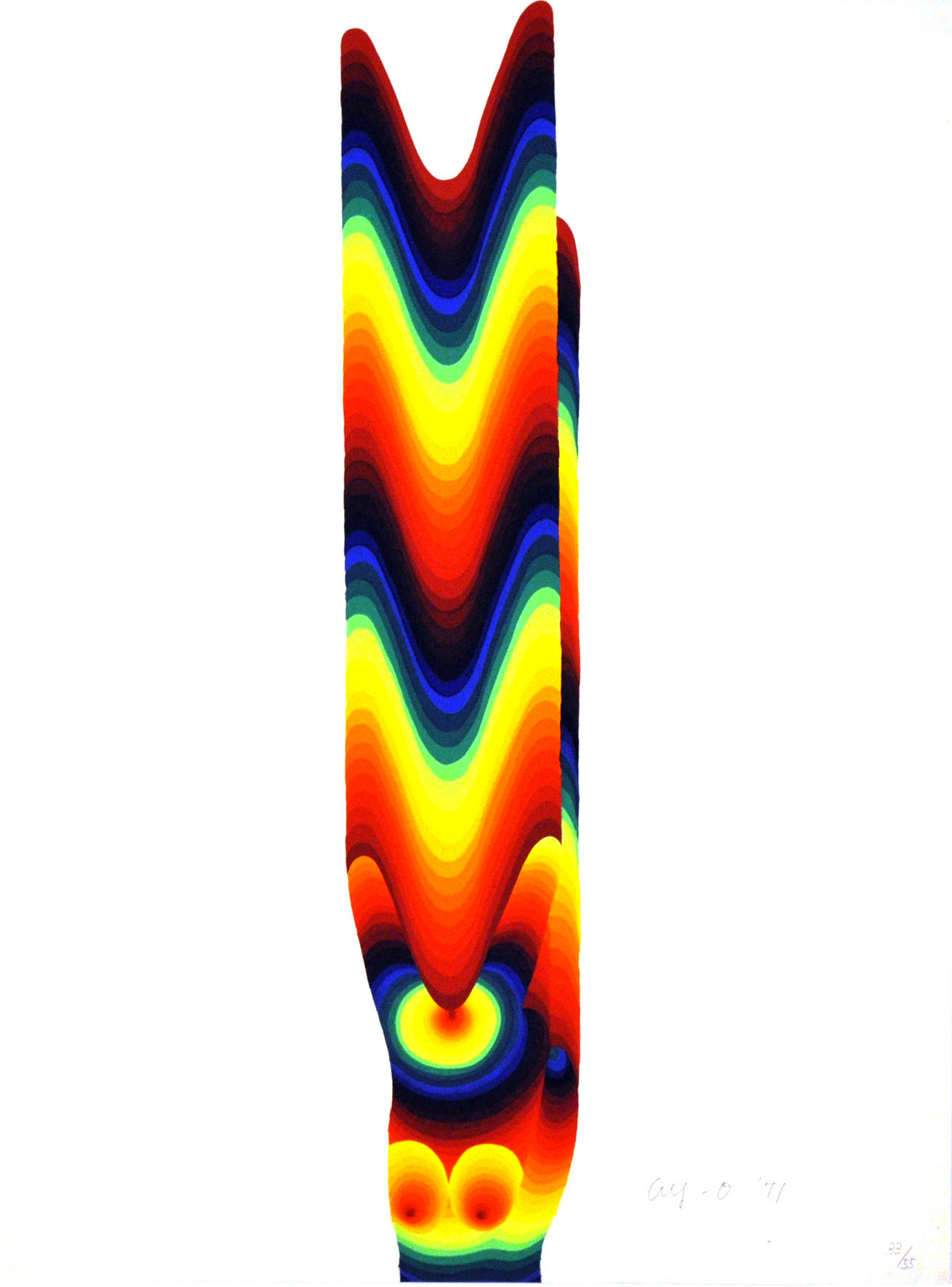