Oscar Oiwa : The World is Filled with Light

We are pleased to announce Oscar Oiwa's solo exhibition: The World is Filled with Light.

Art Front Gallery is pleased to announce the coming exhibition of Oscar Oiwa, entitled Oscar Oiwa The World is Filled with Light.

Oiwa is now exhibiting in Setouchi Triennale 2016 with two spots. At his newest work in Ogi Island, a traditional Japanese house has been transformed into an unexpected space with decorative screen painting. On the other site in Shodoshima Oiwa Island 2, visitors are invited to walk into the World’s largest drawing with black marker on a 12m diameter dome inside a warehouse for soy source in Tonosho Area.

Oiwa travels a lot with a backpack to many corners of the earth often questioning his identity, both personal and artistic identity. The upcoming exhibit in Art front Gallery presents such broad viewpoints through more than fifteen paintings. Among them are the newest Giant Octopus 2 depicting Setouchi with use of gold leaf for the first time, Sumida River inspired by his stay in Tokyo, and Pinheiros River with his childhood memories. These seascape and planes looking down from oblique angle along the rivers seem to emphasize the artist’s belief that the world is one with universal light shedding equally on the earth.

Professor Takuo Komatsuzaki has contributed the essay below for this exhibition.

The World is Filled with Light ? Some New Work by Oscar Oiwa
In the beginning was the Word...All things were made through it and without it nothing was made that was made. In it was life, and the life was the light of men. ( Gospel According to St. John )

Oscar Oiwa’s recent work uses shadows cast by strong light falling at oblique angles. Is this a new step for him? No previous work by Oiwa so consciously deployed light, rather, his depicted worlds have until now seemed to take for granted that light falls evenly across the picture plane, with viewers seeing normal conditions of illumination.

Light allows us to see objects and construct our visual world. Were there no light, we would have no access to the visible. When light is cast evenly, it certainly allows us to see, but it does not make objects stand out, some over others. The world looks homogeneous.

Conversely, when light falls at an oblique angle, objects cast long shadows and deep contrasts appear in black and white. This highlights some presences and reduces others. Some objects assert themselves within the ambiguous world, in their particular forms and masses. You might say it is by this technique that Oiwa clearly manifests his intentions.

A clearly manifest world? Is light not a kind of life and language? Words grasp the world’s structures, and Oiwa seeks to grasp that same world too. He does not just depict, but tries to grasp the world, in the same way that language - that expression of human reason - does.

Urban structures and mollusks reflect in water, or live at the bottom of a pool. Do they represent mysterious darknesses, suggestive of the anxieties of our world? Surrounded by uncertainty and absurdity, we feel barely alive in the corners of our cities. Light falling across the picture seems to wipe away such uncertainty.

Light running askew provides outlines that enable us to gain a sense of certainty, thanks to which the realities of existence are restored. Reason comes through words, and words are life and light. If you want to grasp the world clearly, view the art of Oscar Oiwa, and you may also wish to remember the last words of Goethe - ‘mehr Licht!’’ 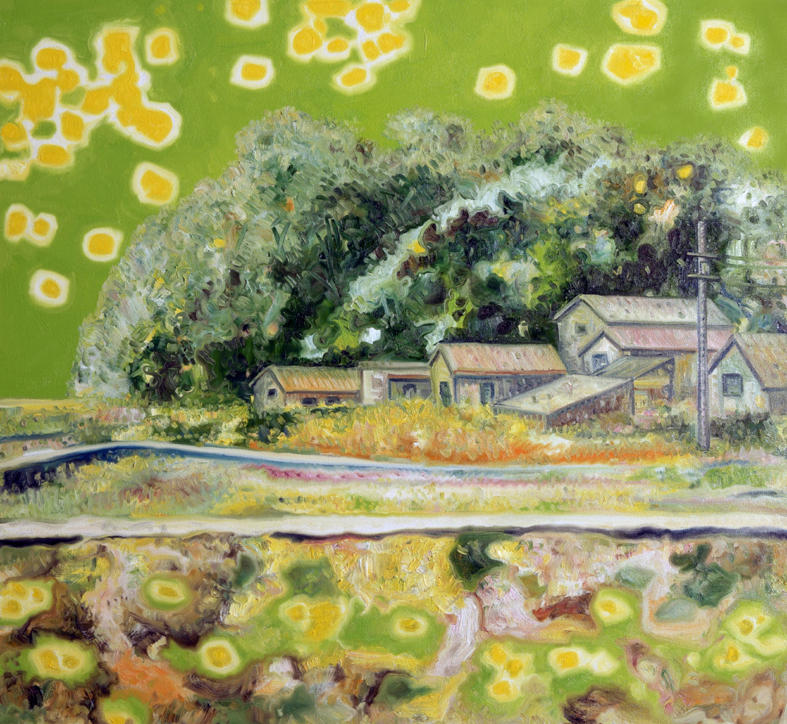 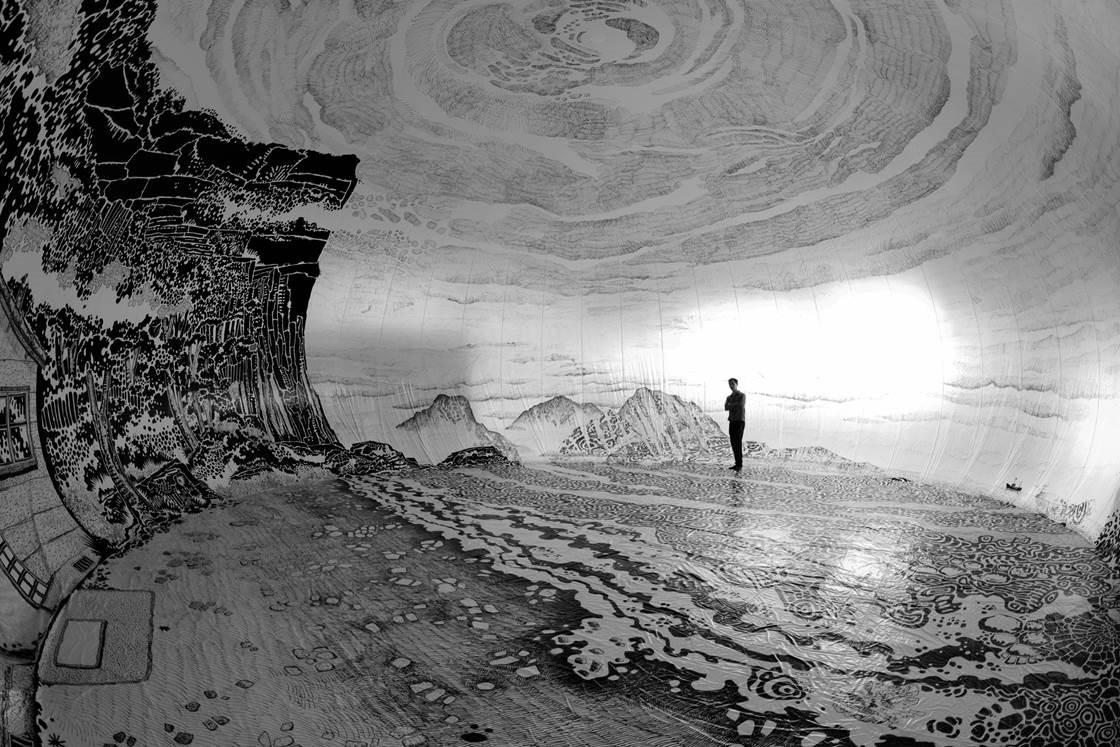